The Psychology of fans and the types of fans is different.

In a lot of ways – it’s similar as other tight-knit communities (like the gaming community).

When you’ve been a part of the community for long enough you notice patterns.

Some of these patterns show up whether you’re a casual fan, a newcomer, or someone who’s been watching or talking about it for years

Not all of these “patterns” are positive either, as many fans will admit to.

I see it everyday and it never gets old.

What are the types of fans?

There’s quite a lot, with new one’s in the last decade.

There’s both good and bad.

Let’s focus on that and how it translates. 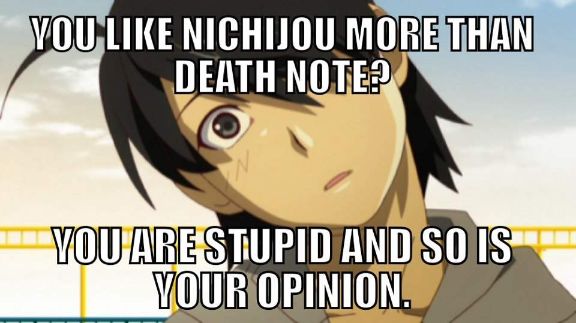 Might as well get the most obvious one out of the way first.

The elitist is the fan who’s responsible for pushing people away from the community. The type that scares newcomers because of their toxic logic and unbearable snobby attitude.

The elitist is the enemy to the community and is the main reason some people have bad things to say about fans.

These types are constantly looking for attention to validate themselves.

Related: 7 Outrageous Criticisms About Anime That Will Make You Scratch Your Head 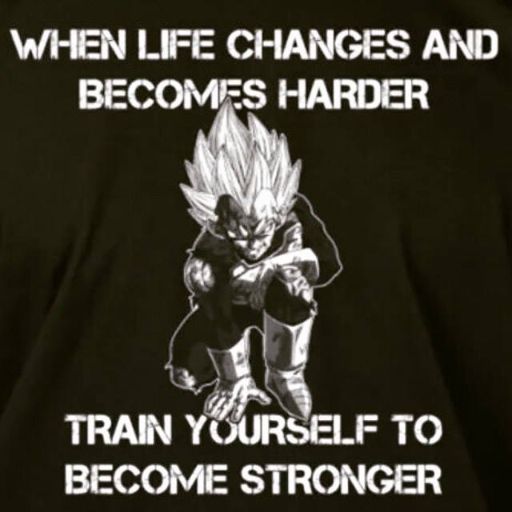 These types of fans are motivated by the anime they watch. And unlike the elitist, they don’t use as a crutch to “flex” their so called dominance.

Instead they use the amount of they’ve watched, or the they do watch as a source of motivation.

They then use that motivation to share knowledge with the community, or they just use it in their everyday lives to push themselves. And even achieve their goals. 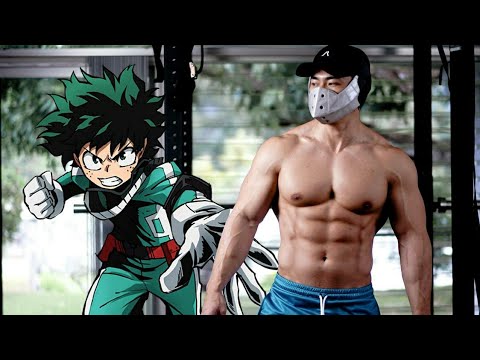 He makes videos and combines exercise with motivation.

In fact this is what he does for a living. It’s part of his business. 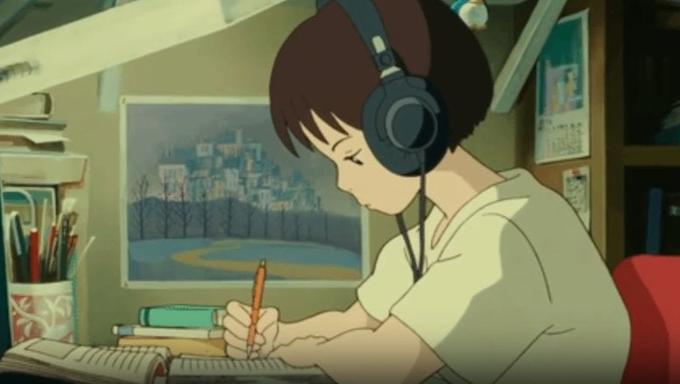 This type of fan is self explanatory. They’re students of and they’ll take what they learn from anime and apply it in real life.

These types of fans are similar to “the motivated” type since they both crossover.

posts relating to life lessons are the types of content these fans dig into. And will read up on.

A lot of these fans are right here on Motivation. 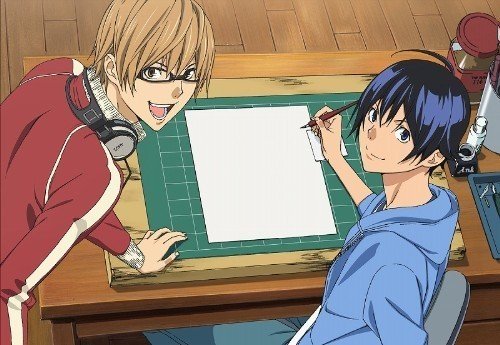 The creator is also self explanatory. They create as a result of becoming fans and watching . The reason they watch is to take and be inspired for their creative work.

The “creator” fits into these categories.

artists who draw on sites like Pixiv can be classed as creators. They’re love of lead them to create and be artists in the first place.

The same is true for Mangaka’s in Japan and outside of Japan as well. And it’s no different for writers, authors and anyone who creates in anyway, shape or form in the industry.

Yes, this is a type of fan. As insane as it sounds it’s actually legit. Even if stupid and senseless.

The culture vulture type of fan dives into the community, watches a few , and becomes a supposedly genuine fan.

What they don’t show you until later is they have a hidden agenda.

That agenda relates to:

Culture vultures are everywhere in the community these days.

Relevant: The Rise Of Anime Culture Vultures Infiltrating The Industry (In The Last Decade) 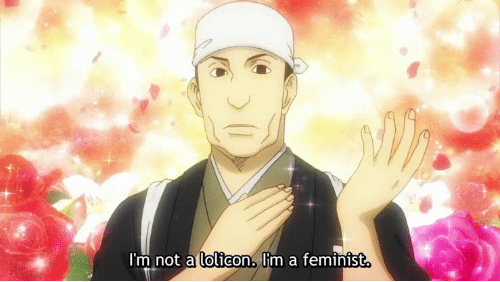 I don’t have to say much about this. It’s obvious where I’m going with it.

Even though it’s a smaller portion than it seems on the surface, there’s a group of loud feminists who are fans. The types of people who make “real” feminists look bad.

The psychology of these fans will berate every little thing relating to women in . Even if it’s within context, they’ll ignore it to push a narrative.

Some will even write cringe headlines (if they publish content) and then play mental gymnastics rather than be direct and straightforward about their points.

For good reason – this type of fan is the minority.

Some have even tried going to Japan to force their rhetoric on the Japanese, and FAILED obviously. 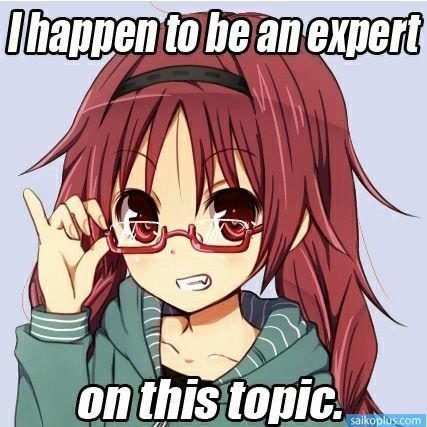 The expert shouldn’t be confused with the elitist.

There are elitists who’ve watched 100’s and 100’s of shows…. But their attitude and the way they treat other fans is why they’re elitists. Not because they’re experts.

fans who’ve been watching for years and have plenty of knowledge are helpful. And they share their knowledge without ego or arrogance.

Unsurprisingly a lot of these types are:

They share so much knowledge they’re responsible for bringing new fans to the community.

If it wasn’t for this group a lot of websites and news outlets wouldn’t exist. Especially not to the degree that it is today.

There are fans who only watch casually. And don’t get too involved in the community.

These types of fans are “casual”, meaning they’re laid back about and aren’t too fanatical about it.

They watch as and when. And if they have time to watch it.

isn’t a commitment, a habit or something they’re involved with everyday. But they respect (and the community) from a distance. 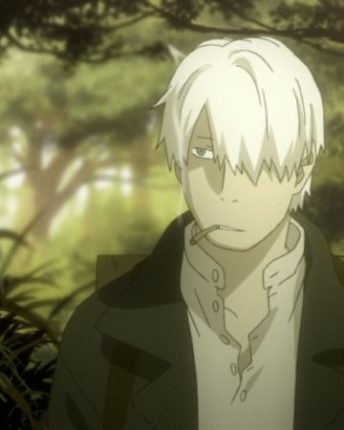 The psychology of this type of fan is similar to a rebel. They reject the typical mainstream shows, and watch a lot of unknown shows.

In fact they’re the types who give you recommendations you’ve never even heard of. And aren’t the biggest ravers when it comes to shows the whole world already knows about.

They pride themselves on this knowledge. And even though they’re not elitist, they do stand by their style of watching .

And they offer a different perspective from the mainstream crowd. 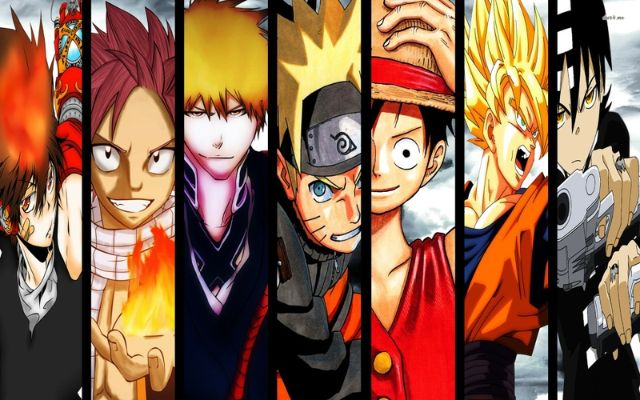 And of course – the mainstream fan. The psychology of this fan is obvious.

They know all the mainstream shows and a lot of their favorite are mainstream.

Some mainstream fans haven’t even watched more than a few . They sound similar to casual fans but they’re actually different.

Mainstream fans don’t watch anything outside of mainstream shows. And will stick with one or a few of their favorites for years. Without watching anything else.

I used to be one of these fans.

At one point I only watched , Pokemon and that’s about it.

I graduated some years later and haven’t looked back since.

Related: Sorry, But The Anime Industry Isn’t Mainstream Yet (And Why it WILL Be In The Future) 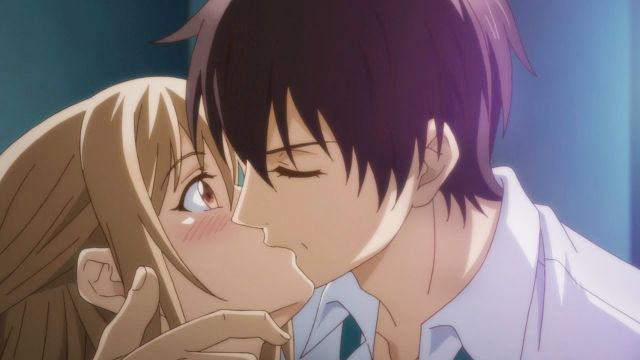 The romantic type is obvious. They LOVE romance to death. And anything to do with:

Waifu’s is a separate category by itself unrelated to a type of fan. But the psychology of the romantic is drawn to this for obvious reasons.

Romance shows have tons of ’s (or Husbando’s if you’re a female fan).

This is where you find tons of ideal types of boys and girls, men and women that you’d wanna marry or be with if they were real.

And besides that – the romantic just loves romance because they tend to be emotional and meaningful. 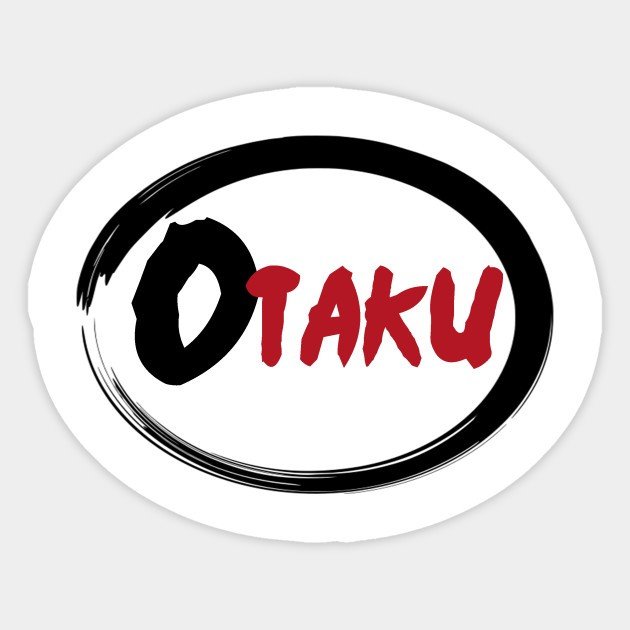 The Otaku is plain and simple. They’re gamers, love , including dating sims and all kinds of sh*t.

They , , and invest a little heavier into the community than other types of fans.

Otaku’s aren’t into to the point of extreme (only Weeaboo’s do that), but they are passionate.

How would you describe the psychology of fans?

I really can’t figure out what kind of anime fan I am based on the descriptions given here, so I’ll say how I feel about anime & the anime community, & maybe you could help me ID myself. When I started watching anime last March, it was just a distraction from a really painful back & neck injury I had got a few months before. I knew absolutely NOTHING about anime & had never even heard of manga or vocaloid (I’m still not a gamer). In fact I only started watching Haganai on YouTube cuz I’d googled a cute picture… Read more »

I appreciate you sharing your message with me.

From everything you’ve said I’d say you’re a mix of:

You could even throw motivator in there, seeing as anime has made an impact on you. Especially in a way not everyone can speak of.

I’d read this to dig a little deeper: The Surprising Differences Between – An Anime Enthusiast, Otaku And A Weeb

woah i’m in creators (i like making novels) and underground fan then!

I can’t decide it myself so I might ask my discord or fb friends about me
Btw I make amvs so I might be in students and creators catagory but I still very few though
https://youtube.com/channel/UCvUm9TfT0JP3ViqJujdKozg
It’s my channel link. I request all of you anyone including author to visit my channel and watch my amv and if you like please subscribe my channel

When did you make this article? I am citing this for references (:

Let’s talk psychology…. the original 1980s definition of “otaku” describes, what is now known today as the characteristics of autism, yes, the original Japanese “otaku,” nerdy, socially withdrawn and inept, obsessive narrow interests, etc. are all wrapped up in a kawaii little package called autism. In order to be part of the stigmatized “club” of “otaku” you will need to be Japanese and autistic, the consumption of “Japan cool” culture does not an “otaku” make. By definition, an “otaku” is someone you would not normally associate with, nor they with you. After 37 years the word “otaku” has changed in… Read more »

I am in the creator catagory. I love to write crossovers