Not every anime is Moe like K-On or light-hearted like Love Live. You can watch those anime with anyone and everyone.

But when it comes to anime shows with nude, graphic, violent and disturbing themes… You might want to think twice.

Here are some anime to avoid with parents.

Anime You Should Never Watch With Parents: 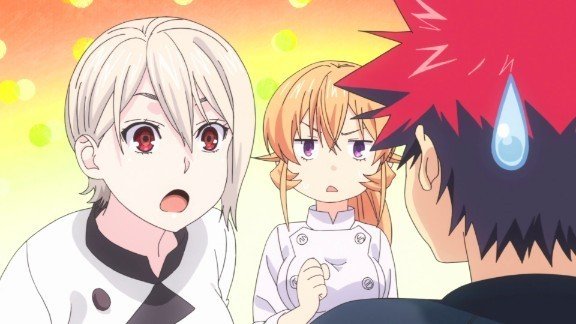 Food Wars on the surface is all about food battles and competitions. So at first glance – you wouldn’t even believe “nudity” was a thing.

And while it’s not full-on nude, Food Wars is an series with male and female fan service.

Naked bodies of both guys and girls is a common thing here, used to exaggerate the experience of “tasting good food”.

I doubt most parents would be able to wrap their heads around it! 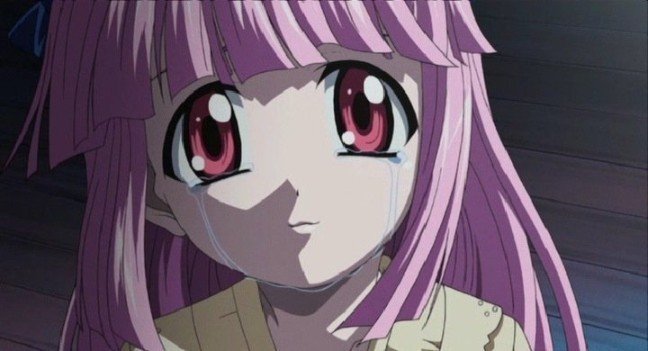 In Elfen Lied – heads pop off like a coke-bottle cap. And naked bodies is a common, but sometimes weird occurrence.

The 1st episode spells it out with red ink, literally. As Lucy mercilessly spills the blood of everyone who’s held her captive for so long, in a laboratory. Before making her escape and ending up on a beach. 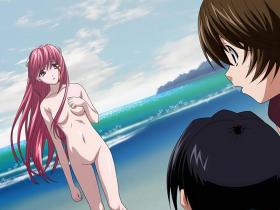 And let’s not forget the concepts of child abuse later into the Elfen Lied series.

It’s not recommended, and will only make you uncomfortable to watch with parents, anyway.

I don’t even have to say too much about this sickening, dark and twisted series.

School Days is one of the more “gruesome” anime shows ever made. And for good reason.

And some other crazy stuff I wouldn’t dare to watch with parents. 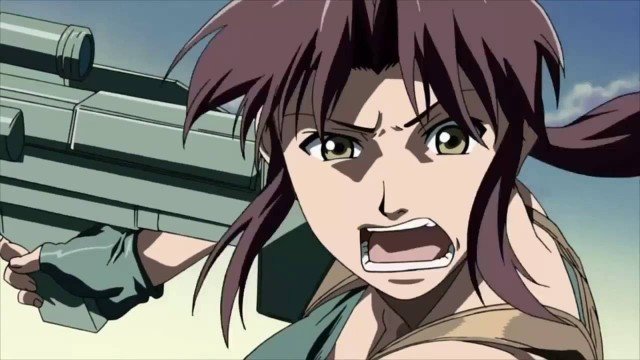 Black Lagoon is a gangster-series about the Lagoon company. An independent set of mercenaries who smuggle weapons, people, and whatever else to get paid.

Each one of them (especially Revy Rebecca) has a dark, sickening past. Where she was abused and even raped by a police officer.

This anime is no joke.

Plus the portrayal of the underworld, drugs, prostitution and everything else ugly is a common theme here.

There’s nothing pretty about it (except the women, and the engaging action scenes). 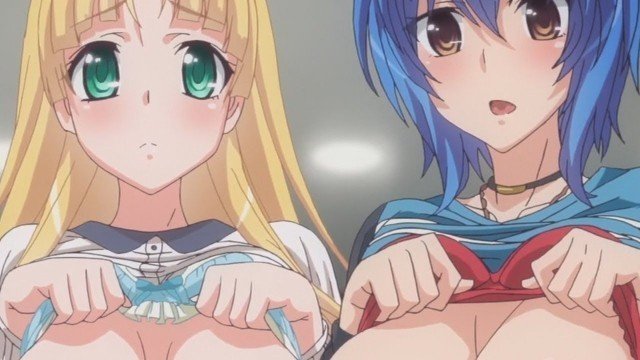 All you’ve got to do is look at the image above, and that should be a tell-tale sign.

High School DxD is the most famous Ecchi series of the 21st century. Mixed in with some action and fantasy, of course. And unnecessarily girls for main characters.

Unless you’re comfortable watching girls get naked, fan service and all things related with parents… this is best avoided.

Read: 5 Anime Shows That Take Fanservice To A New Level Of Stupid 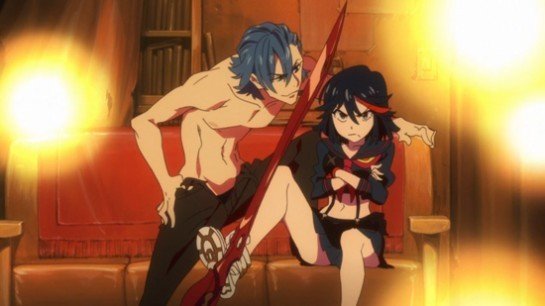 Kill La Kill knows how to make “action” look impressive. The battle scenes are some of the best looking I’ve seen.

But then you have to remember – is also an series, with skin-tight sailor slapped onto the main characters bodies.

Shown and expressed in all its skimpy, but hilarious style.

Your parents will never look at you the same ever again if you watched this with them.

7. Haganai: I Don’t Have Many Friends 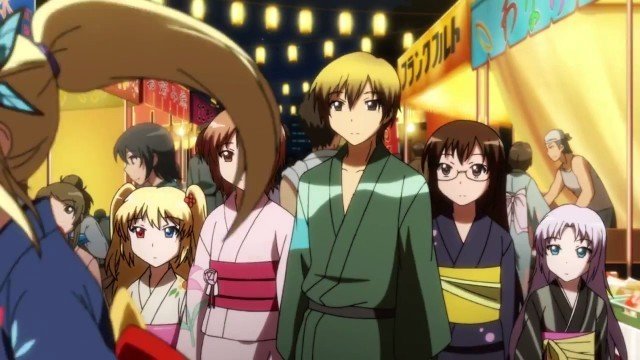 Wait – isn’t this just a school series with a little comedy and romance?

That’s true. Haganai’s main theme though is loneliness. Hence why the main characters create “the neighbors club” to make friends with people.

But what happens in between the meaningful themes and plot, is , lewd things the characters get up to.

Mostly the girls (there’s only 1 guy).

The foul language in this anime is almost comparable to Black Lagoon, so that’s another reason to not watch with parents. 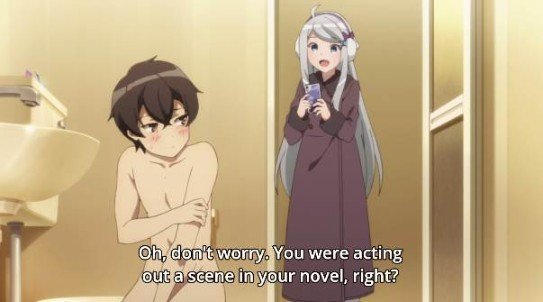 What good is it if you can’t watch the first episode with your parents?

The first episode in A Sister’s All You Need… Or should I say – the first 30 seconds is enough to deter anyone from moving forward.

And besides – once you’ve seen something, you can’t undo it. So it’s probably not worth doing it, even as a dare.

Relevant: 6 Of The Weirdest Anime You Might Not Be Able To Take Seriously 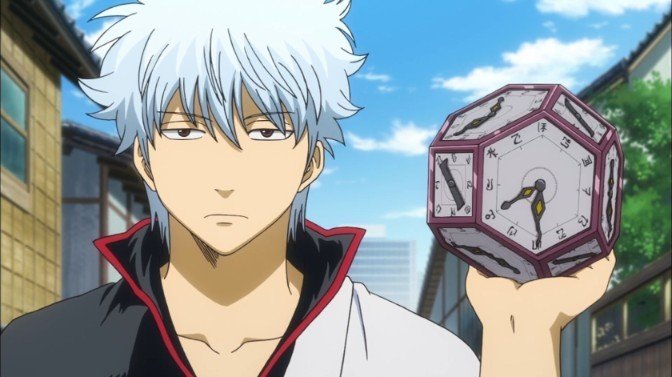 On the surface it seems too innocent to mention. But only a fool wouldn’t recognize why you should avoid watching with parents.

Gintama has it all.

Depending on what type of parents you have, on top of how anime is perceived in the first place, watching Gintama with parents is a BAD idea. 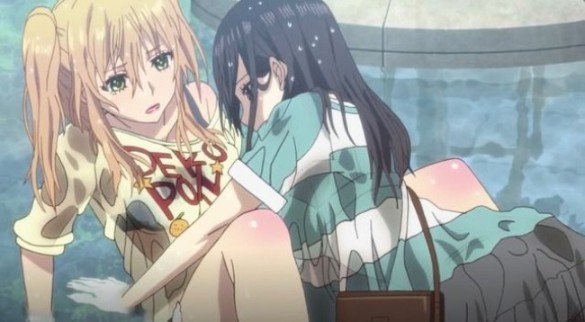 Citrus is a raunchy, lewd and extreme series for its lesbian themes and romance.

I’d say it’s a little too much for most viewers (that’s why it wasn’t received too well).

The first episode dumps the whole thing on you without warning. And I’m confident by time you’ve finished episode 1, you’ll be regretting your decision to give it a try. 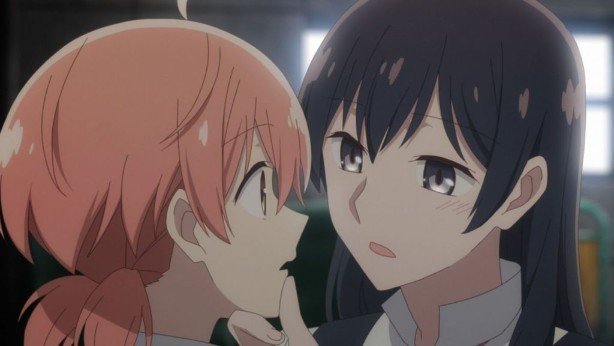 Bloom Into You, on the other hand, is a classy, clean and subtle version of Citrus.

The animation is nice, the “lesbian moments” are slower and more paced. And it’s not overwhelming, regardless of your interests.

But even still – there aren’t many parents that would “feel right” having you watch this type of series.

Especially with them in the same room.

12. Higurashi: When They Cry 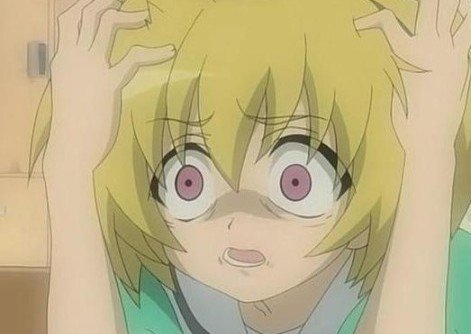 Higurashi is one big psychological experiment. With each character being a victim.

Depending on the episode, you’ll see a certain character put through some hell-ish, psychologically damaging experiences that F’s them up.

And the violence isn’t exactly PG.

It’s the kind that’s hard to stomach or keep your eyes glued to. Because it’s so ruthless and disturbed on too many levels. 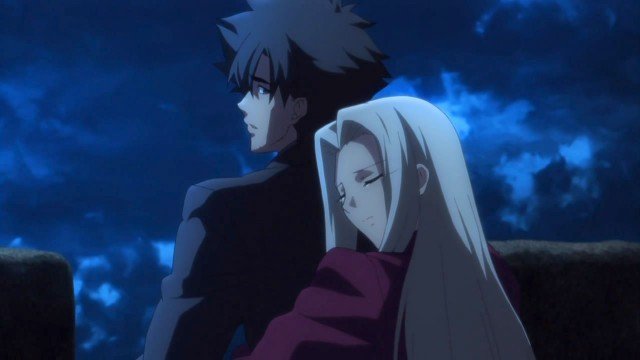 Besides the obvious 17+ violence in Fate Zero, and the “no F’s given” approach to brutality, the most disturbed part of Fate Zero is Caster and his master.

Caster kidnaps children in the city during the night, and then takes them back to his underground lair. I’ll leave it up to your imagination as to “what” happens.

And Caster’s master is no better.

He works with him and allows it all to happen. Because he’s literally lost his mind and gets a kick out of it. 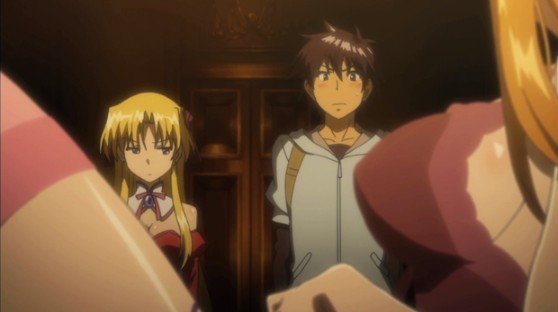 Campione is a little more lightweight when it comes to its /romance. But even still.

This is NOT the kind of anime you’d wanna say “hey mum/dad, we should watch this together”.

That won’t turn out very well for you. 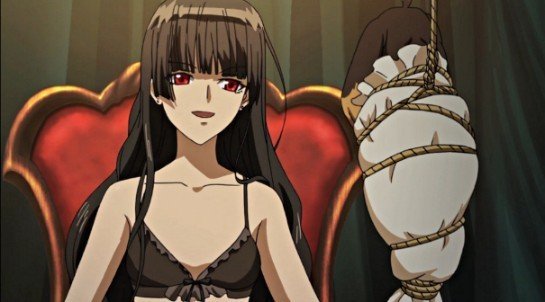 And that reason is: Dog & Scissors is about a deranged, sadistic girl who’s sexually attracted to a talking dog.

The entire anime is dedicated to watching the main character torture (and take pleasure) from the pain inflicted on a guy who reincarnated as a dog.

Scissors are one of the “main” choices of tools used by the female protagonist: Natsuno.

In case you’re wondering – this is apparently a comedy series.

16. The Familiar Of Zero 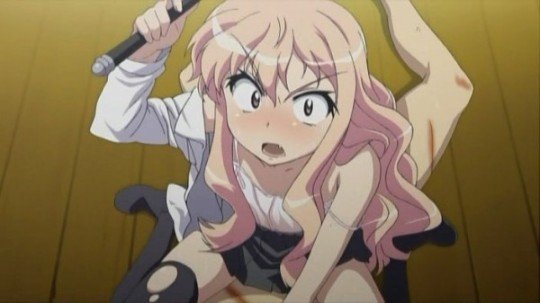 The Familiar Of Zero can be summed up in a sentence: a female character who takes pleasure in “physically abusing” the male protagonist.

Whipping, kicking… You name it. And after the anime finishes – apparently there’s “romance” between those same characters.

That might be a bit much and your parents will get the wrong idea. 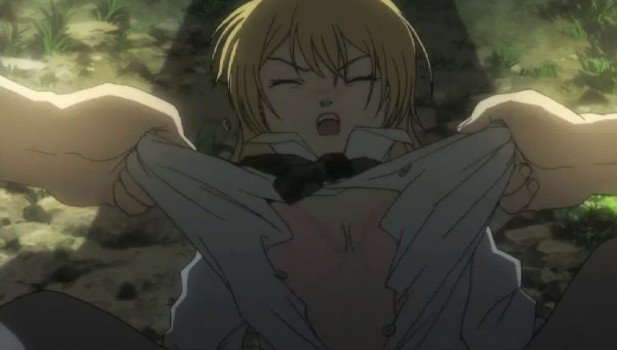 Btooom! is violent. From my perspective – the violence is exaggerated and unnecessary.

But then there’s the early “rape” scene in the first few episodes of Btooom! And all the messed up scenes that follow from there.

That’s enough to see why watching this with any parents (or even family) is a bad idea.

Related: 20 Of The Most Dark Anime Shows 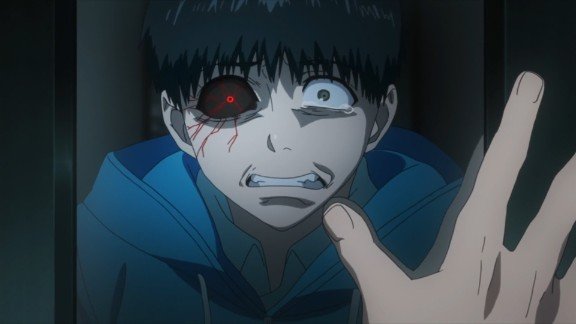 The fact is: Tokyo Ghoul is a disturbed horror series with some graphic scenes some fans can’t stomach.

The first few episodes show you that first-hand, as a “ghoul” is witnessed eating and chomping on live flesh. With sound effects that’ll make you cringe.

This is too uncomfortable to watch with family, parents, or even by yourself. Depending on your level of tolerance.