I’ve already done a post about anime fans who make the community toxic, and my points there scream loud and clear even to this day.

I’ve also done a post talking about how anime elitists ruin the industry for all of us. They’re the reason some people avoid the anime community, and have stereotypes about what people are like.

Some are true, unfortunately.

When it comes to the negative side of things, it’s always easier to comment and speak about that. But why not something positive? That’s what Anime Motivation is about anyway.

So…. Let’s do the opposite. A focus on the best types of anime fans rather than the worst. 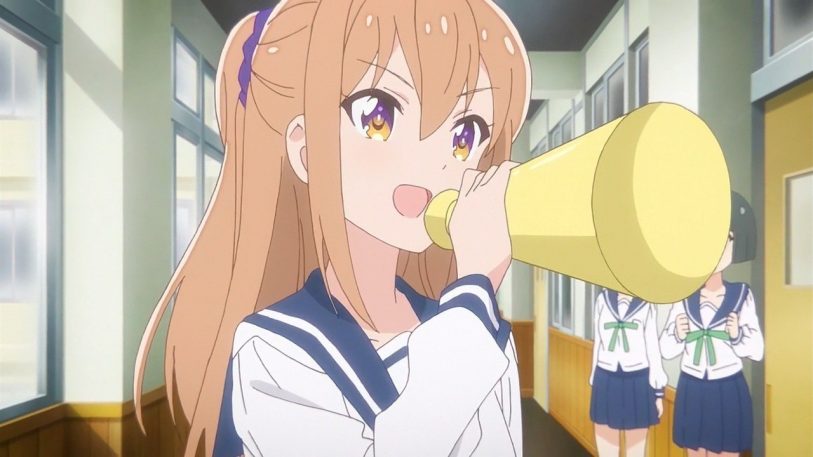 The promoters, meaning anime fans who do one of a couple things:

Things along these lines is really what I’m talking about. These types of anime fans might not think about it much, but they’re the reason so many articles, pieces of content, news, etc, blows up and gets a lot of attention.

Obviously it comes down to the quality of an anime series as well, but the promotion part of it, and actually being a “sharer” of content keeps things in circulation. The same way wires keep electricity circulating throughout a house.

It makes a difference.

2. Fans who have healthy debates

Twitter is the complete opposite of having a healthy debate. I mean all you’ve gotta do is look at the people on there, what happens every day, the arguments, the bitterness, disrespect, and trolling.

Having an opinion that’s different to someone else’s means in-fighting, drama, trolling, abuse, dog piling, and the whole lot of nonsense that comes with it.

Fans who have healthy debates are different.

We’re like mirrors. When you set the standard of making sure a debate is healthy, it’s likely everyone coming into that conversation is gonna follow suit. Except the one or two or 3 of course.

Either way, healthy debates push things forward. All that putting others down shit to prop yourself up only shows the world how weak and insecure you are, and it doesn’t help anyone.

3. Those who contribute more than they criticize or demonize

Anime Motivation speaks for itself when talking about contribution. I criticize, but I offer solutions. And more importantly, I don’t comment just to demonize, hate, troll, or hear the sound of my own voice.

I’m not in the game of being negative, inflammatory, disrespectful, and triggering people just so I can make money out of it like a lot of YouTubers and media loves doing (anime or otherwise).

You can’t say the same for sites like Kotaku or the usual suspects when it comes to ANIME in particular.

The same goes for anime localizers who are always chatitng shit about female anime characters, the double standards mindset that comes with it (on their part), and others who run their mouth despite supposedly working in the industry.

The same is true for people like Monica Rial, Jamie Marchi, so on.

4. Fans in the industry who don’t purposely profit off FAKE NEWS

You know exactly who I’m talking about when I say this. The types of YouTubers, creators, and even publishers (like Kotaku) who either twist stories, add truth with a dose of bullshit in between, or manufacturer stories that are completely false.

One example is when I published this article:

AnimeLog Is NOT The Death Of Crunchyroll Or Funimation, That’s Nothing But Clickbait

I noticed a lot of BS in 2020 with headlines talking about Crunchyroll and Funimaton are in trouble because of AnimeLog. Nothing but a load of drivel as we can see 2 years later now in 2022.

Fans who don’t take part in this nonsense are the ones who make the industry better, a lot more than they know. They always have. It just doesn’t get as much attention.

Sadly fake news is popular with anyone who has no morals because they’re slaves to their money, to YouTube’s algorithm (their master), or they have no creativity or talent. So they take the easy route.

5. People who GATEKEEP the community from culture vultures

Anime gatekeeping is NOT a bad thing or a bad word. In fact, any type of gatekeeping isn’t a problem to start with. It’s the approach that can make gatekeeping bad, or the mindset of certain people.

When done right, it can be used to keep out:

This is what gatekeeping is for. If Hip Hop gate kept the right way the industry (and many an artist’s) wouldn’t have dealt with so much outside interference and BS.

Related: How To Gatekeep Anime The RIGHT Way (Or Any Industry)

6. Those who call out and don’t tolerate racism

Racism is so prevalent in the anime industry that it’s a disease, an epidemic, a major problem very few are talking about. Hardly any with a platform.

The answer is simple: they don’t give a flying F. Money is God, as is business. Morals and standards are secondary as long as it doesn’t affect YOU directly. That’s the mentality.

How many YouTubers, , or anime creators ever talk about this, especially when there’s a big controversy like the Crunchyroll Nagatoro voice actor being announced? They care more about what ONE guy said in a Tweet that they make a 10 minute video about.

That’s why I’m so aggressive when calling out racism in the anime community, exposing people, highlighting it, or talking about it on a platform where people are paying attention.

No one else is hardly doing it on a level. Calling it out on Twitter by itself doesn’t count.

7. Fans who actually fund and support the industry

Anime fans who pay the way forward, literally, by:

It’s these fans who keep the engine running. They’re the backbone of the industry just like any other industry funded by the people.

It’s not all those radical feminists on Twitter talking about the so called sexualization in anime (while being OK with cuties or child beauty pageants). And it’s not the loud minority screaming equality when they just want privilege.

No, it’s the genuine customers who support and move the industry forward. They’re the best types of fans the industry has.

8. Creators who bring new products, businesses, and ideas to the industry

Black creators, Asian creators, or just creators in general – this group of people is an important chess piece to the overall industry and the community.

Whether it’s genuine crypto products (I’ve yet to see it), of all kinds, merch from people with the best intentions, or innovative ideas that will shape the future, this type of anime fan is unique and necessary.

I’ve said for years how the anime industry is stagnant as far as innovation, and how the focus on shutting down pirates instead of improving the service makes no sense.

That won’t move the needle, creativity and smart business people will. As well as those who are willing to come together to share and bring new helpful ideas to the table.

The Best Anime Fandoms Where Fans Are Mostly Positive