Are you bored at home and can’t do anything where you just want to watch anime all day? Are you looking for anime titles that you haven’t watched yet?

There’s probably better anime out there now which is better than before that you haven’t seen yet.

Some of these anime will also be continuations from previous seasons or brand new entirely. 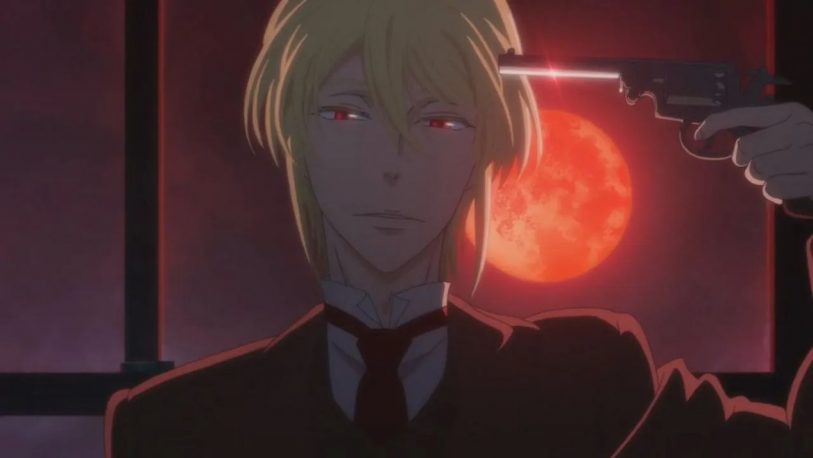 Do you like reading or watching mysteries? Have you heard about Sherlock Holmes by Arthur Conan Doyle? If you said “yes” to either of those questions, well, did you know there’s a new anime centered around Moriarty?

It’s a good series but it is violent with blood and has some warnings that kids couldn’t watch. The series starts off with Moriarty and then later on you’ll see Sherlock and John.

Each episode is filled with mysteries and it’s a long series where you’ll be intrigued each episode.

This detective series is more fun to watch unlike some others, this one tends to be more comedy while having mystery solving. However, once you start watching it, you might think this might be BL (Boys’ Love) anime like many otaku thought but it isn’t.

This series will make you think that one of the main characters could be an antagonist and not a protagonist.

It’s a recent, new anime so I don’t think this would be a problem for someone looking for a mystery-solving anime.

Do you want to watch Digimon again? There is a new Digimon anime series that has a few episodes so far and is currently airing online. Unlike the other Digimon series, the new series is more horror-like and may not be suitable for younger kids.

The animation for Digimon is nicer and even the storytelling wouldn’t get you bored through it all.

Digimon Ghost Game is the way to get you back into the anime and you don’t have to watch the other series unless you want to. 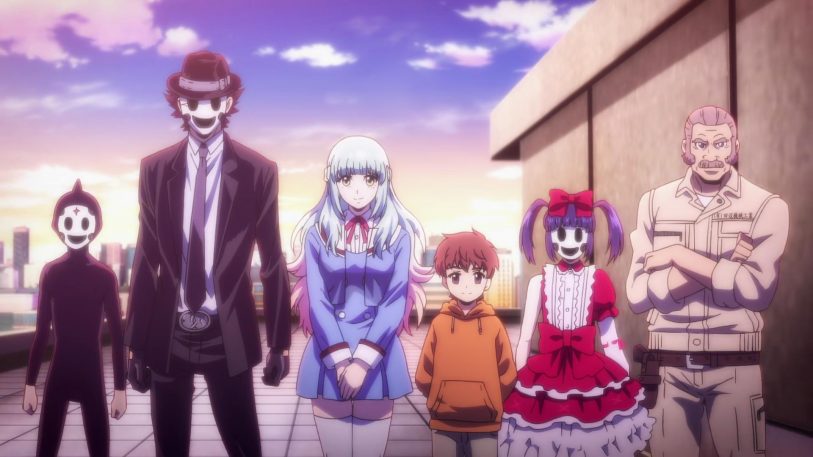 The High-Rise Invasion can only be watched on Netflix and it’s one of those anime where it’s not for kids and more for adults.

It’s a good anime if you don’t mind the violence and the bit of LGBTQ. The character has to survive the skyscrapers killings while looking for her brother.

The story is unusual but it will keep you at the edge of your seat wondering who or where the brother may be. It’s a recent new anime that one should watch.

How about watching a new card game anime? Yu-Gi-Oh 7 is one of the newer series of the Yu-gi-oh franchise. Just like the previous series of Yu-Gi-Oh, Yu-Gi-Oh 7 brings new gameplay to the card game along with rules.

It’s an exciting anime as the Yu-Gi-Oh card game could be played in real life.

Yu-Gi-Oh 7 is the series where you have to start using a rush duel. If you haven’t heard of the rush duel gameplay, enjoy the Yu-Gi-Oh 7 series from beginning to end to be able to understand it more.

Just like any season of Pokémon, Pokémon Master Journeys lets the viewers see Ash Ketchum continuing his battles in the old Coronation Series.

Together with Goh, they continue their goal to try to be at the top. You can watch Pokémon MasterJourneys on Netflix.

The animation is just awe-inspiring and the storyline is good for someone who is just starting into Pokémon.

Ash may be the continuing character from previous Pokémon seasons, but Goh is newly introduced as viewers would see him more in the Pokémon series.

It’s good to watch for everyone, even as a family. 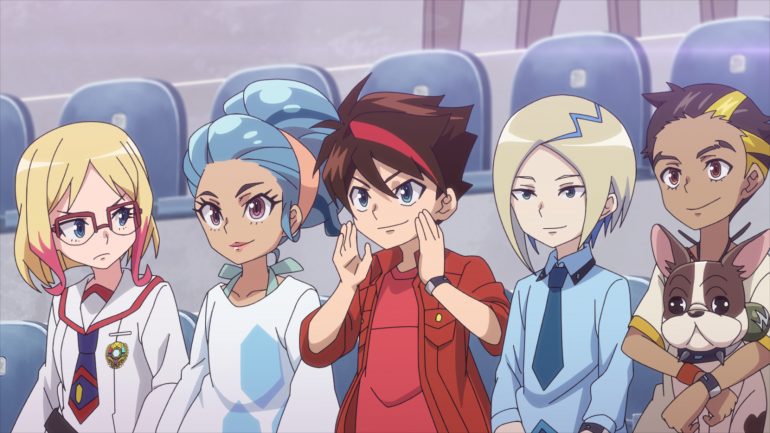 For Bakugan fans or people that are starting to get into the anime world, Bakugan Evolutions is a series that you should watch. The storyline s a bit different from the other Bakugan series and newcomers don’t have to watch any of the previous series.

It’s different characters with previous characters and new Bakugans to enjoy. The animation is quite nice especially during battles.

Bakugan Evolutions is about elemental evolution and the brawlers have to take it up a notch. For Yashahime Princess Half-Demon anime, you might need to understand what’s going on if you watch a little bit of the prequel: . But if you don’t want to watch , you don’t have to as Yashahime storyline is understandable.

The daughters from the other main characters’ prequel: are looking for memories of their missing past. They’ll become stronger through obstacles that are thrown at them.

It gets violent throughout the series as the daughters are fighting demons and finding answers so this series may be more suited for older kids.

9. Vampire in The Garden

If you like reading or watching vampires, Vampire In The Garden is all about vampires and . A war of humans vs vampires leads to a human and vampire, in the end, looking for peace among themselves.

Sounds catchy? It isn’t really as the series is gore and a bit horrifying. It’s an anime that you should watch and it is only available online to watch.

Horimiya is basically about two characters who are typical students but both are the complete opposites!

Besides different gender, of course, their personalities aren’t the same and they have different lifestyles separate from each other.

Once these two characters meet, they’ll slowly become friends and maybe more. Once watching the anime, you’ll understand the name of the title series.

Did you like the original Fruit Basket and started watching the newer, modern series of it? Did you know that there’s a final season of the recent Fruit Basket?

If you haven’t watched it yet, you should continue it till the end. The ending of Fruit Basket is a bit emotional so you may or may not need tissues.

The anime is a long series so you can’t binge-watch it in one weekend, but it is a good series if you haven’t watched the original or the other seasons.

Fruit Basket is about a girl who needs a place to stay when she meets a boy. From there she meets the other family members of the boy and realizes that there’s a curse upon them that she needs to keep secret. 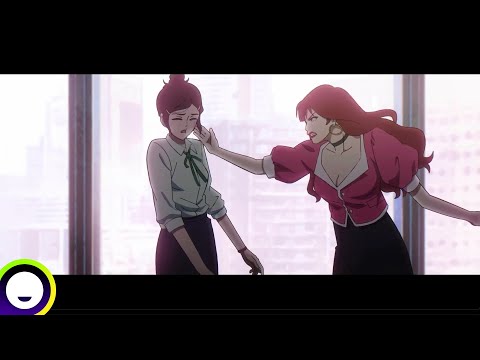 Do you like solving mysteries and photography? The anime Link Click may be the one for you to get into anime. The anime is definitely not for kids as it is violent and bloody.

It’s about these two guys who take photographs but have the ability to solve a murder after taking a picture. They can time travel before the picture was taken but only have 12 hours to do so as their studio is a different kind of agency.

It’s really a twist if you start watching this and might be a bit confusing. It’s a new anime and something to watch if you want something different.

This is a fun comedy to watch where some of us could relate to having anxiety in communication with others.

A student meets a classmate and from there, the classmate tries to make friends with the student. Komi, the main character. has a communication disorder which the anime is centered around.

Part of it is made comedic.

Fena works at a brothel but then is rescued by someone, then she finds out more information about herself.  This anime series is definitely not for young kids as it involves brothels and pirates.

If you have spare time, this is one anime that you shouldn’t pass up.

There aren’t many anime about skateboarding if you’re thinking about doing the sport, but this is one anime that you should be able to enjoy.

The anime will show different kinds of skating and even tricks that will put you at the edge of your seat. There’s a bit of violence within the series but not too much.

It’s also a must-see anime if you want to get into skateboarding. It’s a fun way to get the whole entire family to watch as it’s one of those anime that isn’t too violent.

If you want something different, Engage Kiss is an anime that you should look into but it is about demons and a city. If you like comedy and a bit of , this is a fun anime to watch but it is violent in some scenes.

The animation is beautiful though and as of right now, there are about 13 episodes where you can probably binge-watch it.

The demons in Engage Kiss aren’t really that horrifying much like in some anime but you just don’t know unless you see it for yourself. If you’re new to the series, you don’t really have to watch the other series that’s Prince of Tennis. You’ll understand what’s going on right away and it’s an easy concept of the story of what’s going on.

This new series Prince of Tennis II: U-17 World Cup has just started recently so it wouldn’t be hard to catch up to the latest episode. J

The character: Ryoma Echien is part of Japan’s team but this time, he is in the opposite team!

The anime Build Divide is a new card game series with a good storyline.

Since the anime is just new, there will be new cards appearing everywhere in real life and if you haven’t seen the anime yet, you should grab a few packs so that you’ll start understanding the game and anime.

It’s a new way to get into watching anime if you haven’t started collecting cards yet.

19. Made in Abyss: The Golden City of the Scorching Sun 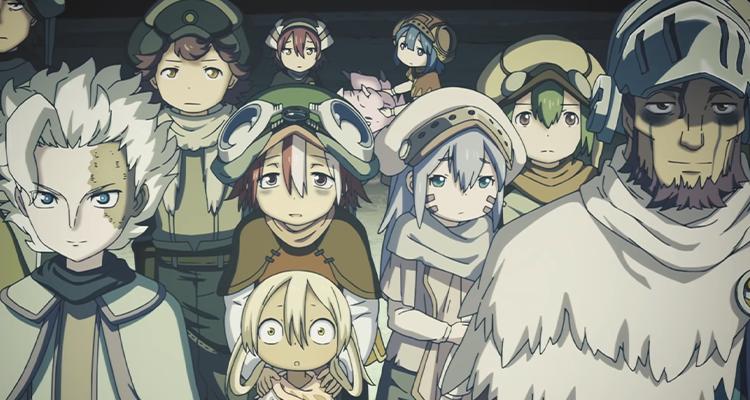 A young orphan girl’s dream is becoming a Cave Raider as she lives in a town called Osu. One day she started exploring the caves and that is where the anime begins.

This anime series can be dark and so it can have unexpected moments when watching (suspense, etc). It’s gory in some scenes and violent, if you want to watch it be aware that this anime can be disturbing.

An orphan girl works under an organization called Direct Attack (DA). It is from there that she gets a new partner to work with as the organization trains in assassinations.

That’s where the anime starts where the two characters meet as the main girl has to train her partner. The series is actually good as it has action-packed scenes throughout. It’ll put you at the edge of the seat.

There’s some violence as well since the anime involves guns, and elements connected to it.

Were you able to find an anime to watch on the recommended list?

If not, don’t worry, you’ll find one to enjoy as there’s plenty that you may not have watched yet.

22+ Of The Most SIMPED Over Anime Characters Of All Time