Believing the anime industry is “mainstream” in 2018 is stupid.

Or what I should say is: if you believe that you’re bias.

And it’s not like I don’t understand why you believe this is true.

After all, when you love anime as much as I do, and you understand all the “details” of what’s happening in the industry, it’s easy to assume anime has been mainstream for almost 2 decades.

Just look at the massive success of:

And countless other anime.

The followings (and ) behind these series compete with The Game Of Thrones and similar titles that are famous. Except only anime fans truly understand this.

But here’s the problem: when you view the anime industry from an outside perspective, it’s hardly mainstream at all.

Think about it for a second…

When was the last time you walked down the street on an average day and caught someone talking about anime.

Or wearing anime , or ANYTHING that indicates they’re not only interested, but that anime itself is a hot topic?

Anime is still weird as F outside of Japan, in general.

I can’t even think of  someone who likes anime besides myself, out of ALL the people I know in my life. Besides a handful of people.

And that’s saying something.

Plus most entertainment companies don’t give a F about airing, talking or even considering stepping into the anime industry (outside Japan).

Let alone allowing anime to be streamed on their TV channels.

This is true whether we’re talking about India, America, Europe, UK, or most other countries.

As it stands, we’re on our own right now. With not enough people (or companies) outside of the industry who are taking anime seriously as an entertainment medium.

Anime may be successful and growing, but it’s still far from mainstream 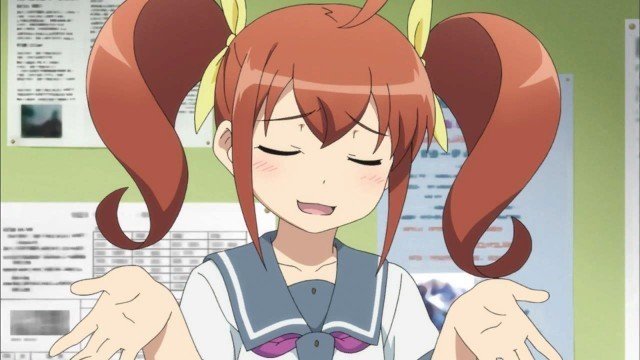 All you have to do is look towards what kids are doing. And for the most part, kids are NOT talking about anime the way they’re talking about films, or video .

Everything popular starts from a young age and levels off from there. So we’ve got a long way to go until anime is truly as mainstream as video or the equivalent.

But with that said…

It hasn’t happened yet, but here’s why anime WILL be mainstream in future:

Netflix is still in the early stages of integrating “anime” into their catalogue. Which is to say: this is only the beginning of what’s to come.

And even though recently they announced they’ll be losing shows like , the fact that a massive company like Netflix is taking anime serious is a big step forward.

There’s no doubt underneath the surface, other entertainment companies are watching in silence. Considering taking a dive into the anime industry like Netflix have.

And this is only bound to accelerate in the upcoming future.

2. Anime has too much potential as it stands

I know what you’re thinking: “I thought you said anime isn’t mainstream?”

That’s right. Anime isn’t mainstream. But don’t confuse “mainstream” with the size or the potential of the industry itself.

Mainstream just means it’s commonly accepted, liked and enjoyed by the average everyday person. Like or video or even smartphones.

Anime is in an interesting place because as you know, it’s a massive industry with countless shows that are successful.

And it does billions in revenue per year, even if it’s on the “low” end of the spectrum (in terms of profits).

And by my estimate, there are at least more than 100 million anime fans worldwide when you consider the size of sites like Kiss Anime, , ANN, and others combined.

You can see this in action with the amount of anime conventions that are held every year, and how many fans turn up to those events every couple of months.

Anime is a big deal, most people just turn a blind eye to it

And that’s what I mean by anime is “too big” even though it’s not mainstream.

The bubble of the anime industry hasn’t popped yet, but when it does, you better believe what comes afterwards is gonna be revolutionary when it happens.

Probably within the next 10 years, no more than 20.

3. The industry “bubble” hasn’t popped yet 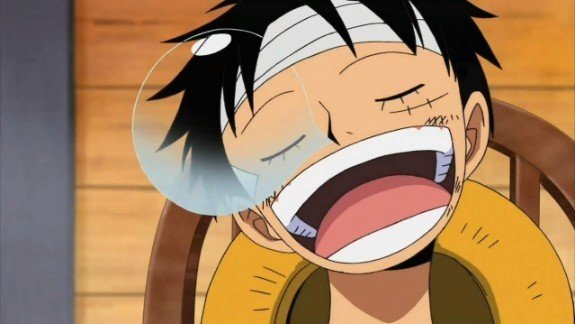 If you’re like me, you were “too young” to know about the internet bubble that popped in the year 2000.

It was a time when a disgusting amount of businesses went bankrupt, because of overfunding, unrealistic promises, and so much more that’s not worth explaining.

A “bubble” isn’t just about devastation though. A bubble is also about how an industry explodes into more success than ever before.

The anime industry is still in its “startup” phase as I like to call it. Because it’s not the most profitable, stable, or “welcoming” industry for employees and businesses alike.

And innovation is still lacking in a meaningful way.

But with all the massive growth in the last 2 decades, and even in the last couple of years, it’s only a matter of time before the industry bubble “pops” into a new era of success.

Once it reaches that point, the thought of anime becoming mainstream will be in plain sight, and it won’t be so hard to imagine.

4. As the industry continues to grow, outsiders will be drawn to it

You know the saying: “like a moth to a flame”.

The more lucrative, stable, and successful the anime industry gets, the more “moths” will be drawn to its influence.

It’s the reason we’re seeing Netflix make such an effort to publish and distribute anime shows in their catalogue.

And why they’re going out their way to produce “original” anime shows as well.

Companies will go where the opportunity is.

Anime’s growth will only lead to more opportunities for businesses, artists, and everyone in between. On a global level.

But of course, that’s assuming Japan decides to get its sh** together and start taking anime seriously on an international level. Instead of brushing it off like it’s worthless.

Anime is more successful in Japan by miles, which is why they’ve taken a “back seat” instead of hitting the accelerator so far.

Anime as an industry is so interesting to me. It comes so far and made so much progress that the thought of it “not” becoming mainstream is ridiculous.

It will happen, it’s just a matter of when.

But then again, does the anime industry even need to be mainstream?

Or is innovation and steady growth more important in general? 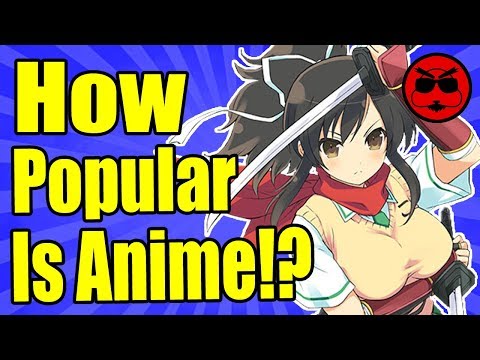