I remember asking a question on Reddit last year.

The question was: What are your predictions for the industry in 2019?

I received a LOT of interesting answers, as you’d expect from Reddit…

But ONE of the answers caught my interest…

It was a prediction for The Promised Neverland blowing up and becoming a “big deal” in the industry. Based on the ’s “massive” success. 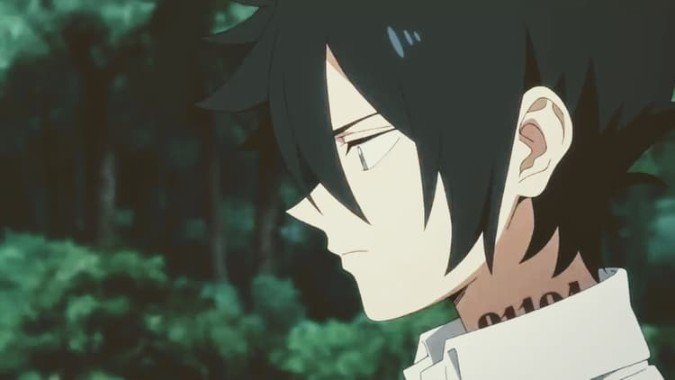 The prediction was on point, no one can argue with that. But I can’t help but ask the question: Is The Promised Neverland overrated?

For such a hyped up series (similar to in 2018) it felt underwhelming, and even disappointing for all the high expectations people had for it.

I mean – sure, the first episode was WELL done. It was like steak in the oven that’s not too brown and not too “under-cooked”.

Visually it looked appealing. And the first episode for me in particular was enough to keep watching.

I was dying to see what happens next (while still being cautious and not getting caught in the hype). 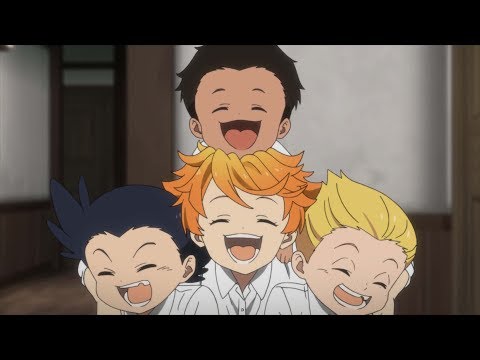 But after the first episode, as is the case with SO MANY shows, the quality started dropping to some degree.

It’s almost as if l the hype they built up in the first episode, and the quality of the transitions and animation, was kicked to the side and left to rot. Even if only a little.

Here are some of the problems I started noticing:

1. The so called “violent first episode” is about as terrifying as it gets 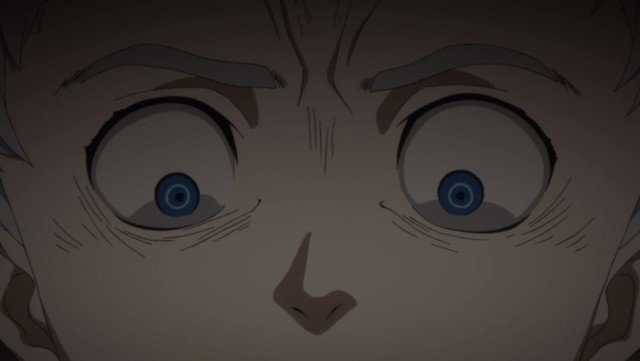 I’ll never forget the exaggerated comments for The Promised Neverland. Things like “this is the most violent ever” and all kinds of nonsense.

I had to dip my head in a bucket and avoid getting sucked into the hype.

It’s ironic for me because I felt the same way about Goblin Slayer. 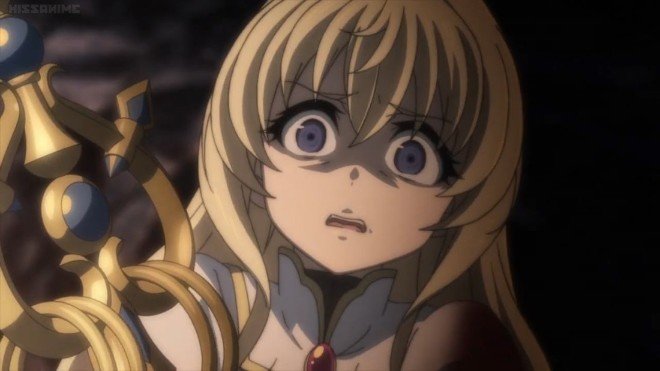 If you remember the first episode of Goblin Slayer, by studio white fox (a studio known for its violence) Goblin Slayer was downright sickening.

I mean – there were goblins raping women and putting them through hell in every sense of the word. But then the remaining 11 episodes were nowhere near as violent or “disturbing” as the hinted to be. 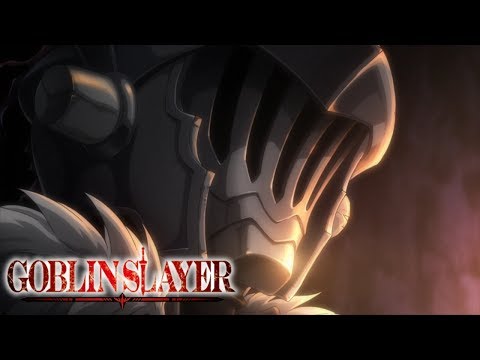 But somehow – Goblin Slayer turned into a fun, adventurous series that was still enjoyable.

The Promised Neverland is a different story though. 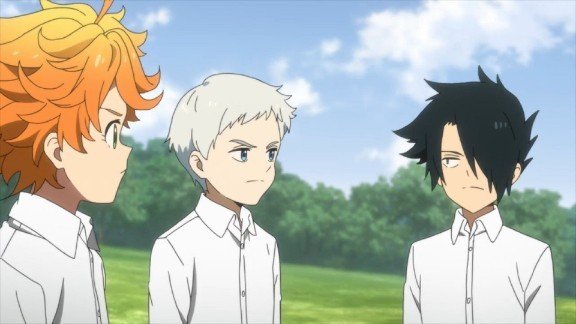 The first episode is literally a fraud. It tricks you into thinking the entire series will “look” like that. But it’s not even close.

And unlike Goblin Slayer which had “adventure elements” to fall back on, The Promised Neverland seems to struggle with being a horror and a psychological thriller, simultaneously.

It’s as if the didn’t know which direction to take. And to me – that alone made the series more disappointing than it needed to be. Since the first episode paints a false picture of what to expect.

It tried to follow the footsteps of Attack On Titan and Owari No Seraph (or even ), but ended up doing a mediocre job if you ask me.

That sort of suspense and tension is perfect for the kind of it portrayed itself to be.

But after the first episode, it’s been a case of solving mysteries, puzzles, trying to outwit “mom”, and coming up with a plan to escape from the farm with ALL the children.

Which isn’t a bad thing in itself, but… 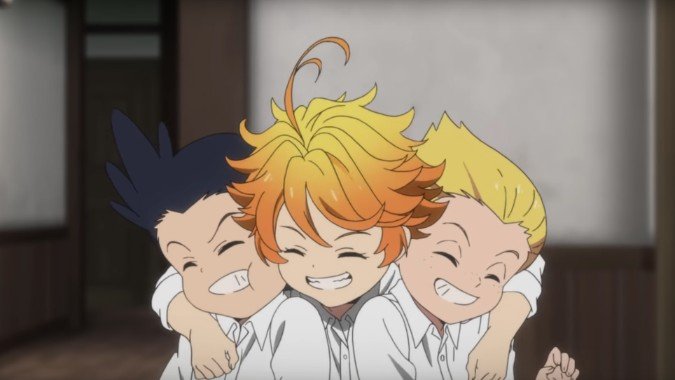 Aside from maybe episode 6 and 7, where things got pretty intense after Sister Krone was introduced (and slaughtered), the pacing has been head-banging.

It’s like being on set, producing a film and going through the long process of creating a “big production”, in the hopes of wowing your viewers.

Except in the case of The Promised Neverland, even though the ending wasn’t terrible, it felt underwhelming.

Especially considering how slow the pacing is and the dramatics that came with it. Only for it to end on a “not so dramatic” note (even though drama was implied from the beginning). 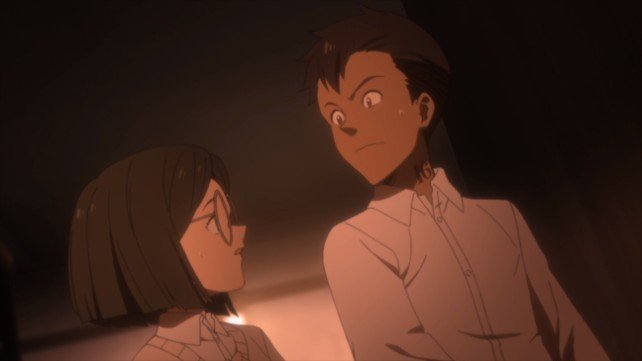 Some episodes are harder to get through than others. Because it doesn’t offer much to keep you interested or entertained.

The problem with these types of shows is – you need a way to keep people excited. Especially if there’s a lot of dialogue involved, on top of mystery, horror and psychological aspects.

There were times when I almost stopped watching all together. And even questioned whether I should continue watching to see the so called “climax” as I was conditioned to believe.

And even though I managed to get through the entire season, the hype only made it worse for me. And the underwhelming episodes only made that truth even more sour for my taste buds.

It’s an insult to compare this to an like “”

The Promised Neverland has similarities to , and is even compared to it for its style and execution.

But… Having watched myself, knowing how Brilliant the plot, story, characters and the psychology of it, It’s not right to compare this to Death Note.

First of all – is produced by Madhouse. And they’re known for creating (and spending quality time) on some top-notch series. 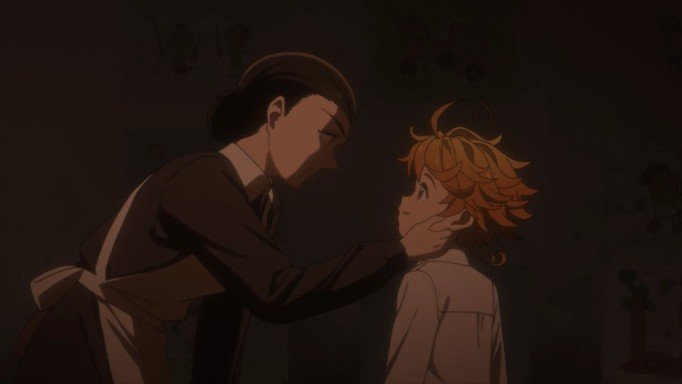 When you strip away all the hype built up by fans, and you look at The Promised Neverland for what it is – I feel it’s overrated.

Does that mean I believe it’s an AWFUL series? No. Overrated means: “given too much credit” and nothing more.

I’ve seen worse shows, and I’ve seen better. But all the hype this series is getting doesn’t seem justified based on its performance from start to finish.

It’s decent, but not mind-blowing like the hype indicates.

What do you think of The Promised Neverland?

The BEST Anime Characters From Quintessential Quintuplets (In Ranking Order)

I have my own preference and I choose The Promised Neverland over Death Note. Yes, there are some flaws in it but every other anime has flaws too. It all just comes down to what you prefer more.

I don’t necessarily AGREE with this opinion but at some parts I do, I agree with the fact that TPN is said to be more scary than it actually was. I was getting many warnings that it was “scary” but when I watched it it was more sad than horror. Although I do not think it’s overrated it just that one thing that I question.

The anime is getting overrated on TikTok! ;'( I don’t want it to get over hyped.