What makes an motivational?

An series that adds meaning to your life. And encourages you.

I think we can all agree many “motivational” ‘s fit along those lines.

And even though everyone’s definition of a motivational is different… I’ve come up with my own list of 9 motivational shows worth watching.

Along with reasons why each series is motivational. And what can be learned from each series.

So with that in mind, let’s jump into the meat of this post… 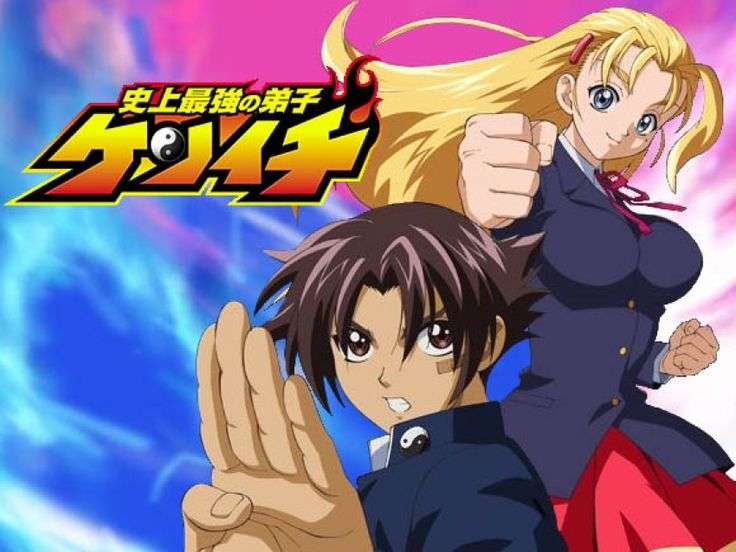 What’s so special about this series, and why is it motivating?

It proves you can overcome bullying, no matter how “weak” you are physically.

And that’s regardless of having NO special talents, physically speaking.

Weak-knees Kenichi is a high school student who’s bullied and picked on by bullies stronger than him.

After a chance encounter which leads him to a Dojo, he studies Karate and Martial arts.

And that leads him to becoming strong enough to take down his bullies, one by one.

While also giving him the courage to stand up for himself, defend himself, and help others.

This proves Martial arts and Karate is a great way to deal with bullying.

Why is this motivational? Because…

It shows you that “natural talent” doesn’t determine whether you make something of your life.

Izuku Midoriya, the main character is bullied by one of his so called “friends” for being weak.

And Izuku’s constantly told he doesn’t have what it takes to develop a quirk (a super power).

Unlike other heroes in the , Izuku Midoriya’s born without a quirk or ability.

So almost everyone doubts him and claims he’ll never become a hero, like Izuku dreams to be.

And yet… Someone who believes in Izuku changes his life forever.

Through training, sheer hard work and determination, Izuku becomes one of the most respected heroes in .

Not to mention one of the most and impressive.

All this from a guy who had no natural talent. The life lesson here is clear as a sunny day. 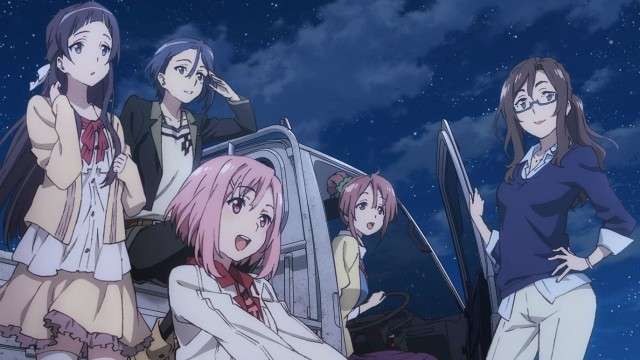 Why Sakura Quest? A slice of life series? Because…

It teaches you the importance of sticking together and working as a team to accomplish big goals.

Sakura Quest was released in 2017. And finishes in September.

By chance, a girl named Yoshino Koharu ends up in a rural town called Manoyama.

Where she’s given the job of bringing life back into the town.

And attracting tourists to get the economy booming again.

And what follows is a strong sense of team work, team effort, brainstorming, creativity, and making things happen. Together.

Our goals seem impossible by ourselves. But when we collaborate, a lot the weight is lifted off our shoulders.

And it’s amazing what we can all accomplish when we put our minds together. Instead of stubbornly thinking we can do it all by ourselves, which leads to failure.

Related: The Ultimate List Of “Slice Of Life” Anime 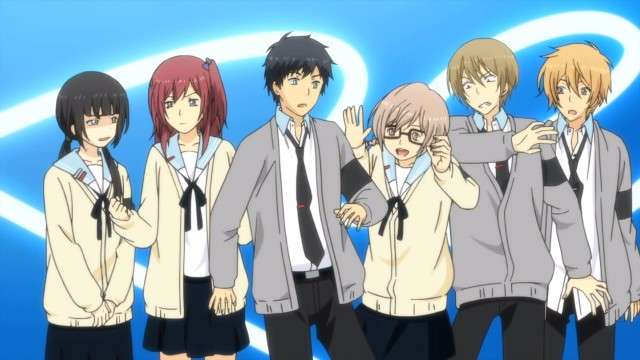 What makes ReLife a motivational series?

This teaches you that it’s “never too late” to start your life over, and make changes.

Kaizaki Arata is a 27 year old who’s unemployed and frustrated with searching for jobs.

After running into a guy from a research lab, he’s given the chance to start his life over as a teenager.

And relive his college years through the use of a special pill that makes your body younger.

By the end of the show Kaizaki’s a new person with a new perspective. And he manages to overcome his past regrets and is able to move forward. 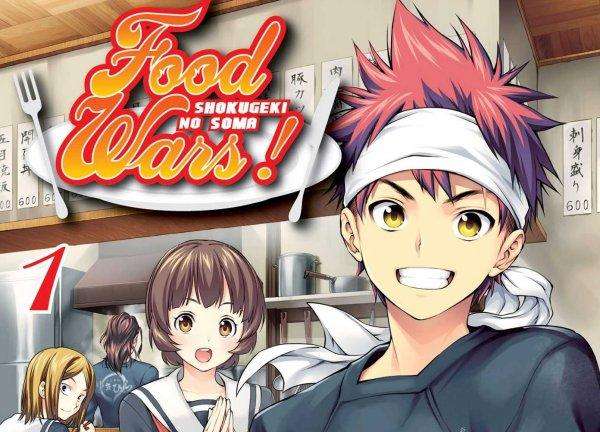 What makes an about food so motivational?

It teaches you the importance of “adapting”, as well as why you’re upbringing doesn’t determine success.

Soma Yukihira, a 15-year-old who cooks at his dads diner, is thrown into an elite cooking school. Recommended by his dad to help Soma sharpen his skills.

99% of the established chefs in the elite school are rich, privileged, arrogant and snobby.

But that doesn’t stop Soma from rising up the ranks, adapting to difficult situations, and surprising the competition.

And in some cases: Causing established chefs to start respecting his craft.

Life Lesson: Your upbringing has nothing to do with what you’re capable of.

Don’t let anyone tell you you’re worthless or any less, just because they’re more privileged than you.

Related: 18 Appetizing Quotes From Food Wars To Help You Remember The Anime By 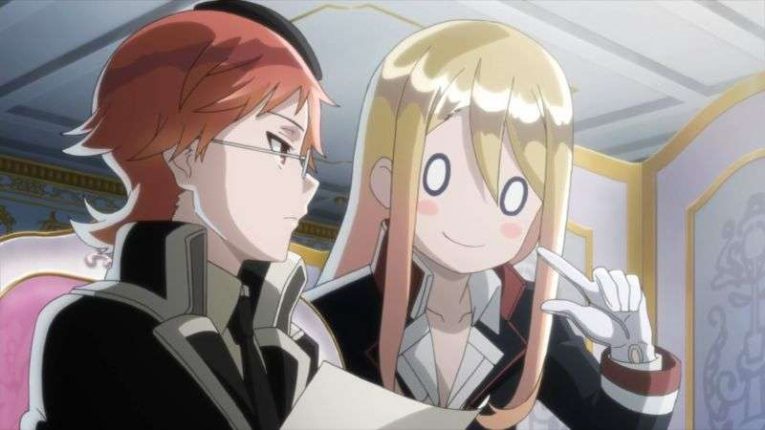 The reason this is motivational?

It teaches you the importance of personal development.

The Royal Tutor, Heine, is tasked to groom 4 young princes in preparation of becoming king one day.

But each one of them is flawed.

But by the end of the show, each one of them grows through personal development and they end up better people, both inside and out.

With a wider range of skills and a fresh perspective.

The lesson is clear: personal development can change your life. 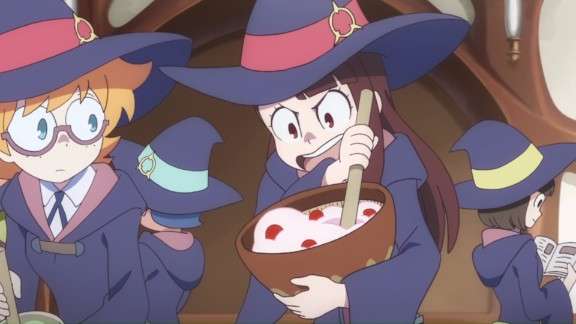 The reason this is so motivational…

It teaches you the importance of being persistent and never giving up on what you want. Even if people doubt and belittle you.

Atsuko Kagari’s main goal is to become a successful witch who inspires others and makes people happy.

But she has no “natural” talents like 99% of the witches in her academy.

Like Izuku Midoriya, she’s teased, belittled and made fun of for her lack of talent.

And the fact that she tries hard and gets little to no results from her actions, makes the struggle harder.

But after a long-hard, brutal struggle, Atsuko starts to see the light at the end of the tunnel.

And starts to make some real progress towards her goals.

The lesson is simple: Never give up on the things you want. No matter how hard it is. 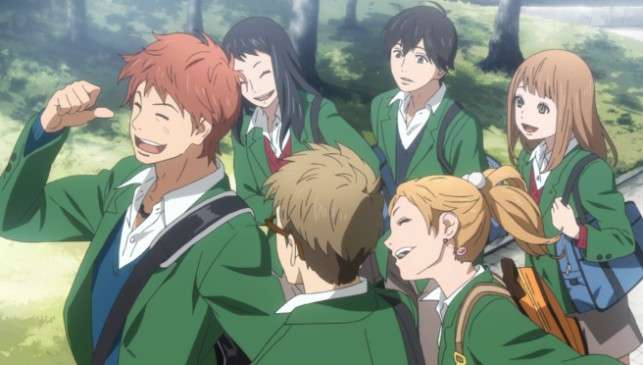 Why is this motivational?

It gives you the courage to overcome depression, ask for help, and keep on fighting.

Kakeru Naruse, one of the main characters, is on the verge of committing suicide after his mother’s death.

Through the series he’s dealing with depression, suicidal thoughts, and self-pity.

Watching this series hits you deep and makes you feel what Kakeru’s experiencing.

And one of the best decisions Kakeru makes is: asking for help from his friends.

Even if he doesn’t do it in a way that’s obvious.

I wouldn’t wish depression on anyone, though this does a beautiful job of showing it can be overcome.

9. Its You Guys Fault I’m Not Popular! 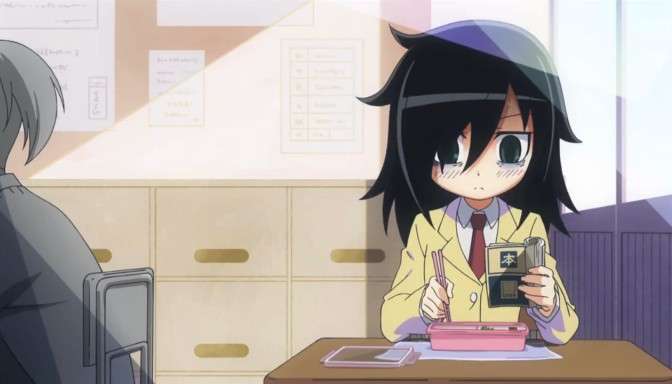 It gives you the confidence to try, and make an effort. And helps you relate if you’re shy and introverted.

To the point where she “freezes” up, speaks quietly, and struggles to spark a conversation.

And even so: she does everything she can to improve, get better, succeed and make an effort.

And that’s despite failing so many times and feeling like an absolute mess.

The lesson is clear: Take action. Make an effort. Try your best.

At the end of the series, Tomoko gains a little more confidence in herself.

And even though it’s a “little” confidence, it makes a difference. And is encouraging for anyone in a similar situation.

Which motivational series would you add to this list?

Related: 30 Inspirational Anime Quotes You Should Check Out 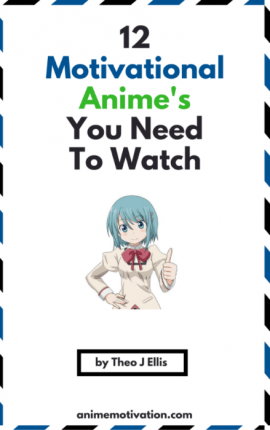