Because these feminists (who love to play victim) get away with “cancelling” TV shows, films and media in the west when it comes to the “portrayal” of women…. They assume the same attitude works with anime.

But of course – as we’ve come to learn, Japan doesn’t give a sh*t. As they shouldn’t.

Nobody has any business telling them HOW they should do this that or the other, just because someone doesn’t agree with it.

Entertainment isn’t supposed to be made for everyone to agree with it. That’s why it’s an “art”.

It’s based on feelings and opinions, not facts and logic. 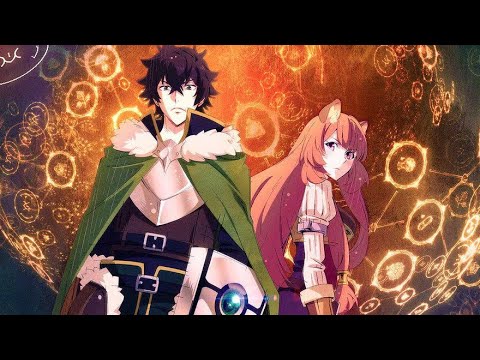 is a good example of feminist behaviour.

Earlier in 2019 when this anime aired, the first episode gets DARK when Myne accuses the protagonist of “r*pe”. But of course – it’s just that, an accusation that holds no weight.

And what happens next is realistic as far as bias and double standards go.

For some strange reason, the portrayal of women who lie about men and ruin their reputations ruffled some feathers online.

Or I should say in the WEST. Since no one else is throwing a hissy fit.

There’s an easy way to answer that question: it sheds light on the TRUTH of what’s happening in western society.

In the west we have this dangerous notion where:

100’s and 100’s of women, probably 1000’s have gotten away with false accusations in the past decade and more. And many men have committed suicide because of it.

Others are now depressed among other things I won’t get into.

Not only does the system treat women like 6 year old children who need protection, but society sheepishly acts like women aren’t capable of lying, being malicious, or falsely accusing someone because they’re bitter and insecure.

Add this to the fact that women “play victim”, knowing society is gonna bend over backwards and you have a formula for manipulation and disaster.

The video above is just one example.

The same thing plays out in The Rising Of The Shield Hero.

The female antagonist is bitter, jealous, and most of all insecure. And this drives her to accuse Naofumi Iwatani of something that never happened, because she has something to gain.

Doing this makes her feel “better” about her own existence and self-worth. 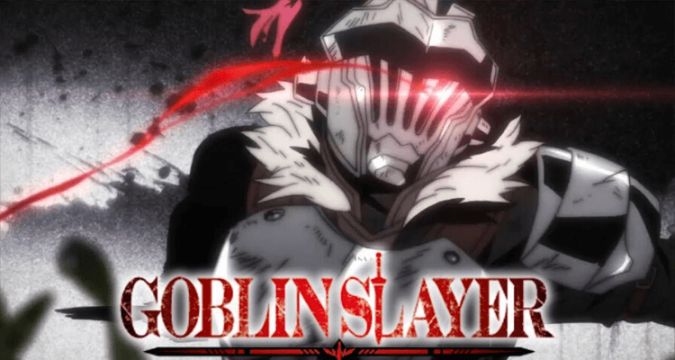 Goblin Slayer is another anime that triggered feminists, SJW’S and snowflakes of all shapes and sizes.

Back in fall 2018 this anime caused backlash because of the 1st episode. Where Goblins “violate” women they’ve kidnapped and enslaved in their hideout.

Is it a comfortable scene to watch? NO. But that’s the kind of anime it is. The is worse.

It’s not a cozy series in the slightest, and that’s clear from the beginning.

If art conformed to people’s unrelated insecurities, it would no longer be art now would it?

Especially when you consider how most OPINIONS came from people who haven’t watched Goblin Slayer or don’t like anime at all. 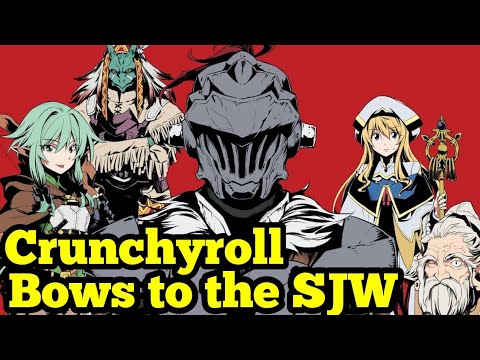 It even got to the point where Crunchyroll BANNED Goblin Slayer from its yearly anime awards.

I guess they gave into the pressure of SJW’S and threw it in the rubbish pile to avoid “backlash”.

It’s understandable, but art should never be censored since that’s the point of creativity. 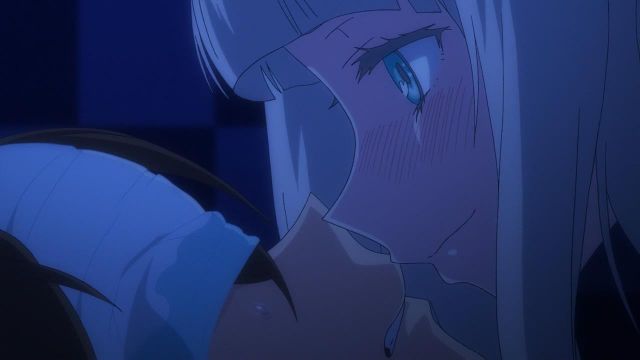 In the anime: Shimoneta, episode 4, the male protagonist is violated by Anna Nishikinomiya.

Tanukichi Okuma in the story “looks up” to Anna Nishikinomiya because of how hard-working and diligent she is. AND as a student council president.

He has too much respect for Anna to be interested in her sexually or anything of the sort.

But in THIS scene he’s forced against his will and r*ped in the name of comedy and entertainment.

Where were these anime feminists and SJW’s in 2015? 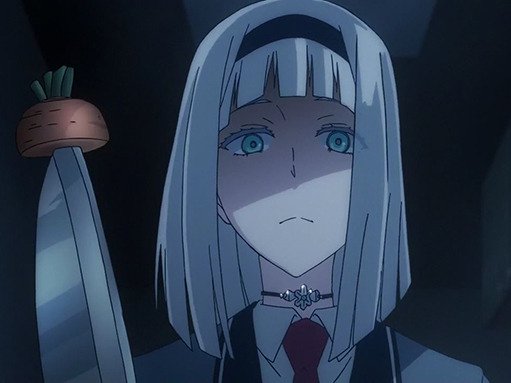 Shimoneta is fairly popular, so it’s ludicrous how quiet people were about this.

Anna Nishikinomiya is a jealous, insecure and possessive character in Shimoneta. Or in other words: a “Yandere”.

That’s what drives her to go to these extreme lengths in Shimoneta.

But I have to ask:

Why is it OK for women to violate Men (which IS a thing), but it’s demonized when the shoe is on the other foot?

And why is this acceptable in the media when Men are on the receiving end, but not the other way around?

Shimoneta isn’t the only anime that LOUD feminists overlook.

The same happens with “fan service” & other anime double standards 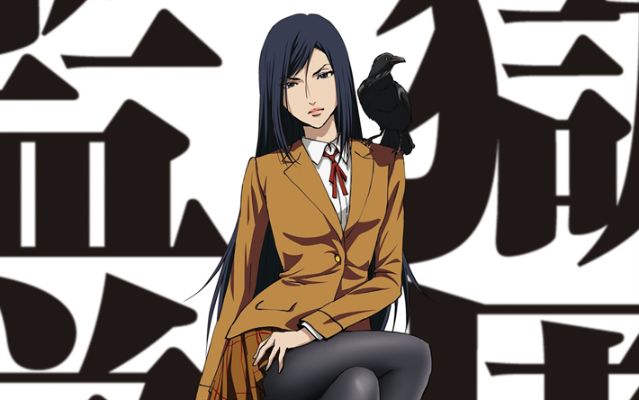 I’m sick and tired of seeing these “spokespeople” complaining about fan service in the west. And how women are portrayed to be “lesser” or how it’s so sexist.

There’s a reason I’m tired of seeing this hypocrisy play out year after year. 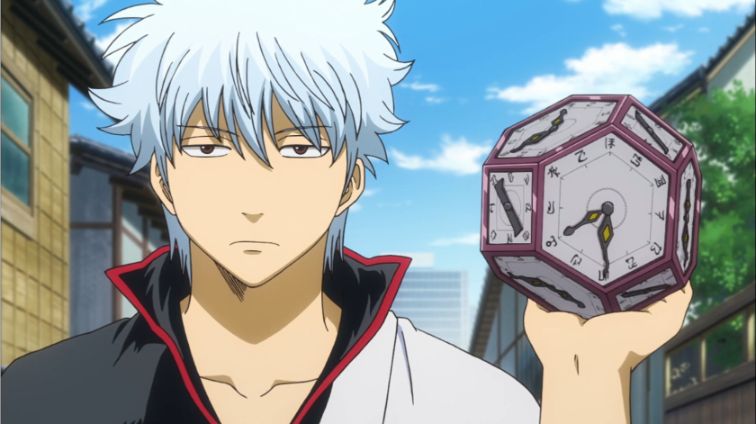 Gintama is known to be a CRAZY anime when it comes to comedy, fan service, and double standards between both genders.

It’s the type of anime that doesn’t discriminate and there’s something for both genders. It’s all a good laugh. 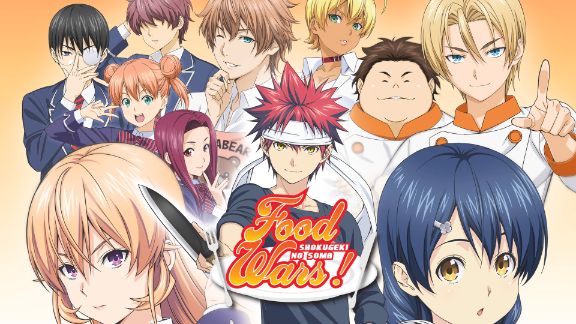 The same is true for Food Wars. An anime that takes “food tasting” to a whole other level of fan service.

Both male and female characters are used to exaggerate and highlight how good the food is.

And yet no feminists say a word about “male” exploitation

It’s not exploitation anyway, but I use that word because that’s how it’s viewed when women and “fan service” are in the same sentence.

It takes 2 to tango as we say in the UK.

Exploitation works both ways, so let’s dial down the hypocrisy and enjoy the art for what is. 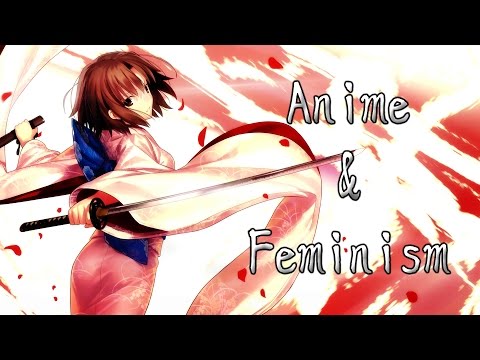 Feminists in the anime community take advantage of “double standards” and use it as a weapon. Beating anyone over the head with it who dares to go against conventional opinion. Because they’re so desperate for control.

If it doesn’t pander to their unrelated insecurities, they go ballistic.

What Japanese people think of “feminism” 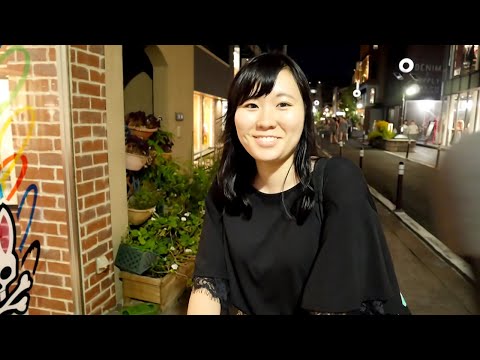 In this video they run a social experiment in Japan to find out what people think about feminism.

You discover a few interesting things from watching this video:

Here’s a QUOTE from the conversation:

“Foreign people discriminate against different genders too. Like when a guy carries heavy things for women. It’s just my impression but when he opens a door… because the “ladies first” exists they put women first, so foreigners discriminate the most.”

What’s interesting about this quote is they’re right. Putting one person on a pedestal, and demonnizing people for not conforming to those beliefs is discrimination.

This is relevant because it’s EXACTLY what’s happening in the anime industry.

Or I should say: what’s happening in the west when it comes to the opinions of anime feminists.

It’s a typical thing to do and way to behave in the west. Throw your dummy out your cot and companies start panicking as if it’s a real problem to begin with.

They’re all spineless and don’t have a back bone.

There’s no inequality or problem with anime according to JAPAN 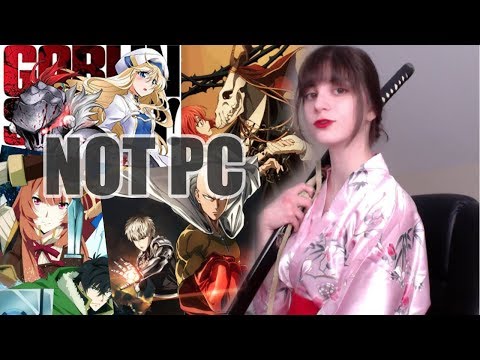 Anime is created by the Japanese. So it’s obnoxious to attempt to change someone else’s beliefs based on your own insecurities and how you think “anime” should be.

Any logical woman (like the video above) can see this.

The west is filled with people who are soft, insecure, and defensive when it comes to their personal feelings. It’s because western culture tends to keep things bottled up and dances to the tune of political correctness.

It’s understandable, but you don’t improve your self-esteem by pointing fingers when you feel like it’s convenient to do so.

That’s why so many of these anime feminists mistakenly think everything they don’t agree with is wrong, while simultaneously having no problem when the gender roles are flipped.

It’s about time we hang this topic up to dry 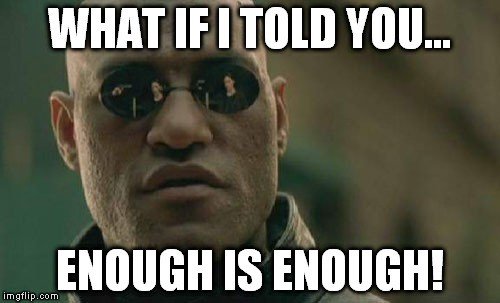 Criticism on this topic is more about a hidden agenda and playing on the fence of “double standards” than it is about true justice.

Instead of focusing on dumb sh*t like this, let’s focus on ACTUAL problems in the anime industry. Or the world in general. Because this clearly isn’t one of em.

Real equality isn’t even about gender in the first place.

But I guess me saying that isn’t gonna change the self-righteous, hypocritical attitudes of people who know they can get away with it. And push a false narrative for personal gain. 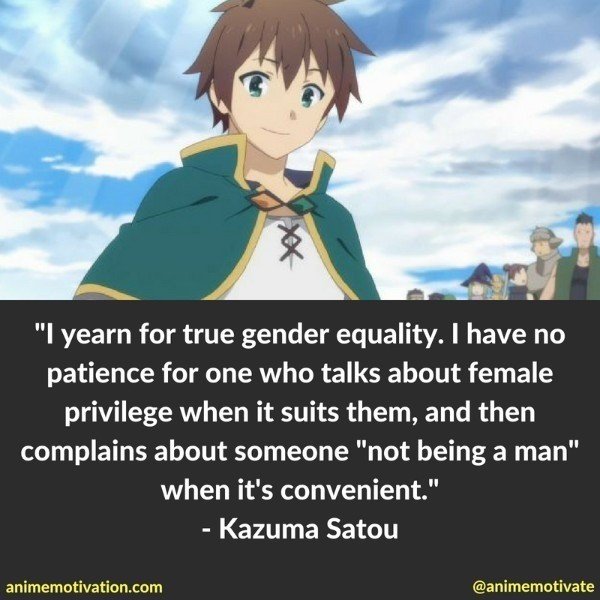 “I yearn for true gender equality. I have no patience for one who talks about female privilege when it suits them, and then complains about someone “not being a man” when it’s convenient.” – Kazuma Satou