Horror are some of the least common in the industry, statistically. Especially compared to Shonen, fantasy or comedy.

You have the types of that are designed to “scare” or make you jump. And that are disturbed and horrific in the darkest ways possible.

Some are a mix of the two. Or even more. 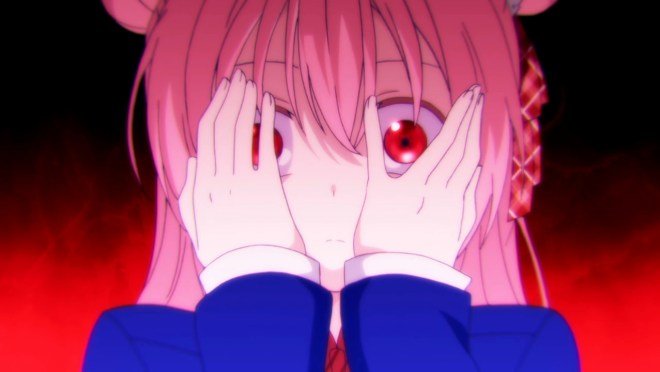 Happy Sugar Life. There’s a lot to say about this . It’s one of the most f*cked up horror’s to exist.

Both live with each other. Satou is in love with this child, and the highlights low levels of pedophilia and the type of uncomfortable situations that will make you cringe.

The story, how it’s written, and the brilliance of the plot twists can’t be underestimated.

The art and effects are a nice addition, with great music.

If you like unnerving surprises and ’s that are different by design, Happy Sugar Life will do it in a horrific, yet sweet and innocent style. 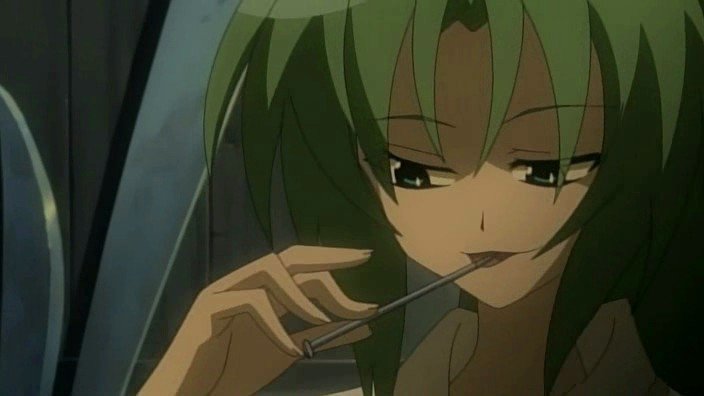 Higurashi When They Cry will always be a personal favorite in the horror genre.

It’s one of the best rated, most compelling, and unique.

It’s about Hinamizawa, a cursed village where death is certain.

The ’s job is to push Mio Sonozaki, Keiichi Maebara, Rena Ryuugu, and other characters into the most mind-breaking situations possible.

It’s a psychological experiment of what humans will do, if push comes to shove. And if they’re backed into a corner. Which brings out their dark side.

Unlike a lot of , Higurashi’s plot changes to keep things fresh. So you can never guess or predict what’s about to happen. 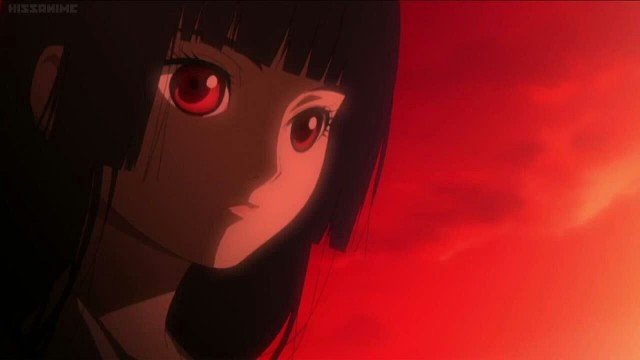 Hell Girl is an underrated horror series. You won’t see it mentioned too much when talking about dark anime shows.

It’s about Ai Enma. A girl who’s enslaved by the hell master, forced to send any sinners to hell if called on after 12AM.

Ai Enma has little emotion, it’s been stripped from her soul.

As for the , it highlights the dark side of human nature.

And all kinds of relatable but dark elements of life, and the things some people do in society.

Hell Girl in a word is defined by “Karma”. 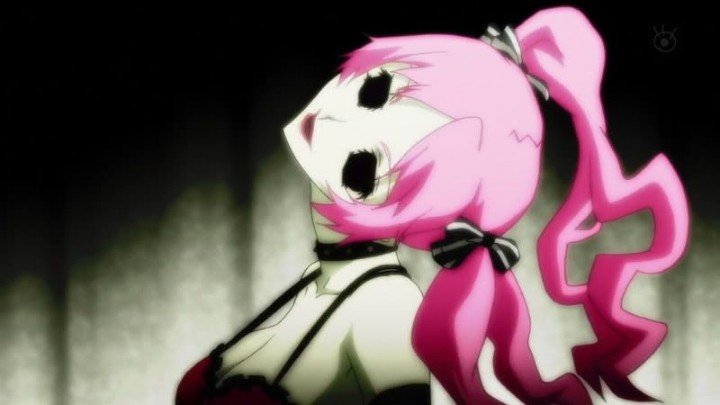 This is an about vampires in a small village. A disease of sorts. It only reaches epidemic levels.

Shiki is a slow series to get into. But that doesn’t mean the isn’t worth getting into and being patient with.

I was patient and in the end, I wasn’t disappointed.But I was definitely shocked at the depth the laid out later.

Your morality will be challenged, and your human ethics questioned. Especially when it comes to regard for “other” life, and what’s right vs wrong. 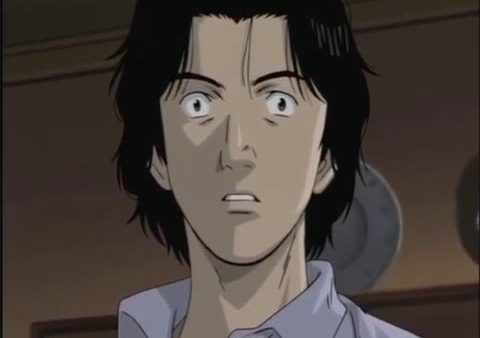 Monster is a classic by Madhouse Studios. An that seems forgotten in 2021, but still has the chops to make a lot of modern look mediocre.

Kenzo Tenma, a doctor, surgeon, saves the life of a kid with a bullet wound close to his brain. 10 years later that kid is national serial killer.

He regrets his choice, deeply. And makes it his personal mission to hunt the serial killer down (Johan Liebert) and kill him.

This new and unfamiliar journey starts to wear down Kenzo Tenma’s mental health in small degrees. Enough to change his appearance and “grooming” habits.

Kenzo slowly becomes a new person all together, brought on by his heavy guilt and sense of responsibility. 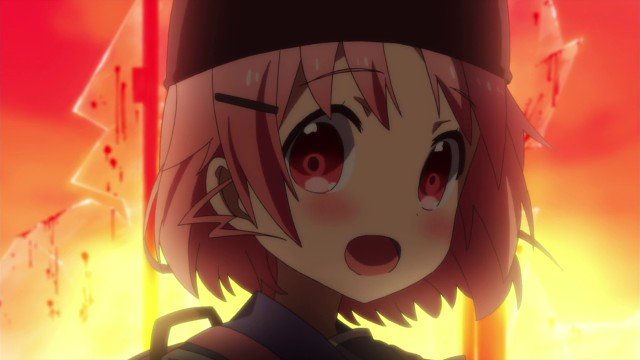 Gakkou Gurashi is one of my favorite horror shows of all time. It’s another underrated horror like Hell Girl, but a lot better for me.

Yuki Takeya is a gentle girl who makes everyone around her smile and feel happier. Especially in the worst of times.

The thing is, Yuki Takeya has a mental illness. Psychosis. PTSD. And she talks to people who aren’t really there anymore.

Other characters play along while barricading themselves from the outside world which is filled with zombies, on a pandemic level.

You won’t find many that highlight mental health (and horror) in the way Gakkou Gurashi does.

Paprika is a weird horror by Madhouse studios. I seen a comment describe it as “what it feels like to be on LSD” or some other drug that gets you high.

Paprika is the character with red hair, who only appears within people’s dreams. And seems to help them.

The plot centers around a device that allows doctors to enter people’s dreams while still awake.

I won’t say too much to avoid massive spoilers, and the craziness of how everything connects down the line. But the might tickle your fancy.

It’ll mess with your mind and leave you with questions.

Elfen Lied is one of the biggest horror ever made.

It’s about a creation called Diclonius. Similar to humans for their flesh and bone, but they have vectors powerful enough to make a person explode.

Lucy, the main character and Diclonius, escapes her lab and washes up on the shore. And the lab (and government) tries to hunt her down.

If you want a horror with a sad, depressing ending, you’ll get it from this. It just shows you how unfair and cruel life can really be.

9. High School Of The Dead 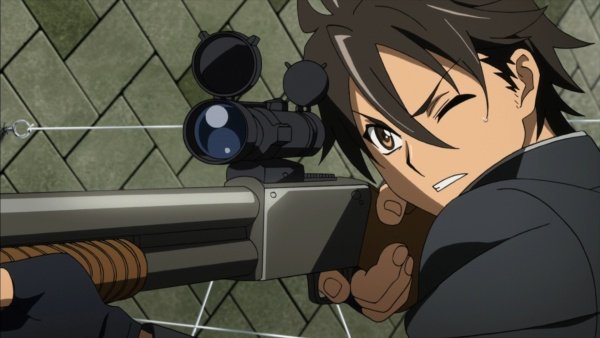 High School Of The Dead is the type of that throws in fan service and booty-shots, right in the middle of killing zombies.

The fan service is out of control, but it’s an Ecchi series despite the serious focus on zombies and violence.

While it’s not the best horror from a mainstream view point, it is decent overall, even with its setbacks. 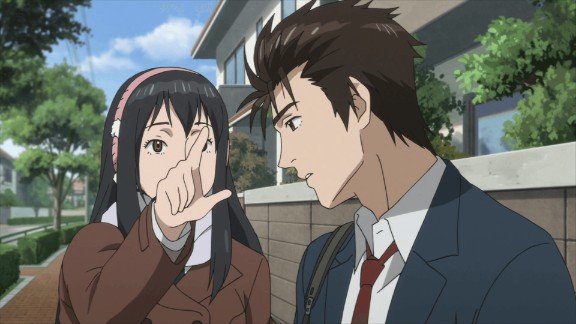 Parasyte The Maxim is about a parasite… that takes over the arm of Shinichi, the main character. And they’re both forced to share the same body.

Having a parasite in Shinichi’s arm attracts the attention of other parasites that have fully absorbed and taken over human bodies.

Philosophical moments, life lessons, thought provoking questions, and a lot of disturbed scenes is what you’ll find along the way.

This is one of the most known horror to date. 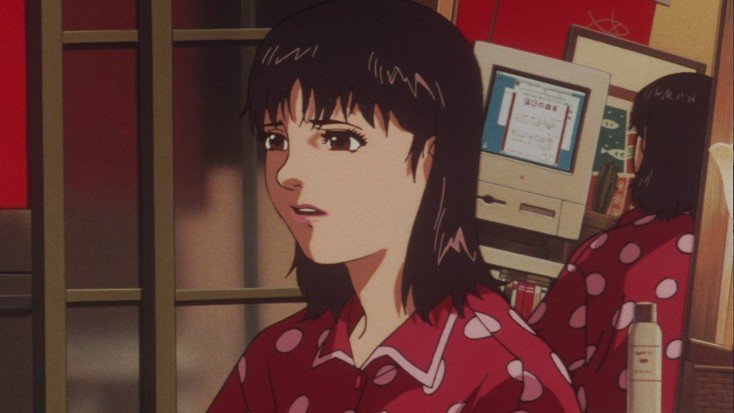 Perfect Blue is another horror on this list by Madhouse Studios!

This 1997 is about Mima, a pop idol singer. And how the “celebrity” life is suffocating her. To the point of exhaustion.

It gets to the point where she’s being stalked by a creepy looking guy. And the stalking reaches a new level of sickness when Mima decides to give up singing.

Perfect Blue is a window into the idol, celebrity life, and the dangers that come with it. And what that does to a person’s mental state.

Related: Here’s What I LOVE About Older Anime (Better Than New Anime) 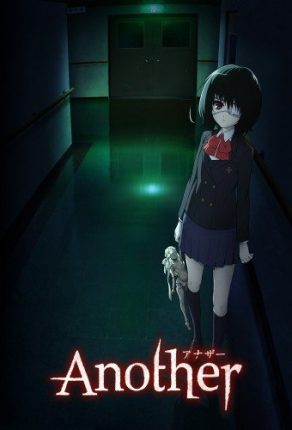 Another is an series made by P.A Works, the same studio behind Shirobako and Charlotte.Just like Elfen Lied, it’s one of the most famous horror .

It’s a horror that seems to pull out one tragedy after another, all related and connected to Yomiyama North Middle School.

All of these horror and deaths are viewed through the eyes of Mei Misaki, a quiet but intelligent girl, and Sakakibara, who’s drawn to her.

This is one of the earliest horror I came across.

Related: The Greatest P.A Works Anime You Should Consider 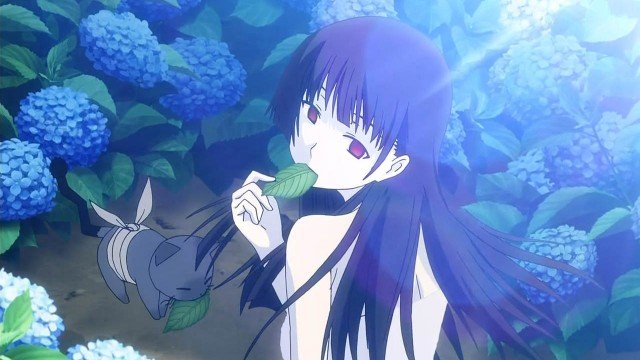 Sankarea: Undying Love is the type of that goes in another direction all together, relating to zombies.

Chihiro, the main character, wants a zombie girlfriend. And he gets his wish with a girl called Rea.

Chihiro finds a way to bring the dead to life, first starting with his dead cat.

Some themes in this , like the sick twisted pedo father and his dirty habits might make your stomach turn.

It’s “twisted” elements are comparable to Happy Sugar Life, Elfen Lied, and others.

14. Kabaneri Of The Iron Fortress 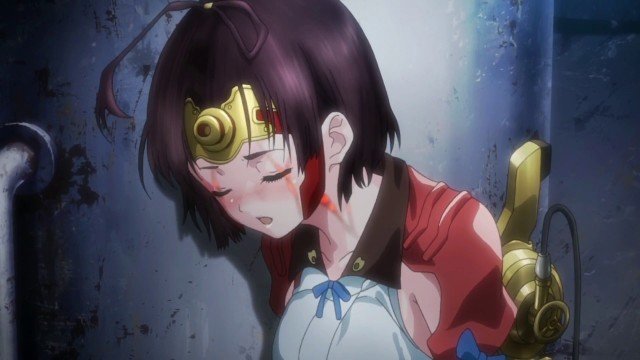 Kabaneri Of The Iron Fortress is like Attack On Titan’s little brother who didn’t get as much attention. Except this is a horror.

“Kabane” are a type of creature who like zombies, infect humans and cause them to lose their humanity.

Mumei is the “bad ass” of the series, and Ikoma is the smart, witty, scientist character who saves lives, and looks cool doing it.

The isn’t chipper though. It’s gritty, down in the dumps, and generally has a dark mood with changes when necessary. 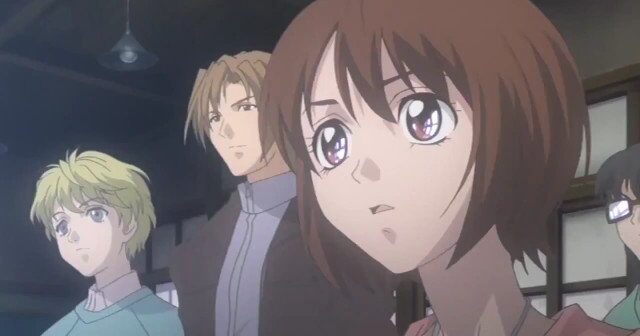 This is about Mai Taniyama who starts working for a company that “exorcises” ghosts in people’s homes.

There’s a creepy factor to how that plays out.

It has genuine moments that will make you JUMP, even if the itself isn’t bloody or gory like the usual horror style.

Ghost Hunt is another horror series that seems to be forgotten. In fact it’s more obscure than most. Being an about ghosts.

With so few ghost as it is, Ghost Hunt does a good job of representing what little of the sub-genre there is. 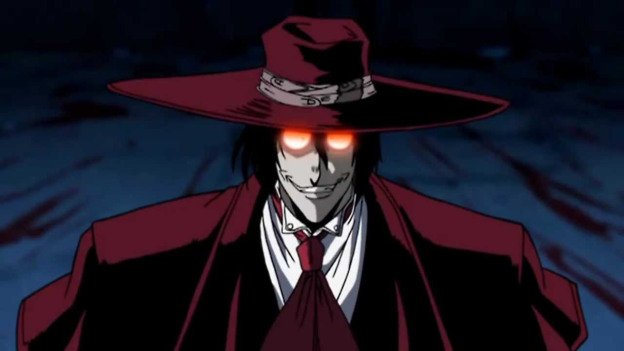 Hellsing is a classic horror series, unsurprisingly by Madhouse Studios again. Made in the 2000’s like many of the studio’s horror series.

It’s about Alucard, a vampire, with the skills to kill in a style similar to Revy Rebecca from Black Lagoon.

He works with the Hellsing organization to hunt “bad” vampires.

If you’re bitten in this and you’re a virgin, you’ll become a vampire. But if you’re not a virgin, you become a ghoul and lose your humanity completely.

Hellsing Ultimate is the “true” adaptation, with the original going in its own direction as far as story. 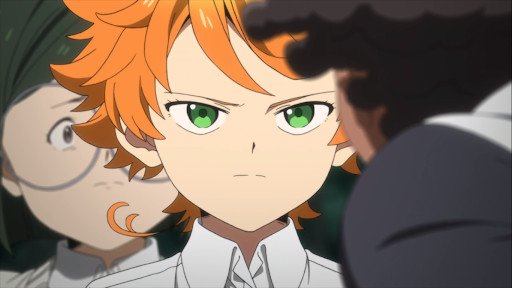 The Promised Neverland is what I’d call a unique horror, just like Higurashi or Happy Sugar Life.

It’s by Cloverworks and A1-Pictures.

It’s about kids who find themselves in the human equivalent of a “child” farm. There’s tons of mystery surrounding the plot and what’s happening around them.

Season 1 I feel was overrated by fans, but the stuck and it does have good concepts.

The 1st episode is what draws you in, even if in a overly dramatic way, with the rest of the being more about strategy and tactics for survival.