Can you believe there are people online (and offline) who desperately want anime banned?

When you hear or see their reasoning, you have to facepalm yourself, splash some water on your face, and wonder if they’re actually being serious.

This isn’t a post about defending the anime industry.

No, it’s a post that will share why the idea of banning anime is stupid and won’t work.

Why Anime Won’t Ever Be Banned:

1. Childish reasons that hold no weight

To give you an example of what I mean, take a look at this quote from debate.com:

This debate page is focused on banning anime in America. And at first sight – it might seem like a prank.

Can anyone with a brain  take this bullshit seriously?

How ignorant can be a person be?

This is the persons reason for wanting to ban anime out right.

As anyone with a brain cell can see, reasons and excuses like this are childish and hold no weight in the real world.

They’re just personal opinions of someone who has a problem with anime for whatever reason.

2. The more popular anime gets, the harder it’ll be to get it “banned”

If you’re a fan of the hip hop industry then you’ll know what I mean. From government, to politicians, people with political power, you name it.

But how did that turn out? The answer is obvious: hip hop is now the biggest genre on the planet.

Because all the reasons to ban hip hop were childish, held no weight, and made no logical sense.

In fact – it’s one of the most searched things on the internet.

The anime industry is the same 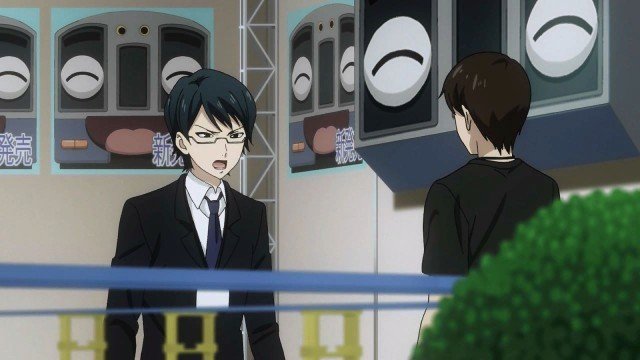 The more idiots who criticize anime (like on debate.com), the more attention anime will get.

And the bigger anime will grow as an industry.

It has so much influence around the world, especially in the west.

Netflix is a good example of a company investing in anime, because they know it has a future, and how much potential it has as an entertainment medium.

So good luck with banning it!

3. Anime is on the rise with no signs of slowing down

The anime industry is still in its startup phase, and has a long way to go in terms of profits and stability.

But the statistics don’t lie – anime is on the rise and profits are increasing almost every year in the last couple of years.

Not to mention anime as an entertainment medium is just as influential as regular TV and films.

The only difference is it hasn’t been accepted by the masses, hence why anime still isn’t what you’d call truly mainstream yet.

4. Anime is a bigger part of the entertainment industry than you think

Anime is a big part of the entertainment business. And even though “haters” won’t admit it, it’s a big deal with plenty of influence.

Enough that there are ONLINE PETITIONS that have been created to ban anime.

Mostly by idiots who are misinformed, politically correct social justice warriors who have NO idea what they’re talking about.

To prove my point about “idiots who don’t know what they’re talking about”, just read this sentence from the screenshot above:

In their own ignorance, they think anime is Chinese and yet they’re supposed to be “experts” on why anime deserves to be banned…

Did you just vomit after digesting everything I fed you?

If you’re wondering if this is a nightmare, I’m afraid it’s not. This is real.

Will anime ever be banned?

All I’ll say is whoever tries banning anime (legally), they’re welcome to try. It won’t work in their favor because they never have legit reasons except personal feelings.

In the end they’ll fail and wake up to reality, instead of getting flustered about something they disagree with. Because it’s just that: a disagreement that isn’t grounded in reality.

But I will say one more thing:

No matter how you look at it, the result is the same. Anime isn’t going anywhere.

No different to how they tried banning the video industry, and yet it’s still here today.

Recommended: Is Anime A Bad Influence?