The #coronavirus pandemic has swept through the world, and no country is blind to it.

It’s the last thing a lot of us could have ever seen coming in the year of 2020. Especially to the degree that it’s changed our lives, and the way we live on a daily basis.

Anime events, shows and more are getting cancelled left and right.

Ironically – there are shows that resemble the coronavirus outbreak in a lot of ways. Some more than others.

Since it’s relevant to the times we’re in, let’s talk about it.

1. Highschool Of The Dead 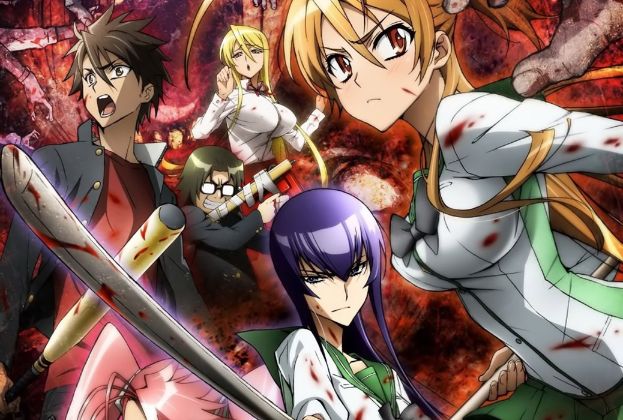 Highschool Of The Dead is a pandemic kind of . The “pandemic” here is about zombies.

Out of the blue – classmates in school and the city become zombies for no logical reason. And the 2 main characters are forced to kill people they once knew… Who are now zombies.

Ignoring the silly fan service and ecchi scenes in Highschool Of The Dead, the mass panic is similar to what we’re dealing with right now.

This is especially true back in March 2020 when it began worldwide.

Just like in the real world, Highschool Of The Dead’s “reality” was never the same from that 1st episode.

Relevant: 5 Anime Shows That Take Fanservice To A New Level Of Stupid

Canaan is an made by the Type-MOON creators. This is why the designs of the MC is similar to Fate characters.

This is about Canaan, a female character, and her mission to save those she cares about from a deadly virus.

There’s an ongoing battle over control of this virus, and the greed that stems from it.

Not exactly like the coronavirus pandemic, but there’s a similar undertone. Especially when vaccines come into play. 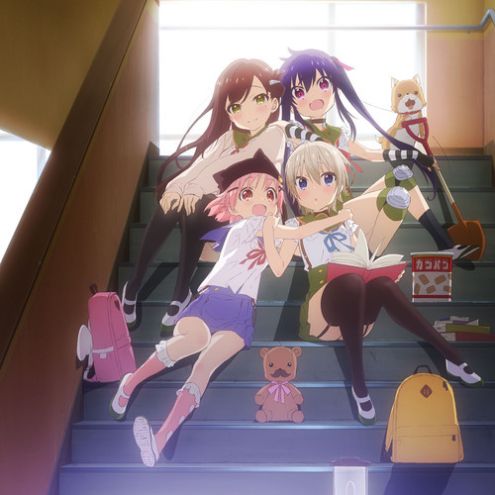 Gakkou Gurashi is an series we can all learn from as far as the #coronavirus pandemic.

The is about 4 girls in school. The school they attend is oddly prepared for the zombie pandemic that spills out of control suddenly.

With zombies outside of school grounds and all over Japan, the main characters are forced to stay inside school and live off rations. And the remaining food left over to survive on.

I won’t spoil it but there’s a lot to take from the preparation seen in this to deal with a pandemic. 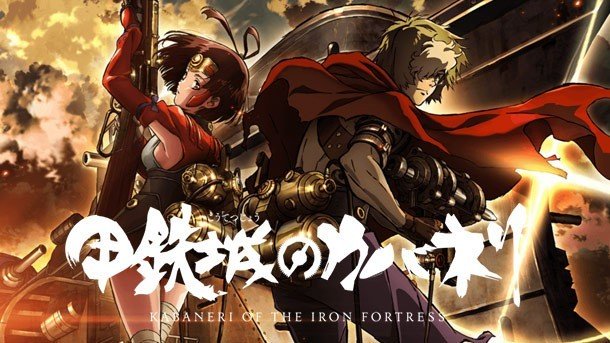 Made by the same studio as Attack On Titan, Kabaneri is about creatures called Kabane similar to zombies but different.

It all starts with an infection from within, it spreads, kills the hosts and births a new creature all together.

Mumei is one of the main and strongest characters who fights against Kabane. Along with Ikoma, a smart character who plays “the brains” part of the story. And figuring things out.

Related: The Most Powerful Quotes From Kabaneri Of The Iron Fortress 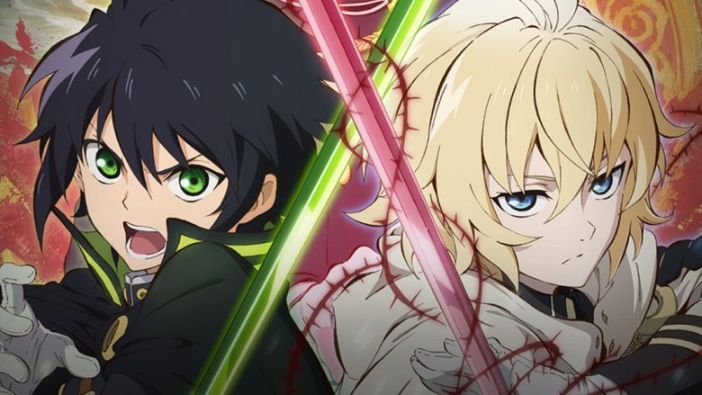 Owari No Seraph, also made by the same studio as AOT isn’t pandemic level but more epidemic.

The similarities are still there when comparing to the coronavirus (more so back in January 2020).

The long and short of it is a virus killed tons of people, and they made a vaccine to counter it.

Apart from this – the main story is based on humans being used as livestock for the Vampire race. And the battle between both races. 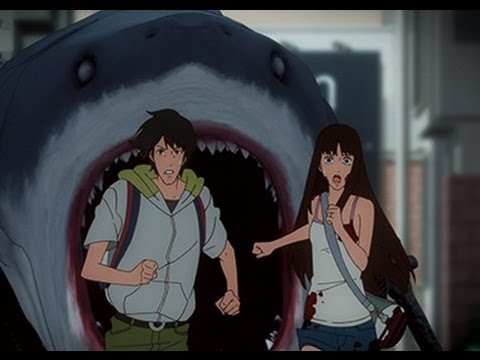 Gyo Tokyo Fish Attack starts in Okinawa, Japan. This is a short movie (over 1 hour).

Imagine sea creatures with legs being able to walk on land and attack you. Smelling like nothing less than death itself, and rotting flesh.

This is the main theme surrounding this movie.

The pandemic sweeps through Okinawa and reaches Tokyo. With survival being the only thing on each characters mind.

Shiki isn’t pandemic level, but epidemic level. It started in the village of Sotoba. And starts spreading as each episode passes by.

Toshio (the doctor and MC) plays an important role in fighting against the epidemic.

Each human who’s infected goes through similar experiences to a #coronavirus patient. Heavy breathing, tightened lungs, and difficulty moving around.

The last stage resembles death in Shiki, except infected humans become Shiki and continue to live on. 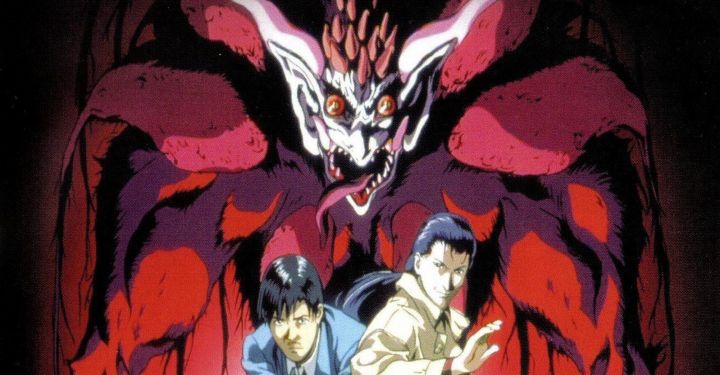 Bio Hunter is an OVA (original video animation) movie. And it’s one of the most savage types out there.

The concept here is the virus that spreads is able to turn humans into demons. And those demons then devour humans.

The pandemic spreads when one doctor fails to find a cure, and is then turned into a demon himself.

What happens from there is anything but P.G.

9. Zaion: I Wish You Were Here 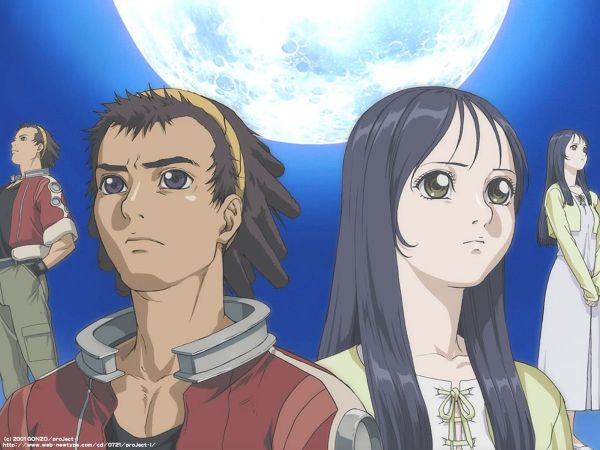 Zaoin is an original show by studio Gonzo. With only 4 episodes.

The pandemic starts in the future when a meteor crashes into the earth, and the virus that comes from it infects humans. Turning them into monsters.

The pandemic level in Zaion is insane because it kills the majority of the human race, and there aren’t many left after all is said and done. 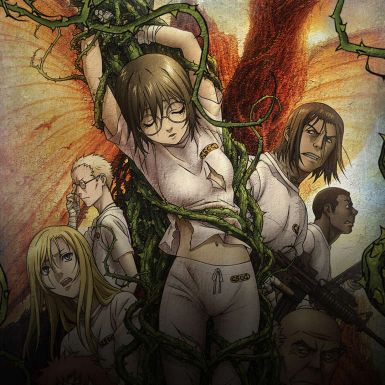 Similar to Shiki, King Of Thorn is on an epidemic level. But it does spread worldwide.

This movie is made by Sunrise, the same studio as Code Geass.

King Of Thorn isn’t as violent as comparable shows on this list as the virus is related to putting people to sleep. And the name of the virus is “Medusa”.

If you want a taste of mystery and the unknown without the bloodshed, this will do the trick.

Black Bullet is a personal favorite, made by Studio Orange. Same studio as Beastars.

In this post-epidemic world, the main characters: Rentaro and Enju are fighting the Gastrea. A type of creature that almost destroyed Tokyo.

Some children have been infected by the Gastrea, and they’re called “the cursed children”.

The only way to contain the virus and prevent another epidemic or pandemic is to monitor these cursed children. And of course – get rid of the Gastrea.

The cursed children are used to destroy Gastrea since they have Gastrea blood in their vains and superhuman strength.

36 Anime Shows You Can See On Amazon Prime