Madhouse studios is legendary in the anime industry. With some of the highest rated shows of all time.

Not to mention some of the most:

And well-done anime (no pun intended). I’d be surprised if any fan weren’t into at least one of their anime.

Let’s get into the best, greatest anime they’ve created so far. Monster is an underappreciated anime I feel. At least these days.

Imagine being a surgeon, a doctor, and one day you save a kids life by extracting a bullet from near his brain.

And then 10 years later that same kid happens to be a national serial killer.

You’d feel tormented by your decision. And that’s the story that relates to Monster and the main character: Kenzo Tenma!

Deep anime like this just don’t come around too often these days.

Read: The Most Thoughtful Anime Quotes From Monster 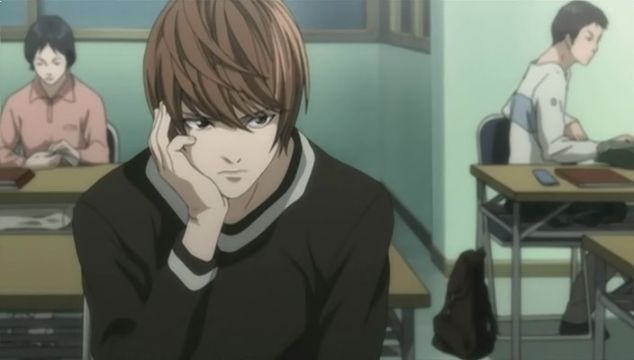 Might as well get this one out early. is a killer series with so much going for it.

I don’t wanna sound like I’m overhyping it but even I was surprised by how good this anime is. It’s the type of anime that tends to match up to its reputation.

It all starts with an ordinary teenager who happens to be very intelligent.

A falls out the sky by chance, and he ends up using it to kill “evil” people and bring about justice behind closed doors.

It’s such a solid series that’s still known and talked about to this day.

Read: 5 Dark Life Lessons You Can Learn From Death Note 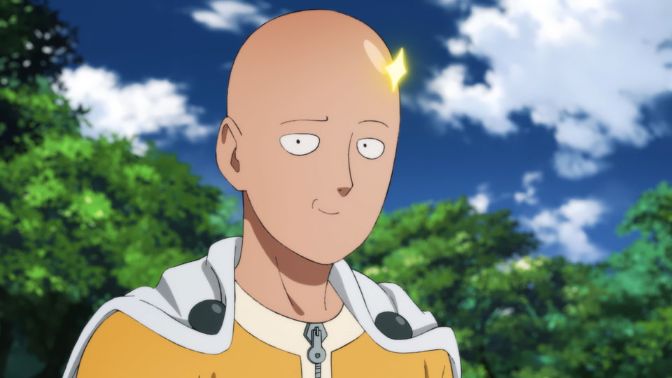 One Punch Man is another Madhouse classic. But in typical Madhouse fashion, they have no idea how to count beyond the number 1.

Regardless of how you feel about One Punch Man’s season 2 wit J.C Staff, Madhouse is responsible for the franchise’s insane popularity.

A balled guy who became balled by working too hard, and can defeat enemies in One Punch. Who happens to be so strong he’s depressed because no one can challenge him.

Who knew a Shonen style anime could ever feel this deep, and still be comedic at the same time. 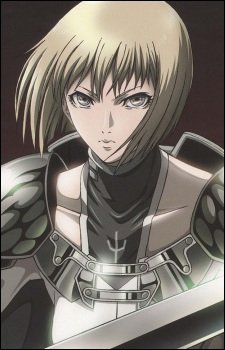 Claymore is another underappreciated anime these days. It’s not as if it’s not known, it is.

In this world it’s run by female characters, or I should say warriors.

There’s a demon called Yoma, and the “Claymore” soldiers are humans with Yoma blood. Giving them their supernatural strength.

Claymore’s have no purpose other than to fight and destroy Yoma, and protect humans for a fee.

This “forced” lifestyle leaves most Claymore’s empty and without much of a personality. But the main character – Clare, is different.

Parasyte isn’t my favorite Madhouse series, but it’s one of the best they’ve ever made.

It’s a horror anime but with a slight twist.

The main character’s brain is almost eaten by a parasite, which instead takes over his right arm, and develops a conscience.

The parasite and the MC go back and forth, being forced to live with each other and protect each other from danger.

Thought provoking, questions of morality, this anime hits deep and stands out from other horror series. 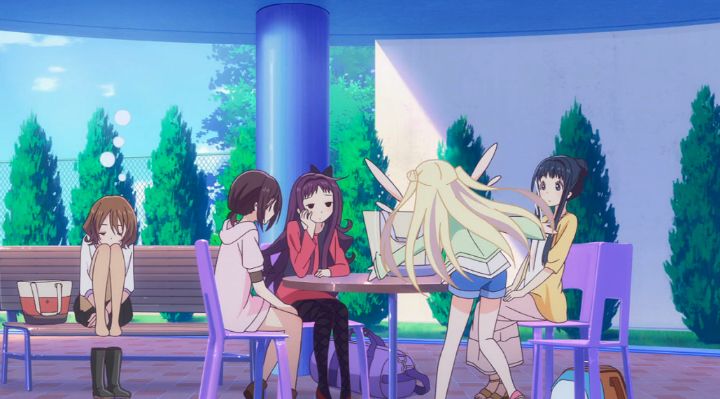 Hanayamata is like Madhouse’s version of Love Live, but without the idols.

Naru Sekiya meets Hana Fountainstand, a girl who’s insistent on creating a group to do Yosakoi.

Yosakoi is a Japanese freestyle dance and this anime highlights this element really well.

It’s a laid back slice of life with the theme of Yosakoi to give it a vibe comparable shows don’t have. 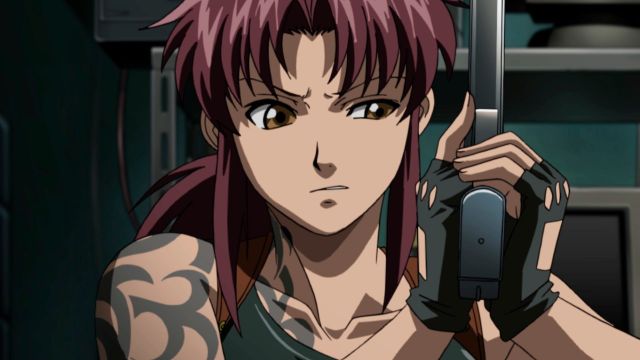 Black Lagoon is in a league of its own. There’s no comparable show that’s on its level for what it does (except Jormungand, but that’s different).

The main character: Dutch, is the leader of the pack. He runs the lagoon company that’s affiliated with smuggling.

Revy Rebecca, an “employee” of the company is the MC who gets all the attention for her rowdy personality and a potty mouth to go with it.

Her nickname is “two hands” for the twin pistols she uses.

F bombs, profanity, blood, action packed scenes and an underworld of criminals is what you can expect from this anime.

Related: 37 Of The Darkest Anime Quotes 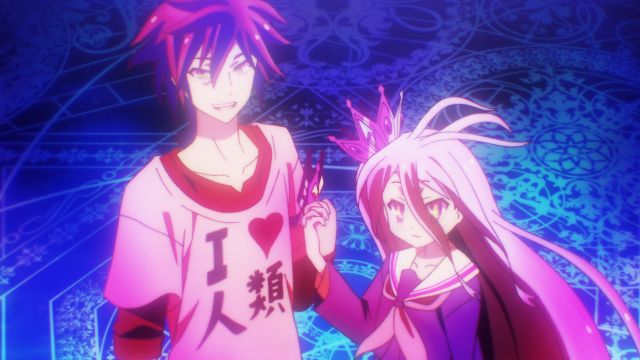 No Game No Life is one of the most famous Isekai, even in 2020. Madhouse hit the lottery with this one.

As usual, Madhouse hasn’t made a 2nd season and it’s driving fans crazy.

If you’re into Code Geass and the “chess” element of it, No Game No Life is like an Isekai, colorful version of that.

A brother and a sister team up and given how bright and cheery this anime looks, it’s eye candy for anyone watching. 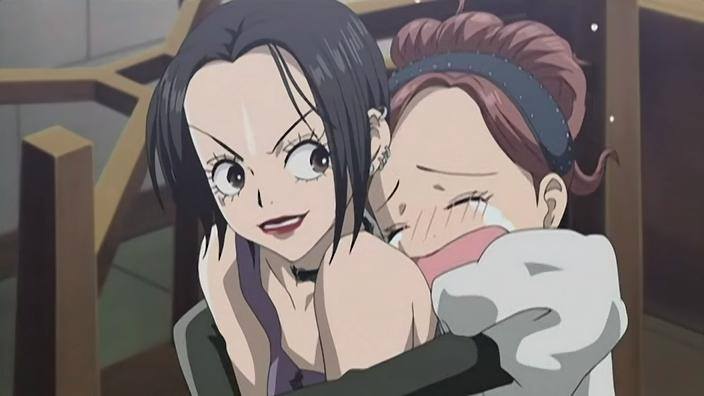 Nana for me is one of the greatest slice of life shows to ever come out of the industry. No debate.

Two girls called Nana meet on a train to Tokyo, and both end up moving into to the same flat coincidentally.

As the anime makes progress, we see that Nana Osaki, the one with black hair is the more edgy, daring, brave and “realistic” character of the series.

Nana Komatsu on the other hand is a hopeless romantic, cheerful, cute, easy to get along with but sometimes stupid.

The anime takes you on a journey of what it’s like to be in your 20’s and the experiences (like sex, jobs, etc) that come with it.

No Guns Life is the only Madhouse anime that’s ever come out with a 2nd season. It’s one of their newest, so they’re turning a new leaf.

The anime is about Juzo, an extended who makes a living solving problems in the city. Problems related to ex military soldiers like him.

The animation style is more on the realistic side, with dark edges and characters to match it.

The surprisingly good light comedy evens it out, and it’s more of a chilled anime. Even though it has some decent action.

11. The Ambition Of Oda Nobuna

The Ambition Of Oda Nobuna is the most accurate and well portrayed anime when it comes to historical figure: Nobunaga.

It starts off with the MC ending up in the Sengoku period of Japan, where a female version of Nobunaga lives.

If you wanna watch an anime where you can learn about history, this is it it. And it’s entertaining enough as well.

These days it’s a forgotten Isekai series most don’t consider when thinking about Isekai.

12. A Place Further Than The Universe 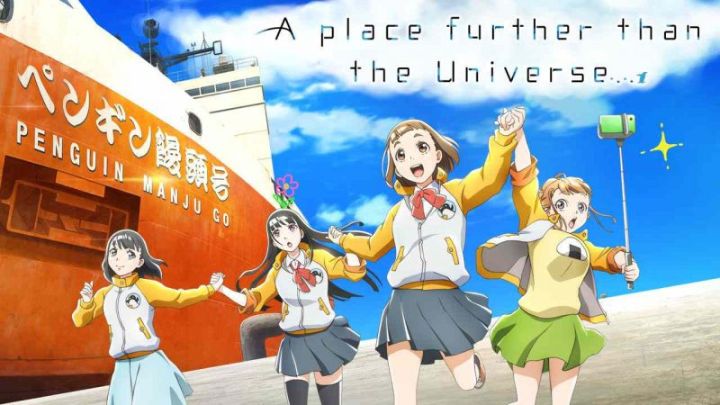 A Place Further Than The Universe is one of the nicest madhouse anime as far as animation style.

It’s more on the bright, cheery side. But something about it feels different (character designs).

The main characters end up on a journey without saying too much, so if adventure aspects do it for you, watch this.

It’s a slice of life as well and the life lessons this anime spits out speaks for itself. 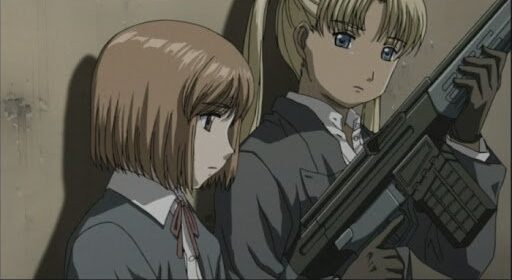 Gunslinger Girl is so underrated in this day and age. You’d be lucky to hear someone recommend it.

It’s about girls who’ve been given another chance at life. They’re modified humans. It was necessary to help them survive.

In exchange for saving their lives they become killers for the government and do their “dirty work”.

It’s tragic, sad, and depressing. But the gorgeous and instrumentals is really what makes everything come together. 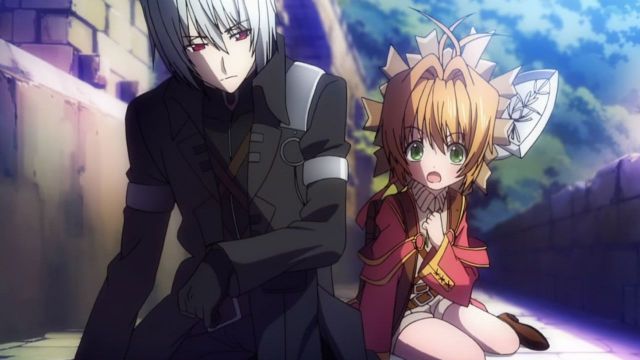 Sunday Without God is about what happens when God abandons the world on Sunday, and the aftermath of that.

Gravediggers, a type of character, are used to deal with the dead who are unable to pass on.

It’s religious, makes you think, and gives you a lot of questions to ponder on. Given the context.

15. Highschool Of The Dead 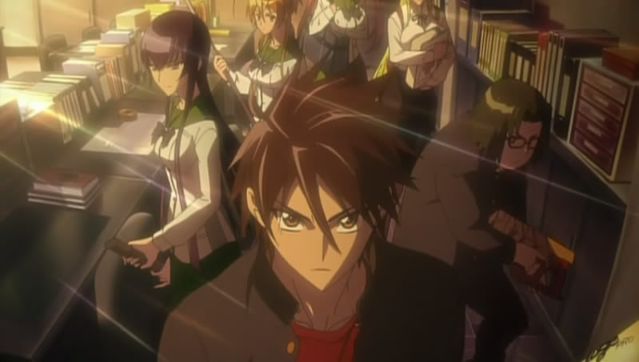 The main characters are trying to survive in a world over un with zombies, first discovered in school. Plenty of blood and horror in this one.

Not my favorite Madhouse series, mostly because of the overused and abused fan service, but it has to be said.

Highschool Of The Dead is a great anime besides the opportunistic fan service. Chihayafuru is about Karuta, a type of Japanese game played in Japan.

Chihaya (the main character) becomes obsessed with it after being “roped” in by Arata, another relevant character.

This is a Josei series and it caught me by surprise. I enjoyed more than I thought I would.

If you’re up for some romance in the form of Josei, mixed in with , you’ll walk away with something different with this anime. 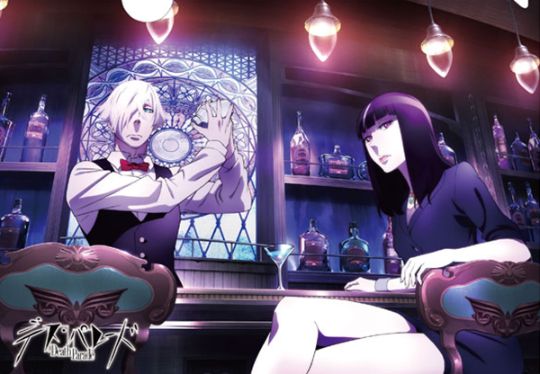 Death Parade is another deep series that picks apart the characters and goes into detail.

It scrutinizes each character’s personality, what makes them tick, and whether they’re “worth” being sent to either heaven or hell.

The place in between life after death is where many characters are judged “before” being sent on their way.

It’s the kind of anime you’ll warm to or you won’t, but it’s hard to call it an outright “bad” anime series.

9 Of The Greatest Doga Kobo Anime You NEED To Watch!