P.A Works is a unique anime studio that focuses on slice of life, supernatural and more relaxed shows in general.

It’s not as dramatic, flashy or filled with psychological themes like Madhouse or Studio Bones.

But in spite of that they have some notable shows that are worth mentioning. 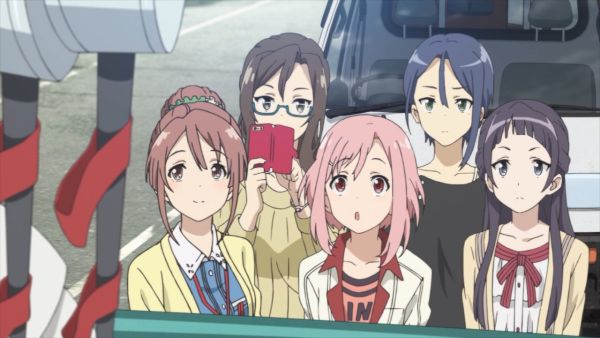 Sakura Quest is a slice of life series based in Manoyama, a real life Japanese village in the countryside.

The main character: Yoshino Koharu is sick of life in Tokyo, and accidentally ends up in Manoyama with a job in tourism.

The anime’s story takes off from that point and most of the series is based around adventures, personal development, team work and business.

In a way it’s similar to Spice And Wolf but only in a way that’s subtle. 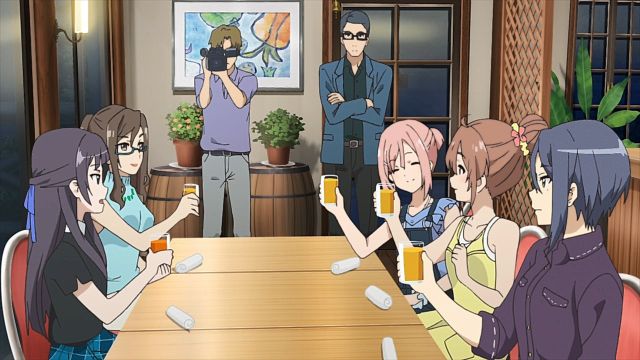 Sakura Quest’s opening is some of the best I’ve seen in the last few years of anime.

And the characters are just as memorable as the , along with the anime’s life lessons. 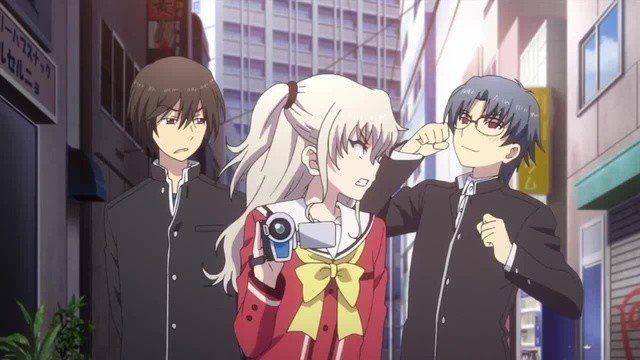 Charlotte is the kind of anime that’s underrated because bigger, more famous Shounen overshadow it. Especially because Charlotte is short (only 12 episodes).

It’s about teenagers with supernatural powers, but the trick is once they reach a certain age they lose their powers in this universe they live in.

Not only that – each ability has its limits so no character can technically be over powered or have “broken” abilities. 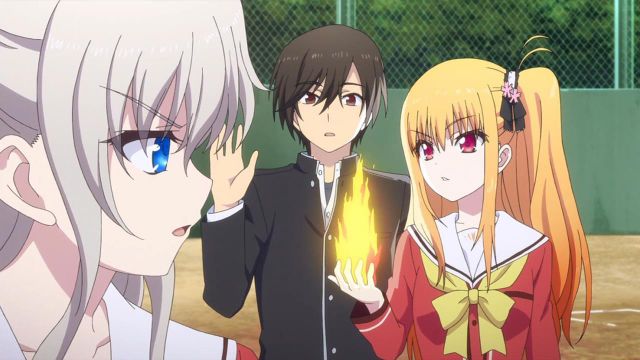 Shirobako is one of the most successful shows from P.A Works.

Not just that – but Shirobako is a legend in the industry because of its subject.

The anime is about the anime industry, and it focuses on anime production, studios behind the scenes, how anime shows are made, the stress that comes with it and more.

It’s the #1 anime to watch if you want an insight into the anime industry or you have a desire to get into the industry yourself as a creator, animator or otherwise. 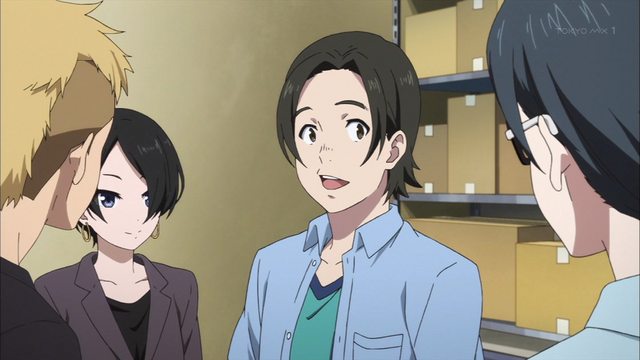 And it’s not just fiction. In Shirobako’s case it’s a realistic depiction of what the anime industry looks like, as well as the dark side of what the average fan doesn’t see.

Arguments, low pay, marketing, schedules and the list goes on. 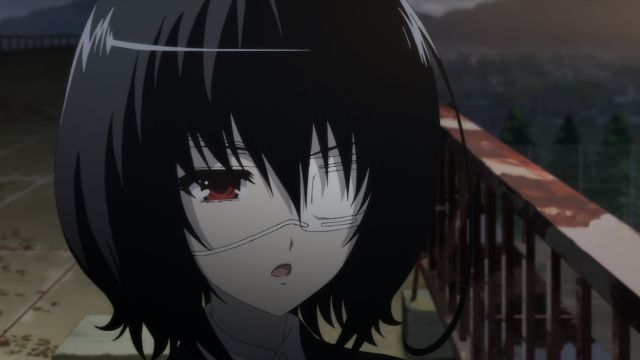 Another is one of the most iconic horror series in anime. Known for its sheer brutality, some of which some fans see as over the top and unnecessary. It depends on the person.

For me – Another is a decent horror to get into if you’re new to horror anime. And the main character – Mei Misaki is a strong protagonist with an an aloof demeanor.

She’s the introvert type who keeps her distance but observes from a far and enjoys her own company.

The anime does suffer from”bland male protagonist” syndrome, but it’s still an anime worth shouting out from P.A Works catalogue. 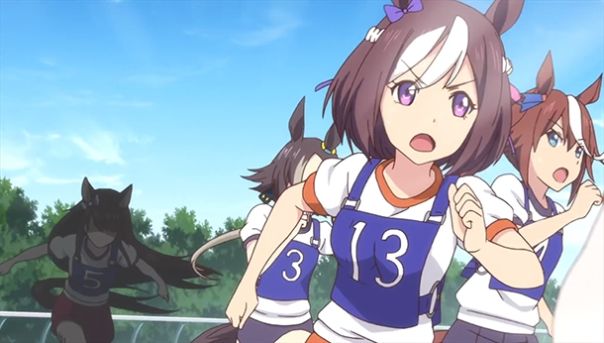 Pretty Derby is like horse racing, literally. The main difference being the anime characters ARE the horses in the bodies of cute anime girls.

The anime is an example of so many that follow a trend of turning animals into cute anime girls, and sometimes male characters. A trend that’s been strong for the last 5+ years.

If slice of life is your thing than you might enjoy Pretty Derby, or at least come away from it with a decent experience. But not mind blowing or captivating. 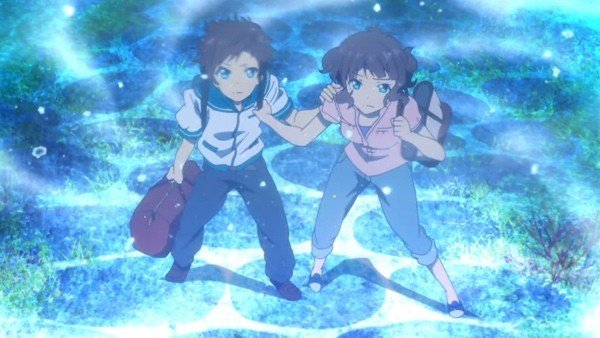 Nagi No Asukara was one of the first 20+ romance shows I ran into.

I had no idea what to expect back then. But now I have hindsight.

It’s a supernatural series with romance being an important part of the story and its characters.

Colorful episodes, relevant characters, and a mix of scenes is what you can expect from it.

If I had to compare it – it’s like Clannad, Kokoro Connect or a similar series. Except the supernatural elements stand out from the first episode and beyond. 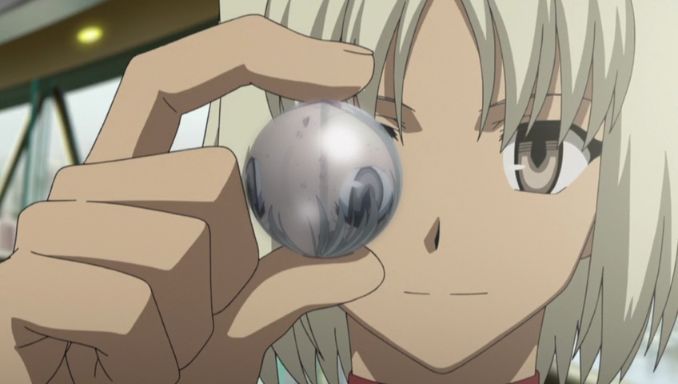 Canaan can be compared to Blood+ for its style, action, main characters being female, and the similarities between how characters have supernatural strength.

The main character: Canaan, named after the anime itself is an Asian-looking character that helps her design stand out as a protagonist.

The way the anime executes and tells its story though it’s not as good looking as the MC.

This is balanced by the action and the few moments where Canaan shines its best. And even though it’s not the type of anime P.A Works is known for, it deserves to be mentioned.

Related: 11 Of The Most Interesting Dark/Light Skinned Characters In Anime 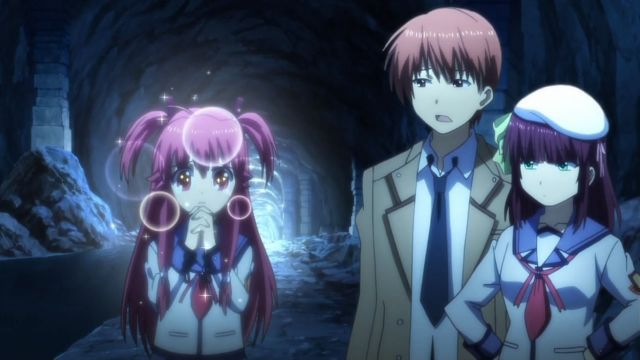 Angel Beats is without a doubt the most popular anime from P.A Works. No anime can compete for its popularity in their catalogue, not even Charlotte, Another or Shirobako.

The concept of Angel Beats is based on death, heaven, and things revolving around that. I won’t say too much because of spoilers.

As an idea – Angel Beats is fresh, and I can see why the anime has its merits.

Personally it’s not my favorite (I feel it’s overrated), but It would be wrong to ignore it.