isn’t exactly the most illustrious or highly rated, respected anime genre. I won’t lie. But some solid shows are worth their weight in gold.

Some are even my favourites and put clever spins on:

Or anything else associated with anime themes and content.

Here are some recommendations. 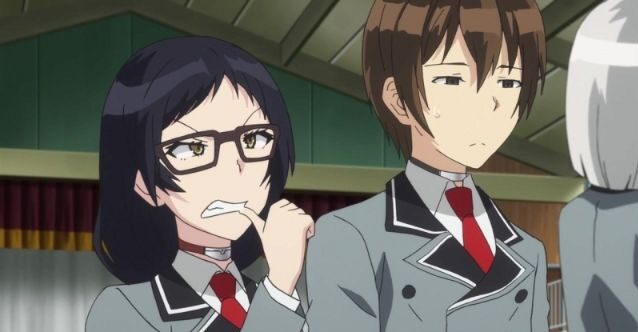 Shimoneta is that one anime I thought looked too weird, looking from the outside in. But it’s made by J.C Staff, so I gave it a go.

I never looked back.

Shimoneta feels like an anime that takes the piss out of SJW culture in the USA. The reason being the theme is about a society where dirty jokes and lewdness is considered “filthy”.

You can even be locked up by the decency police and thrown in jail for doing it.

If you want a good laugh and an anime that’s creative and doesn’t hold back, try this.

2. How To Raise A Boring Girlfriend 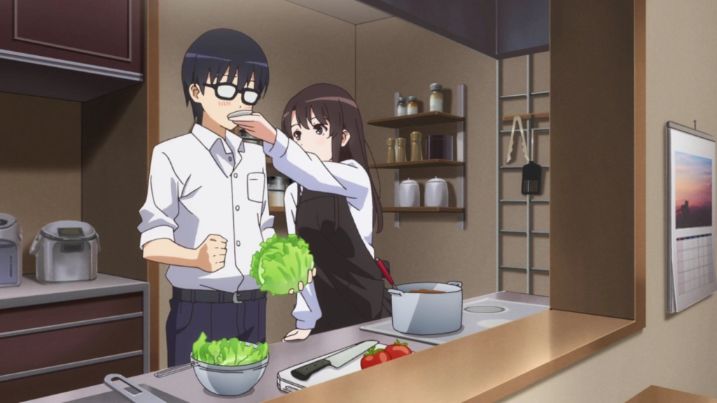 How To Raise A Boring Girlfriend is a good title for an anime. It’s why I was drawn to it in the first place.

It’s about the main character: Tomoya, and his desire to create a dating sim game as an Otaku.

Three end up joining him and helping him create this game. The are also Otakus with their own careers (authors, etc). Except for one.

Breaking the 4th wall, comedic elements, and a good mix of characters and personalities. 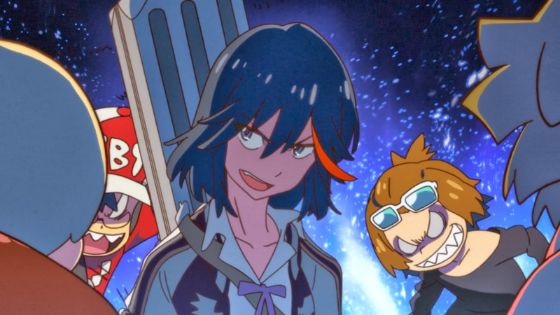 Kill La Kill must be one of the greatest anime of all time. And it’s not surprising why when you see how it plays out.

Even as an anime in general, it’s solid.

Think of it like or Konosuba. These point fingers at cliches and tropes in anime and then turn that into an art.

is similar. So many tropes and cliches are made fun of to the extreme, especially -style cliches. And it turns it into a work of art and differentiates itself from the crowd.

If you’re into or action anime of that nature,  delivers the goods on top of everything else.

Magicami DX | Adult Fantasy Game Start Playing Now
We earn a commission from Amazon & other affiliates if you make a purchase at no additional cost to you.

4. Uzaki Chan Wants To Hang Out 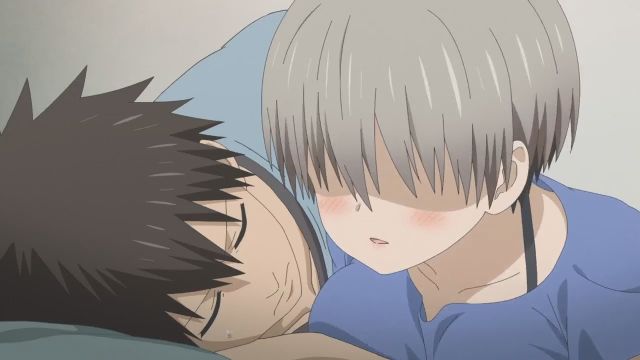 Uzaki Chan Wants To Hang Out isn’t my favourite anime in the slightest. I’d be lying to say that.

I was mostly into it for the drama it caused and the controversy it stirred. But after watching it, the truth is it’s not a bad show.

It’s decent and is something to watch if you want a “slice of life” style of in your life.

The main theme is an introvert who’s being pestered by an extrovert and how they end up “hanging out” together.

The long and short of it. 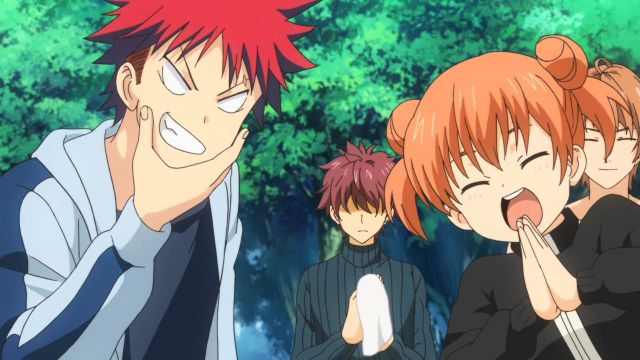 Food Wars is an I’ve rated the highest of any, probably even more than .

It’s not the type of anime that can be compared to others, even if you’re talking about anime in general.

The food aspect, the chefs, the competitive spirit, and the mix of are something different.

The way they exaggerated reactions to food that tastes good and somehow turned it into fan service (and a work of art) is special. 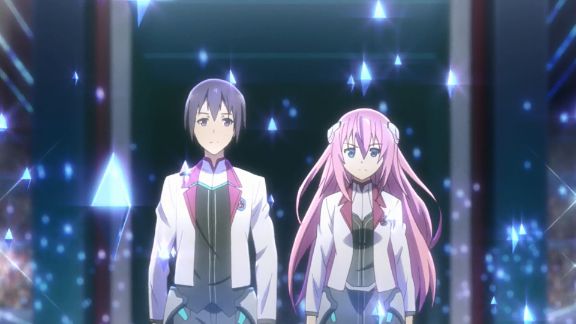 Asterisk War seems to be a polarizing anime.

Some people love it. Others think it’s a rip-off from Chivalry Of A Failed Knight. And many hate it.

But once you get through the first half or so of the first season, Asterisk War starts to climb in quality.

The cliches gradually fade away, the action gets better, and the story gets slightly darker and picks itself up.

Asterisk War is about tournaments and Genestella (humans with supernatural abilities) who compete for the #1 spot.

7. Haganai: I Don’t Have Many Friends 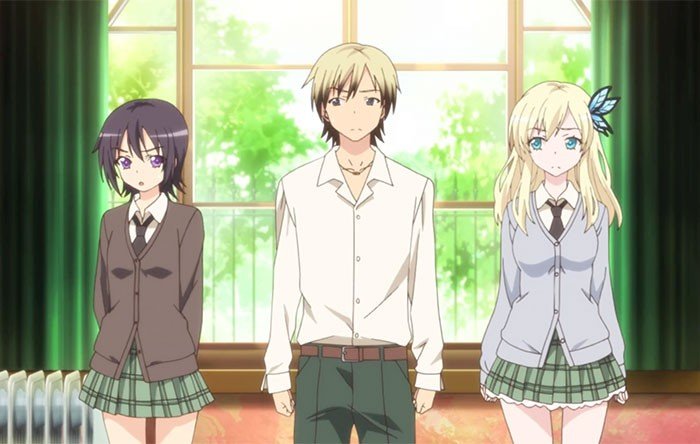 Haganai is an anime you don’t hear too often in the crowd. Or even in the /comedy crowd these days.

It’s an anime about making friends. 2 main characters create “the neighbours club” and begin to make more friends from that point forward.

Gradually the anime starts to highlight bullying, loneliness, and, obviously fan service where it counts.

Read: 12 Of The Funniest Rom Com Anime That Are English Dubbed 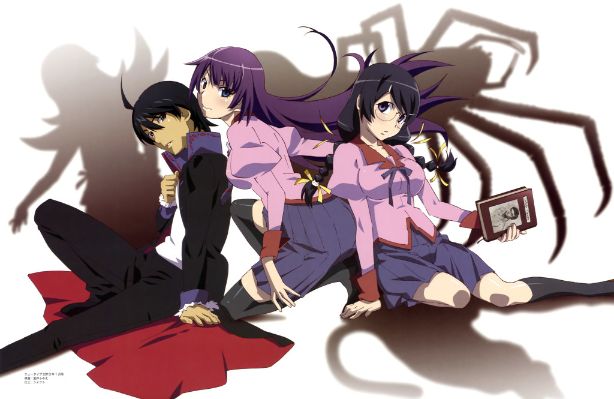 Monogatari is made by studio SHAFT, a studio also known for and Nisekoi. It has signature traits taken from SHAFT, like the head tilts and designs.

This anime is a lot of things, vampires being one of them. With some of the heaviest dialogue, you’ll ever see in an anime.

Talking, conversation and dialogue is ‘s strong point. And it does it without boring you to death.

If you never thought could be thought-provoking, will prove you wrong. 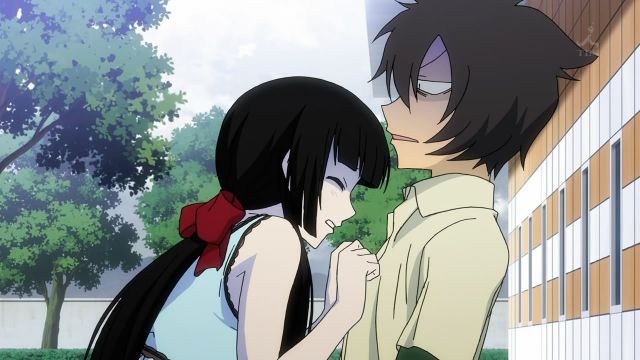 Sankarea is a weird anime, there’s no other way around it.

The main character: Chihiro is a guy who wants a zombie girlfriend because normal don’t do it for him.

Realistically it’s impossible, but this anime is also a supernatural horror and he ends up having his wish come true.

For a short series (and a strange one) it’s surprisingly good. With some strong themes that will make your stomach turn.

10. How Not To Summon A Demon Lord 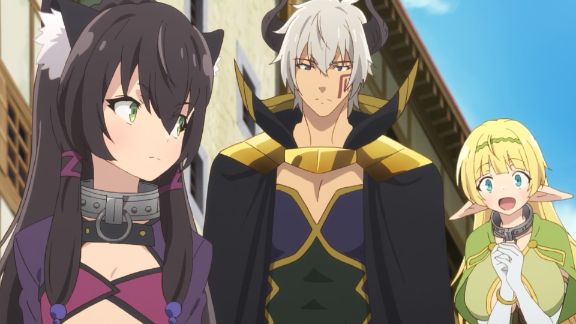 I never thought I’d enjoy this anime as much as I did, but it wasn’t as bad as I expected it to be.

The anime starts out as cliche as any, with the main character being transported to another world. And 2 on his side in no time at all.

For an it goes pretty far with its fan service and gives no f*cks which is clear by what its willing to do. 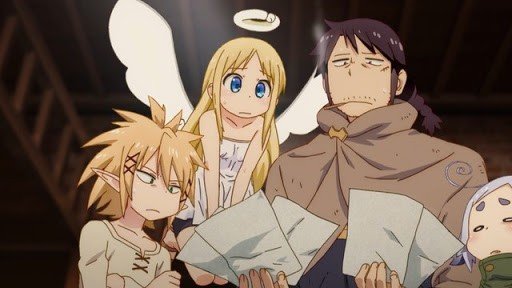 Ishuzoku Reviewers takes things to the extreme, just like or How Not To Summon A Demon Lord.

In fact – Ishuzoku Reviewers goes further than any anime we’ve ever seen. And the controversy proved it.

With main characters who travel to brothels, get busy with the ladies, and then review those brothels for the f*ck of it, this is an anime series like nothing you’ll ever come across.

It appeals to every fetish as well.

12. How Heavy Are The Dumbbells You Lift? 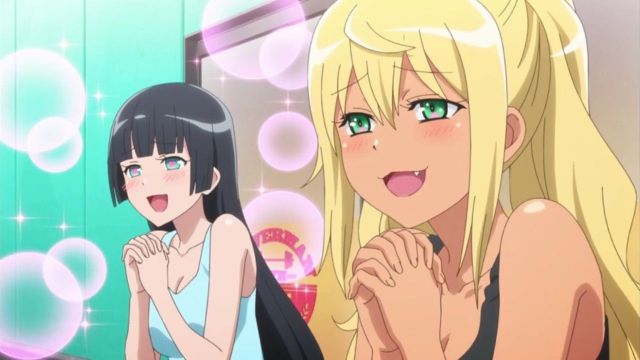 An anime about lifting dumbbells, working out in the gym, and fan service from both men and women? That’s what How Heavy Are The Dumbbells You Lift comes down to in a nutshell.

From the hilarious tutorials on keeping fit, the right foods to eat, and how to use gym equipment, this anime educates you on being healthy.

It does it in a silly, funny way with tons of comedy (and education) to make the series unique. 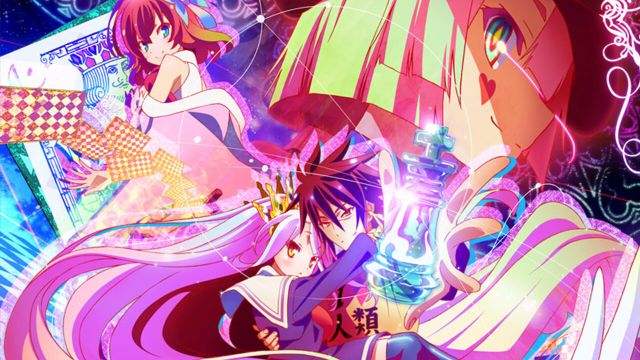 No Game No Life is a famous series revolving around , chess and two main characters who are siblings.

Strategy, tactics, and meaningful speeches are something you can expect if you watch this anime.

It’s one of the most colourful, bright and cheerful-looking anime in the genre. 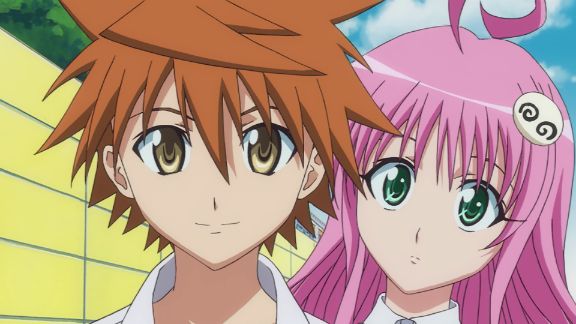 To Love Ru is a shameless series for its fan service, cliches, and “bland” MC type of a character.

One of the main is actually an Alien, unlike other shows.

It’s a basic series, but one of the most relevant and popular in the genre. So I had to mention it.

There’s a lot of material to get through.