If I had a chocolate bar for everyone who says “the anime industry is dying” – I’d have diabetes.

Jokes aside – there is some truth to the anime industry being in decline. Even if not necessarily “dying”. 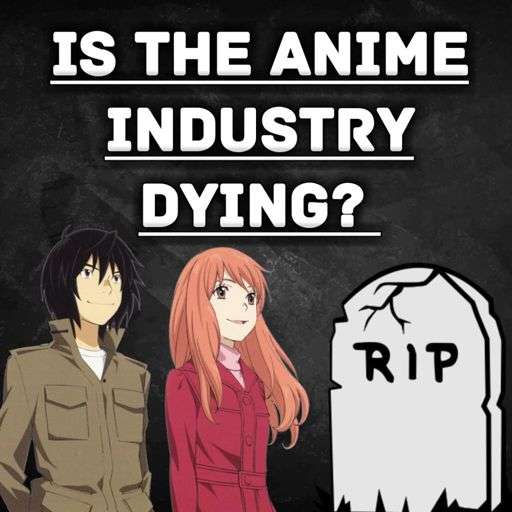 And even though there are people (and anime fans) who believe there’s a connection between Japan’s decreasing population and anime, that’s far from the truth.

The truth is always more simple than that. In fact that tends to be the case, most of the time.

So let’s talk about that, and why the anime industry is generally stable and not growing at a massive rate.

The Reason The Anime/Manga Industry Is Struggling:

1. Japan doesn’t know what the f*** they’re doing in the slightest

This is Japan’s “pitiful” idea to get rid of and reduce piracy, in the hopes of bringing more money to the anime industry.

I see it so many times these days that I’m started to get TIRED of it. But don’t get me wrong – I understand why they’re cutting down on piracy and shutting down illegal websites.

After all – we know Piracy stops:

And all kinds of industry people from keeping as MUCH money as possible, from the work they create and produce.

The same is true for anime studios, and everyone else involved in producing some of the best anime we know and love.

But there’s a problem with this “scarcity” mentality

Before I get into the problem, I have a question: How’s that working out for them?

The idea of hunting down anime websites and shutting down pirates… How has that HELPED the anime industry so far?

Are anime employees and companies benefiting from it?

Can we really say the anime industry’s sales and profits has increased exponentially… because of Japan’s aggressive tactics?

The answer is this: ask multi-millions of anime fans on the internet, all of who use sites like:

And 100’s of pirate sites dedicated to streaming EVERY anime… for free.

And this is what they’ll tell you:

Even on CRUNCHYROLL forums, here’s what someone says:

“I pay for Crunchyroll and buy anime DVDs from time to time, but I do go to illegal sites for some shows if they aren’t available on here or for sale.”

Is the anime industry “really” in decline?

“Decline” might be exaggerating a bit, but yes, this is because Japan is too busy trying to “protect” the scraps they have left by shutting down illegal sites, instead of coming together to find a solution that IMPROVES the overall service.

Just imagine how much the anime industry will accelerate, when we start focusing on bringing more value, instead of complaining about what’s “wrong” with it.

Shutting down illegal sites to “solve the problem” is like playing a game of whack a mole, and expecting to HIT every single mole with the hammer. 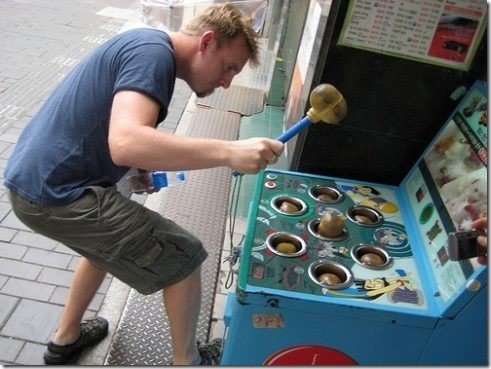 Except in this case, Japan is trying to hit 10000’s of websites, simultaneously. Which is impossible.

I alone could create AT LEAST a dozen pirate websites within 24 hours. And have anime shows streamed illegally within days.

And I’m “only” 1 person. Hence why trying to take down multiple anime sites (instead of improving the service) is insanity at best.

All that time wasted could be used to bring “the best” minds together, to:

But they won’t do that. It’s the pirates fault!

Putting all the blame on anime pirates is like looking in a broken mirror and blaming it for “ruining” your reflection.

Playing the blame game is easier than admitting you’ve fu*** up, because you’ve caused your own problem.

Until this changes, anime’s growth will be slow and painful (as it has been for the past decade).

It’ll take innovation and a “real” difference to grow the anime industry at a rate it’s failed to do over the years so far.

And not just at a rate that helps it grow fast… but a rate that makes it profitable enough to improve the working conditions certain people are subjected to.

What are your thoughts about this?

I’m not sure when this was written, also just another nitpick when you write one hundred thousand in a sentence try to not spell it with numbers as 10,000 it can be confusing and probably against some sort of literary rules or something. Also you have “1.” as a header but only talk about 1 subject. Nor does the article actually explain why Japans decreasing population hasn’t to do with the issues with the anime industry, rather you just make a different argument for why it’s suffering instead. The article would be better titled ‘Piracy is and isn’t why the… Read more »