Non- fans who haven’t watched a single believe characters are cute like this: 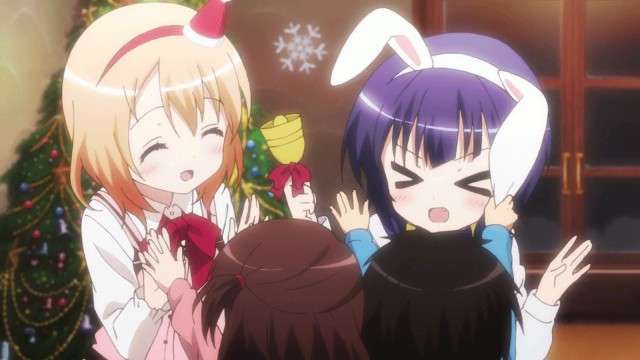 But in reality, there are shows (and characters) who are dark, gruesome and so called “scary” like this: 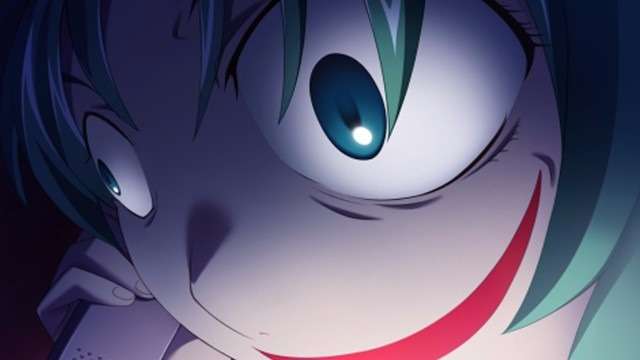 These are the types of characters who aren’t just scary-looking, but they’re:

And every word you can use to describe what makes an character intiimdating.

So, let’s get straight to it then shall we?

At first sight he doesn’t seem that bad.

I mean, he’s just an old man waving around a big axe with a smug look on his face.

That’s true, but what you don’t know is – Barragan has the ability of Senescence. Which means he’s able to age anything he touches.

An example – if his hand touched your arm in his first form, your arm would age, grow old and break.

Imagine what that would do if he touched your eyes or your throat!

And the intimidating part about Barragan is his ultimate form….

In this form, anything Barragan touches will rot and disappear in a matter of seconds. Making him a dangerous opponent to face in the world of .

And his new ability – Respira, known as “the breath of death” rots anything it touches until there’s nothing left. 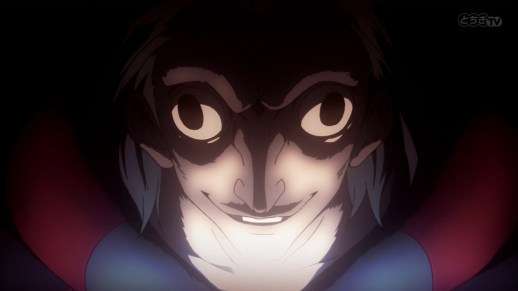 Caster is one of the 7 servant classes from Fate Zero.

Not only does he look creepy, his “master” is the same.

And they both get a kick out of killing, torturing, and murdering people. As if it’s a hobby (which by the way, it is)

Caster by himself is one of the reasons Fate Zero is such a dark/twisted series in a lot of ways.

He’s not someone you’d want to accidentally run into. He’s a psycho with no concept of empathy.

But then as you start to learn some truths about Shion, things start to get ugly. And she reveals a side to her that might make some uncomfortable.

Without giving you any spoilers, we’ll leave it there for you. But she’s deserving of this list.

You’ll realize that after watching Higurashi: When They Cry. 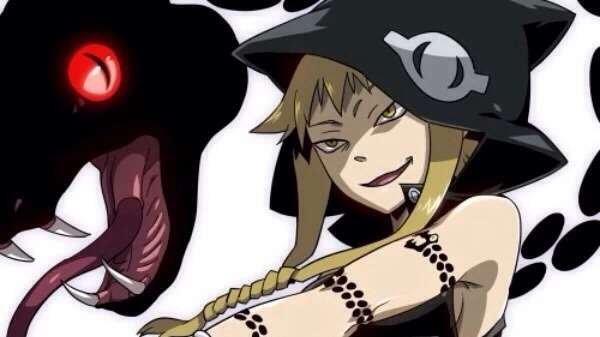 Medusa The Witch, real name: Medusa Gorgon is one of the most evil characters from Soul Eater.

One of the chilling things about her is not necessarily how she looks. Or what she says. But more her personality, characteristics and especially her intelligence.

She uses her high intelligence to her advantage in ways that are both wicked and disheartening.

On top of that – Medusa doesn’t seem to be scared of anything. Not even death itself.

Seems like a normal guy. With maybe a goofy personality, laid back, lazy as F, chilled….

That’s how he is when Ryner is normal. But he has a dark-side. A curse even.

They call it an Alpha Stigma.

When he’s like this, describing Ryner as a demon would be too soft of a word to use.

When his cursed eyes open, he erases everything in his path. Not even a single shred of hair, clothes or body parts are left when he’s finished.

Ryner is easily one of the most powerful characters in his Alpha Stigma form. On top of the most fearful.

“I am the creator of the Akuma, the Earl of the Millennium! I am the one who will exorcise the filthy “gods”, and with the Akuma lead the world to its end!” – The Earl Of Millennium

The Millennium Earl is the creator of Akuma. A demon-type of creature that possesses humans and then goes about killing other human beings.

In any and every possible. As often as possible.

This is chilling for that exact reason. On top of other reasons you’ll witness by watching the : D.Gray Man. 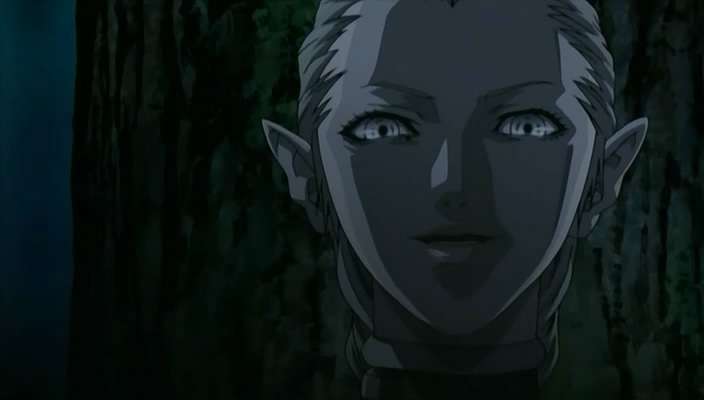 Ophelia is ranked 4th out of 50 known Claymore’s from the action with the same name.

She happens to be one of the “scariest” characters on this list.

Why? Because she enjoys murdering, killing, maiming, torturing and teasing those she kills… Before she kills them.

Imagine Yuno Gasai as a trained warrior with a sword and supernatural abilities.

Well, that’s exactly what Ophelia is like. Except even worse because of her sadistic and wild personality.

The thing with Diva is – she’s pretty, good looking and charming. But that’s what makes Diva such a dangerous, unpredictable and weary character.

She was raised and treated poorly in a similar way to how Shion Sonozaki was raised.

That’s what drove Diva to be such an evil character in the Blood+ series.

She’s quite intelligent to top it off as well.

Related: 19+ SMART Anime Characters You Should Get To Know

Balalaika is a Russian gangster from the gritty action series – Black Lagoon. And a former military soldier.

Everyone calls her fry-face because of the burn marks she has from her face down to her chest.

She’s taller than the average man, and strikes fear into the eyes of those who attempt to challenge her.

The thing about Balalaika is she has no sympathy, empathy or feelings for anyone she dislikes.

She won’t hesitate to destroy a person (along with their family) just to prove her point or let others know she’s not one to mess with.

Even characters like Revy Rebecca are a little on edge when in Balalaika’s presence.

Read: 10+ Anime Shows That May Disgust Fans And Especially Outsiders 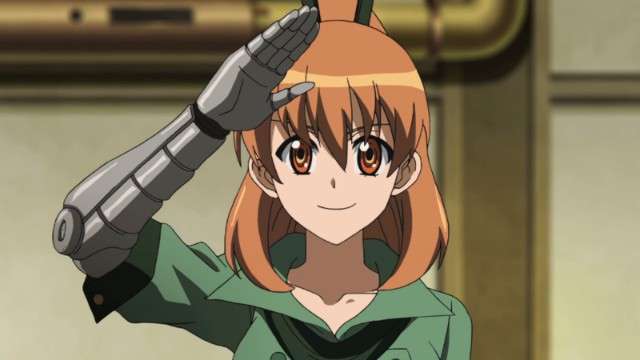 One minute Seryu Ubiquitous is a happy, jolly, caring girl like the picture above.

That’s the introduction to her character, and it seems legit.

The thing with Seryu Ubiquitous is – she’s only young. In her mid 20’s. Yet she’s one of the most corrupted characters on this list.

Or even one of the most corrupted characters ever created in .

The empire in brainwashed and twisted her sense of justice. And throughout the she’s seen killing people for some of the smallest things.

Even beheading a character in one seen, and getting a high off it.

What’s worse is – she has no shred of sympathy, empathy, or “anything” for the wrong she does. 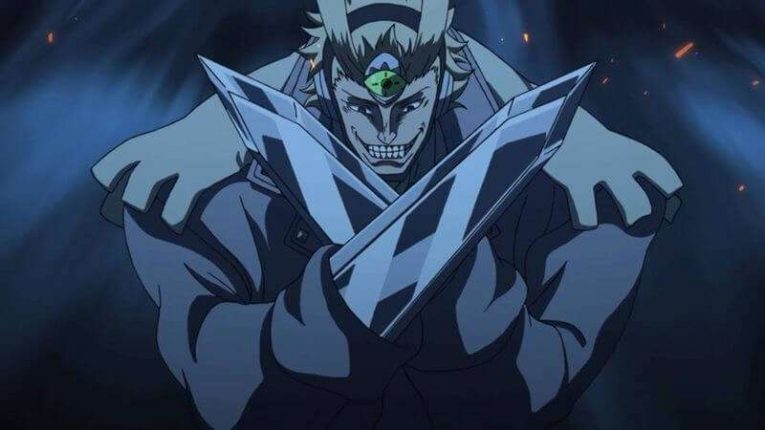 Zanku is an executioner who’s gone mad and lost his mind. To the point where he claims he’s able to hear the voices of everyone he’s murdered.

And he kills helpless victims for the fun of it. He’s even nicknamed “head hunter Zanku” for good reason.

You have to watch the – to fully understand the craziness behind this character.

As well as why Zanku deserves to be featured in this list of terrifying characters.

20 Of The Most Dark Anime Series That Will Shock You