Time and time again people ask themselves why such a show like Nichijou didn’t get a well-deserved sequel.

Each and every one of them varies.

Everyone has different opinions and I’m just here to state mine.

Let’s start with knowing the background of this show 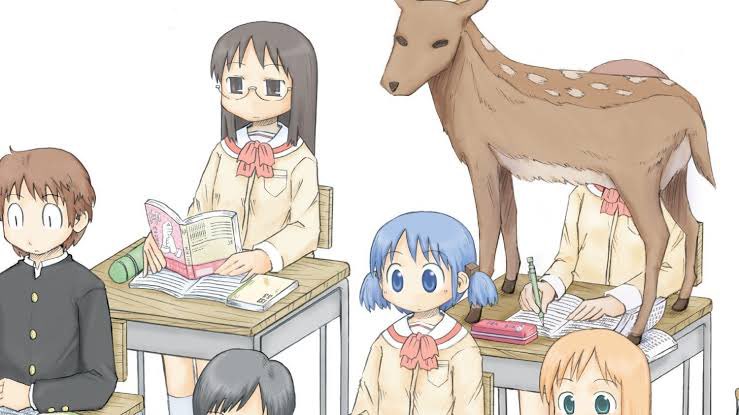 Nichijou is a Japanese series made and illustrated by Arawa Keichii.

It began serialization in the December of 2006 issue of Kadokawa Shoten’s magazine: Shōnen Ace

It was also serialized in Comptiq between March 2007 and July 2008 issues.

Kadokawa Shoten later published all chapters of the series in ten Tankōbon volumes from July 2007 and December 2015.

Meanwhile, a 26-episode adaptation was then directed by Tatsuya Isihawa and produced by Kyoto Animation

It was broadcasted in Japan between April 2011 and September 2011, after an Original Video Adaptation (OVA) was released in March. 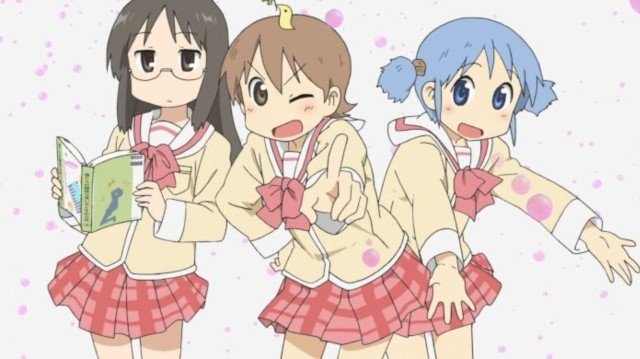 This show focuses on the Golden Trio of Mai Minakami, Mio Naganohara and Yukko Aioi. And the holy trinity of this show consisting Hakase (“The professor”), Nano and the MAN who endured a thousand scars, Sakamoto.

Set in a Suburban Japanese town, Nichijou’s cast is created by an ensemble set of characters featuring moments from their everyday lives.

And without much focus on narrative as expected from an from the slice-of-life genre. 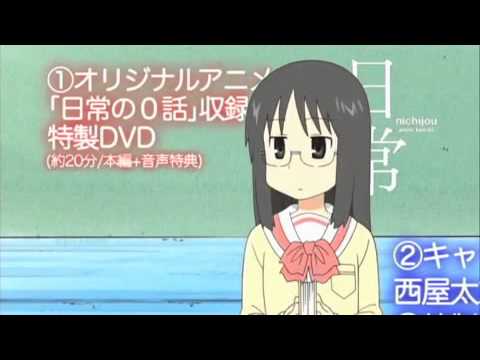 Nichijou was a new approach to entertainment back in its day, having the courage to go against the norm but can still be called relevant.

As many notice, Nichijou became the darling of the community. Especially for the western audience.

Just go to youtube and watch ONE Nichijou clip and look at the comments, I assure you that all you’re gonna see is praises and nothing more.

But, Nichijou isn’t as popular in Japan as it is only known to the English speaking community (as implied earlier).

It’s all thanks to the efforts of 4-chan’s community that this got the recognition that remains strong to this day.

Despite its popularity, it’s a fact that this show WON’T have a season 2.

Why Nichijou Won’t Have A 2nd Season: 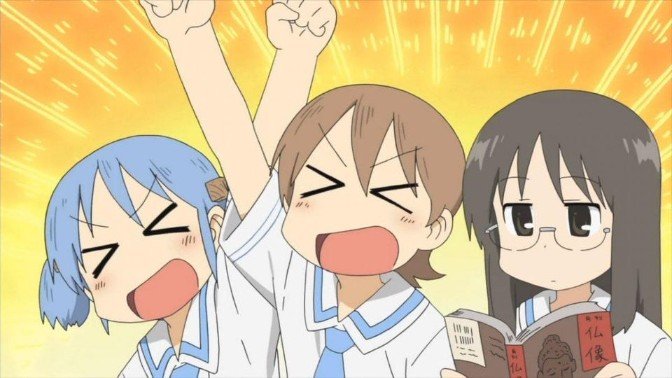 Even with its amazing art style that has a colorful pallet (similar to Lucky Star), it wasn’t enough. That’s despite the impeccable voice acting.

Nichijou just isn’t for everyone.

“It is the combination of bland characters, linguistic humor lost in translation, tired gags and horrible comedic timing that all came together to make this how and unwatchable cluster f*ck!”

As Nichijou is a comedy type of show, the humor is simplistic and is considered one of the show’s flaws. It’s mainly one of the reasons why the show failed (In Japan).

It wasn’t able to build a Japanese fandom. And since Japan is the only place where Nichijou is licensed most of its profit relied on the Japanese audience.

Their main profit-making audience didn’t like the show. 4-panel comic adaptations are far from fresh and needs some sort of gimmick to differentiate itself from the pack

For example, Lucky Star, it used countless parodies, playful mockery and over the top jokes and it’s beautiful and colorful animation adds to its upbeat and energetic aesthetic.

Azumanga with its energetic and “electric cast” and K-On! with its wonderful premise of girls doing things also stood out.

But Nichijou was a mess.

it’s filled without tired jokes that have been overused and with an art style that simply didn’t fit the standard viewer’s pallet.

All of these faults that the show represents is a big reason as to why it became one of the biggest failures ever made by KyoAni.

It was popular but the sales didn’t reflect in Japan (poor sales).

As ANN reviewer Martin Theron stated: “Despite the show’s ability to entertain it is absolutely not a series for everyone”. 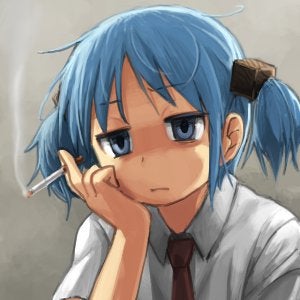 This was even stated by animation director Shunji Suzuki.

and BD sales were relatively low for many reasons. One of them being price.

It’s worth noting that similar titles from KyoAni such as Lucky Star, Haruhi Suzumiya, and K-ON! hit the market at the same price but  still made a massive profit and topped sales charts.

I believe there’s more to it than bad marketing that led to Nichijou’s demise. One idea being 2011 in Japan. 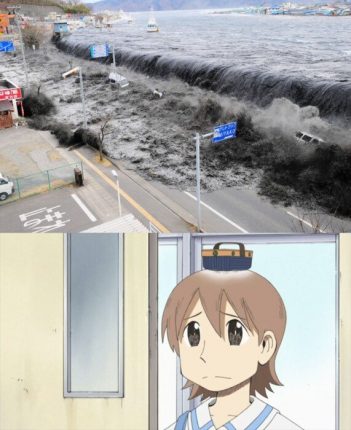 The economic state of Japan in 2011 was one of the most devastating natural disasters to happen in recorded history.

The Fukushima Daichii nuclear disaster and the Tōhoku tsunami and earthquake also known as the “Triple disaster” crippled the Japan’s economy and the country itself.

This made the value of the Yen go down, causing Infaltion.

This is one of the main reasons why many people couldn’t afford buying and BD’s that are higher than the standard price.

Also at the time, Japan was setback because of the amount of deaths.

Things happen for a reason and we should be considerate to it.

We should also learn to accept the fate of this missed opportunity with Nichijou as a franchise.

This Is What Makes Kyoto Animation DIFFERENT To Other Studios

The Most Relatable Nichijou Quotes You Don’t Want To Miss

Christian Flores is the result of 6 years and counting of constant obsession over history, social sciences, political issues, and social issues, the process of eating, sleeping, and consuming alarming amounts of anime and manga on a day-to-day basis. You can read more of his awesome content on theanimehistorian.com