controversy is usually a load of bollocks on the internet. None of it is even real or genuine.

It’s not always been about Twitter though. You get websites that cause controversy over nothing because they personally hate .

Usually websites (and people) who aren’t even part of the industry. Or care about in the slightest.

shows that got backlash

Here’s a list of shows worth mentioning that caused public outrage.

And some honorable mentions at the end of this post. 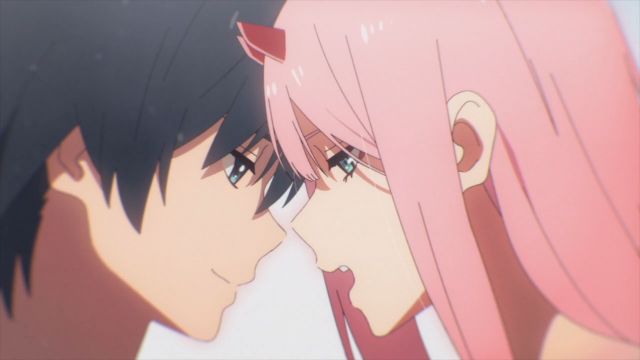 is one of the BIGGEST of the decade that we’ve seen. Or even in the past 20+ years.

Back in 2018 it was the only anime I knew of that reached an insane level of popularity, comparable to Attack On Titan at the time. 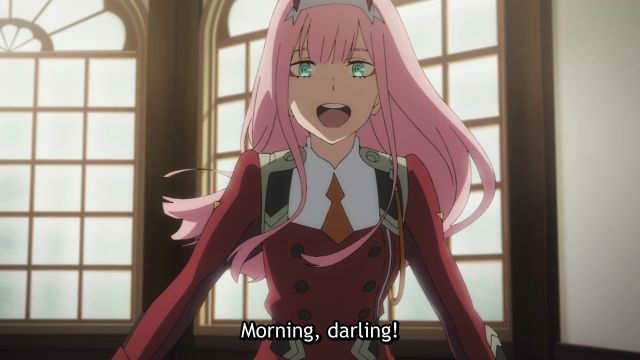 Not even Violet Evergarden could compare to it, But I digress.

The famous “darling” line hooked everyone in the community. And Zero Two became a waifu in no time at all.

And then D.I.T.F got BANNED in China

“Studio Trigger and A-1 Pictures‘ new project this season, , is garnering a lot of attention from fans and critics alike. But a lot of that attention is geared toward its suggestive situations.

Those suggestive situations have proved to be too tough for China, as they have banned the show from one site.”

China’s known for banning a lot of shows left right and center. Because China is heavy on the political correctness and sensitivity in their media.

They banned for their “suggestive” sexual themes. 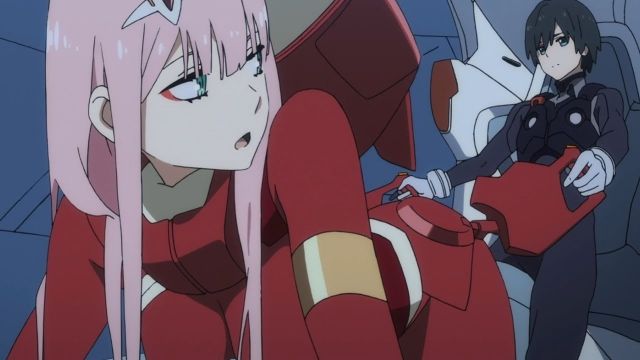 And that was only the beginning

The next stage in ’s controversy was the death threats from the community itself.

Zero Two and Ichigo had an intense episode where Ichigo goes out of her way to cause trouble.

THIS is what drove people to go ballistic over nonsense and nothing more when all is said and done. 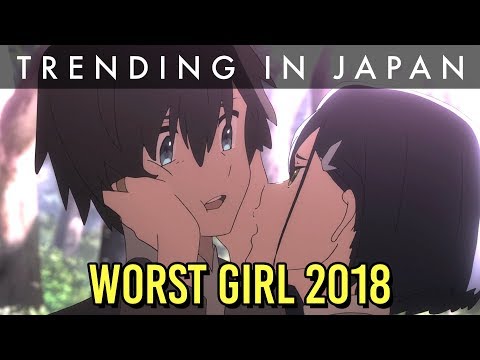 was controversial from the beginning. The sexually suggestive themes for a Mecha series is odd.

To me that was part of its charm, but as the made more progress, it only got worse.

The “outrage” was more about social justice warrior bullsh*t that’s typical of the internet these days. But it was major during the time it happened in 2018. 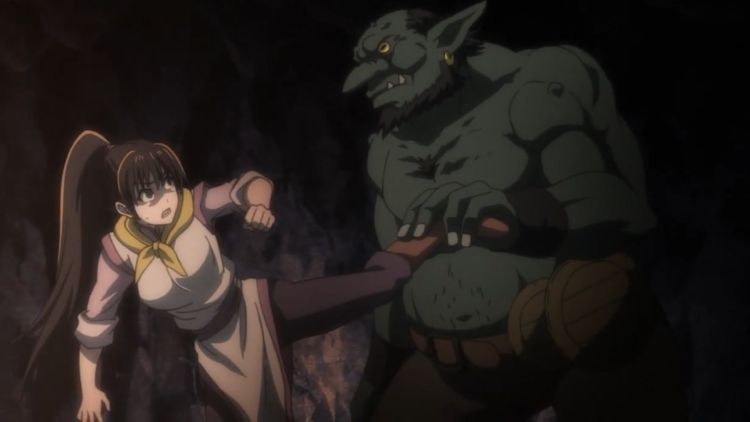 Goblin Slayer is another anime that caused a lot of backlash and public outrage.

As we all know about Goblin Slayer – the ’s first episode is controversial, intense, and bound to rub some people the wrong way.

After all – a woman is “violated” and we all know how Americans react to things they don’t like…. 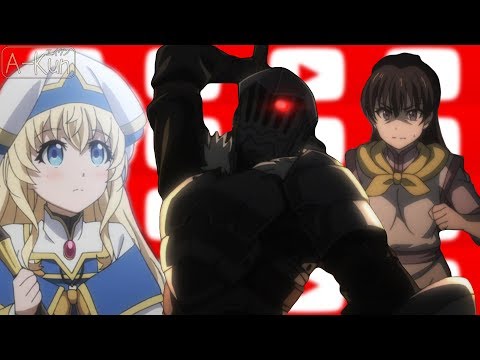 That lead to the Twitter mob losing their minds and complaining about the 1st episode. And how it’s supposedly sexist, misogynist, and every other buzz word in the west.

Just like the case with , in the end it was just people who aren’t even fans of pointing fingers because they’ve got nothing better to do.

Or in other words – colonists who try forcing their ideals on other countries because they don’t “agree” with their art or how they do things.

I almost forgot about this scene in particular from season 3. Where a little further down the line in the , Eugio finds himself in a bit of a bind.

Two female characters: Tiese and Ronye end up confronting two weirdos by themselves, which turns out to be a BAD decision.

Later on – Eugio’s trying to “save” Tiese and Ronye after realizing what scheme their bullies are up to.

Eugio’s forced to watch helplessly as they try “raping” one of the characters to get their message across. Their intent is to torment Eugio and put all of them through hell. 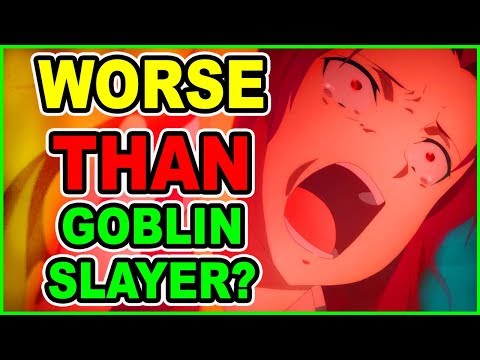 As I can understand – this scene was censored on certain services. And the received a lot of backlash for what happened during that episode.

Twitter more than anyone else lost their minds and YouTubers left right and center were talking about it.

Whatever your stance is on this one – it’s no worse than the Goblin Slayer episode. And both are known for their dark nature as it is. Though 99% of critics weren’t even fans as usual.

That’s besides the point though. 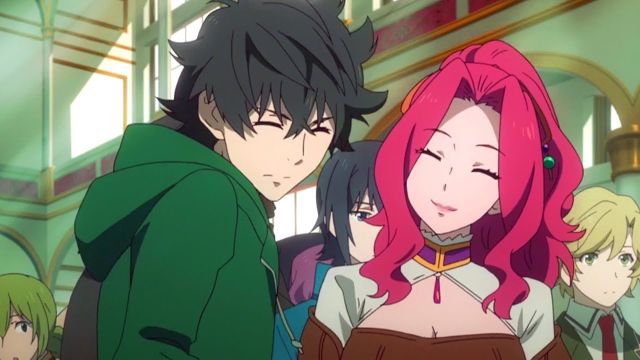 ’s controversy is a little different to and Goblin Slayer. But ironically it happened not long after the both (though it aired in January 2019 to be fair).

In the first episode of this Isekai anime series, Naofumi Iwatani is wrongly accused of “rape” and sexual harassment.

The culprit – Myne has a hidden agenda, and she uses the controversy to destroy Naofumi and benefit off it in the process.

These kinds of things happen in the real world, so it’s relatable and understandable. Especially with all this “feminism” in the west and toxic women who will do anything to destroy men for political power.

And yet – this is what caused the backlash and controversy with Shield Hero.

Women, or I should say – a group of Feminists didn’t like the message.

They went as far to claim “this doesn’t happen in real life”. Which any sane person knows that statement isn’t grounded in reality.

That reflects in the route the decided to take.

But the backlash wasn’t justified in the grand scheme of things, because again – this was SJW’S in the west trying to force their ideals on Japan.

People who aren’t even fans of in the first place.

Related: Harsh But Necessary Life Lessons To Be Learned From he Rising Of The Shield Hero 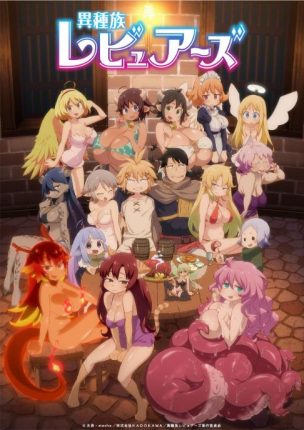 This isn’t even an yet. It’s a Manga series that’s being adapted into an .

This was announced over Twitter a couple of days ago.

I published an article about it predicting the will receive backlash in January 2020 once it releases.

The ironic thing is – it’s already going through a little backlash as we speak.

You know what? Ive heard so many complain about this being a poor representation of women but you know what I see? Different women of all shapes, sizes, orientation and Ages being treated the same… Correct me if I am wrong but thats called “Equality” right? #IshuzokuReviewers pic.twitter.com/yqEzgynUiB

And as you can already guess – Twitter is the culprit yet again. Because “existing” is all you need to do to piss off these people and get on their bad side.

Apparently it will portray women in a positive light while touching on these sensitive topics (which exist).

Though I will admit in this case I can understand why people are “losing their mind” over this new announcement.

We haven’t seen the last of what’s to come with Ishuzoku Reviewers. And the controversy that will come from it in 2020.