Religious shows or with religious elements aren’t the most common. At least not exclusively.

That said, there’s plenty to go around and references show up in many , even when it’s not strictly religious or biblical.

Sometimes those elements are Christianity, Buddhism, tend to involve churches, and other symbolism.

And genres that mix well with either of those.

Best with religion or biblical themes: 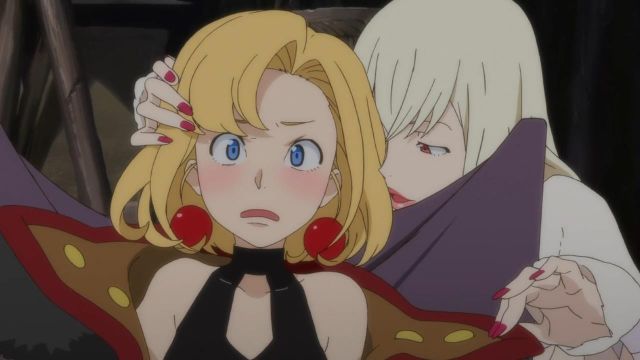 Maria The Virgin Witch was one of my first 50 or I ever watched. And it’s really all in the name as far as themes.

The main character is Maria. And this focuses on religion and sex in particular. Or at least the desires in the context of religion and how it all connects.

You do get some action here and your dose of comedy, but the theme is unique and meaningful in its own way compared to the average series. 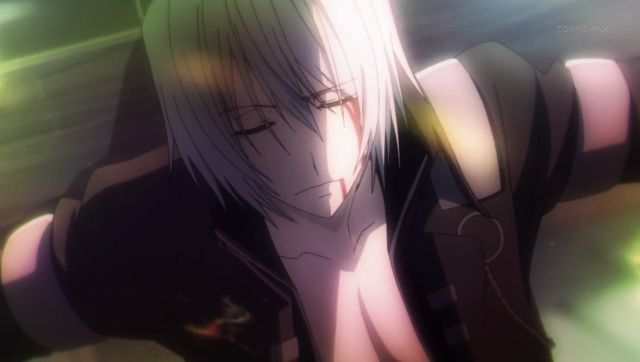 Sunday Without God is an that tells you exactly what it’s about with the title alone. Or at least partially.

God abandons the world on Sunday and all Hell (no pun intended) breaks loose. People can no longer die, and so they become living zombies after death pretty much.

There’s a type of person called a Grave Digger. The main character Ai Aston is a grave digger and these people put these people being tormented by death to rest.

The takes you on a journey of discovering the aftermath of God abandoning the world from the perspective of its characters and how they interpret what’s going on. And what they do with that knowledge. 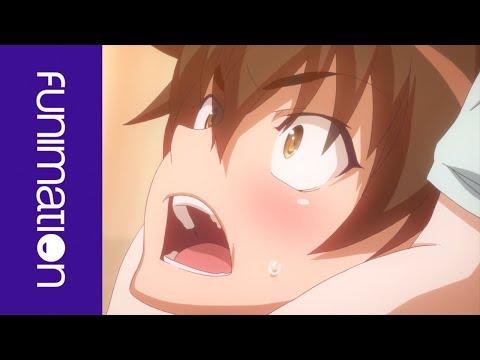 High School DxD is a hilarious recommendation when you realize what the is. But it’s true that it’s religious with a lot of religious themes.

The focuses a lot on demons, a nun, church, and of course – humans like the main character Issei.

Half naked and sometimes naked girls, juicy fan service, Ecchi moments and some supernatural action is what you can get from DxD.

It’s considered the king when it comes to Ecchi and harem . The “gold” standard and one of the most known in its genre. 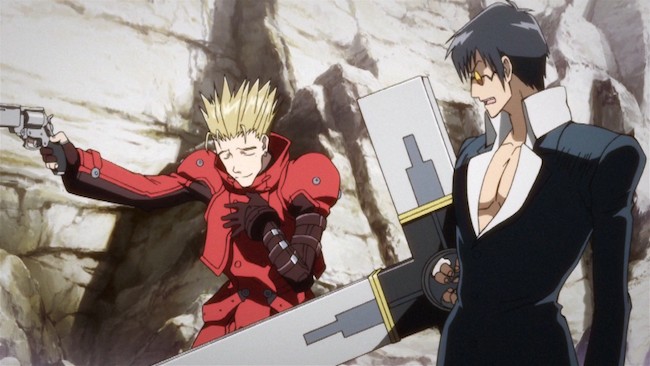 Trigun is about Vash Stampede, a guy who seems to be wandering aimlessly. On the surface he’s a comedic kinda guy.

He’s always acting stupider than he really is, and pretending to not know more than he actually does. But what’s underneath that layer is a deep story attached to a past event that’s still fresh.

Vash ends up with a partner who has a gun in the shape of a cross. An obvious religious reference.

It’s not an extreme for its religious aspects, but it’s definitely worth mentioning from the 1990’s. 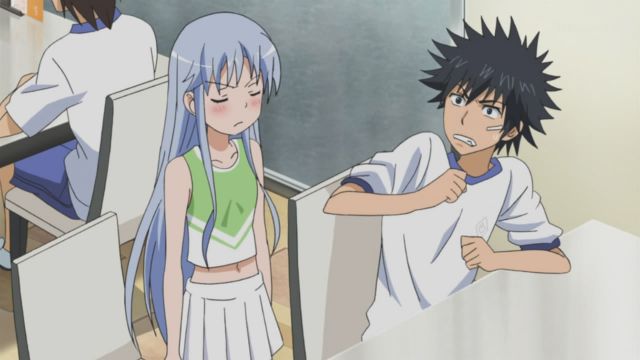 A Certain Magical Index is about Touma Kamijou, an average student living in a dorm. He’s poor compared to other characters in Academy City, a place where millions of espers live.

After being joined by Index, a selfish, spoilt church girl, Touma ends up in the underworld of the religious side of the city.

Churches, nuns, evil people within certain churches, and their schemes is what becomes the main focus of this ‘s plot and later seasons.

There’s also a traveling aspect where the main characters end up in different countries, so the scenery changes a bit.

6. Re:Zero – Starting Life In Another World 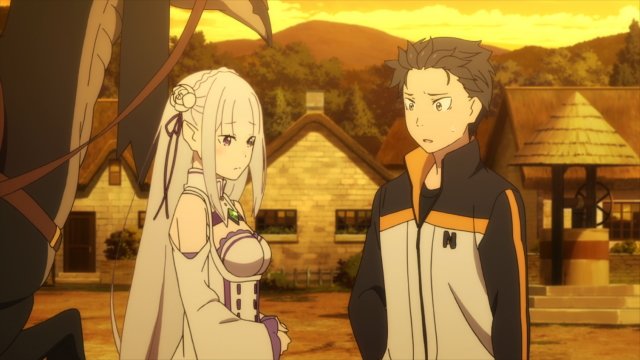 Re:Zero has religious references almost from the beginning of this in the first season. But that only becomes more obvious as time goes by.

Subaru Natsuki, a 17 year old teenager dies in the real world and is reincarnated. In this world of elves, humans, swordsman, knights, and assassins, he now has to learn how to survive.

He has the ability to “return by death” and though painful, each death allows him to reset to a checkpoint like a game, giving him the opportunity to change his outcome and results.

The is so much more than this and there isn’t an Isekai like it. 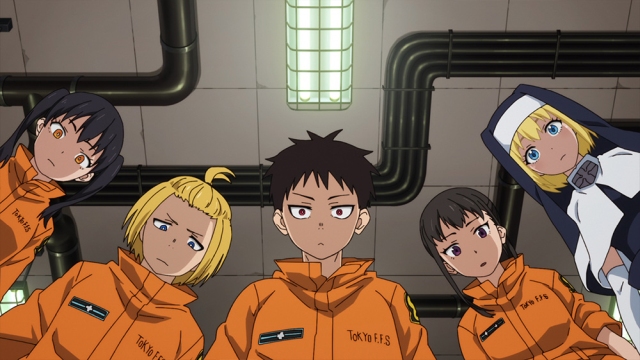 Fire Force is an about human combustion. Humans setting alight and becoming Infernals, a type of fire demon.

Companies like Company 8 are ordered to put out these supernatural fires and exorcise the Infernals. To do so they bring a nun to the scene to give a prayer while carrying out the task.

This word, and this routine is a common thing in . Same for the villains called “The white clad” who are dressed in a religious fashion.

It’s a concept baked deep into the world of that goes well with the action, the fights, the characters, and everything happening around them.

Relevant: 19+ Team Work Based Anime Where Working Together Is Essential 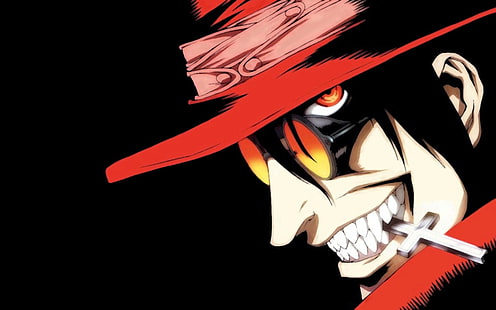 Hellsing is like the horror version of Black Lagoon. You have the main character, Alucard, who’s a twin pistol gunslinger. A man who gets a kick out of slaying vampires.

No matter how brutal the kill, Alucard thrives on the joy of it.

His partner is a girl who he saves the life of in exchange for her becoming a vampire, which is necessary for survival after being harmed.

They all work for and within an organization, which is religious in nature. The is located in London. 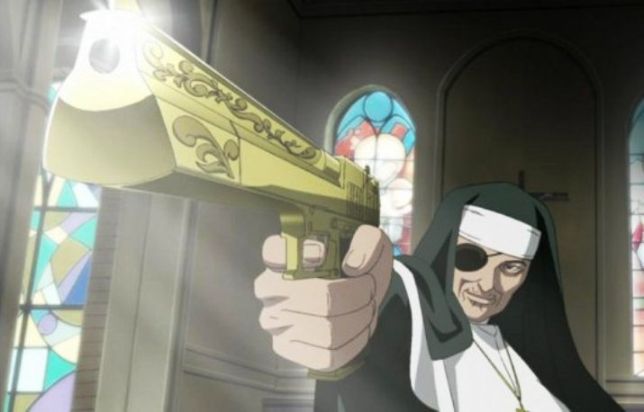 Black Lagoon is about the lagoon company, run by black character Dutch. This company specializes in smuggling.

Weapons, people, drugs, it doesn’t matter what it is. They do it.

Rock, a business man is the latest victim who ends up working with the Lagoon company, putting his past life behind him in exchange for a crazy, mercenary, gangster life style. Or close enough.

Revy Rebecca, one of the main characters has a friend called Eda, who dresses like a nun but has the opposite attitude and lifestyle of a nun.

There’s also the rip-off church that’s relevant in the , used for drugs and smuggling. 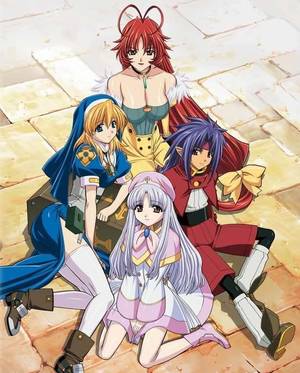 Chrono Crusade is a classic religious based with biblical references throughout.

In this you have “sisters” of the church, all of who have guns with bullets designed to kill demons. The effect of the bullet leaves a “cross” mark on its target.

Rosette Christopher, the main female character is also related and referenced as “Mary Of Magdalene”, another religious reference related to a historical figure.

Aside from the religious stuff this is a solid with a sad story, and meaningful characters who are memorable.

11. Land Of The Lustrous 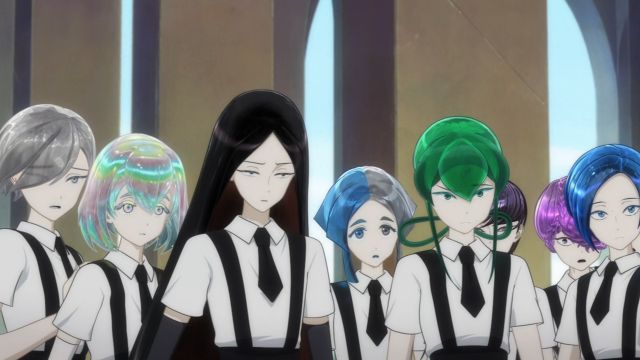 Land Of The Lustrous portrays religion in a different way to other on this list.

First off, it’s a sci-fi about gems. These gems are targeted by Lunarians as they’re called, and the gems have to constantly fight for their own survival (but are capable of living forever otherwise).

Each gem has a master they call Sensei. This sensei resembles a Buddhist and practices Buddhism.

He’s the strongest character in this and is the only one who resembles an actual human being, aside from his other mysterious differences.

Related: 24+ Anime With A Similar Art Style To Demon Slayer (As Far As QUALITY) 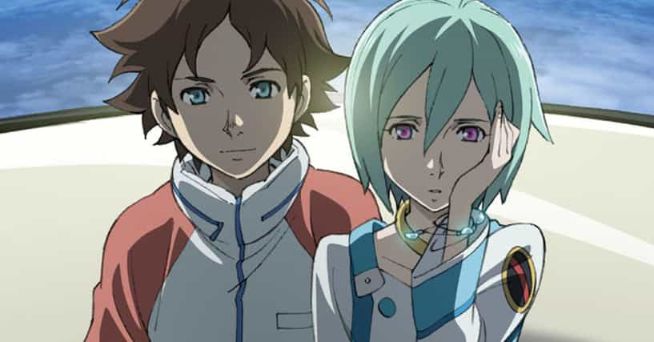 Eureka Seven is a Mecha with sci-fi and mystery elements. Throughout the whole you’ll still be trying to guess and understand certain things about the , its characters, and story.

Renton Thurston is a kid who’s sick of the place where he lives, and wants something new. He gets his wish.

Eureka, the girl he falls for, takes him away on a massive airship with other members, and he starts to live with them.

The is a slow starter so you’ve got to get past at least episode 10-20 before the good stuff rolls into place. And it’s later on when the religious/biblical references start to show up. 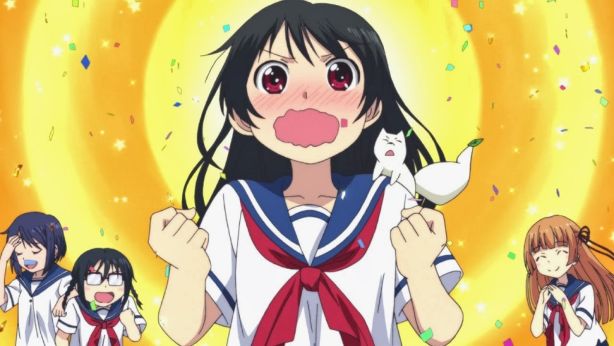 Inari Kon Kon is about Inari Fushimi, a girl who has feelings for a certain guy in her school. She’s also a girl who’s been visiting a shrine for years.

She ends up meeting the Shrine Goddess accidentally, and after getting a wish granted, ends up regretting it.

The concept of shrines, Goddesses, Gods, and things of that nature is what makes this a tad religious. But it’s not any deeper than that.

In the end this is an underrated series with some surprisingly wholesome and well written romance content where it counts.

Related: 18+ Anime Characters Who Start Out Insecure, And Develop Later! 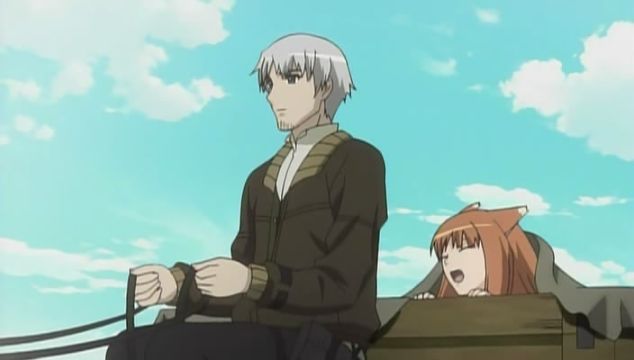 Spice And Wolf is an about Holo, a wolf deity, and Kraft Lawrence, a man who runs into her by a church coincidentally.

She’s hidden inside hay in a cart.

They partner up and go traveling together, with Holo being the wise one able to spot and notice things Kraft can’t. This helps him in the world of business as he’s a merchant, though a skilled one.

Kraft is then the one who makes the money and together they’re better than separated (business wise).

There’s also the wholesome romance and chemistry between these 2 characters. It’s well done. 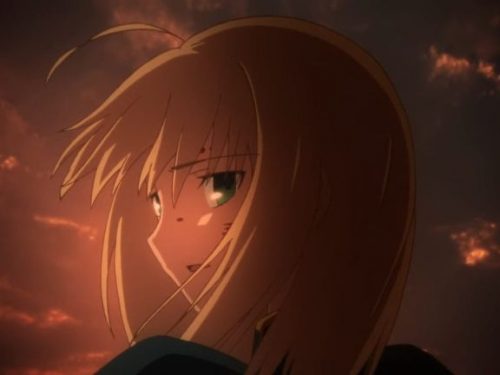 Fate Zero is an with ties to the church. In this world there’s a thing called the Holy Grail War. At random the Holy Grail, a magical device summons masters and servants.

Those masters can be any random human being it see’s fit for participating in the war, who then ends up with a marking on their hand, sealing the deal.

The Holy Grail War and the church are connected.

There’s stories in between all of this that plays out with each relevant character, who they are, how they fit into the overall story, and more.

The action scenes and aesthetics, even to this day are gorgeous and in a league of their own. 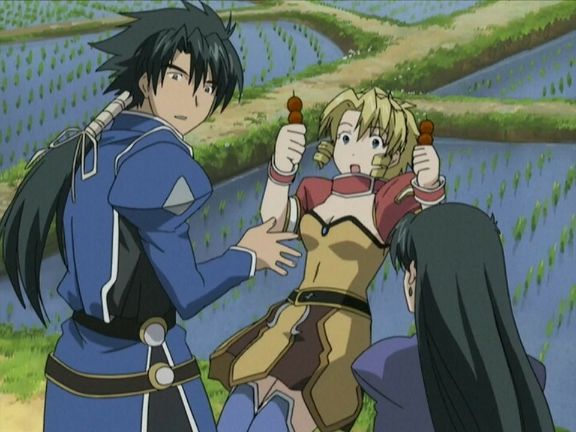 This is about Pacifica Casull, a girl who’s abandoned as a child because she’s apparently a threat to the world. That attempt fails and she’s adopted by Shannon And Raquel, brother and sister.

It’s claimed that when Pacifica, or “the ” turns 16 years old the world will come to an end. Shannon and Raquel protect Pacifica from assassins ordered to kill her.

It has religious ties which play a relevant (but not overly relevant) role in the series.

Scrapped Princess is an old school by today’s standards (early 2000’s). It has a lot going on as far as genres.

Fantasy, sci-fi, drama, romance, comedy, and so on. It still manages to produce an underappreciated anime in spite of the many genres.

Understanding What Makes An Anime Evergreen, And What Goes Into It