When was the last time you seen anime on National Television?

Cut those anime out of the picture, and what you’re left with isn’t even a slice of anything. Because that was it (One Piece I suppose).

Fast forward to 2018, and anime is NOWHERE to be seen. TV companies would rather cut their arms off then air anime to a national audience.

Some of the industry insiders even despise anime, and have a wrong view of what it represents.

This was highlighted when a British journalist claimed: “Anime promotes paedophilia”.

It’s statements like this (from people who have influence) that ruin animes chances of getting the attention it deserves. Because of false claims and bullshit stereotypes judged from a far.

That aside, let’s get back to the BIG question:

How Come Anime Isn’t Aired On National TV, IN GENERAL?

Aside from the point I made already, there are a couple of other points I wanna make:

1. Nobody gives a sh** about airing anime

Can you imagine seeing a national news headline that says: “The BBC has signed a deal to air anime shows on rotation, every week” or something equivalent? That’s just not going to happen.

No major TV company would do such a thing because they don’t give a F. And that’s true whether we’re talking about US, UK, Europe, , and so on.

It’s probably too risky in their eyes, despite anime proving its success and interest over and over.

Sure the odd channel may air it, but let’s be honest: America, UK (and other countries) would rather show Friends, Jersey Shore or whatever TV program instead of a “childish cartoon”.

When anime was booming and took off like a rocket (1990’s and 2000’s) it was more common to see a handful of series on TV. Even if it wasn’t a HUGE catalogue of shows.

And the classics were prominent (Slayers, etc).

Some companies are less willing to show classic (or any anime) on TV. For reasons like licensing costs, or simply because they don’t respect anime (which I mentioned already).

Nothing has changed except online . So if not much has changed, National TV companies have LESS of a reason to promote anime at all. Because what’s the incentive? Where’s the value?

Japanese companies and license holders haven’t made a big push like that. They’ve been too laid back and lax about the international market.

3. Anime is still too niche 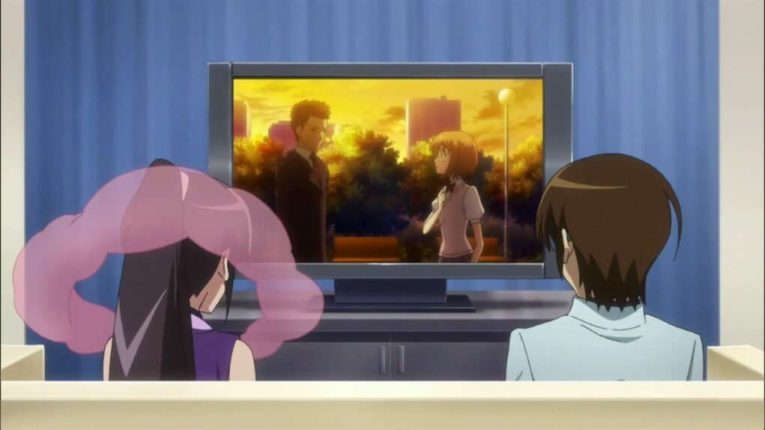 Here’s what I mean: anime hasn’t been accepted by your average TV or satellite companies, and companies related to the entertainment industry.

Yes, millions of fans love anime to death across the world. But on a mainstream level? No, we’re still being denied and thrown to the waste side.

anime brand to achieve crazy amounts of success like that.

So it’s not like anime doesn’t or can’t make , despite being “niche”.

Regardless, that bubble will pop soon enough. And things WILL change in a big way.
Expect a lot to happen within the next 10 years.

Think about it. Pirate sites, terrible service, poor distribution, overly costs (whether it be licensing, ’S or something related).

Anime is so far behind other industries in the entertainment sector because of these outdated business practices they have, and archaic ways of thinking.

This is probably hurting the industry indirectly. Even in terms of whether anime (or classic shows) gets played on TV at all.

But can we blame piracy sites? A little. But not anymore than we can blame the industry itself.

Poor service leads to piracy. It’s as simple as that. No excuses, If’s, but’s, and’s or maybe’s about it.

Related: The Anime Industry Has A SERVICE Problem

We all love NEW and shiny things. That’s what drives the entertainment industry in the first place.

Without new material, the industry wouldn’t exist. So it’s better to air newer shows than it is to air older shows that appeal to nostalgia.

and have this exact problem (and benefit) actually.

While I LOVE nostalgia (anime brings back old feelings in a new way.

My Hero Academia is the best example of this in 2018. It’s nothing new. But HOW it’s portrayed and the FRESH feeling it gives you.

That alone makes it “sexier” and more interesting than older shows that came before it.

Are these the ONLY reasons anime isn’t aired on national TV?

Obviously not. If only things were that simple.

Of course there are more reasons than this. Some of which are invisible. And then there are people in the entertainment industry who view anime in a negative light.

So they shun the idea of having it played on their TV channels.

But in a nutshell, these 5 reasons are some of the biggest. As well as other reasons I’ve missed that are connected to these 5 in some way.

How can we solve this problem as fans of the industry?

It comes down to this:

What are your thoughts on anime not being aired on TV?

Is Anime FINALLY Being Accepted In The UK’s Mainstream Media?