Who do you choose? Rem or Emilia, and why?

Whatever your answer, hold that thought.

When I got into Re Zero I was surprised to see how popular Rem is, despite not being the protagonist like Emilia.

I even assumed Rem might be a protagonist… But I was obviously wrong.

Now I question why some fans argue and get bitter over something as ridiculous as “Rem Vs Emilia”.

So since nobody else is willing to mention why Emilia is better to avoid criticism, I’ll be the one to do it.

Why Emilia Is BETTER Than Rem:

1. Emilia’s The Protagonist for a GOOD reason 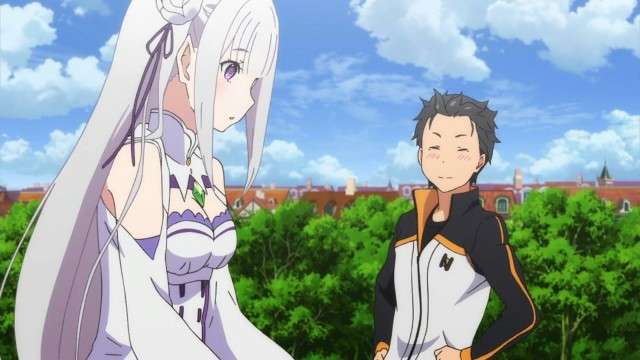 When all is said and done, Emilia is the protagonist for a good reason.

Subaru ends up in another world, not knowing WTF is even going on. But because it looks good, he goes along with it anyway.

And after running into a bunch of idiots, Emilia shows up and saves the day. While pretending not to care for his well-being, as if she did it for the sake of it. 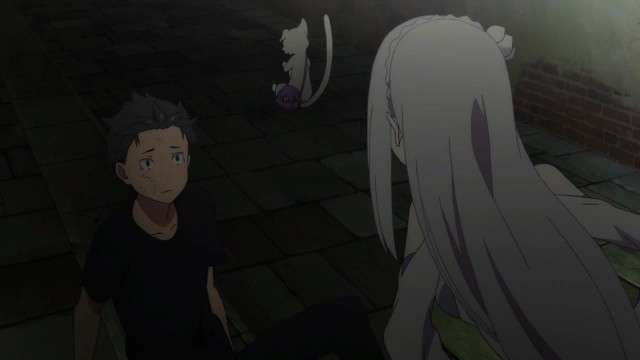 These “little” moments in the first 40 minutes of is what sets the stage for Emilia’s character.

You get to see in plain sight how kind, caring, stubborn, and even how “flawed” she is in terms of her habit of lying to save face (mentioned by Puck).

She’s a likable character from the get-go. Which is especially true if you were able to predict what kind of person she is from her actions in the beginning.

REM would have been an awful protagonist because of her initial behavior when she’s first introduced. And her unstable nature.

Making Rem a weaker character for the role and context portrayed by .

2. Emilia’s character is enhanced by PUCK 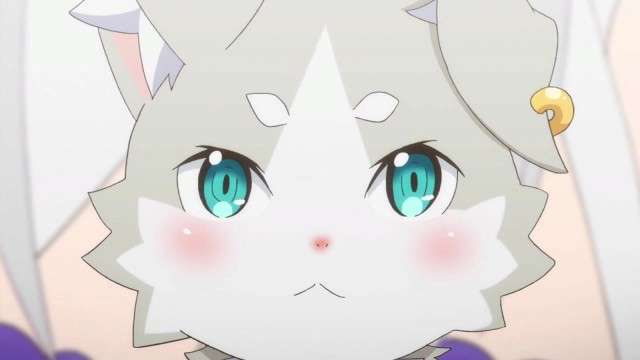 Let’s keep it real: Puck is one of those “side characters” who makes the protagonist MUCH better.

This is mostly from a comedy point of view, and filling in a few gaps for Emilia’s character.

The relationship Puck and Emilia share is fun and special in its own way.

Similar to and Happy from but different. Both characters makes the other better.

While Rem has RAM as her companion, you don’t get to see the kind of relationship Emilia and Puck has consistently or initially.

Puck makes Emilia more entertaining, and Puck by himself is a likable character as well.

3. Emilia’s intentions are pure from the beginning (unlike Rem) 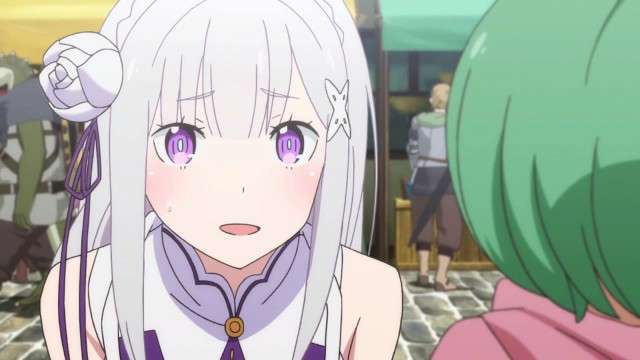 In the first 40 minutes of you can see what kind of person Emilia is in plain sight.

Not once are Emilia’s intentions malicious or deceitful.

Compare that to Rem, who even though she works as a maid in the mansion, she kills Subaru Natsuki based purely on assumption and irrational behaviour.

This is despite her “playing nice” in the mansion, which is why it’s one of the most shocking scenes in when the “silent killer” is revealed to be Rem. 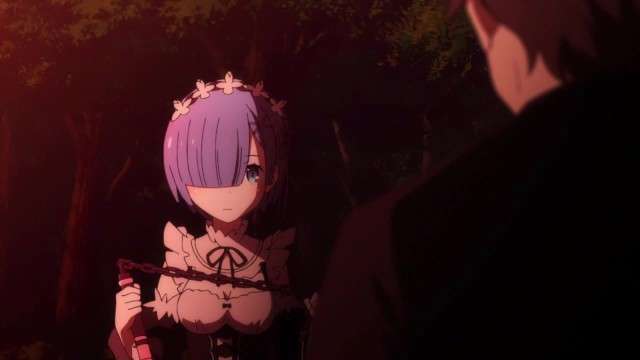 The only reason Rem becomes “a likable character” is because of Subaru’s insistence on getting Rem to trust him.

Or else she would have slaughtered him like she did the first time.

4. Emilia puts others before herself (no matter WHO it is) 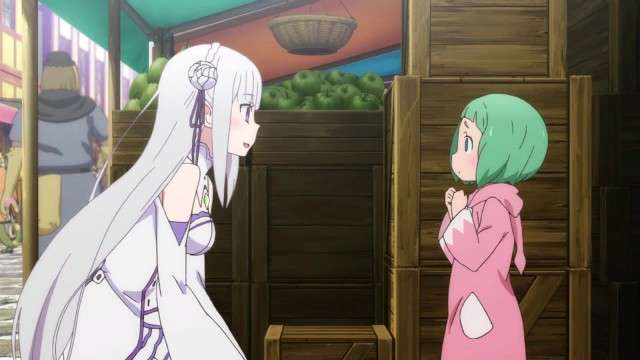 No matter how I look at it, this is one of the most attractive traits of Emilia.

It’s not everybody’s cup of tea as we say in the UK, but it doesn’t matter.

It’s not the act of putting others before herself, it’s the pure intent and authenticity behind it.

Emilia does it because she wants to do it.

I like that a lot about Emilia in comparison to Rem. Who’s only nice because she loves Subaru.

Relevant: 16 Anime Characters Who Are So Gentle 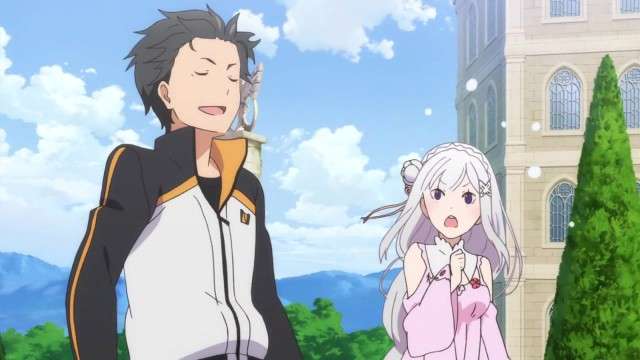 In the end, the fact is Emilia’s relationship with Subaru is LEGIT.

And why wouldn’t it be? They’re both protagonists. Plus it’s not “one-sided” like with Rem.

Both Subaru and Emilia’s relationship has been a perfect match from the beginning.

They both balance each other out in interesting ways. Like how Subaru’s optimism has a positive impact on Emilia.

Or how Emilia’s pure intentions “inspires” Subaru and makes him fall for her even more.

6. Emilia’s growth throughout the series 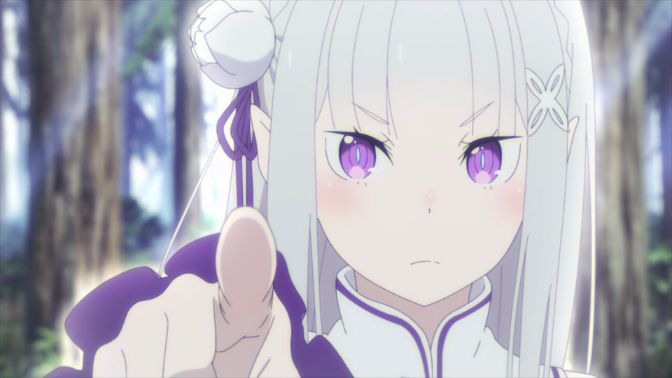 Emilia’s growth throughout the series is a big deal. It means a lot more than Rem’s growth.

The reason being is because Rem is used as a scapegoat. She’s tossed the side when the writers are done “using” her for the plot.

Look at Re:Zero season 2 and you can see that even more.

In Emilia’s case, as a result of that, we see her grow stronger as a person. You can see this with how confident she becomes.

She starts to face her reality (and challenges) head on, instead of cowering and wanting the easy way out.

We even learn more about her past, making her character more complete.

All this adds to her character, and has made Emilia that much better than Rem could ever be.

Does that mean Rem is a bad character? 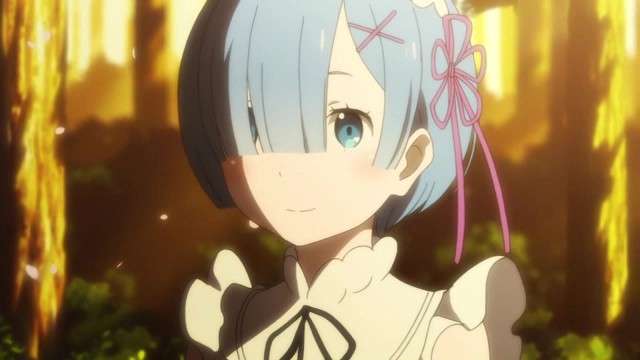 In fact I like Rem. Her genuine flaws, scars, and struggle with self-esteem makes Rem relatable.

And in terms of Subaru, because of what Subaru did for Rem’s confidence, she does whatever it takes to support him.

Especially when he’s depressed or feeling down on himself. 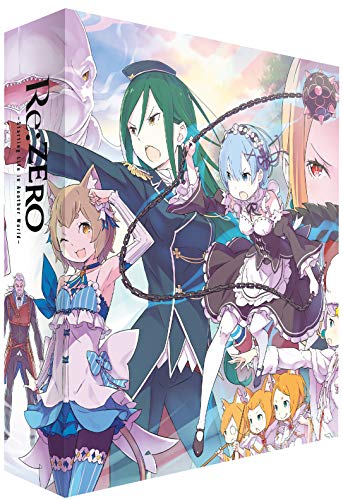 Re:ZERO Season 1 (Complete Series) [Blu-ray] Shop with Amazon
We earn a commission from Amazon & other affiliates if you make a purchase at no additional cost to you.