It goes without saying I’m speaking for Fujoshi and girls into this stuff. 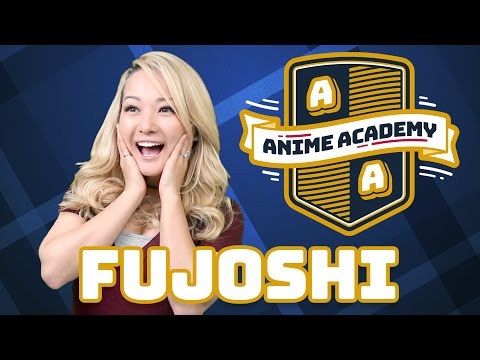 So what’s the meaning of Fujoshi?

Fujoshi is a Japanese term for a female fan who likes boy on boy or . Which is why Yaoi is a popular genre for female fans and Otaku in particular.

The level of romance, nudity, or otherwise is irrelevant since Fujoshi are into all of it, and some are into one aspect more than the other.

That’s to be expected. Personal tastes and all.

Let’s get into the history of how it started and evolved overtime.

The history of Fujoshi

Fujoshi is a term that was made back in the 1990’s. To be more specific, 1999 is the year the term was first discovered online.

The blog isn’t around anymore, but the blog it was referenced on was Rakushocho.

1999 is the definite origin of this word, and it doesn’t date back further than that.

From negative to positive

The term “Fujoshi” does have some negative history attached to it, similar to how the term “weeaboo” and “weeb” were also negative.

“Fujoshi referred to women who read romantic subtexts between men in works where male/male romantic relationships where is not originally intended. (In popular fandom words of today, they would be called male/male shippers). Because these women “shipped” characters in non-BL works, these women were deemed unsuitable for marriage.”

Wikipedia puts it this way:

“In Japan, female fans are called fujoshi (腐女子, lit. “rotten girl”), denoting how a woman who enjoys fictional gay content is “rotten”, too ruined to be married.”

In the end, the term started out as a derogatory word meant to demean, demonize, shame, and insult female Otaku’s who were into gay romance or .

But similar to the WEEABOO and weeb terms, female fans adopted and changed the term to mean something more positive and endearing..

That’s why nowa’days most people don’t look at it this way, or refer to it this way. But it still of course still has some negativity attached to it. Even if to a degree.

There is an important point to mention:

“As fujoshi is the best-known term, It is often used by the Japanese media and by people outside of the otaku subculture to refer to female otaku as a group, regardless of whether they are fans of BL. This usage may be considered offensive by female otaku who are not fans of BL.”

How Fujoshi has grown overtime, according to statistics 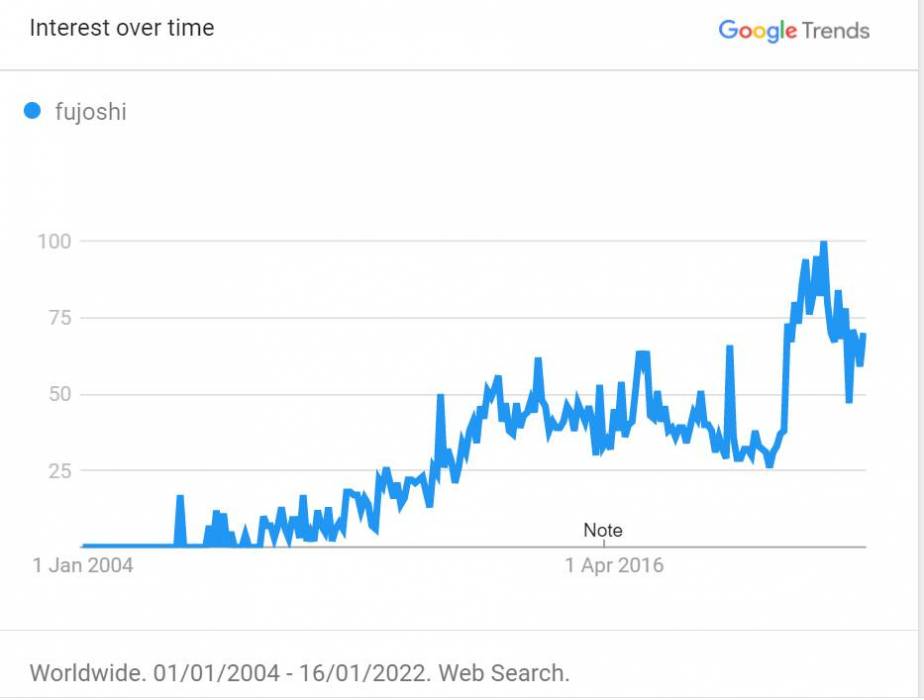 As you can see from this Google Trends graph from 2004 to today, Fujoshi has grown year after year. With the 2010’s being the major point of growth for the term.

That speaks to the amount of female fans who are into Yaoi in particular, and the conversations being had about Fujoshi related topics (manga).

The pandemic shot those numbers up even more as you can see from the end of the graph.

And as this map illustrates, Fujoshi is most popular in these 5 countries:

Which is followed by Honduras, Nicaragua, El Salvador, Chile, and Indonesia.

It’s clear that most Fujoshi in the world, especially online, come from Asian countries and countries unrelated to North America.

That’s not to say it’s not popular in the USA because it absolutely is. 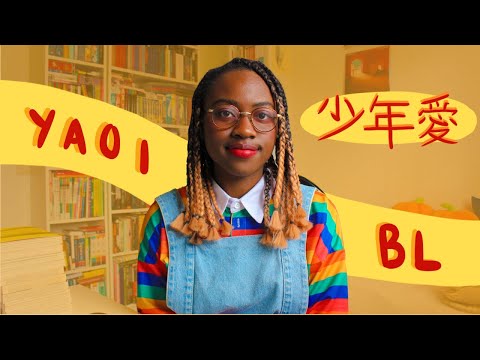 Not just in this video, but as the Fujoshi community has grown and of course, the Yaoi community, the topic of fetishization comes up a lot.

It’s a common criticism brought up over and over again, and it’s not as if the criticism doesn’t hold any weight.

Fanlore.org points this out in a nutshell:

“A portion of fans view fujoshi as an inherently homophobic subculture that is guilty of fetishizing male-male relationships, and cite the “rotten” etymology of the word as support for their opinion. Other fans rebut this point by saying that fujoshi is just any female slash fan, and does not inherently mean they are homophobic, and that “getting off on fictional gay sexual relationships is not fetishization”.

Regardless of your views on the Yaoi fandom (which has its issues), or Fujoshi in general, it’s a controversial conversation that’s still ongoing.

There’s tons of videos that highlight this in various ways, and break down certain elements of Fujoshi when talking about fetishization in particular.

When talking about Fujoshi and its history, the term “rotten” often comes up and is a negative term associated with Fujoshi.

It turns out that “Rotten”, mainly translated to English, is not the same when you focus on the Kanji “Fu” which doesn’t share the same meaning.

As explained by one fan:

“Fujoshi only means “rotten girl” if you google-translate it. In other words, I consider it somewhat of a mistranslation as the’fu’ character doesn’t actually carry connotations of bad behavior like the word “rotten” does in English. The fu character is also used in tofu –directly translated it means “fermented bean”. So I think fujoshi is probably better translated as “fermentation girl” and the reason it was termed as such has more to do with the fact that (when it) was originally used to refer to slash fangirls) these women would “ferment” / change the “product to be consumed” (anime series), so that it would be unpalatable for the cishet male viewer, by making two or more male characters in love with one another. In other words, it’s a food pun.” 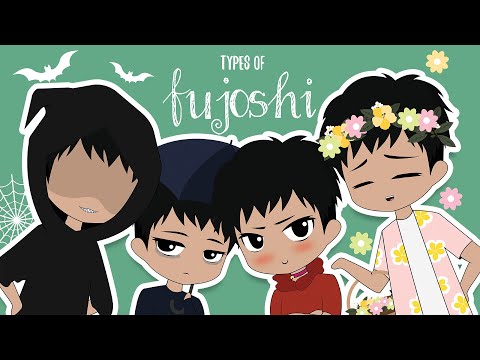 Fujoshi and male shippers in the modern day 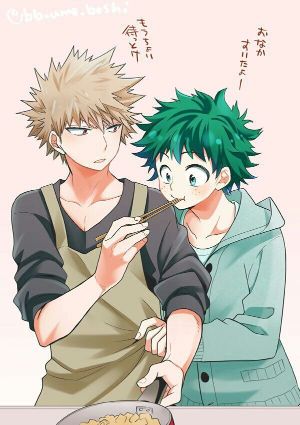 I don’t have to point out how MANY of the modern male shipping in the community has become toxic. Many know this already.

This is true for shipping overall.

A lot of fetishization and “underage” fan art has spawned from it, and this is the same group who has the audacity to complain about female fan service.

Now of course I’m sure its not all negative, I’m not part of it. But….

Compared to what it used to be on the surface, the fandom has changed drastically and things have gotten out of hand. To the point of making the average shipper look bad for what the problematic Fujoshi are doing.

But that’s pretty much it for the history and where its ended up!

Let’s end this post with some extra videos that take it further: 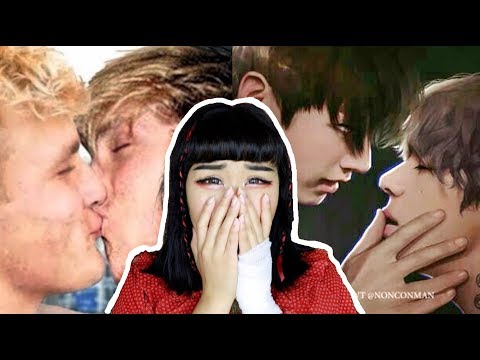 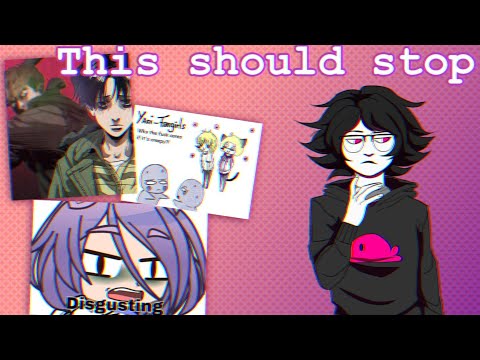