Christmas is coming up soon and you want to watch .

However, you want to watch something festive since it’s the holiday season and something to get your mind off of the pandemic, work, etc.

Christmas is usually the time to spend with either family and friends.

Here are some that have Christmas themes that you may want to watch, to make you feel good and to have fun.

Santa Company is a short that tells you the meaning of Christmas. Anyone could watch it and I think kids of all ages should watch this even if he/she isn’t a fan.

2. The Disappearance of Haruhi Suzumiya 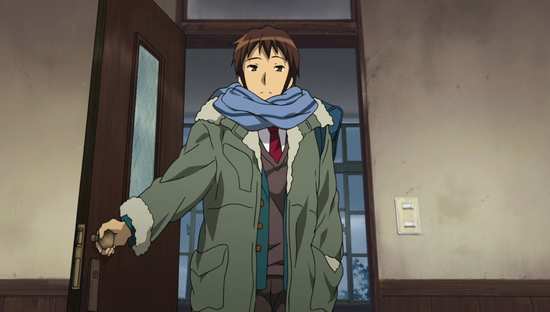 You have to watch the series of Haruhi Suzumiya prior to watching the movie, as the movie takes place afterwards.

It all happens during winter time.

No one remembers what happened except for a clue from Kyon. Once everything returns to normal, Kyon goes to the Christmas party.

The film is violent and isn’t really for kids.

it’s only been a decade since the film was released and the graphics aren’t that bad.

If you like mystery and , this is one of the films you’ll watch and hopefully the series as well since you have to watch it to understand what’s going on.

Related: The Greatest Haruhi Suzumiya Quotes Of All Time 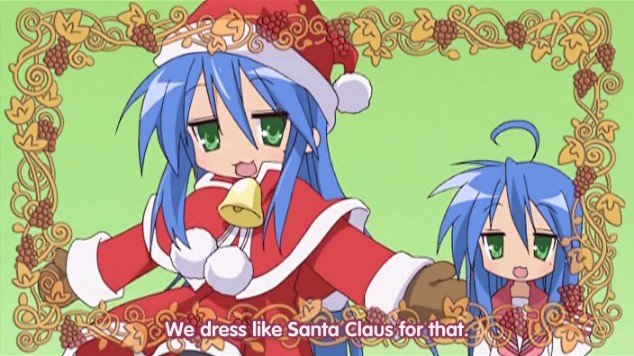 It’s that time of year where it’s almost winter break as Konata and her friends have exams in school prior to winter break.

The girls go their different ways on spending their Christmas.

It’s a episode for Christmas and even if the Christmas episode has been a few years already, it’s never too old to watch it if you want to watch something during the holiday season.

Related: 34 Of The Most Interesting Blue Haired Anime Girls Ever Created 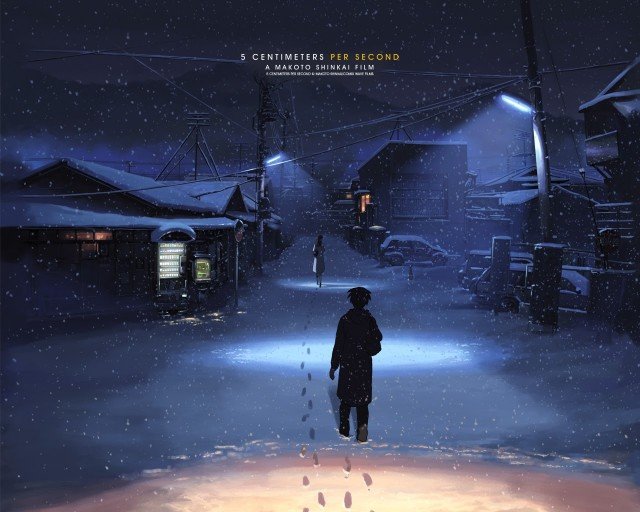 It’s an film but it consists of three episodes that’s about an hour long. Made by Makoto Shinkai.

In one of the scenes, it shows the boy and the girl near the train station in Japan as snow falls down. It’s an emotional scene as the very next day, you see them leaving each other.

The movie has been out for a decade and the graphics are still beautiful to watch.

The even came out right after the movie because the movie was so popular.

Ritsu wants to have a party with her friends during Christmas. It’s a fun episode to watch as Ritsu and her friends try to figure out where to have the party and what to get for each other.

Spending time with your friends during Christmas is a happy feeling during the holidays besides spending it with your family and relatives.

K-On only has 13 episodes for season 1 and the Christmas episode is already halfway within the so it won’t take long for one to watch the season if you like music . 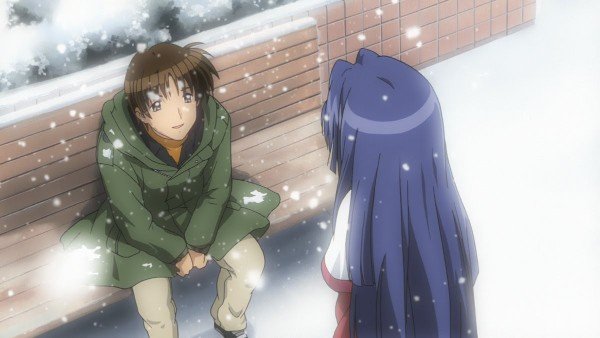 The first episode of Kanon takes place during the winter time where a character named Yuichi goes back to the town where he left seven years ago.

He intends to regain his memories as it takes place in Northern Japan.

There’s even a video game of Kanon prior to the series. They made the video game for ONLY adults and then remade it to where everyone could play it.

The series is a good kyoani classic and even though it’s been like, almost two decades, it’s still a good to watch. 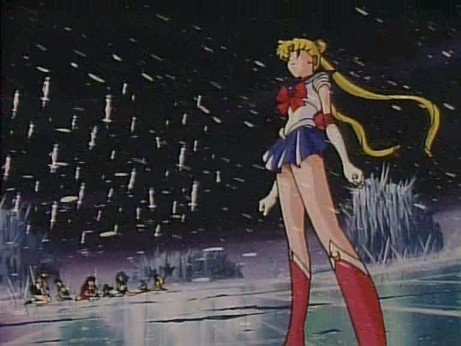 It’s not really a Christmas story per se, but the ice and snow within the movie would feels like it is.

Princess Snow Kaguya wants to put Earth on ice and no one trusts Kakeru’s belief on Kaguya till the Sailor Guardians witness  Kaguya destroying Earth.

It’s an old anime movie and if you’re a fan of Sailor Moon or even an fan that likes old , this is something to watch during the holiday season.

It has action and even if it’s intended as a kid’s , anyone can watch it.

The second ending song for the Final Act called: “Diamond” feels Christmas’y because of the snow.

In one of the scenes you can clearly see Rin, Jakken and Kohaku building a snowman while Sesshoumaru watches.

If you read the lyrics in English, the lyrics are rather sad but suitable for Kagome even if it’s winter time.

You have to understand the lyrics though if you have watched the original till the final act. It’s a nice ending song that fans should listen to. 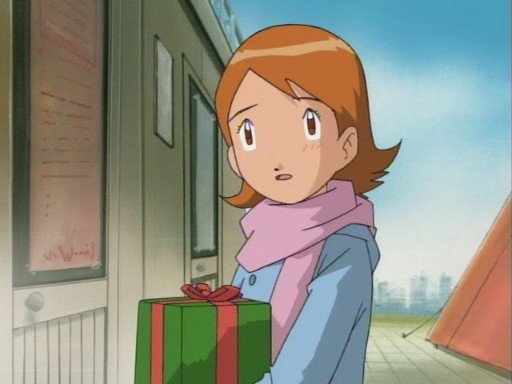 The episode “A Very Digi-Christmas” is indeed one of my favorites in Digimon Adventure 02.

The new Digidestined brought the old Digidestined their gifts which is their Digimon! However, even if it’s Christmas, the Digidestined has to save the world as a new evil approaches.

It’s a sweet and adventurous episode where the whole gang comes together and that’s rarely shown.

You have to watch the prior episodes to be able to understand what’s going on in this episode as it’s a continuation from the previous of sorts. 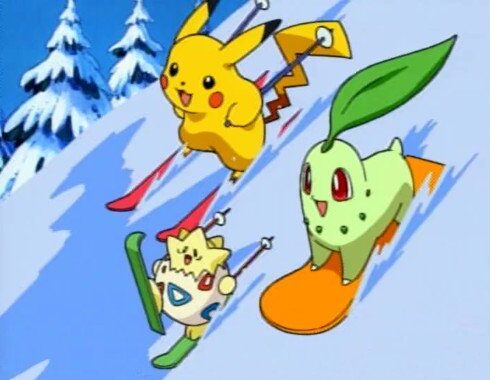 Pokemon has several Christmas episodes and “Pikachu’s Winter Vacation” is one of them in the Pokemon Chronicles series.

It’s two short episodes that take place during the winter time as the Pokemon are up to no good when Ash and friends are out doing errands.

The other short episode is that Togepi wanders off and encounters a wild Kangaskhan.

Both of the short episodes are meaningful and you don’t really need to watch the prior episodes to understand it! 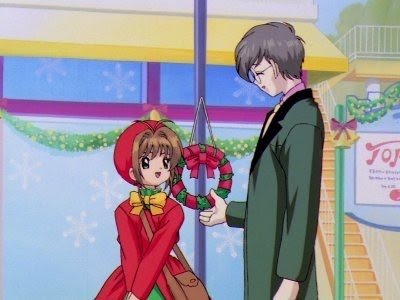 It’s a good Christmas episode and is a bit adventurous while friends are in the theme park with Yukito.

If you like Christmas episodes, this is something you can watch even if the is a bit old.

Cardcaptor Sakura was more popular within the late 90s because of the many changes from the Japanese version to the English version.

You might be able to understand the episode even if you haven’t watched the prior episodes yet.

Related: 47+ Of The Greatest Cardcaptor Sakura Quotes That Are Timeless

Full Moon sings the song “Eternal Snow” and it feels Christmas’y because of Full Moon’s performance.

There’s an episode titled “Eternal Snow” that takes place during the winter, however it isn’t a happy scenario.

The song “Eternal Snow” was prior to the episode, so the song even ended the episode.

The song is how Mitsuki is feeling about finding the one she loves and then finding out the truth about what happened.

The episode happens in the middle of the and you have to watch the prior episodes to fully understand. 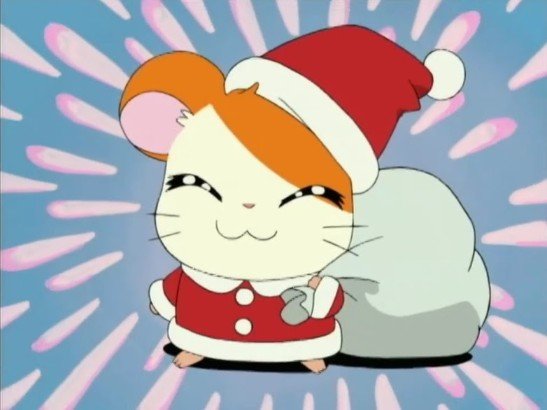 This is about one of the hamsters named: Bossthat who tries to be good.

They try to find the real Santa and hope in the end that Bossthat gets a gift.

It’s a episode where they all get together to help out a friend. You don’t need to have watched the prior episodes unless you want to.

Hamtaro is an old series, about the early 2000’s but if you like cute anime or just want to watch the Christmas episode, this may be one of them.

Not everyone has a good winter season during Christmas and you can see that during these ’s.

When it’s Christmas, you’ll be buying gifts, hanging out with friends and family, and just having a festive time because it’s the winter season.

These ’s are fun to watch but not all ’s are for kids as there could be violence and language even if it takes place during Christmas.

Other Christmas To Watch: 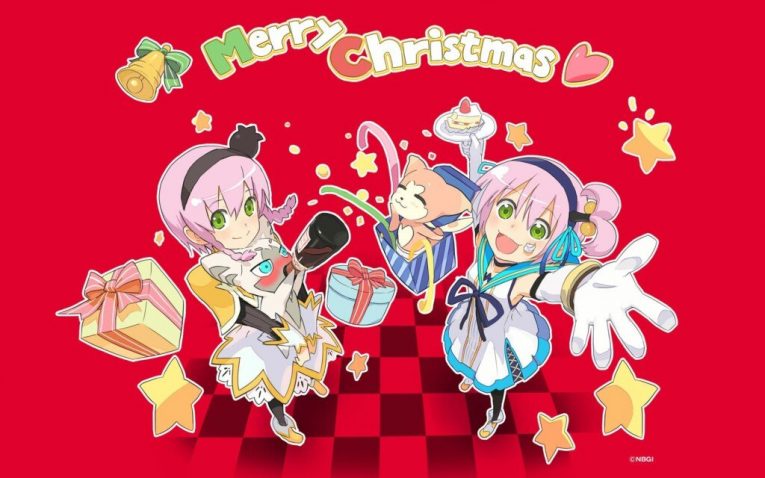 30 Asuna Yuuki Fanart Pictures That Will Warm Your Heart