Goblin Slayer was one of the most hyped series in the last quarter of 2018.

The bloody first episode with Goblin’s committing “obscene” acts of violence to women and young girls… And the horror dripping off the face of Onna as she watches, helplessly.

Goblin Slayer’s studio: White Fox is known for being dramatic.

If you enjoyed the series, here are some of the BEST worth checking out…. 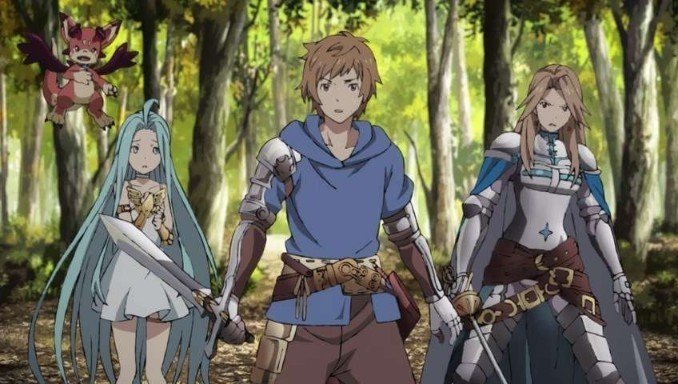 You can think of Granblue Fantasy as “a toned down version” of Goblin Slayer.

Why? Because there’s nowhere near the level of violence seen in Goblin Slayer. And at the same time – the adventure aspects of this is similar.

You have a main character, a male named Gran, and a female character: Lyria who Gran protects with his life.

And then there’s Vern, the “talking” dragon, who you can compare to “scaly” as they like to call him in Goblin Slayer.

Granblue Fantasy is occasionally action packed, sometimes mellow, and more than anything – a lot of fun to get into. 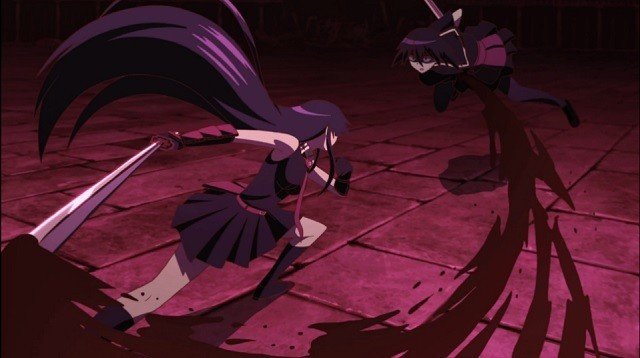 Akame Ga Kill, produced by White Fox (like Goblin Slayer) is one of the most action-packed, blood-filled ever created.

And it’s not bloody for the sake of it. There’s a deeper, morally-challenging purpose to the story that makes the violence justified.

So whether it’s the violence you want in another like Goblin Slayer, or the adventure – will deliver.

Don’t be fooled by the hype of how violent Goblin Slayer is, because it’s got nothing on . 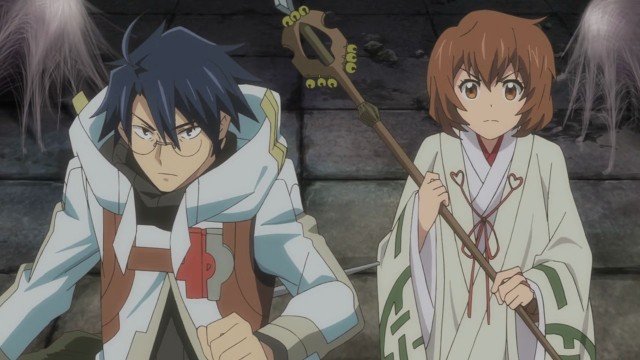 At a glance you can’t really say this is like Goblin Slayer. Unless like me – you’ve watched the series to know how similar it actually is.

In Log Horizon you also have guilds, guild-masters, weapon shops, and a fleet of characters who travel the world.

It might not be “goblins” getting slain, but Log Horizon is still a series you’ll enjoy if Goblin Slayer is your cup of tea.

So give it a try.

4. The Legend Of Legendary Heroes 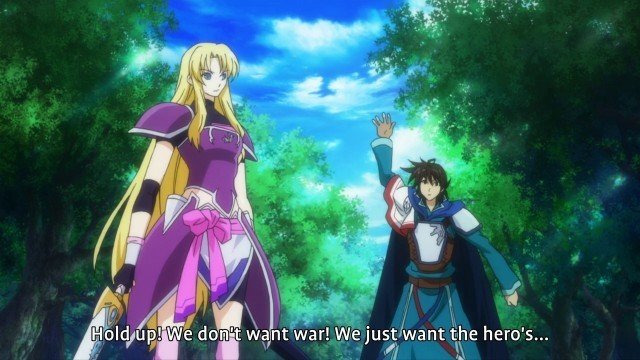 This is another adventure series with some “old school” historical elements, comparable to Goblin Slayer.

The main character: Ryner Lute is a “beast” just like Gobby Slayer himself. But the difference is – Ryner Lute is cursed with magic.

There are slightly less characters in The Legend Of Legendary Heroes in comparison. But everything you’d want (including dark violence) is all here. With its own style and story.

5. Re:Zero – Starting Life In Another World 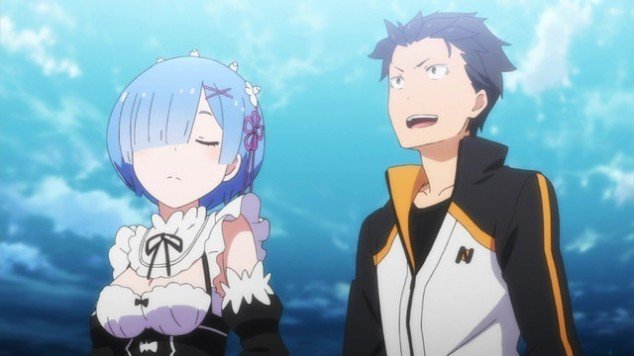 Similar to Log Horizon, there are some obvious elements to the story that’s nothing like Goblin Slayer at all.

Like how the main character ends up in another world, is weak, and forced to figure things out for himself.

But when you take the plot and put it to the side, the dark psychological tricks, disturbing violence, and bloody moments have strong similarities.

Plus the world Subaru Natsuki ends up in has an old school feel to it. With a similar timeline seen in Goblin Slayer itself.

6. How Not To Summon A Demon Lord 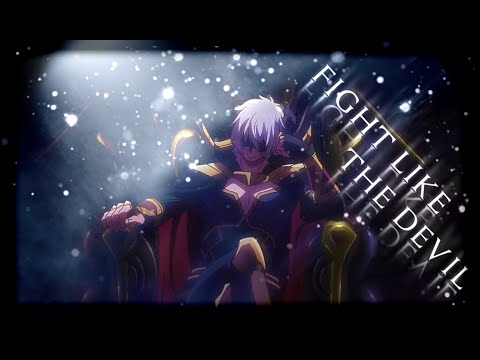 Let’s get the “obvious” stuff out the way. Like the , over the top fan service and big bouncy boobies..

Not to mention some of the most ridiculous stunts this pulls that might make you cringe.

Besides that, the main characters travel across the country together. Gaining strength, destroying monsters, and resting inside “Inn’s” together after a long hard day of labour.

There’s even some occasional violence and “bad ass” battle scenes every now and then. 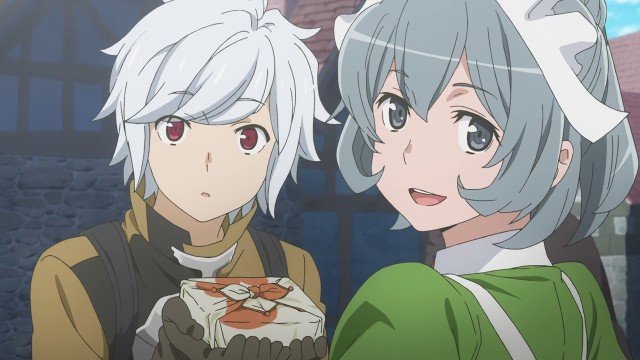 Danmachi is like a toned down version of How Not To Summon A Demon Lord.

Both series are full of adventure, in a timeline that resembles Goblin Slayer.

The main character though, similar to Re:Zero, starts out weak with the intention to become strong to protect the girl of his dreams.

Not to mention his literal “goddess” who he lives with.

If that sounds good, almost everything about Danmachi is comparable (except for the harem).

8. The Grimoire Of Zero 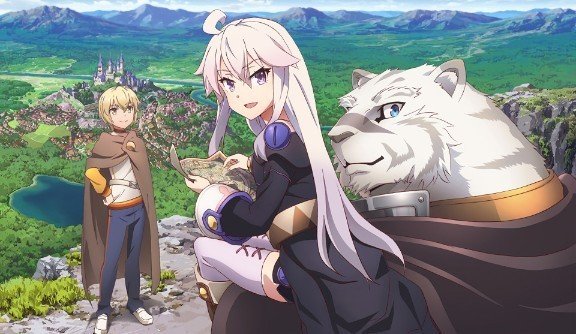 In Grimoire Of Zero, there’s a type of creature called “beast-fallen”. A human who they claim is cursed, because they’re half beast, half human.

Witches hunt down beast-fallen because if killed, they’ll make a killing off the (pun intended).

The story of this revolves around the beast-fallen, and an unusual witch called Zero. And they’re unlikely journey they share together.

The timelines, towns, background scenes (and “some” violence) is a nice transition for anyone’ who’s finished watching Goblin Slayer.

Relevant: 15 Of The Best Adventure Anime Series You Should Start Watching 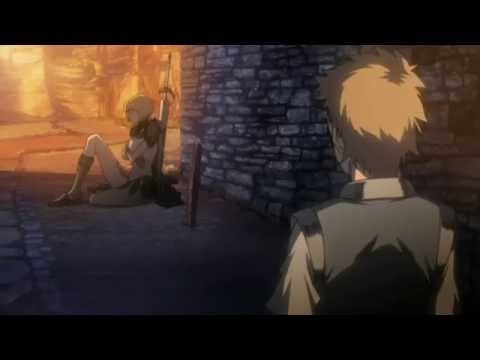 Claymore’s are half human, half demon creatures. Created the single purpose of destroying demons in exchange for from towns people.

Of all the I’ve mentioned on this list, Claymore, like , leans on the side of “disturbing violence” and depressing outcomes for its characters.

Almost every character in Claymore is female, and fights with a sword. But that shouldn’t stop you from watching it.

It’s a “step up” from the world of Goblin Slayer that offers something different, but still close enough to home to feel familiar. 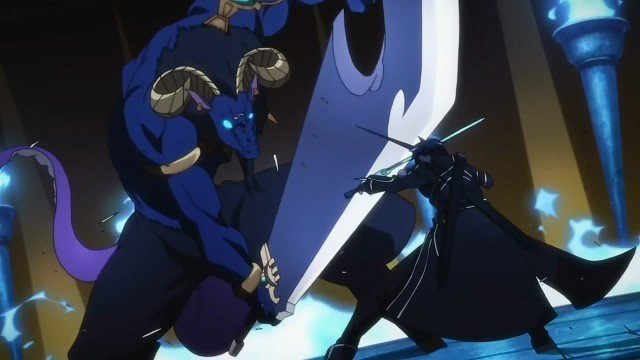 And then there’s Sword Art Online. An so famous I don’t need to say too much.

The first season of , and the second season is similar enough if you like Goblin Slayer.

The only REAL difference between and Goblin Slayer is – one is based inside a virtual world, the other is in the “real”world.

But what happens in between is pretty much identical. With the exception of love, romance, and “sappy” feelings you get to experience along the way.

Which will you watch first?

almost none of these are fucking alike

And overlord is much better than SAO

BERSERK AND OVERLORD ARE HONORABLE MENTIONS!!!!???? ARE YOU RETARDED OR SOMETHING??