The toxic hatred towards Emilia from Re:Zero reminds me of the hate towards .

In the case of SAO, the anime isn’t even close to being the “worst” rated anime, ever. And yet that’s how it’s treated.

But with Re:Zero, Emilia is hated for different reasons. And the same “toxic” and obnoxiously loud fan base is similar to what you see in the community.

They don’t see reason or logic, but the color red for anyone who dares NOT to fall in line like sheep. 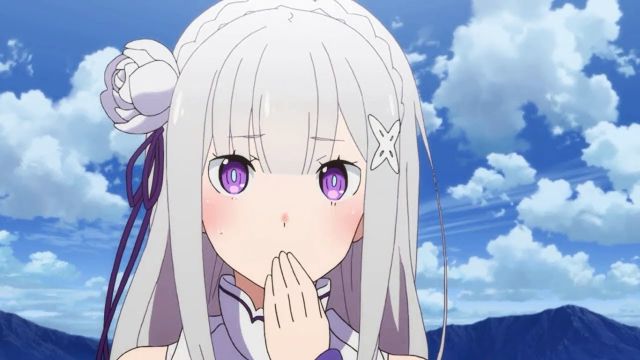 I wanna talk about this sh*t since nobody else will. And besides – it’s one of those things that needs to be said.

Why The Hate Towards Emilia Is Toxic 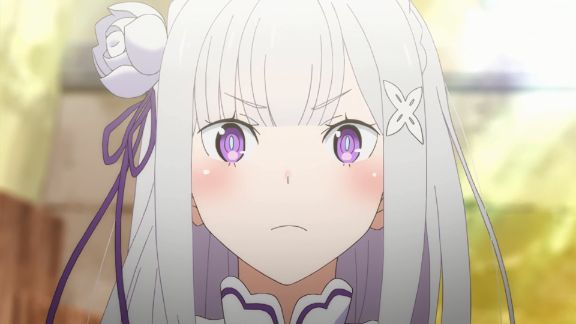 It amazes me how childish and attached anime fans can get, to the point where the fan base becomes toxic and detached from reality. In order to fit their own biases.

Why’s Emilia a character with an unnecessary amount of bad rep?

And why’s the hate towards Emilia so ruthless? I’ll tell you: because anime fans are SALTY. 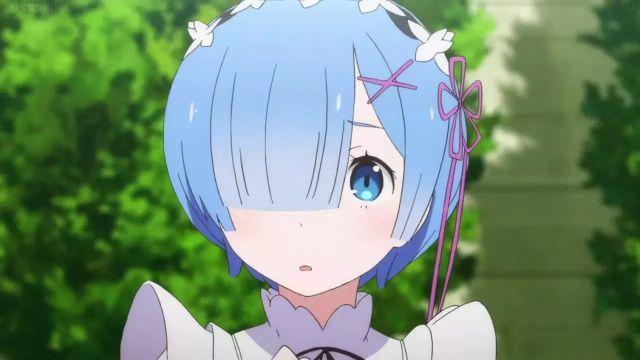 You see – this girl called Rem is unsurprisingly REJECTED by Subaru Natsuki, the main character of Re:Zero.

Everyone who’s watched Re:Zero knows this already. But it’s relevant and needs to be said. 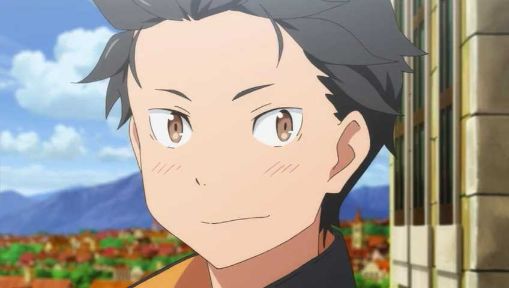 The reason Subaru rejects Rem is obvious to anyone: Emilia is the ONE for Subaru.

That’s not an opinion, it’s a fact. Because this is how the story is set up from the first episode of Re:Zero.

Rem doesn’t exist at this point. 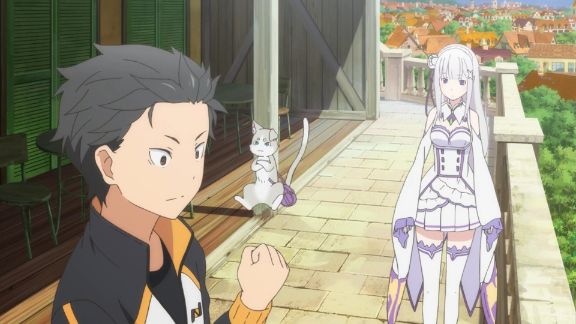 Subaru’s motivations as the “male” protagonists are driven by Emilia. She’s the first person he comes into contact with. And of course – she’s the one he falls for.

After all the drama in the first episode, which spills into the 2nd episode – this “love” for Emilia goes deeper.

Not surprising when it’s a life or death situation. 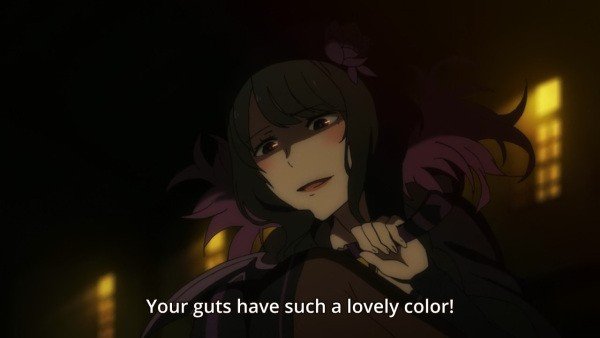 And this bond grows stronger during the battle with Elsa in the loot house.

They fight side by side and get to know each other a little more than they ever have. 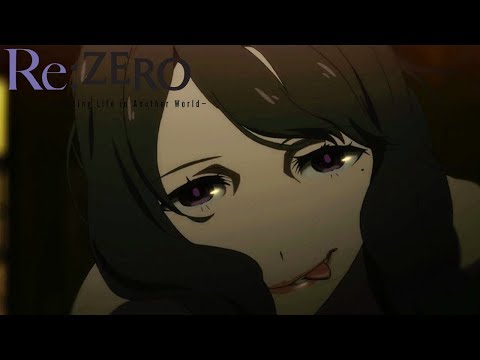 And even though their “relationship” hasn’t blossomed into what we’re expecting to see, especially after the last episode of the series, it’s clear they’ve bonded from the beginning.

Emilia is a just a little childish when it comes to romance is all. And Subaru isn’t without his flaws either. 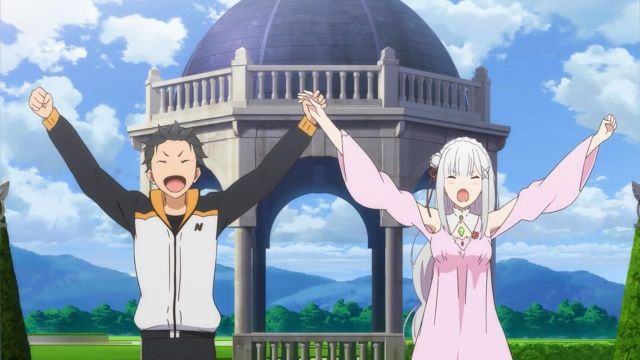 The thing about Emilia is she’s a genuine person who’s so kind and gentle it’s almost to a fault. But more importantly: her intentions were always PURE from the beginning of the anime.

She never tries to manipulate, discriminate, or murder Subaru because that’s not her character.

She’s not disingenuous and at the same time she’s not a “mug” either. It’s a nice balance and Subaru falls deeper and deeper for that.

They have their “fallout” later on at the end of season 1, but that happens with friendships and relationships in the first place.

Re:Zero is semi-realistic so that’s unsurprising. 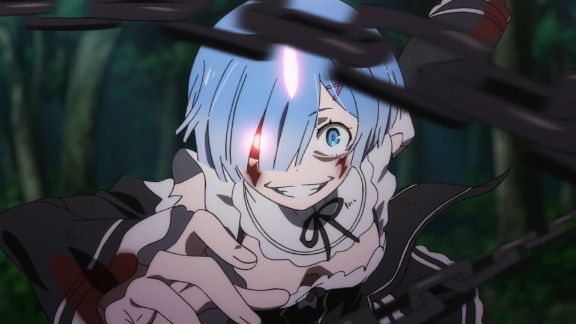 On the other hand – let’s compare that to Rem. A character who gets a disproportionate amount of “love” in the anime community.

The same “sweet” girl who MURDERS Subaru without batting an eye.

And not just once, but twice. And the 2nd time she does it? She gets an insane kick out of it and shows no mercy to Subaru.

Even in the helpless state that he’s in at the time, while begging Rem to spare his life (for no fault of his own). 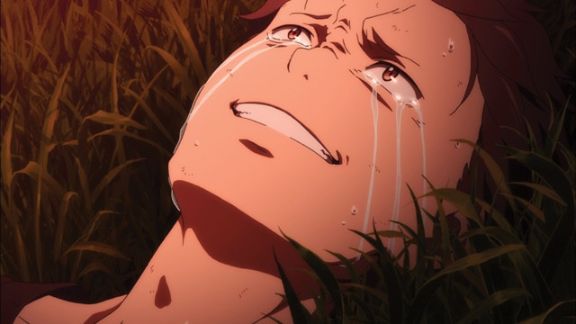 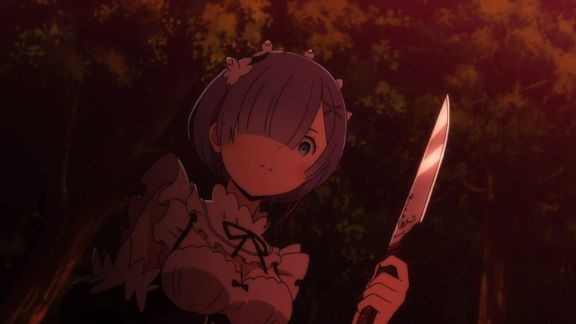 This is all in the name of Rem’s self righteous, misguided, childish motivations.

Even after this incident – Subaru still goes of his way to please Rem after being revived twice in the mansion arc.

He does everything he can to bend over backwards for Rem, and make sure she “doesn’t kill him” despite Rem’s older sister: Ram, and Roswaal telling Rem to NOT do anything drastic.

That’s why she murders Subaru in the first place.

Rem’s irrational compared to her older sister. Everything is black and white to her. 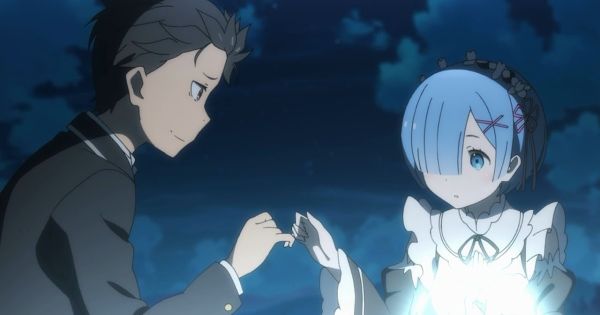 It gets to a point where Subaru puts his life on the line for some kids that go missing in the forest, and Rem is suggested to tag along by her older sister Ram.

It’s from this point that Rem, the girl with a toxic fan base and a disproportionate amount of praise in the anime community, starts to build a “bond” with Subaru.

NOT because Rem gives a f*ck, but because Subaru is on his best behavior because of how unstable and triggered Rem can get.

That’s why Rem falls for Subaru at all.

Subaru treats everyone equally, and she gets love-sick since no one’s treated her like that before as a demon. 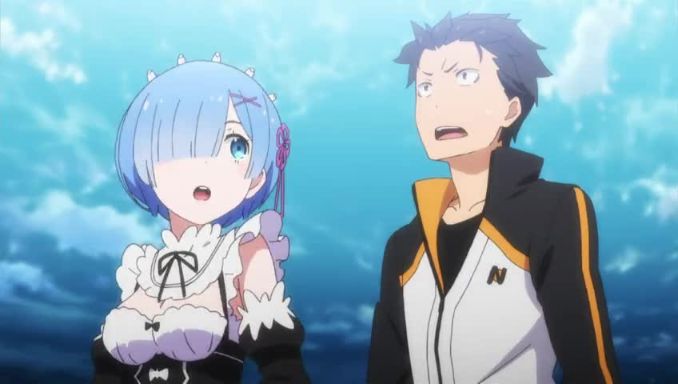 Rem is “used and abused” for the sake of moving the plot forward, and of course – re-introducing Emilia a while after Emilia and Subaru fall out with each other.

Rem literally disappears from this point.

This is where Subaru rejects her, romantically (and why there are so many memes about it). 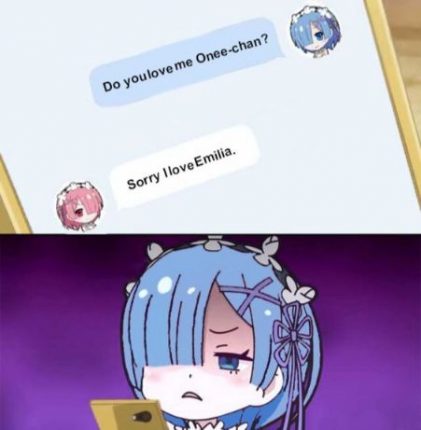 That’s the reason Emilia is hated so much, even though it’s expected from the beginning (especially considering how Rem treated Subaru early on). Which Rem fans conveniently forget about… 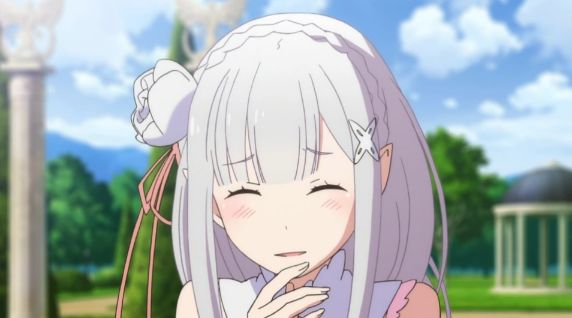 Putting the exaggerated hate and toxic feelings aside from REM fans…

Emilia isn’t the PERFECT protagonist. But then again – who is?

The thing about Re:Zero is characters have realistic flaws… and that balances out their strengths and the good things about them.

This is obvious with Rem, Emilia, Subaru and a few others. Especially when Subaru and Emilia fall out.

This is a scene that turned a lot of people off Emilia, because of how things turn out. 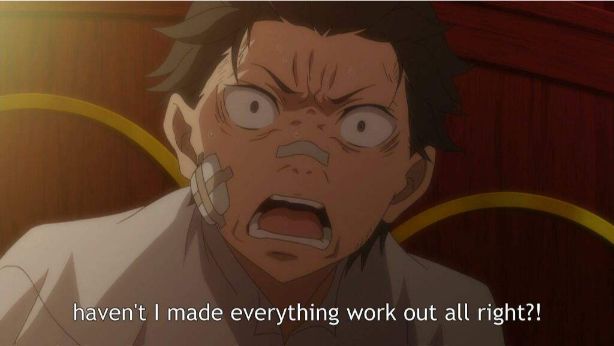 In fact – this is how Rem swoops into the picture, and tries to pull a “fast one” on Subaru.

But the fact that Emilia gets so much hate and a bad rep by MOSTLY toxic anime fans, just because Rem is treated how a side character is expected to be treated… It baffles me.

It might not be ideal, but is the toxic attitude really necessary? Rem isn’t all bad. She has her positives but the facts are the facts.

Rem exists because of how loyal Subaru is as a character. Let’s not forget that.

That’s the main reason she turns out to be “so nice” as the anime progresses, before being tossed aside (which bothered me a bit).

But Emilia is objectively not as bad as the reputation and hate would have fans believe.

Most fans are too caught up in their emotions and ideals to see it (hence why they down play it and hate Emilia so much). 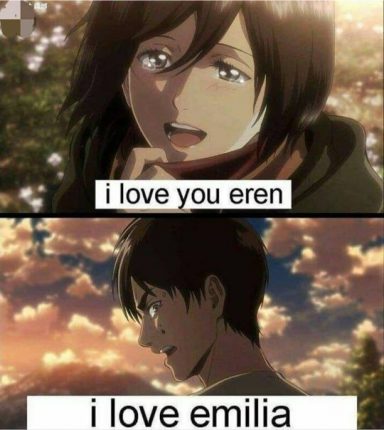 Now – let’s put this petty hatred to rest once and for all!

The only reason MOST Emilia fans don’t scream it out loud, is because of the toxic backlash that comes with it. Just like the community.

That BS needs to die.

5 Unique Differences Between Rem And Ram From ReZero