“I can’t die, because I have to protect my friends!” – This is the usual line spoken by a protagonist, before gaining a power-up

That’s what “plot armor” is all about. Being protected by the plot with some sh** that can’t be explained.

It’s the reason , , and many other shows are so famous and “hyped” up.

So let’s talk about some of the rarer shows that don’t follow the traditional route.

But instead – dial down the plot armor, and provide something a little more realistic.

Anime With Little To No Plot Armor: 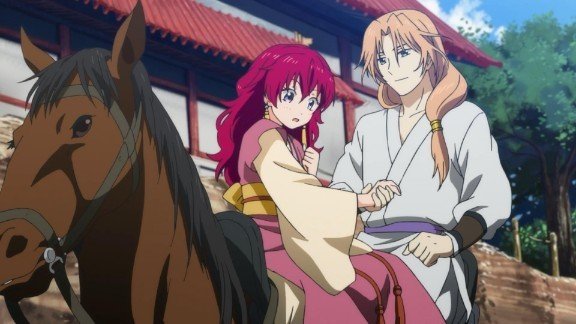 Yona Of The Dawn is a Shounen series with a female lead protagonist. And her childhood friend who stays by her side.

In this type of Shounen – once you die, it’s game over. There’s no such thing as “coming back from the dead” by a miracle.

Or somehow gaining a massive advantage in power that allows a character to overcome the impossible.

Instead – what you get is:

Typical plot armor is non-existent in Yona Of The Dawn.

Related: 30 Anime Quotes From Yona Of The Dawn 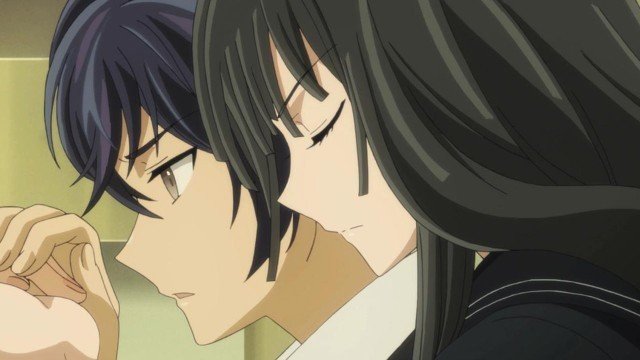 Black Bullet, similar to Yona Of The Dawn, has no interest in overdoing it with plot armor. And that’s surprising considering what type of it is.

It’s like Attack On Titan for its theme. Plus “the world is coming to an end” type of plot.

And while the main character: Rentaro Satomi is strong, he has no OP advantage over the enemy.

Every battle Rentaro (and Enju) dominates comes down to strategy, tactics or “Gastrea blood” used to heal a characters wounds. At the cost of potentially dying while trying. 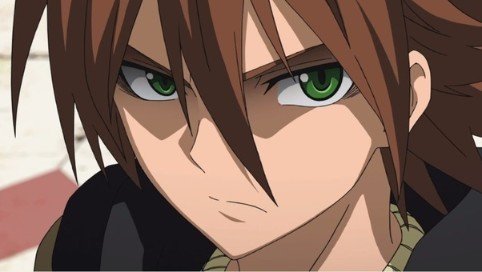 is one of the most official shows to AVOID plot armor all together.

The nature of this series doesn’t allow ANY character, never mind the protagonist to have “Plot armor”. Seeing as characters die without being saved by some mysterious BS. 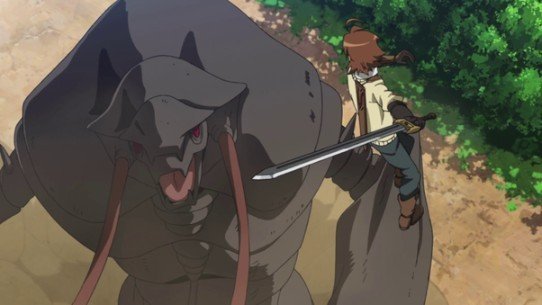 The main protagonist – Tatsumi is a poor kid from a village. With the goal of becoming stronger, working in the capital, and making enough to support his village.

In the first episode he takes down a danger-beast, only because he’s been trained for it.

No supernatural powers or fantasy crap. It’s all legit. 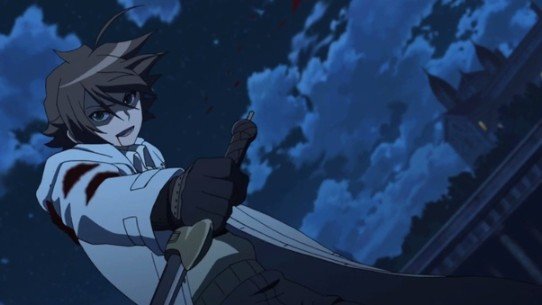 In this battle he was eventually outclassed before Akame shown up. Because he doesn’t have an imperial arms yet (strong weapon). But she doesn’t show up out of thin air.

They’re all together and were split up within the same town. Minutes from each other. So it’s supposed to happen.

No plot armor here or being saved by the power of friendship, etc.

And then there’s Tatsumi’s battle in the tournament.

Does he win? Yes. But that’s because:

Bungou Stray Dogs has some powerful characters. Each with their own weird, unique quirk that fits their personality.

But even with that said: there’s no obvious or ridiculous plot armor in this show. 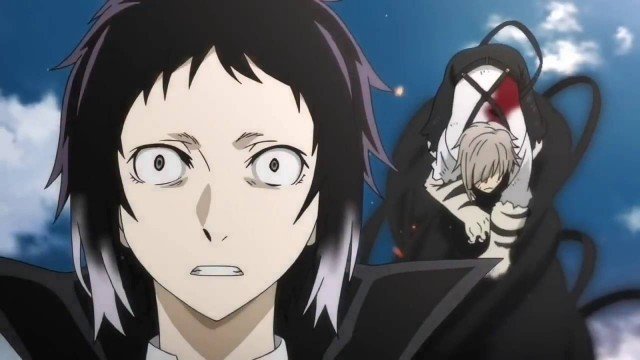 There is the fight between Atsushi and Akutagawa later in season 1.

But beyond that, Bungou Stray Dogs is a pretty straightforward series. That follows the idea of “if you die, it’s over”. Without any BS to interfere or exaggerate the plot. 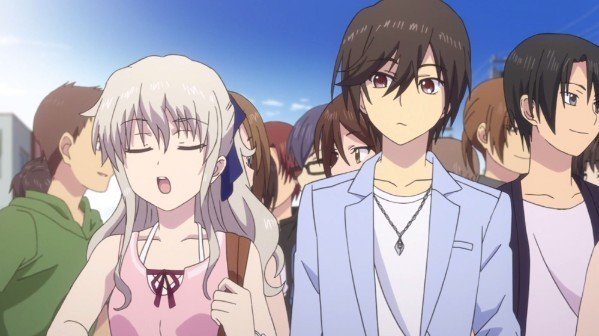 The thing I love about this romance/supernatural series – is powers and abilities are restricted.

There’s a sense of “realism” to each characters abilities. Because like real life, everything has its limits. As well as pros and cons.

Like how Nao Tomori’s invisibility only works on one person at a time.

Or how Yu can only control one person at a time with his power.

This makes the “plot armor” argument impossible in an like Charlotte.

Related: Why Charlotte Is A Distinctive Anime Series (And More Reasons You Should Watch It) 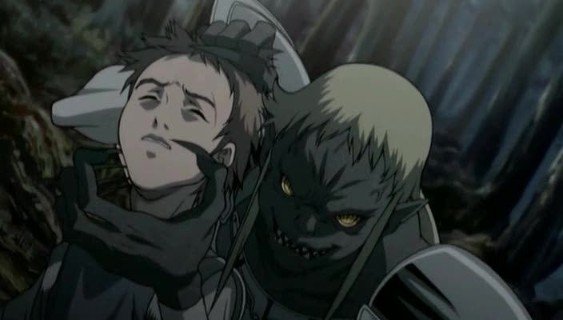 Claymore’s are half human, half demon. With only ONE goal in life: to destroy “full” demons called Yoma.

That’s all they exist for, and the concept of happiness is out of reach for them.

With that said – in battle, plot armor is nowhere to be seen. Claymore’s get slaughtered left, right and center.

Just like – once it’s over, it’s over. It’s as straightforward as that.

7. The Rising Of The Shield Hero 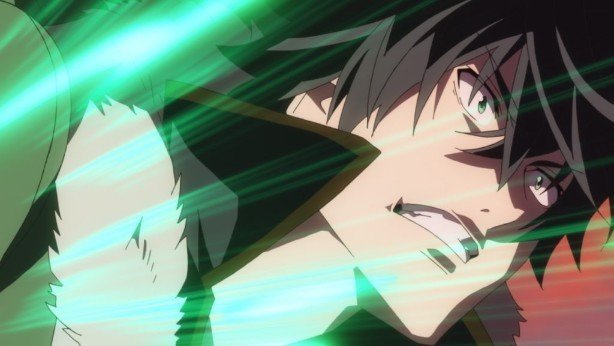 This new Isekai series is still airing in February 2019.

The main protagonist has it rough from the very first episode, when a certain female character makes false rape allegations for her own personal gain.

Unlike your average , there’s a little “less” when it comes to battles, adventure and all the other things you’d expect to see.

But in exchange – there’s a lot of meaningful, dark episodes that helps you connect to the characters. And the struggles they go through as a team.

The balance between adventure, action and storytelling is priceless. 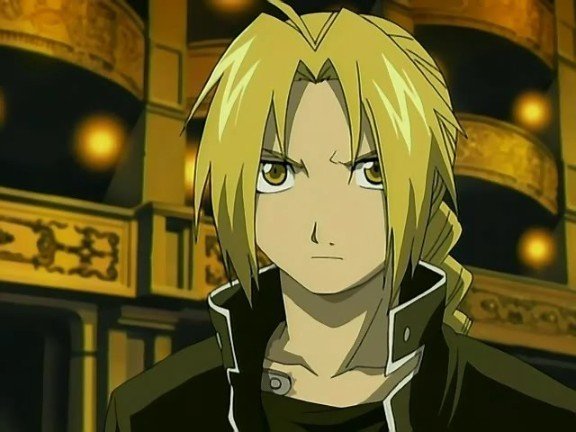 is one of the more “purposeful” series on this list. That’s part of what makes the show so popular and successful, even in 2019.

The two main characters break a taboo, and try reviving their dead mother… In exchange (call it karma) Edward loses his arm, and Alphonse loses his body. 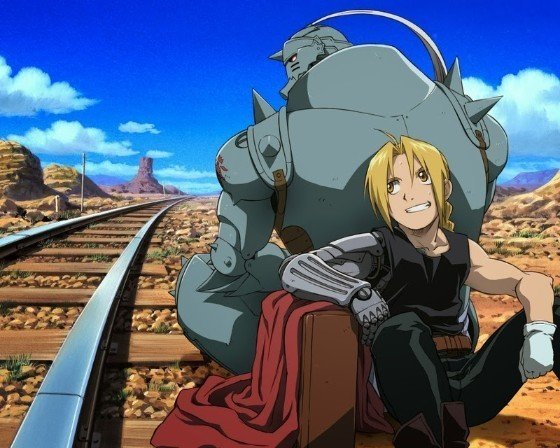 There’s no sign of plot armor in this series because like , once you die… it’s game over.

After all – the world of FMA is run by alchemy and the military. And Alchemy in itself is inferior to magic. 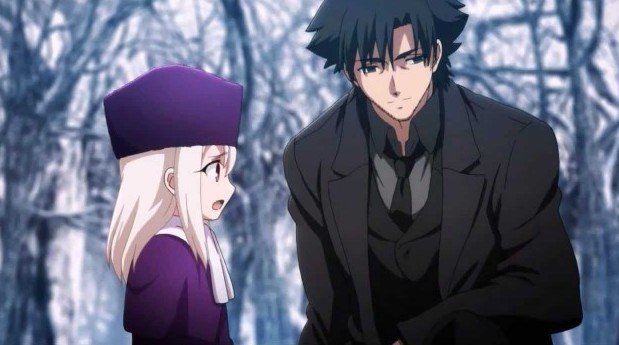 Fate Zero goes head to head with for its violence and dark atmosphere.

But more important than that: plot armor is a myth in this kind of series.

Kiritsugu Emiya, the main protagonist, is for sure. And because he’s an expert in combat, he’s able to overcome so many obstacles.

This is a result of his painful past that leads him on this dark journey. 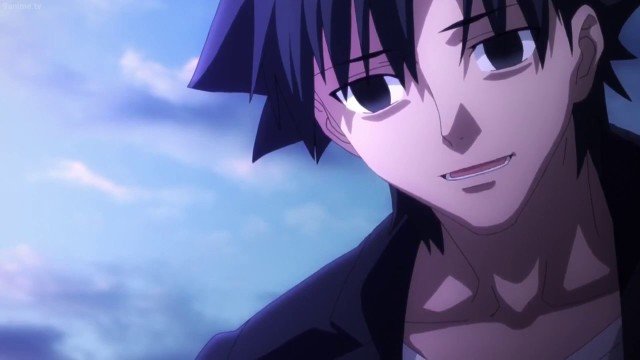 But plot armor, power of friendship, miracles… none of that exists in Fate Zero.

The is too vile for all that cuddly stuff. And realistic enough to stay true to the circumstances each character is caught up in, without throwing a curve ball.

Relevant: 20 Of The Most Dark Anime Series That Will Shock You 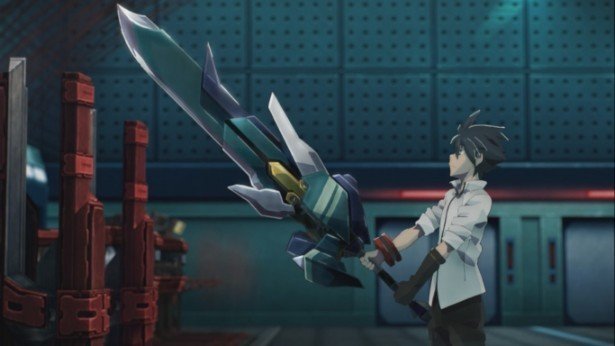 Lenka Itsugi, like Eren Jaeger or Yuichiro Hyakuya, is a fighter with a vengeance.

The aragami murdered his family, and that drives him to fight aragami and wield the god-arc.

This is a horror series unlike Fate Zero, and even though it’s surprising, it’s even more vile and disturbed because of the super realistic CGI animation.

It’s not your usual type of supernatural series because it avoids cliches like plot armor or magical B.S to save the day.

It’s about as true-to-life as an can get. Produced by the same creators behind the Fate Series (Ufotable).

Relevant: 11 Anime Characters You Can Relate To On An Emotional Level 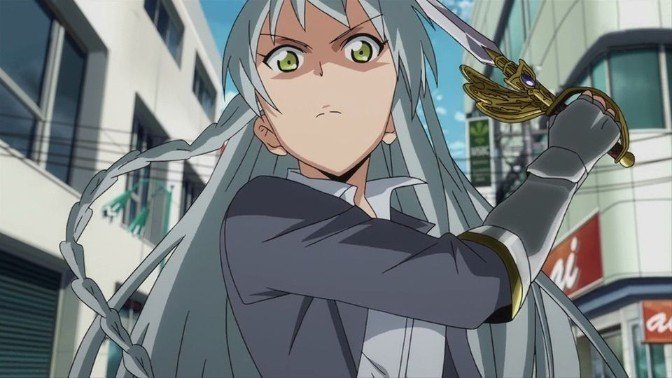 Satan escapes to another dimension to avoid certain death from the “angel” called Emilia. And ends up on earth where none of his powers are able to function.

So Satan, along with his subordinate, have no choice to live as a human and become part of society.

Obtaining passports, a flat and even a job to maintain their lifestyle. 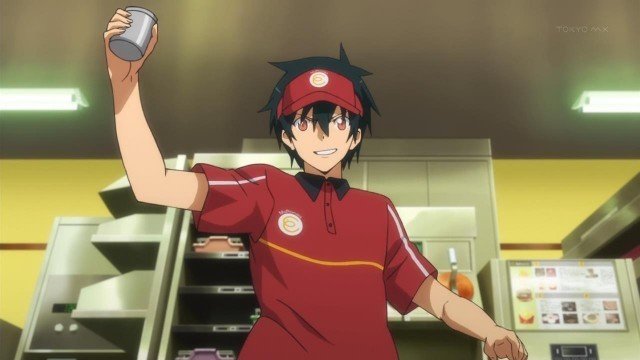 This is obviously a comedy series, but with the occasional battle-scene it still does avoid any plot armor or unexplained circumstances to save the day. 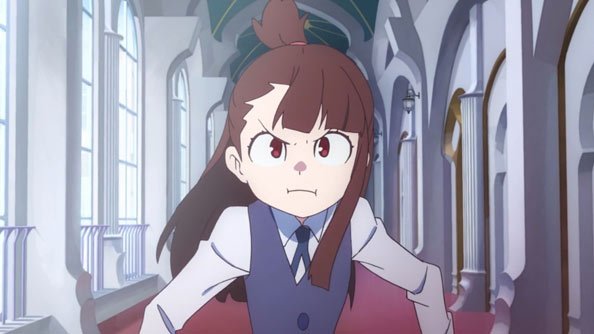 Atsuko Kagari is a teenager on a journey to become a witch and “make people smile”. Inspired by red chariot herself, one of the greatest witches of all time. 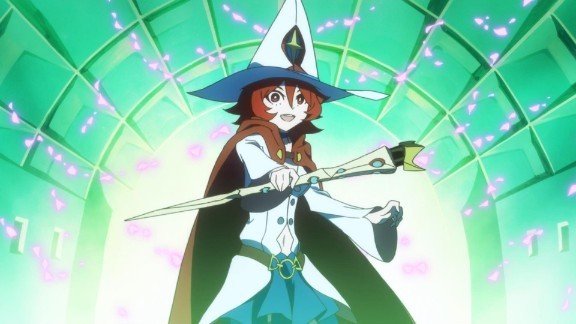 Atsuko doesn’t have any special powers or in-born witch talents. So she’s doubted and starts from the bottom (in a literal sense).

And even though what she calls “the shiny rod” connects to her after coming into contact with it, there’s nothing exaggerated or fabricated that makes Akko more than necessary.

The story is even more of a struggle for the MC than something like . 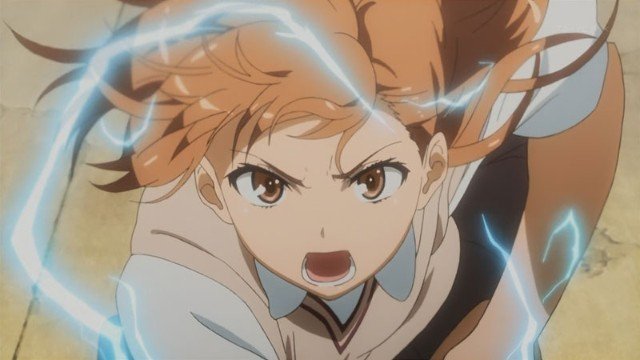 In academy city, a place where millions of espers live, plot armor is the last thing anyone has.

Not even the main characters or the strongest have it.

Superpowers are a common thing in academy city, but there’s a darker secret about why so many espers are being “nurtured” in the first place.

Railgun has some of the most enjoyable action-scenes, because there are no obvious cliches that you see in Shounen or supernatural shows in general. 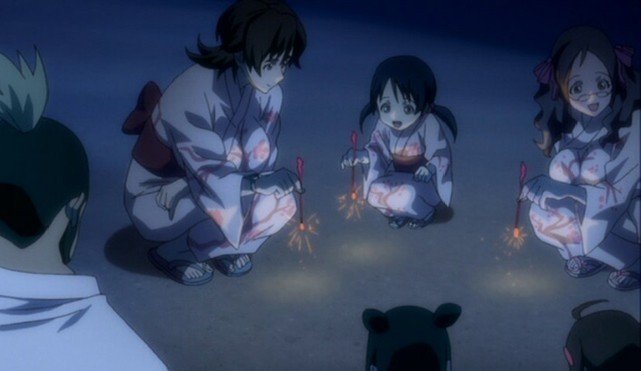 Witchblade is like a virus that attaches to a woman’s arm at random (it has a mind of its own).

The only problem is: once it’s attached, you can’t remove it or destroy it. It becomes a part of the person it chooses. Like the blood flowing through your veins.

The main character is in a race against time, and uses the power of the Witchblade to fight (once she discovers it). 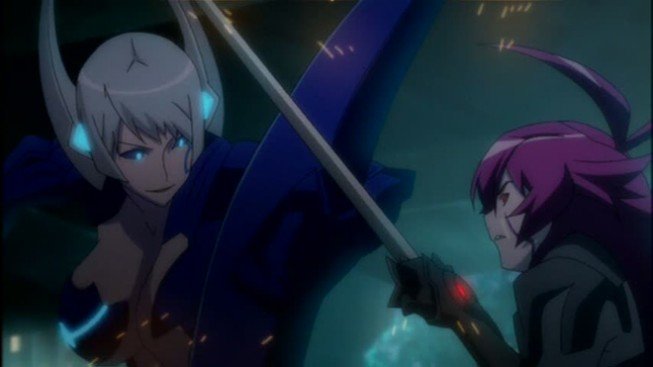 If I say anymore it’ll reveal too many spoilers, but you won’t find any plot armor here. Though you will find a satisfying story with an even more satisfying ending.

One of the best I’ve witnessed.

15. Children Of The Whales 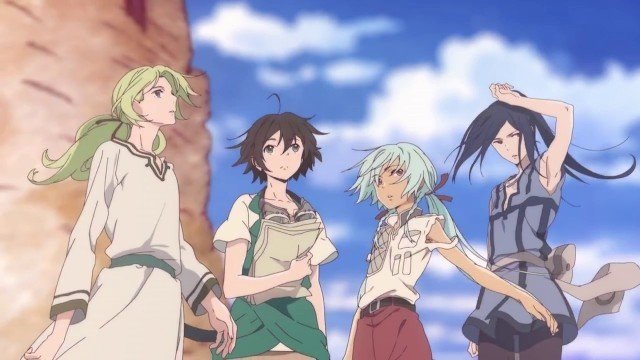 Children Of The Whales is all in its name. A bunch of teenagers and young adults are trapped on an island… which is actually a moving whale.

Getting off the island is like committing suicide. Only death is guaranteed if they do. 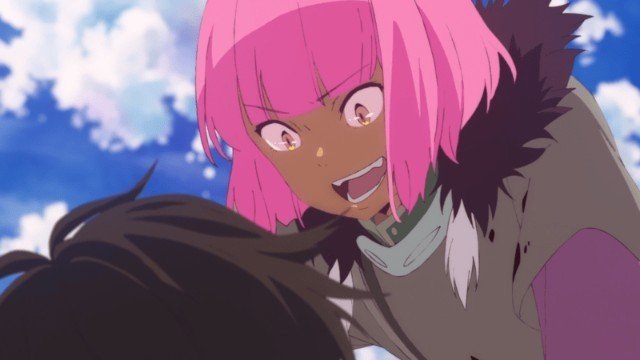 For a colorful and beautiful series, Children Of The Whales has its moments of brutality, unfairness and characters who’ve lost their sanity.

The abilities of each character and the battles that happen between them aren’t the most intense.

But it does avoid anything too “out of this world” as much as possible.

So it’s grounded for an of its type.

Recommended: 7 Types Of Fans That Make The Anime Community TOXIC