Isekai is a trend and a train that hasn’t stopped running from the moment it blew up back in the early 2010’s.

And like this came onto the scene. That’s when the trend began, and so has the Waifu’s, the “ideal” girls, the female protagonists and so much more in the world.

Let’s focus on the Waifu’s in particular.

1. Menou (The Executioner And Her Way Of Life) 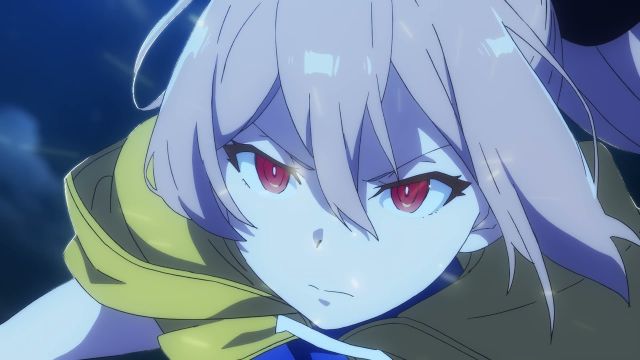 In Menou’s own words, she’s a priestess who’s strong, just, and pure (Paraphrasing). In reality this is far from the truth and is a borrowed ideology from her mentor Flare.

Similar to like , Talentless Nana, or otherwise, Menou is a protagonist who’s role is actually controversial, evil, and it’s written from her perspective making her an anti-hero type of character.

She’s an assassin who slaughters “otherworlders” meaning Japanese people who reincarnate from another world and end up with supernatural abilities… Powers that can threaten the very world they reincarnate into.

Menou is highly skilled and rarely can be taken by surprise in a fight or while carrying out a mission as she’s so efficient, prepared, and calculating. 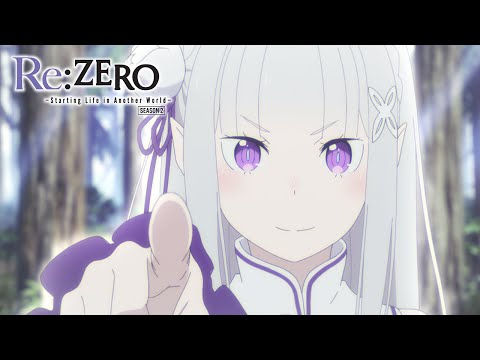 Emilia is a name many fans recognize by now. If you’ve been watching then you’ve come across Re:Zero at some point.

At first in the 1st season she’s the girl Subaru falls in love with and is the first girl he speaks to after reincarnation. Emilia is a little naïve but gentle, kind, warm hearted and has high morals.

Being a half elf she can be mistaken for someone else she’d rather not be associated with. And despite her appearance she’s a lot more than most would expect. But definitely not the strongest mage in Re:Zero. 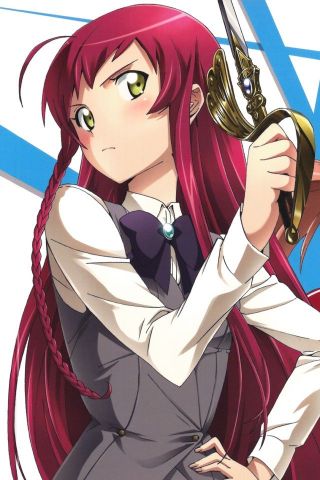 Emi Yusa, original name Hero Emilia. She’s originally an angel with white hair from another world who ends up on earth after chasing down Satan who she tried to kill, along with his army.

Now she’s living like a regular human but still maintains her vengeance, anger, and thirst to kill Satan for all the trauma and pain he’s put her through in life.

This reverse takes a different approach and instead allows her enemy Satan to redeem himself somewhat, but this could change in the future if at all in the story. 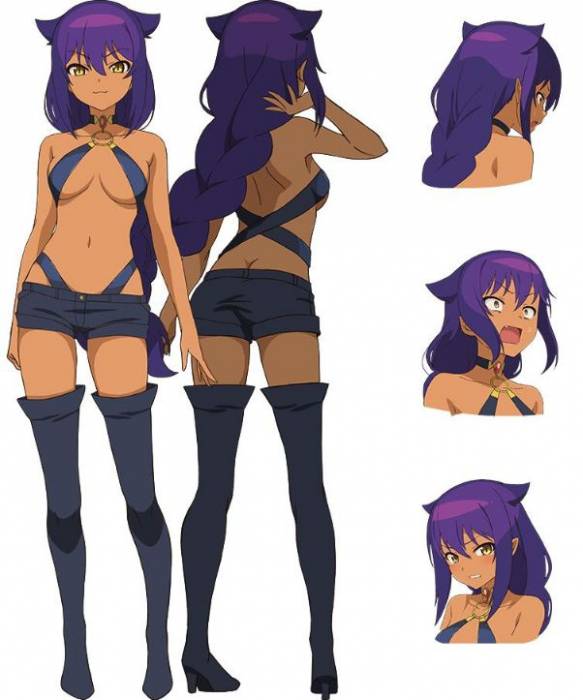 Jahy is the brown skinned 2nd in command demon lord. Being a demon and ruler, few will challenge her or piss her off because they know the consequences.

This is no longer true after she’s flung out of her realm and sent to earth after a magical girl destroys her home, completely obliterating it.

Jahy loses her powers in this reverse and is forced to live like a regular human, and it ends up softening her up a bit and molding her personality since she doesn’t have the means to kill so easily.

The is a partly wholesome slice of life/fantasy series. 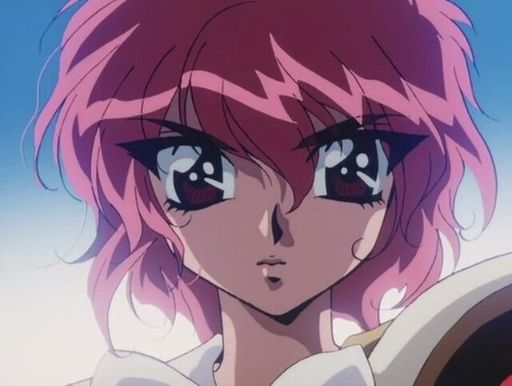 Hikaru Shidou is the main character and one of 3 in this old school magical girl/Mecha (and ) series. There’s also some romance between the 3 characters and others.

Hikaru on the surface is girly, likes things, can be jolly, silly, and is easily excited. She has the most passion of the group. But she’s also a bit of a tom boy since she’s raised in a dojo with her brothers.

She knows how to fight and swing a sword, and is the most fiery of the ‘s main characters with an unbreakable sense of loyalty and trust. 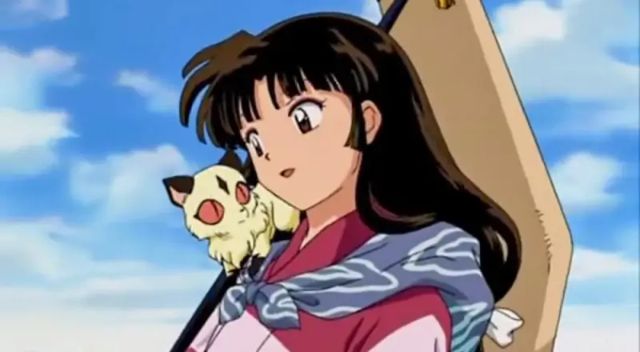 Sango is the side character of the series, though she gets so much coverage and is always seen traveling with the main characters that she could pass as a “secondary” main character at times.

She’s a and has been since young out of necessity. Her father was killed along with her entire village, and her only brother in the beginning is being manipulated by a demon called Naraku.

Sango is a strong woman with inner strength and even beauty to match, and she lives her life through her strong principles and moral values.

You could call her a traditional woman, but one who’s a skilled fighter. 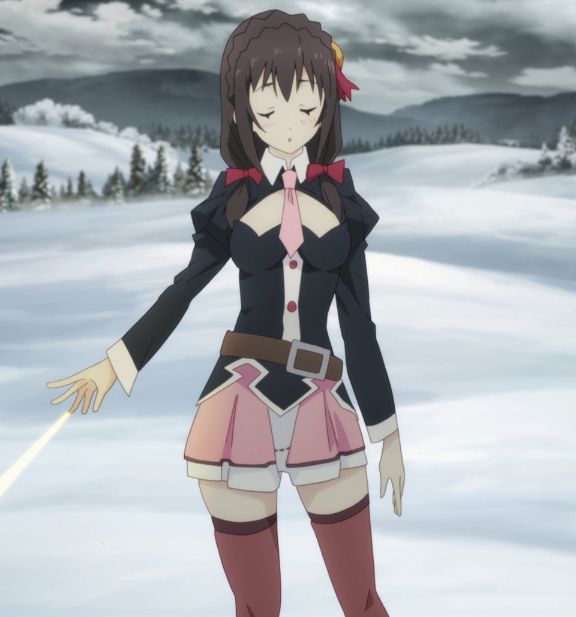 Yunyun is another Waifu who isn’t a main character, but gets enough shine that it doesn’t matter anyway since she’s in the spotlight.

She’s the childhood best friend of Megumin, they grew up together and endured their tough upbringing as a unit. Being poor and not having much going for them….

Yunyun is shy and more reserved compared to Megumin, and she’s also taller and isn’t as selfish or demanding as Megumin. Put another way, Yun Yun is waifu material in her own right. 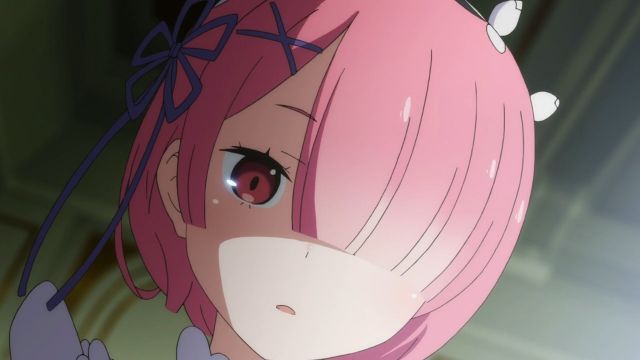 Ram is the older twin sister of Rem, and she has pink hair to distinguish her from her younger sister. Ram is the more confident and self assured character of the two sisters.

Sometimes she can come across as arrogant and self important. She has no problem complimenting herself and tooting her own horn so to speak.

That said – Ram is competent, has her head screwed on, doesn’t act irrationally, works hard, and knows how to stay cool under pressure. She’s likable and is waifu material for different reasons to her sister. 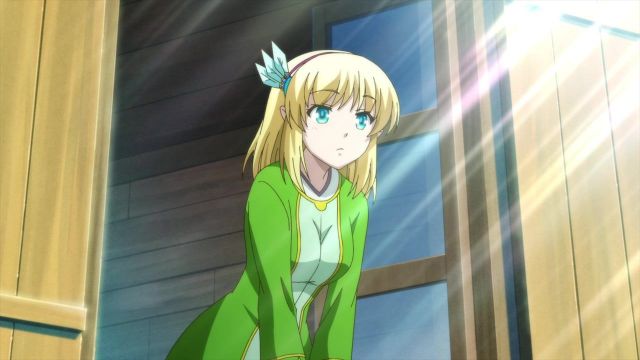 Cayna is the main female character of the series, and everything is based around her. She’s reincarnated into one of her favorite games which she realizes soon enough after waking up out of bed.

In a cliché fashion she’s overpowered, strong, and can wipe out the majority of her competition without much effort if at all. But the takes a wholesome approach which makes Cayna more likable without focusing too much on strength.

When Cayna is with her daughters and sons she can get irritated by their behavior and is quick to lose her temper, which is a running gag as you watch them “fear” for how Cayna will deal with them.

10. Effa (Ascendance Of A Bookworm) 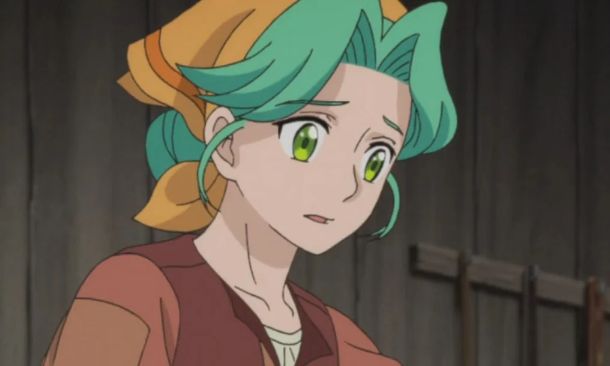 Effa is the mother of Myne from the Ascendance Of A Bookworm series. A web novel adapted into an .

Just as she’s designed to look, Effa is a kind mother who’s always seen smiling and has an optimistic view of the world. And is happily married.

She takes care of the household while the father is out literally working and grinding away in the historical time period they find themselves in.

There’s also Tuli, the daughter (Myne’s sister) who takes after the mother and is for her age. Effa can get angry if someone crosses the line.

11. Raphtalia (The Rising Of The Shield Hero) 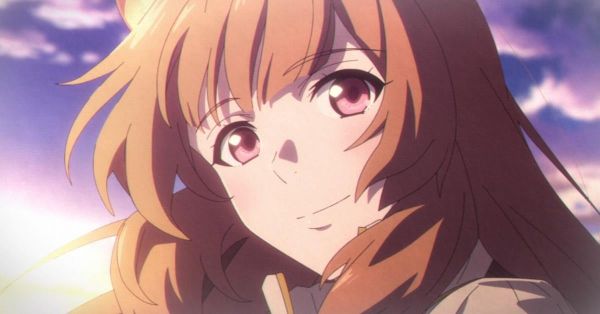 Raphtalia is the brown haired racoon girl who’s frightened for her life and scared of everyone around her. This is trauma from the abuse she’s endured as a demi-human and a slave.

After Naofumi buys her and treats her well, she starts to change inside and out. She becomes physically and mentally stronger, and she starts to have more life in her eyes and the energy she gives off.

In season 2 she’s more comfortable around Naofumi than ever before. It’s almost like they’re in a real relationship. Raphtalia is a self proclaimed “sword” for Naofumi.

Halkara is the big tiddy blonde girl who’s also a business woman with entrepreneurial tendencies. She’s a side character in the but she shows up a lot.

After she ends up living with Asuza, the main character who’s a witch she uses the place to come up with business ideas. But initially she stays at Asuza’s house because she’s being pursued by a demon.

Halkara is a THICC anime waifu who even though she might be a bit airheaded, she’s much smarter and tuned in than it seems.

13. Akari Tokito (The Executioner And Her Way Of Life) 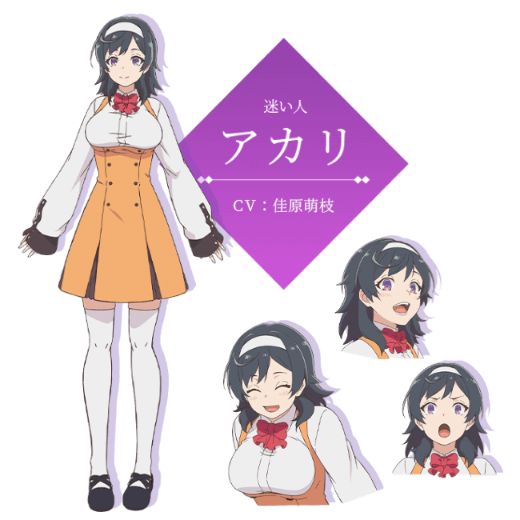 Akari is the secondary main character in The Executioner And Her Way Of Life anime series. It’s adapted from a novel. She’s obsessed with Menou the MC.

As what they call an “otherworlder” who comes from Japan and reincarnated into a new world, Akari is seen as a threat who has the power to destroy the world she’s in.

Akari’s ability is time related and is even more than the majority of time abilities seen in most shows… One aspect makes Akari immortal.

Often she’s a klutz, airheaded, silly, too laid back and care free. So much so that most wouldn’t see her as a threat if judging by the surface.

She’s a bit of a hottie. 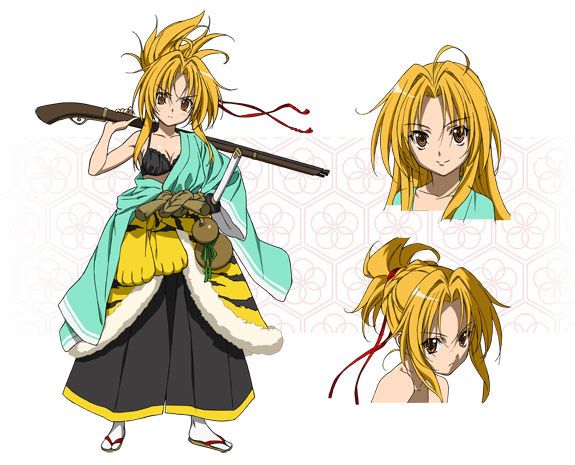 Oda Nobuna is a blonde samurai who’s the female version of the original Nobunaga from Japanese history. They decided to change his gender and play with the concept.

As far as realism, Oda Nobuna and the itself is an almost perfect depiction of the Nobunaga story (along with the names of the soldiers and so on).

Oda Nobuna can be classed as a Tsundere to a degree, but being who she is she’s committed to reuniting Japan, has good intentions, and see’s people for who they are. 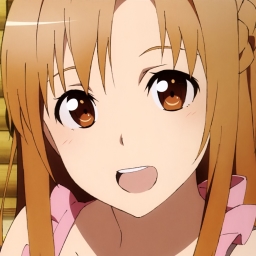 Asuna Yuuki is the main female character and the first one to show up in the series. An adapted from a novel.

In season 1 she has a lot of “bad ass” moments where she shows off her skills, giving her the name lightning flash Asuna. She’s quick and speedy.

In season 2 (more so in the beginning) she takes a backseat but this changes later.

Season 3 and beyond is where Asuna shines once again and the as a whole lights up in ways it never has.

When all is said and done, Asuna is waifu material and has been married to Kirito since the first season.

Laika is the self proclaimed maid who decides to work for Asuza after accepting defeat in a battle she asked for. She’s a dragon and is definitely not weak in general.

In her human form she dresses like a maid, similar to how Tohru dresses for Kobayashi in the Miss Kobayashi’s Dragon Maid series.

Of all the characters Laika has the closest relationship with Asuza, and her loyalty is #1. She has a lot of attractive characteristics as a secondary character.

Looking For Isekai Anime? Then Don’t Miss These GREAT Shows!