Gentle characters are some of the most loyal friends and allies.

They wouldn’t think twice about causing you harm, or resorting to violence to get what they want.

Instead – they fix their problems with words, kindness, optimism and a positive mindset. Followed by lots of action.

Here are the best characters who reflect this type of personality.

Simon (the digger) starts out fragile, a little “shaken”, and worried about his future. Because he grows up under the surface where he’s told “you should NEVER leave this place”.

When you put that into perspective, it’s easy to see why he lacks confidence. 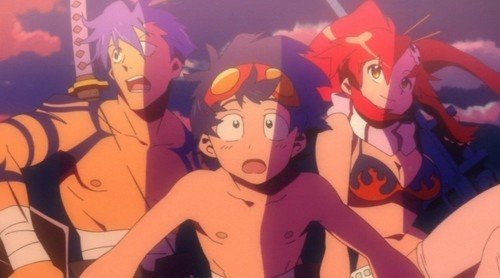 Later he gains confidence thanks to Kamina, the main character. But one thing that sticks with Simon… is his gentle personality.

Usually, “violence” is the last thing on his mind. He’s the type to find a more practical way to solve problems.

Even if it means dealing with someone who’s threatening his life or those he cares about. 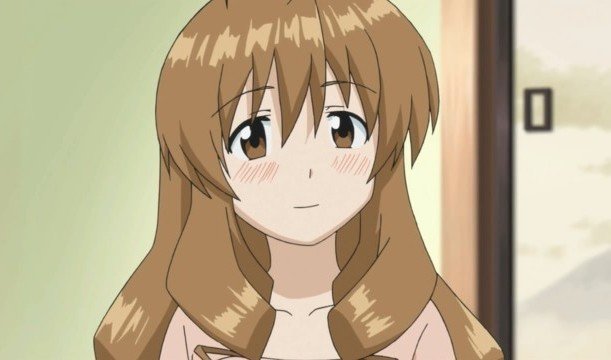 Ayumi is a hardcore introvert, and I doubt there’s anyone more introverted than this girl.

In the beginning of Squid Girl, she lacks confidence and tends to “stay away” from large crowds. Which means the beach in Squid Girl.

But her stand-out trait is how naturally gentle she is.

Ayumi’s so gentle, there’s an “innocence” to her personality. The type who’s so kind, you couldn’t even think of doing any harm to her. Or causing any trouble. 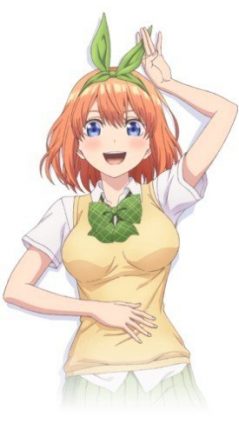 Yotsuba is one of the main characters in 2019 : The Five Wedded Brides.

Out of all her Quintuplet sisters, she’s the most jolly, energetic and out-going. And probably the only character who’s on the same page as Futaro (their teacher). 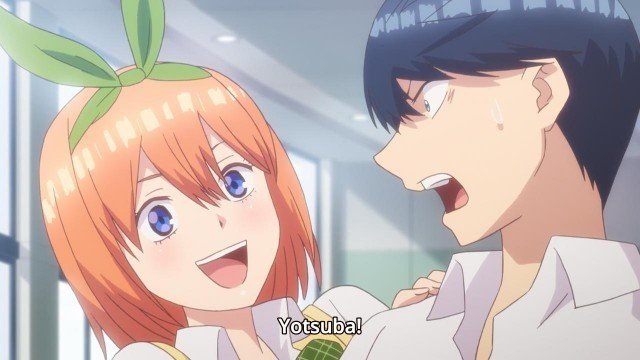 That said – she’s one of the worst in terms of academics, but she makes up for it with a positive, optimistic attitude. And a gentle touch that makes her easy to work and get along with. 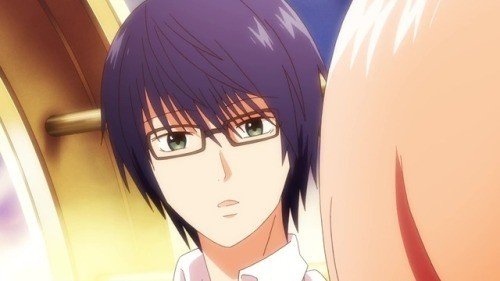 This guy’s too nice for his own good. Seeing as in the , he’s bullied for his differences. Plus he never does anything about it, making him a prime target since he’s too kind to fight back.

But love changes him. 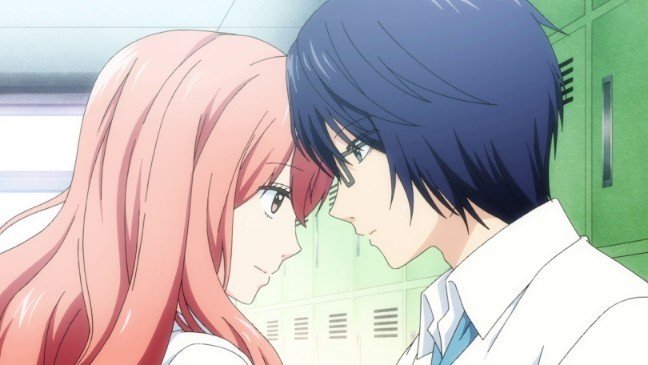 The moment he falls for someone and starts building a relationship, Tsutsui becomes a new person. The kind of person who’s willing to fight back, even if he’s at a disadvantage.

All in the name of love! (cliche, right?)

Either way – there’s a lot to take from his gentle nature AND role in 3D Kanojo.

Related: 19 Anime Shows With Some Of The Most Memorable Characters 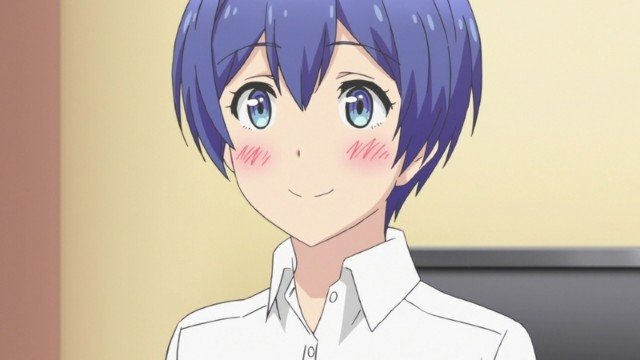 Michiru gets nervous at the drop of a phone. And freaks out over the smallest things at times.

But like plenty of characters from the same, relaxing series, Michiru’s a gentle young with enough ambition to burst through the moon and reach the stars.

She has an “all around” personality that anyone can connect with. 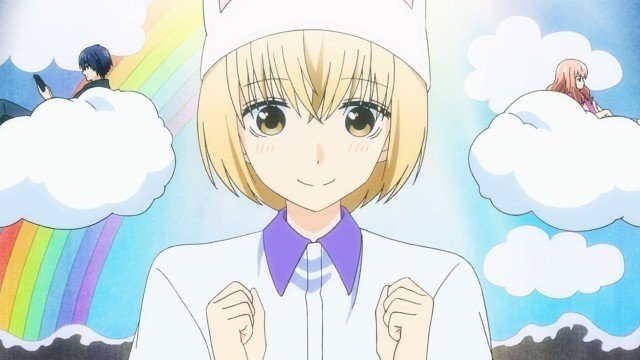 Yuuto Itou is even worse than his best friend: Tsutsui for his kind, gentle personality.

In the real world that’s both a good thing and a bad thing.

It’s a bad thing if you never set boundaries for yourself. But a great thing because it’s easy to make and keep friends.

You get to see both versions of this play out in the : 3D Kanojo, based on Itou’s personality, role and experiences. 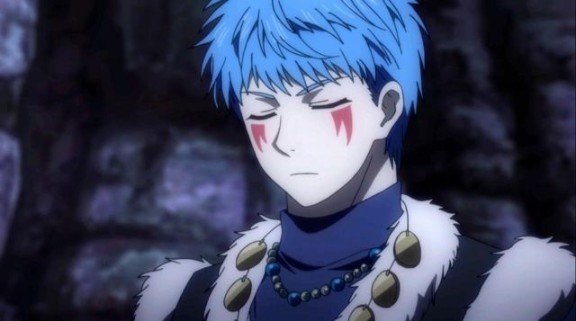 Shin-Ah is one of the few dragons to have a “tragic” past. Where he experiences first hand what it’s like to feel different, and be treated like an outcast for his differences.

At the heart of Shin-Ah’s character, is rage, anger and aggression. And rightly so.

But that’s only true because he’s forced into that predicament.

Later, and in general, he’s a gentle person. Capable of putting anyone at ease, in any situation. 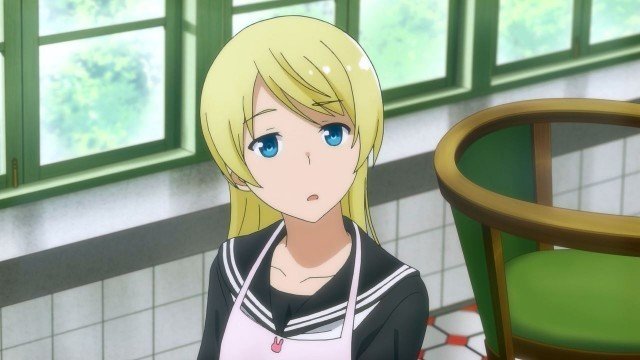 Being around Anzu Shiina is like putting your feet up at the beach on a tropical island.

In that moment, you’re able to relax away your problems, enjoy the fresh air, and take in the beauty of the scenery.

Without feeling anxious, worried or stressed. 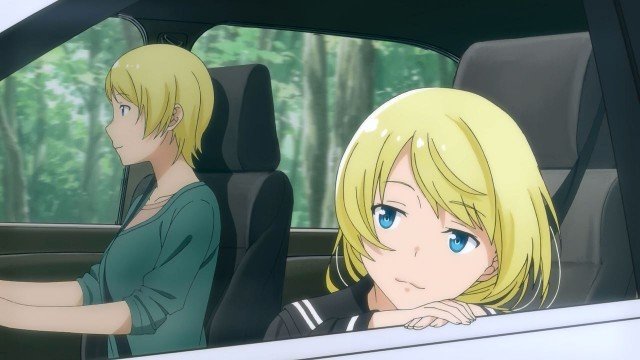 That’s how gentle Anzu is in general. And most of all – it’s so genuine it’s undeniable.

Relevant: 20 Of The Calmest Anime Characters 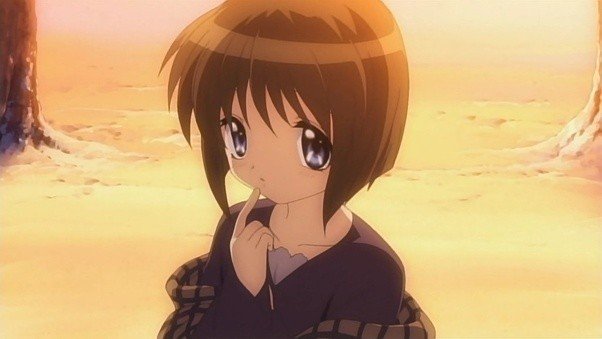 Maybe Shiori is gentle because of her condition, or maybe that’s just how she is.

Either way, she’s the most gentle and kind character in the Kanon series. With an innocence that almost makes you sad, making you want to do everything in your power to “help out” when you’re able. 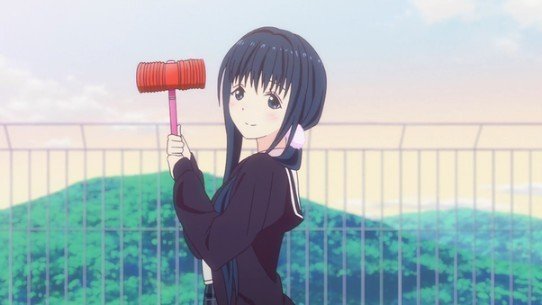 Tami is the kind of person who’s so gentle and calm, that it would drive a pessimistic person out of their mind.

She doesn’t budge, no matter how negative a person is, or how “difficult” a challenge might be.

This is demonstrated when her best friend: Machi, starts being a nuisance. But it only makes Tami more stubborn and persistent, without losing her cool. 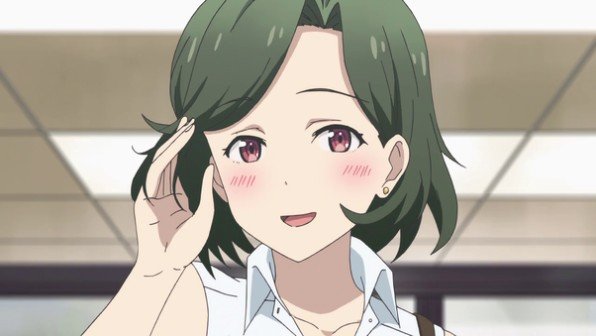 Kae’s the oldest character on this list (27 years old). Who almost never loses her temper, gets mad, or could ever feel hatred for another person.

She’s too gentle for that. But also: this is kind of set up that way, so it makes sense. 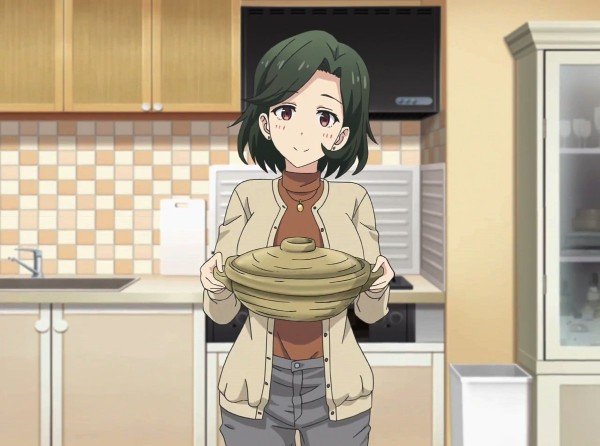 She likes to show off her “gentle” side by whipping up good meals for everyone. Or helping out in other ways when she’s able. 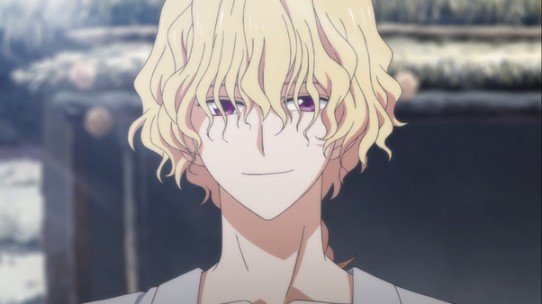 This guy is so gentle and kind it’s just ridiculous.

It’s a “tiny” spoiler but before the timeline in the , he tells the story of him going around from village to village, looking for people to help in need.

He even does it despite some people taking advantage of him.

And what does he do in response? Nothing.

He’s as gentle, kind and forgiving as ever. Never losing his temper or blaming others for his actions. 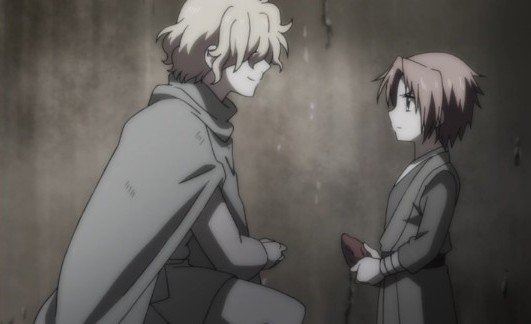 You could call it naive, stupid or insane. But depending on what angle you look at his personality from, you could also say his “gentle” nature is the reason he’s so likable and positive.

That’s why he’s able to lift up the spirits of anyone, and why it’s pretty much impossible to genuinely hate this guy. 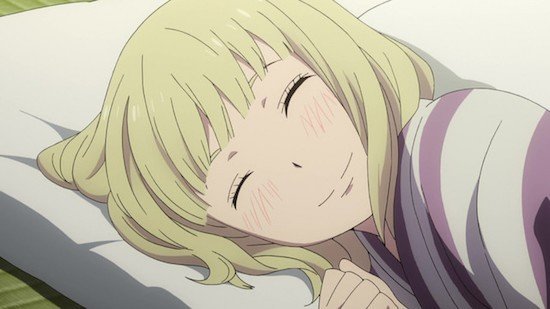 The best way to describe Shiemi is: she’s the more “useful” version of any “damsel in distress” character you can think of.

She’s not gentle for gentle’s sake. But even so, she’s useful alongside other characters in Blue Exorcist when a fight breaks out, or sh** gets real (as it does in Shounen ). 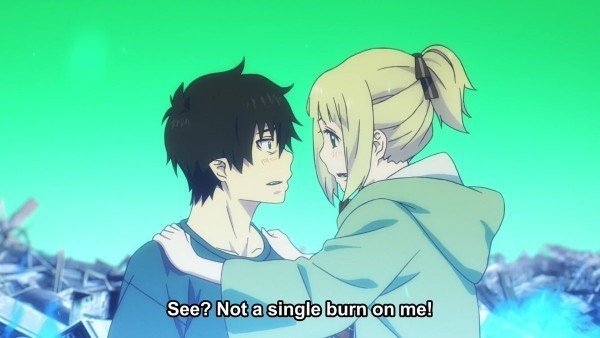 It’s almost criminal how kind she is, and that’s part of her charm. 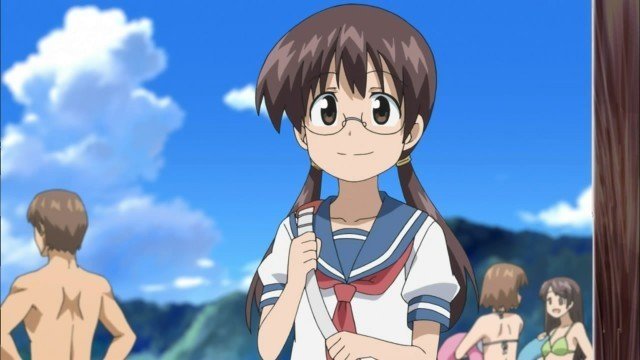 Kiyomi’s the “less introverted” version of Ayumi from Squid Girl.

Unlike Ayumi, Kiyomi is better with people, knows how to communicate, and lives her life on a schedule to stay focused throughout the day. 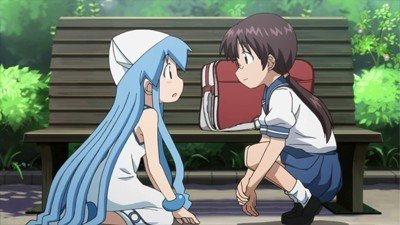 There’s something to learn from her productive habits, but most of all: she’s gentle calm-natured.

Always thoughtful of others, instead of getting wrapped up in her selfish needs. 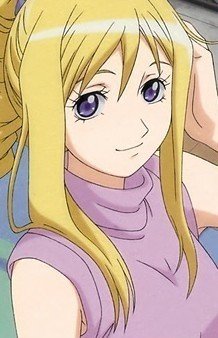 Alicia’s kindness blows me away, every time I watch Aria The Animation.

And it’s not like these types of people don’t exist, or it’s unrealistic to see someone with this personality.

Because it’s not unrealistic. That’s the thing that’s so nice about it, not to mention the itself. 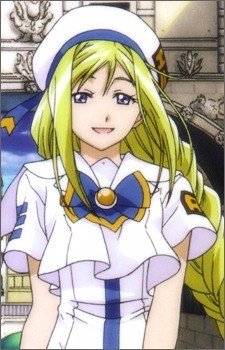 Alicia’s signature phrase: “my , my, my” is always a good laugh.

Relevant: Slice Of Life Anime You Need To Consider 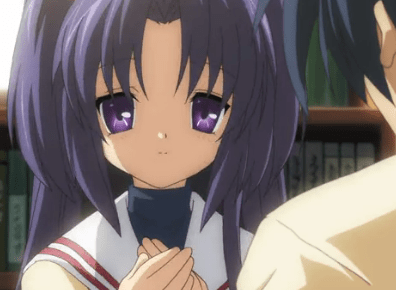 And then there’s Kotomi Ichinose. The girl who shoves her head into books 24/7. Thinking only about developing and improving her skill-sets.

This quote sums it up: 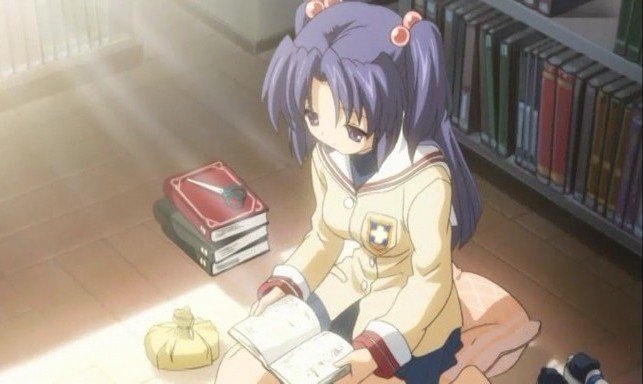 Like a true introvert, Kotomi enjoys being by herself. Learning, studying, and getting the most of her “alone” time.

But when around others, she’s thoughtful, kind and has a gentle touch that makes her personality magnetic.