Once in a while, you’ll come across an film or series adapted from a Japanese . Or which is even rarer, a proper novel in the Western sense of the word.

The quality is the same. In fact, there are some proper masterpieces among them – so it’s not a matter of quality, only frequency.

In order to give credit where credit is due, we’ve decided to bring you a list of the 20 films and series based on light novels.

Not to mention Western novels for you to enjoy.

This long-running adaptation of the Monogatari series by Isio Nisin is a perfect start for our list.

It’s a very interesting blend of a lot that has to offer.

Monogatari is also complex but something we certainly recommend.

Based on the series by Ryohgo Narita, Durarara!! is an action-packed adaptation of a series.

It focuses on a courier for the criminal underground, who gets drawn into a chaotic set of events that unfolds around him. 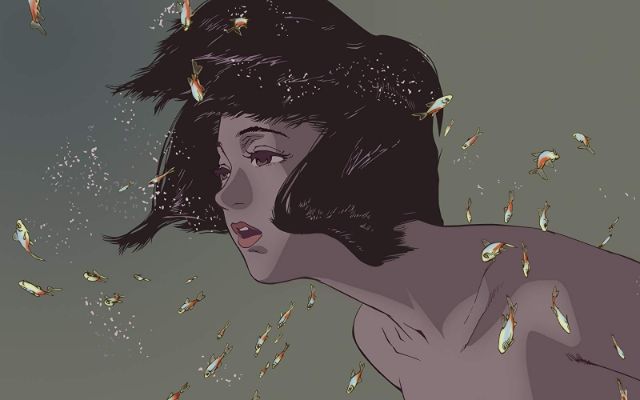 Adapted from a novel by Yoshikazu Takeuchi, Perfect Blue is one of the most important feature-length adaptations in history.

This psychological thriller is about an Idol group musician dealing with a gruesome reality.

Crime and murder surrounds her, and she’s being stalked.

It’s both intriguing and challenging, which is why it is on our list. 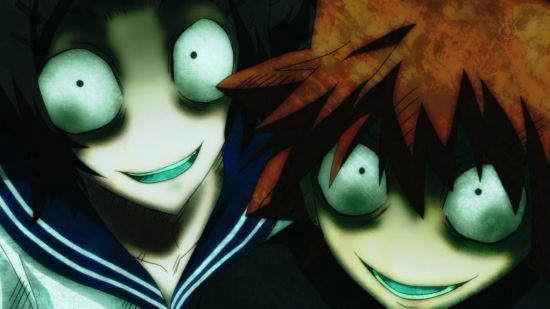 Fuyumi Ono’s horror novel series both creeped us out and captured our attention.

The adaptation was convincing and faithful to the source material, which is why it still haunts us from time to time.

It would be wrong not to include it. 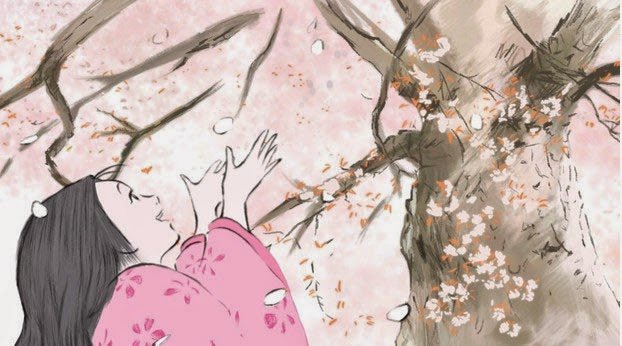 An adaptation of the classic Tale of the Bamboo Cutter, Ghibli’s 2013 animated film is directed by Isao Takahara.

It’s a visual masterpiece with a lovely story that can serve as a nice introduction to Japanese folklore.

In that aspect, it absolutely deserves a place on our list. 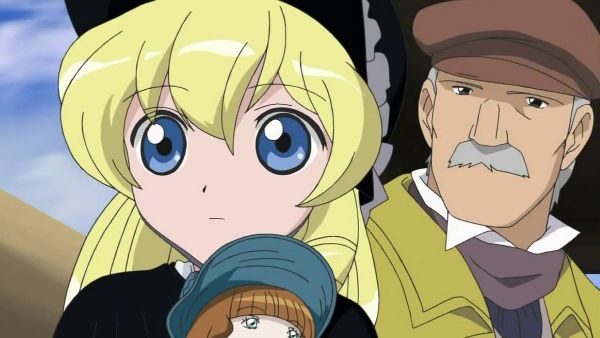 This 52-episode series is actually an adaptation of Victor Hugo’s two-part novel of the same name,

This one focuses on the character of Cosette.

With a great story and amazing visuals, it is certainly one of the best and most interesting titles on our list.

In a futuristic world, a young prostitute called Rune Balot is first taken in and then abandoned by the notorious gambler Shell Septinos.

They then tries to kill her.

After being saved, Rune is transformed into a cyborg and then has to fight against Shell and his men, who constantly try to kill her.

Tow Ubukata’s serial novel series is considered to be a classic and that is why we listed it here. 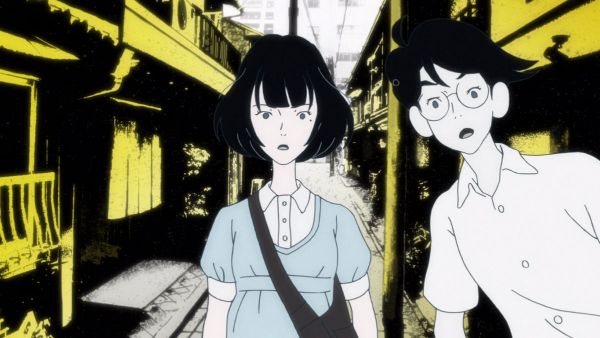 Tomihiko Morimi’s campus novels are about the misadventures of the narrator’s previous years of campus life.

Each of the four chapters takes place in parallel universes in which he’s enrolled in a different university society.

It became very popular, which is why it received an adaptation.

In our opinion, its visuals are the show’s absolutely strongest point. 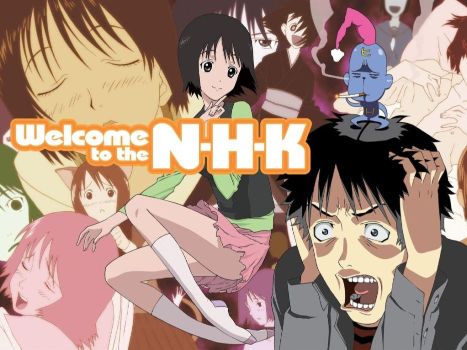 This slice of life anime series was based on a 2002 novel written by Tatsuhiko Takimoto.

It analyzes the so-called hikikomori phenomenon that is relatively common in Japan and which actually includes complete, hermit-like social reclusion.

Dealing with difficult topics, it analyzes them through the eyes of a 22-year old hikikomori and a strange girl that seems to know everything about him.

This is despite the girl never having met him before.

This is based on a classic of Western adventure literature, Alexandre Dumas’ The Count of Monte Cristo.

Gankutsuō: The Count of Monte Cristo is one of the most visually intriguing and narratively entertaining you’ll encounter.

Although it’s not a mainstream title, this adaptation effectively combines the aesthetics of Japanese animation and the specifics of Western literature.

Relevant: 15+ Of The Best European Anime Characters You Should Know 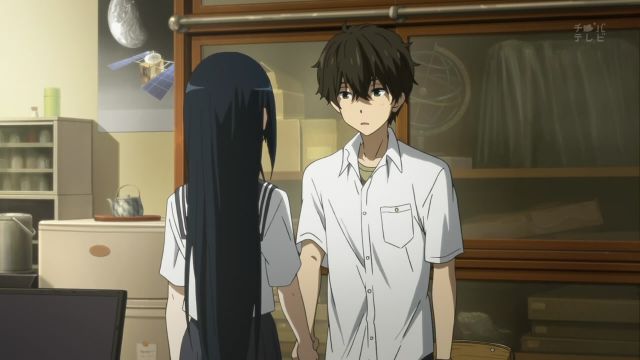 Based on the mystery novels by Honobu Yonezawa, Hyouka is a brilliant and interesting piece that is sure to captivate you.

It follows a group of high school students who begin to solve mysteries in order to stop the abolishment of their High School’s Classic Literature Club. 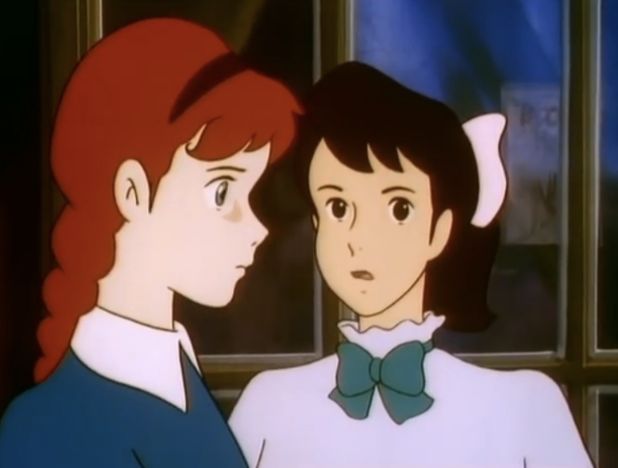 This is an old classic of Japanese animation, whose 50 episodes aired back in 1979.

It tells the story of Anne Shirley, a young orphan who accidentally comes to the Cuthbert family only to become an irreplaceable member of the family.

The series was based on the literary classic written by Maud Montgomery. 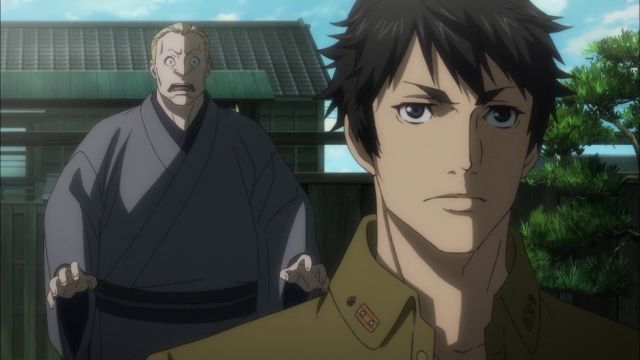 Koji Yanagi wrote the novel series that inspired this 12-episode series from 2016. It also has two OVA episodes.

This is a historical series with a lot of political elements that tell the story of the D-Agency, an intelligence agency formed in Japan just after World War II.

It’s formed as an attempt to keep up with the movements in other countries of the time.

Joker Game is today held in high regard among critics and fans alike. 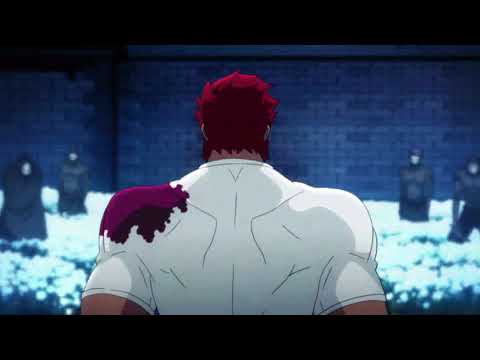 Although a well-known name in the world of , Gen Urobuchi is, here at least, credited as the author of the series that inspired Fate/Zero.

It’s a well known series to this day.

This story is set during the Fourth Holy Grail War where the Masters summon Servants to fight in a deadly battle royale.

The story’s protagonist, Kiritsugu Emiya, a merciless mage killer, joins the tournament on behalf of his wife’s family: the Einzberns.

Read: 72+ Classic Fate Zero Quotes That Will Make You Think About Life

As far as Overlord anime is concerned, there aren’t many series that became enormously popular with tons of people in such a short time.

Based on a series of novels written by Kugane Maruyama, Overlord is based on the world of video gaming (an MMORPG is involved).

It partly explains why it attracted such a large fandom in such a short time. 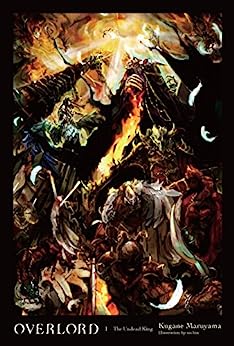 Overlord, Vol. 1 (light novel): The Undead King Buy on Amazon
We earn a commission from Amazon & other affiliates if you make a purchase at no additional cost to you.

Sword Art Online is one of the most popular recent adaptations out there.

It’s based on a series of novels and light novels written by Reki Kawahara. The protagonists are Kazuto “Kirito” Kirigaya and Asuna Yuuki.

The plot follows them as they play through various virtual reality MMORPG worlds.

Read: Why Sword Art Online Alicization Is So Good (And Probably The Best SAO Season)

Based on a series of novels written by Yoshiki Tanaka, Legend of the Galactic Heroes has become a sci-fi classic in the world of .

It’s akin to Star Wars or Star Trek, depending on which fandom you’re a member of.

The story of the series focuses on the exploits of rivals Reinhard von Lohengramm and Yang Wen-li, as they rise to power and fame in the Galactic Empire and the Free Planets Alliance respectively.

The series has since achieved cult status. 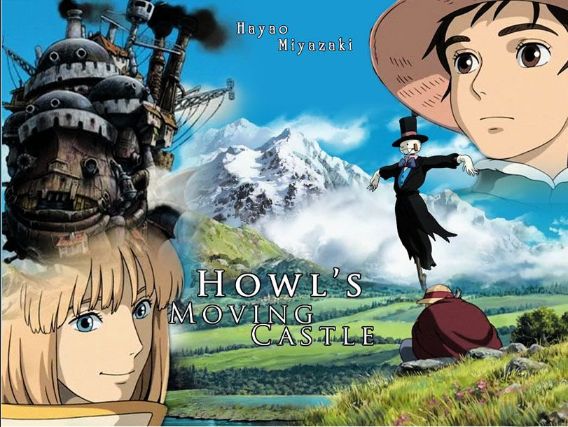 Howl’s Moving Castle is one of Hayao Miyazaki’s best and most famous works.

This fantastic story about a girl named Sophie who makes hats and sells them.

She’s turned into an old woman by a witch who enters her shop and curses her.

Sophie’s encounter with a wizard named Howl, after which she gets caught up in his resistance to fighting for the king, is absolutely amazing and among the best that Studio Ghibli has produced.

It was based on the British novel Howl’s Moving Castle, written by Diana Wynne Jones.

From the New World takes its name from Antonín Dvořák’s Symphony no. 9 of the same name.

It’s a dystopian mystery about a future world inhabited by humans and strange, animal-like beings.

The novel was written by Yusuke Kishi.

From the New World is a truly melancholic dystopian mystery that will captivate your hearts and your imagination from the start. 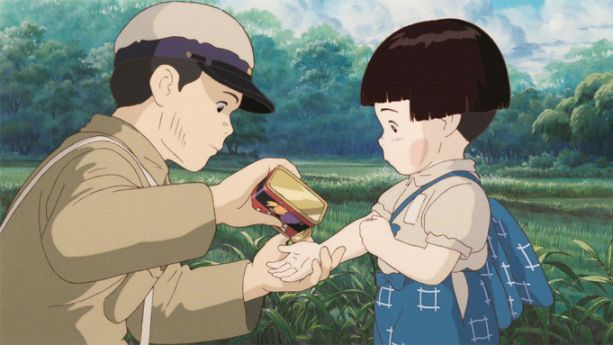 In 1967, Akiyuki Nosaka wrote a short story titled “Grave of the Fireflies”.

In 1988, Studio Ghibli, under the direction of Isao Takahata, adapted the story into one of the best and most important films.

This war tragedy is a film that will, in absolutely every way, break your heart.

In our opinion it’s the best adaptation of its type, which is why it’s on top of this list.

We expand your horizons of fiction through movies, series, books, games, anime and comics! Over at fictionhorizon.com