Quintessential Quintuplets, also known as “The Five Wedded Brides” has proven popular in 2019.

It’s an about Fuutarou, a dedicated student who gets a job tutoring 5 quintuplets for financial reasons.

Even I’m interested in the , despite not being sure whether it was worth watching all the way. But there is a certain charm to its characters and the theme that surrounds them. 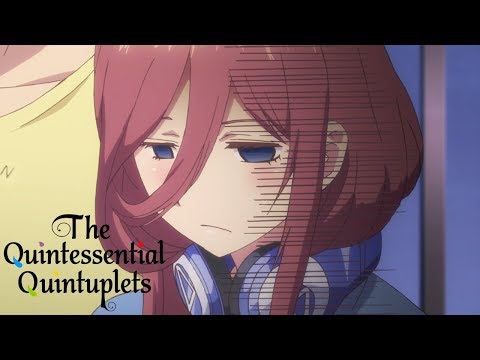 It’s not what I’d call “a masterpiece” of an series. But it doesn’t need to be. It’s well worth it no matter how you slice it.

With that said, let’s talk about: 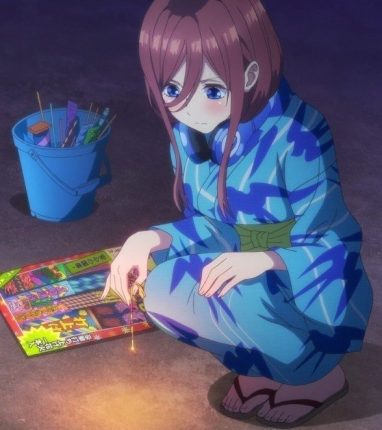 Miku Nakano seems to be a favorite among the main characters. As for me – I think she’s my #1 favorite in the so far.

She’s clearly grown, happens to be the nicest of all the characters, while probably being the shyest and most “indifferent” of all 5 sisters. 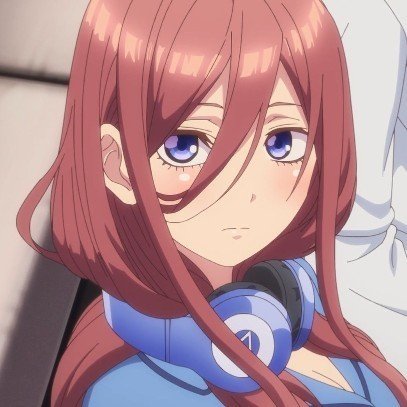 Miku Nakano is one of those people who most judge as “hard to figure out”, because unless you have a connection with her, you’ll have no idea what she’s thinking. Or whether she cares at all.

And we can’t forget just how and heart warming Miku’s expressions (and moments) are in Quintessential Quintuplets! 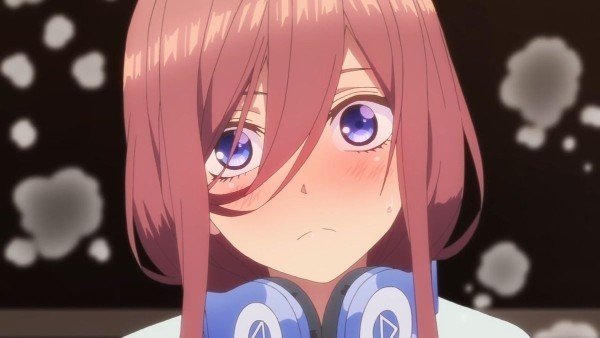 Her “headphones” help her stand out as far as design and noticeable differences go, so that’s a bonus. 😉 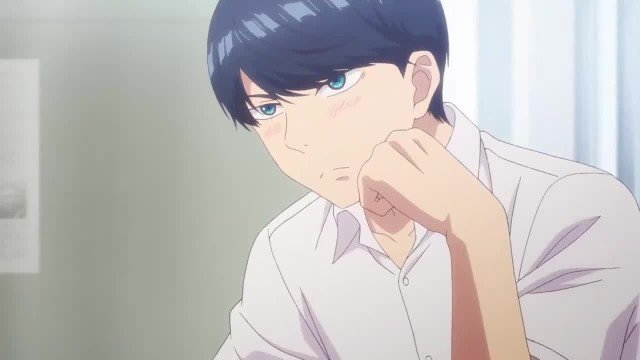 Fuutarou is naturally the “main” face of the series. After all – he’s tutoring (or supposed to be) 5 quintuplets. Most of which are lazy and incompetent in the beginning.

And 2 in particular who are more stubborn than every other sister (I’m talking about Nino and Itsuki). 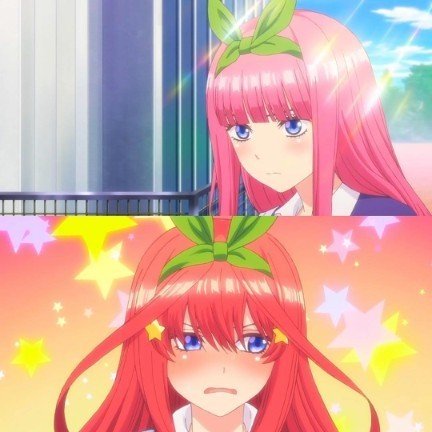 At first I didn’t know what to make of Uesugi. His role was more of a comedy act than anything else in the first episode.

It seemed funny, but then afterwards I didn’t really think too much of him as a character.

But as the show makes progress, you start to see a more “uncomfortable” side to Uesugi’s character. Revealing insecurities and the deeper reasons of why he’s a teacher in the first place. 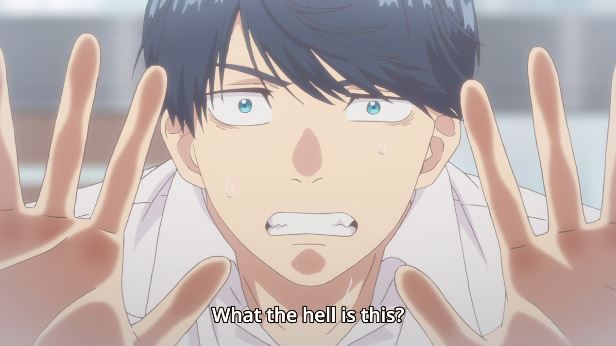 Witnessing how committed he is to making things work with ALL Quintuplets, despite Nino being such a little sh** at times, is a lesson in discipline and self control.

He’s a good character when all is said and done. 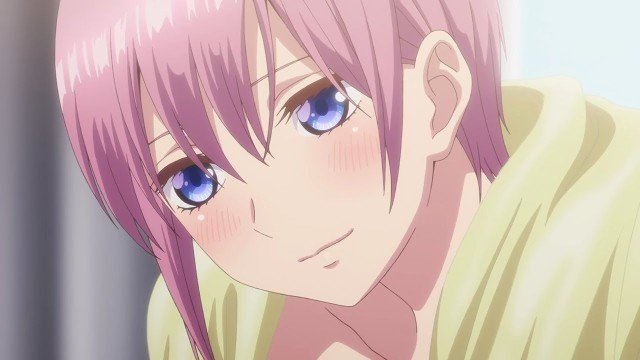 Ichika is a little devious, but with the best intentions. And can come across as sarcastic because she loves to tease Fuutarou so much.

But underneath her charm, jolly attitude and “big sister” role, Ichika’s one of the most insecure sisters of the group. 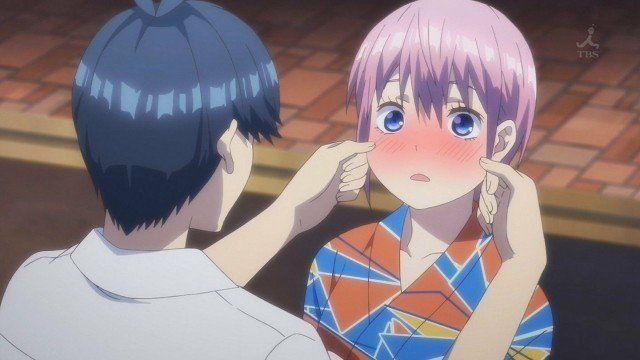 Seeing these insecurities play out later into the series, during the festival, gives Ichika’s character a little more depth. Adding a  meaningful shade to her typical jolly personality.

She’s able to blend into any environment, and shine no matter how nervous or anxious she’s really feeling on the inside.

I don’t think the would be nearly as fun without Ichika’s role in Quintessential Quintuplets.

Related: 20 Of The Calmest Anime Characters Who Never Get Too Stressed Out 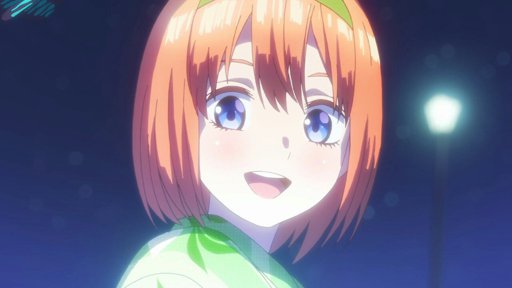 Yotsuba is the first girl to actually take Fuutarou seriously. And she’s never interfered or caused problems whenever he tries to get all 5 quintuplets together for study sessions.

I can think of Yotsuba as “the ray of sunshine” between all 5 sisters. A girl who’s too pure to tell lies, and never beats around the bush when expressing herself. 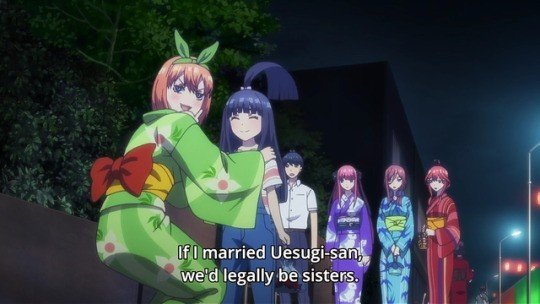 Yotsuba’s gentle touch makes her easy to get along with. Even with strangers. And if you ask me – she’s one of the more underrated characters in Quintessential Quintuplets!

Relevant:: 16 Anime Characters Who Are So Gentle 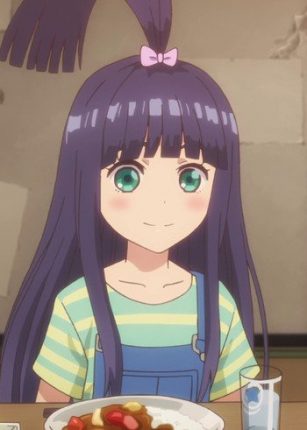 Raiha is the younger sister of Fuutarou Uesugi. And that’s really the only reason I’ve mentioned her.

Raiha’s biggest highlight is when Itsuki is invited over to Fuutarou’s house for food. And when she’s with all 5 quintuplets during the festival with Fuutarou. 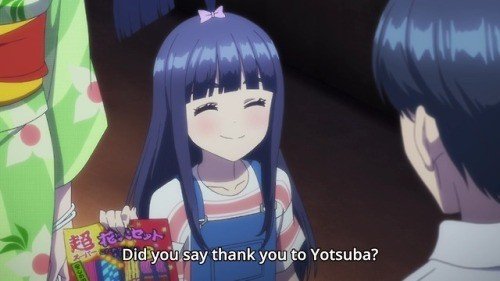 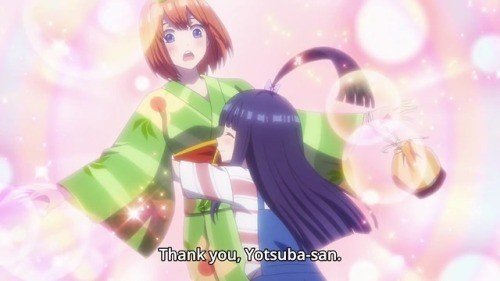 Raiha adds a bit of sunshine to the overall episodes and vibes whenever she gets screen time. 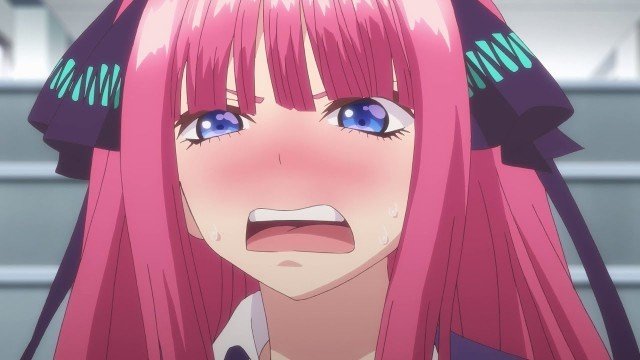 Some of you might be surprised by this choice. Why isn’t Nino Nakano at the VERY bottom of this list?

She’s a little sh** who’s too smug for her own good. You could even say she’s an a**hole..

But that’s why I think she’s interesting.

There’s a certain “charm” to her personality, it reminds me of Bakugo Katsuki.

Even though she’s the cry baby sister who complains about stupid things, and makes an effort to be a a b*** to Fuutarou whenever she gets the chance…

There’s a deeper reason to why she behaves this way. 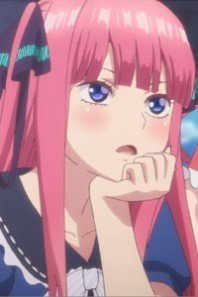 Nino is the most insecure of the group. But like a chameleon – she hides it so well you end up focusing on how annoying she is, instead of realizing what lies beneath her bad attitude.

Though there are some positive traits to her personality as well. Like how honest and direct she is, even if a little harsh.

That’s my reasoning for ranking her above Itsuki.

Relevant: 21 Of The Truest Anime Quotes About Life The last character I choose is Itsuki. Not because she’s awful or I hate Itsuki. But more because I don’t feel she stands out as much as the other sisters.

I can appreciate Itsuki’s insecurities, introversion, and even stubborn personality. But until I see more – that’s where I stand with Itsuki. 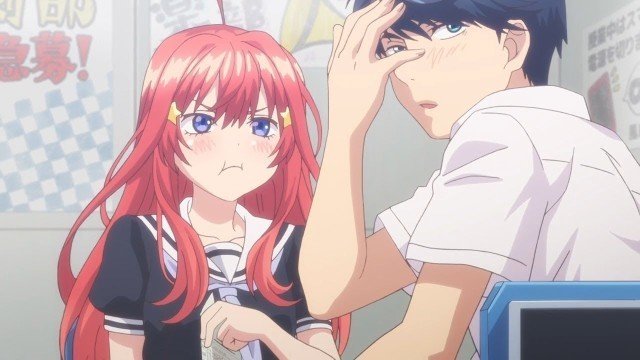 I might have thought differently if we based this opinion on the 1st episode or 2, but since then – I feel she’s dipped out the limelight a little. Compared to the other characters, at least.

But that’s just one man’s opinion on who the best characters are from Quintessential Quintuplets. 😉

I’ll just leave this GIF here to finish up the post:

Who are your favorite characters from Quintessential Quintuplets?

U clearly didn’t read the manga, Nino confessed first. Besides her character development is incredible, she grew to love Futaro a lot. She only acts like an ass hole because she’s a TSUNDERE however, it explains why she hates him in the manga. She sees Futaro as a pest and hates him but the fact that she grew to like him means so much to her. She was comfortable enough to weaken her unpenetrable wall covering her comfort zone and took him in as the man she loves.

us shit this rank miku sucks

I wish the MC would marry both Miku and Ichika cause in my opinion they are the best girl. They are consistent in both season of the anime. And fuck Nino!

YoU FUCKING SUCK AT RAting