No matter where you go on the internet, there’s someone talking sh*t about .

And so many other “reasons” for why is such a bad series.

It’s interesting because when you actually look at the facts, and shove opinions to the side, you have to wonder – why doesn’t the hate “add up”?

If it’s really so bad, then why is it one of the most successful shows of the LAST decade. Not to mention the most famous that makes far more than any anime within the same genre of “gaming”?

There’s a reason for that, and I’ll get into it now.

This Is Why Gets So Much Hate:

“The bandwagon effect is a phenomenon whereby the rate of uptake of beliefs, ideas, fads and trends increases the more that they have already been adopted by others.” – Wikipedia

You can argue about this all day, but the facts are there in black and white.

Most people, especially these days jump on the bandwagon because it’s “acceptable” to bash and hate on .

This is even more true for teenagers and the “younger” fans in the community.

The type who troll, are sensitive, and act on impulse.

SAO is one of the most influential and successful of all time. Like the movie: Ordinal Scale, which was “the biggest movie since Your Name”.

And the light novels (where the comes from) is killing it.

I say all that to say this: success breeds haters, but in ’s case: there are SO MANY haters since 2012 that it’s become “normal” to justify excuses just to hate on it.

An that’s become so successful like can’t be as bad as people say it is, otherwise how could it do so well in the first place?

Opinions are fine, but numbers don’t lie. Unlike people 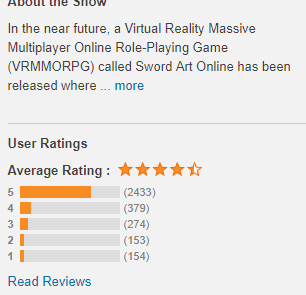 How does an gain so much popularity and get so much hate, if the ratings and reviews are AT LEAST:

Something isn’t adding up. The worst would at least be a 5/10 or lower on average.

In fact – NO has ever received a low rating close to that. Especially on the more “established” websites. 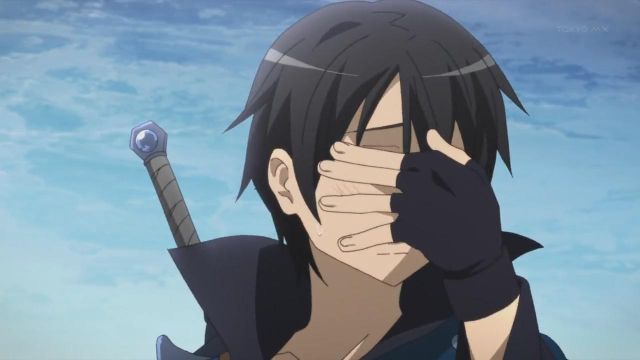 Remember how I mentioned a lot of haters are teenagers? Some are “young” adults, too. But the point is: it’s driven by ego.

I’ve met, seen and dealt with an infinite amount of trolls and fans who “hate” for no reason other than to make you feel bad, to make themselves feel better.

The type of fans who will say whatever to stroke their egos at the expense of your own happiness and self esteem.

If everyone is hating an like , and you’re sensitive and insecure, it’s no surprise why you’d go out of your way to make people “feel like losers” for watching an everyone hates.

Fighting back when it seems like the unconventional thing to do makes you a target, an enemy.

The backlash that comes from that isn’t worth it in most people’s eyes. So they avoid it out of fear.

That’s how it always works.

Conventional opinions will always attack the unconventional because it challenges the norm, and threatens traditional or so called “correct” ways of thinking.

Related: How The Anime Community Has Evolved Over The Years (For Better Or Worse)

3. It’s too popular for its own good 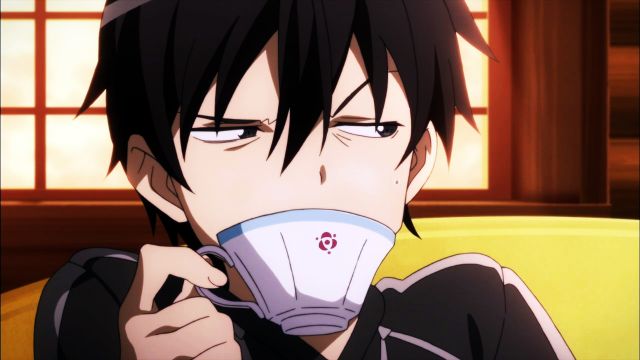 When you combine the ridiculous amounts of hate for (most of which is exaggerated), and then add popularity to the equation, this is what you end up with.

You can’t go anywhere in the community and NOT have someone talk sh*t and hate on .

It’s so normal to hate on , publicly, that you’re almost “wrong” or insane to even try defending it.

That’s how sensitive and bias people have gotten over the topic of and whether it’s “good” or not.

is in the millions and millions of views, no matter where you look on the internet.

The ratings aren’t bad (there’s MUCH worse), and the sales, which matters, makes most laughable in comparison.

But that won’t change people’s “dead set” opinions on why doesn’t deserve the light of day.

And why you must be deranged or stupid for thinking is actually worth watching and enjoying.

The “hate” is exaggerated

So many people wouldn’t something they hate. I mean – if you genuinely hate something, it’s illogical to then go out and it. Or even support it.

And yet the sales figures don’t lie. Neither does the overall success of the series.

I’ll be the first to say it’s not my “best of all time”. Especially not in my top 10 or 20. But to say it’s as bad as Dog & Scissors, or the equivalent is nothing but a “follow the leader” type of mentality.

It’s a little sheepish, and I’m tired of seeing it at this point.

You don’t have to like it, but I’m speaking of everyone else who’s hating for the sake of it.

13 Anime Shows That Are IMPOSSIBLE To Hate (And Reasons Why)