The word “woke” (just like the word feminism) started out positive. It had good intentions.

The original definition is about focusing on important issues about race and social justice. Created by Black Americans.

The loud minority in the USA, especially in the last decade made the word to mean something else.

And kissing the feet of the entitled who take the law into their hands on Twitter and the Internet.

Not to mention criticizing anyone who calls out the BS.

The industry has become a target 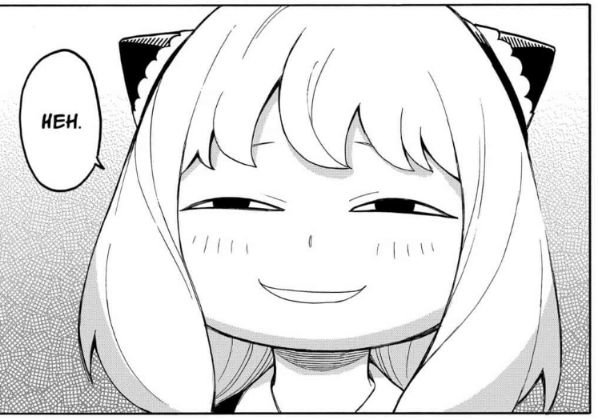 More so in the last 5 years or so, the industry has become a target for this “woke” foolishness.

You can already guess that a lot of this started on Twitter. The hotbed for negativity, SJW’S and cancel culture.

Whenever an airs that doesn’t:

Woke Twitter and “woke” websites come out the wood works and start dishing out criticism.

Usually in fear of being targeted by the same loud minority, so they side with them and give em a platform.

Examples of “woke” attacking the community:

This article is what sparked my tweet. It annoys me for multiple reasons.

1. I don’t understand why anyone would judge what others are into when they’re not hurting anyone

2. The whole “male gaze” bs. Do they know some women watch too…? pic.twitter.com/mJfMg2iJ79

Projekt Melody made headlines in February 2020. It all sparked from controversy on Twitch.

Who is Projekt Melody anyway?

She’s a virtual live streamer so a lot of “real” cam girls feel threatened by the attention she’s getting.

Cam girls who do the same thing feel challenged. After all – Projekt Melody went viral and gained a mass following in NO time at all.

She talks to viewers, interacts, and does it all without the cliche “showing her naked bits” every second of the live stream.

She feels real to people. And that’s why she’s successful. 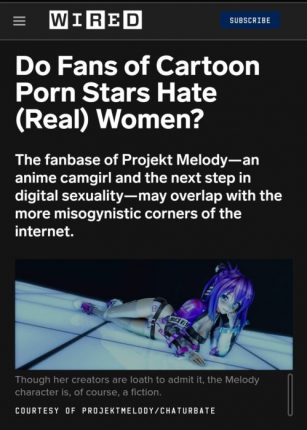 It didn’t take long for sites like WIRED to step in and start attacking fans and people interested in this 3D girl.

Their article even starts with:

“The fanbase of Projekt Melody – an girl and the next step in digital sexuality – may overlap with the more misogynistic corners of the internet.” – WIRED

“Misogynistic” is a frequent word used by woke culture to attack fandoms like . Even if it’s misused since being misogynistic means you hate women, not celebrate them.

The onslaught vanished in over a month or so, and the community threw the controversy in the bin and left it there.

It’s funny how Feminist’s literally cancelled Uzaki-chan b/c of a bloodrive. And now shes back better than ever & also getting an pic.twitter.com/TqkdLStdu0

Earlier in 2020, Uzaki Chan caused controversy…. on TWITTER of course. And radical feminists came running out at full speed.

This drama started in late 2019 and in January, the blood-drive donation promoted by Uzaki Chan was almost ruined by cancel culture.

Or “woke” culture as we call it.

As you can already guess that failed too. And the anime is getting a new adaptation July 10th 2020.

1. Japan won’t stand for it

Japanese people getting justifiably angry at westerners is my favorite thing on this site https://t.co/YHf5eaI9fQ

In 2020 more than ever other year, Japan is tightening down and starting to crack down on woke culture in the US.

And the loud minority who wanna “cancel” and control ‘s content.

This year in May, CBR went on a #metoo rant about Shield Hero, an made back in January 2019.

Japanese Twitter went ballistic and called them out on their BS.

Even comments on CBR’S article show their own readers aren’t standing for it (In the dozens as well).

2. Japan is in full control 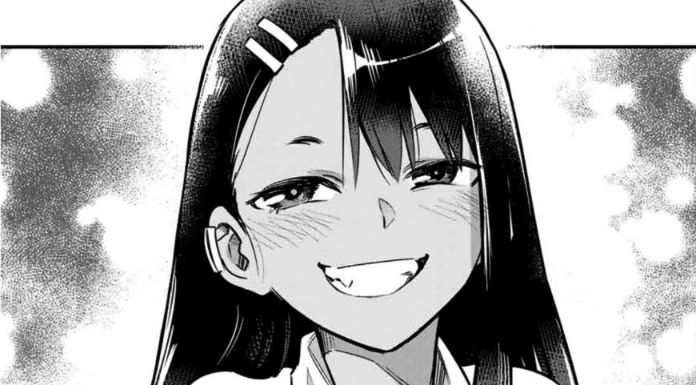 Japan being in full control is no surprise. is from Japan, has stayed in Japan, and will never leave the homeland.

The majority of business is done in Japan. Even if a lot happens overseas.

This is the aggravating reason that the minority of people hoping to take down can’t stand.

Let’s take a (soon to be ) like Nagatoro to make a point. 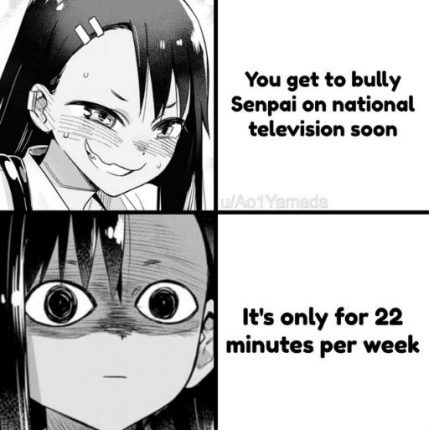 The concept of Nagatoro is a girl who “bully’s” her Senpai and gets on his nerves.

In reality it’s not actual bullying, it’s teasing. It’s a sign of affection and “Senpai” starts to notice it… No pun intended.

If this kind of aired in the US you can only imagine the outrage as tons of the minority take it out of context.

Studios and companies might avoid it because of the emphasis they’d put on the “bullying” aspect.

I say all that to say, these types of shows can only be adapted because it’s in Japan. And not the US.

Also – it’s another reason why woke culture can’t stop it no matter how loud they shout.

That takes me to my NEXT point…

The beauty of the Japanese industry is the LACK of political correctness. And a lack of sugarcoating in their content.

Sugarcoating is the equivalent of catering to the FEW at the expense of the many.

And pandering is trying to make everyone agree with you at the expense of honesty and real art.

does neither of those things. And that’s why the art form is so accepted by a global audience of fans.

It’s the reason why shows like Shimoneta can exist.

Or better yet: A Boring World Where The Concept Of Dirty Jokes Doesn’t Exist. 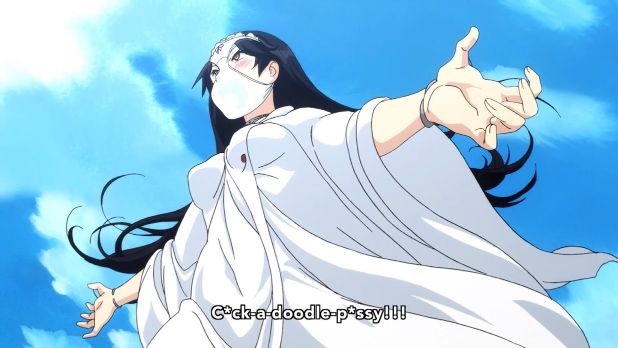 This anime feels like it’s mocking SJW culture because the plot is based on a politically correct society where “dirty” words lands you in a jail cell.

But back to the point.

The way has been designed by the Japanese is so it has:

And so the art form (and Japanese media in general) can be expressed to the fullest… Without being watered down.

Or in other words: so it can be created the way creators intended it to be. Regardless of content.

“Woke” culture in the US can’t stand it but they can’t do anything about it either. Japan owns and woke culture will never infect it as a result.

And western media, but that can and will never happen with .

That’s for the best.

My Hero Academia’s Fascist Because Bakugo Shares Birthday With Hitler?