Anime is entertainment at its core. No different to TV shows, films, movies, soaps, or so called reality TV.

Anime in particular though is able to go well beyond entertainment and bring education and inspiration to the mix.

Self confidence is one of those aspects, and even a common aspect depending on:

And even more, no matter how blatant or subtle the anime writers try to make it.

Even if it’s only to a degree.

Here’s some examples of how anime can help with self confidence. 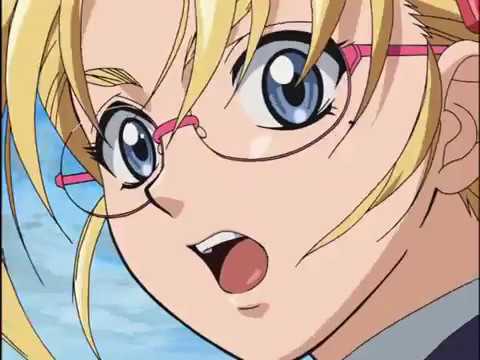 Kenichi The Mightiest Disciple is a solid anime to make my point.

And constantly made fun of. His bullies are relentless and don’t ever stop taking the piss out of him at Kenichi’s expense.

As you can imagine his self esteem and his self confidence are in the toilet. But in this Shonen series, Kenichi finds a way to overcome it by himself.

After being introduced to a martial artist who goes his school, she brings him back to her dojo where she lives. And he learns martial arts from the experts who live there. 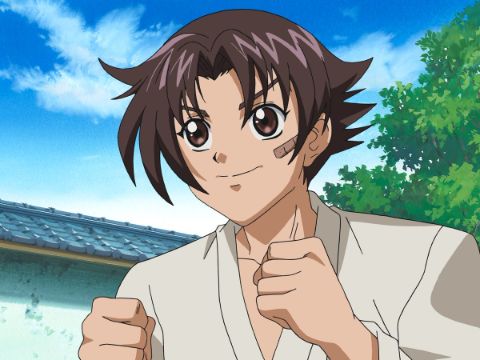 Kenichi becomes more confident in himself by becoming good at something. This is the first step to self confidence and is a lesson to be learned from the anime.

You don’t just end up confident for the sake of it. It happens when you realize there are things you’re good at doing, and capable of doing.

The more things you test and try, and then realize you’re good at and can do to a certain degree, the more your confidence will develop.

This is blatantly obvious in Kenichi’s personal journey as he becomes the kind of man he never thought he could be. And is able to stand up to his bullies.

2. Seeing characters who are already confident 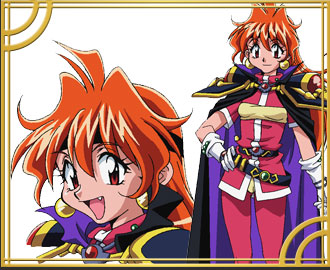 Sometimes it’s not about seeing the whole journey. All you need to see is how confident a character already is, in spite of how they ended up there.

I’ll use Lina Inverse as an example. She’s from the anime series called DBZ.

Lina is the type who likes to try new things, go on adventures, and experience the world.

She’s fearless about doing it (or things she wants to do in general).

While she has her flaws, there’s a lot to learn from her character. Especially her self confidence in particular. 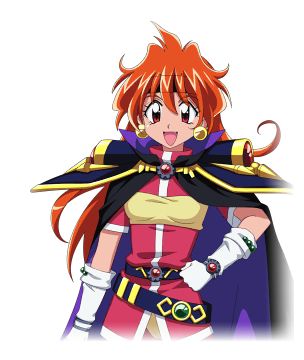 Doing these things builds self confidence, and that builds self esteem since it will make you feel good about yourself. And even proud of your accomplishments.

Lina Inverse a good representation of this. It’s what makes her a good protagonist and someone to learn from when it comes to confidence.

It’s not has hard as you think. Building it is easy once you get out of your head and into the real world.

3. Being able to relate and learn from characters with social anxiety 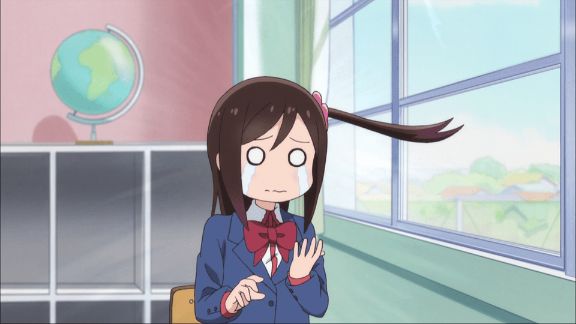 The only difference is the emotions the anime wants to get across, and how it wants to make you feel overall.

Hitoribocchi is one example of this. The main character Hitori has social anxiety and lacks confidence to an extreme.

It’s one reason why her friend wants her to try making friends by herself, which becomes a struggle.

The anime portrays Hitori’s social anxiety in a more comedic, setting. While still focusing on the seriousness of it in a subtle way.

In the end you get to:

And connect with Hitori as you watch her struggle with her social anxiety, lack of confidence, while slowly getting better with it overtime.

This can help people (or fans) build confidence or at least learn how to in subtle ways. 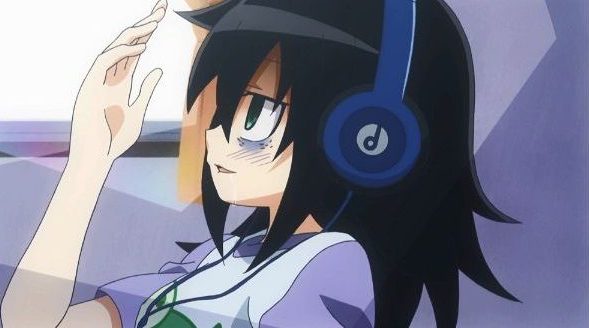 Then you have anime shows like It’s YOU Guys Fault I’m Not Popular.

This is like the opposite of Hitoribocchi, meaning it’s not .

Tomoko Kuroki, the MC, has social anxiety issues. It’s so bad that she’s depressed and she goes to the extreme to fix it.

Remember what I said before? Trying, taking action, and just doing the thing you’re afraid of helps you build self confidence.

Tomoko Kuroki, as much as she struggles, always tries her best, makes the effort, and is persistent. In a way, it helps her deal with the issue and somewhat improves it.

Being able to relate to it and connect with characters like this can make you reflect on your own life, yourself, and what you can do to make changes.

4. Learning from perfect characters who aren’t as perfect as they seem 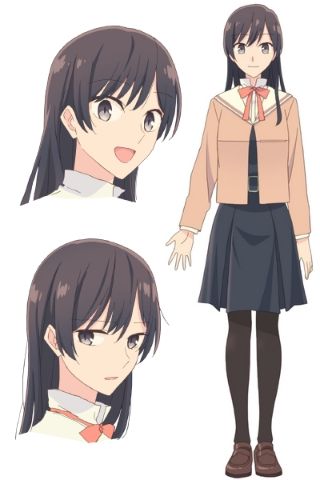 What do I mean by this? Well it’s just like real life. So many people put on an act to seem:

And a list of other things to make people think they’re something they’re not. Or to give people the impression they’re perfect in some way.

Bloom Into You is an anime that shows this side of things flawlessly. It’s a Yuri series.

Touko Nanami is a student council member. She’s seen as:

And basically every other thing that would make someone appear to be flawless and someone to be idolized.

This is the image Touko Nanami portrays to others in school.

But….. The truth is she has self esteem issues, lacks confidence in some areas, and is far from perfect. 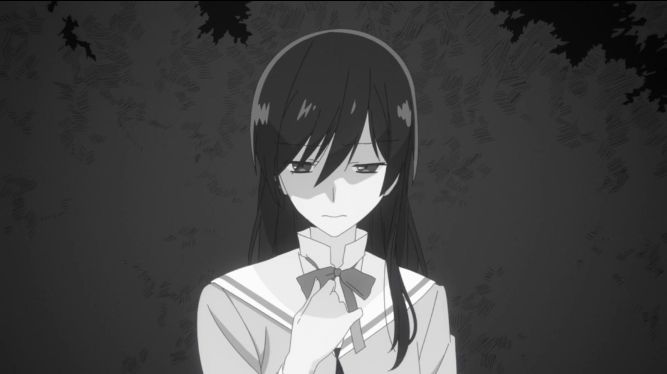 She never shows this side to others. She refuses. She thinks others will see her as weak, or as “less” than what she wants to be viewed as.

We see this vulnerable side of Touko when she confides in Yuu, the other female main character.

She’s the only one Touko trusts to this degree.

Not to mention by showing you how doing the opposite (being true to yourself), and being unapologetic about who you are will build your confidence and self esteem.

5. Seeing characters bounce back from their failures 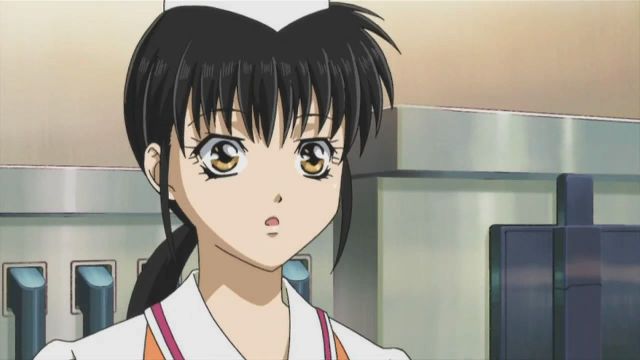 The character I’ll use for this point is Kyouko Mogami from Skip Beat! It’s a Shoujo series with a revenge theme (it’s not violent).

Kyouko all her life has lived to please others. To do whatever they expect of her. She was taught this behavior from her parents.

Nothing she did was ever good enough for anyone, and was always thrown back in her face at some point.

This is true for her boyfriend Sho who after Kyouko:

Sho then ditches Kyouko and dumps her, after he’s in a good enough position to get into show business (financially).

This experience crushes Kyouko financially and emotionally, but she rises from the dead and comes back stronger than ever.

She becomes more confident in herself, and is no longer the woman who takes abuse from others, and only lives to make others happy at her own expense.

She’s graceful about it, too. And doesn’t sink to the level of her ex boyfriend.

The anime is filled with life lessons relating to confidence, and is inspiring enough for you to take action and take it all to heart.

6. Seeing characters refuse to give up despite their disadvantages 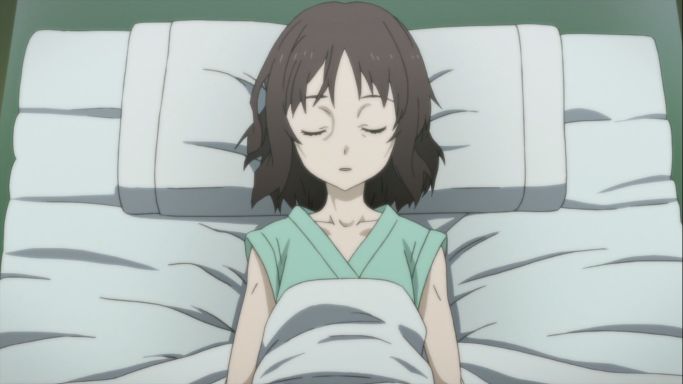 Yuuki Konno from is a solid example. She’s from the 2nd season of SAO during Mothers Rosario arc.

In this virtual reality series, characters spend most of their time playing VR when they’re not dealing with the real world.

Yuuki Konno, unlike others, is tied to a hospital bed because of a disease. She can’t even get out of bed.

In spite of this her fighting spirit is still intact. A small part of her that refuses to give up on the idea of happiness, even if it’s only temporary.

She achieves this by playing VR and creating her own character. A character that’s like an alter ego of sorts.

One that can live life normally but in a virtual world.

SAO has the kind of episodes during this arc that makes you realize your own privilege. And how you have nothing to complain about in the grand scheme of things.

It shows you that there’s no excuses if you’re healthy enough to do the things you want in life. Things that many can’t even try or attempt to do.

It’s in the sense that if they can do it, there’s no reason you can’t given the advantages you have in comparison (if any).

It’s a wake up call for your self confidence.

7. Seeing teenagers deal with and fight through depression 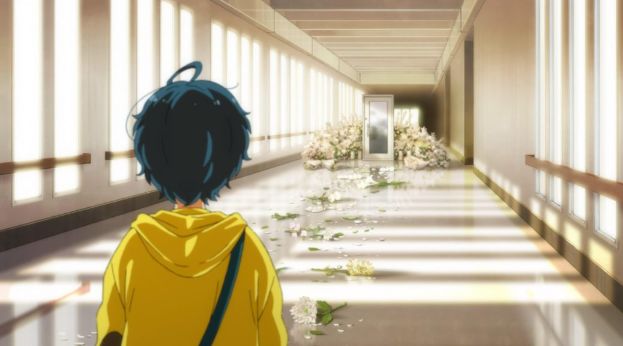 Wonder Egg Priority is the perfect anime example for this. The whole plot is built on this.

Ai Ohto, one of the main characters is depressed and it couldn’t be more obvious. She’s a teenager, just like the other characters.

She lost a good friend to suicide. Unsurprisingly, this makes Ai feel some type of way and she feels guilty.

That’s also true for their social anxiety in some cases.

In spite of all this, the anime DOES have positive elements to learn from as well. Like how each character has their moment of change.

They become more confident through the help of each other, and their self esteem builds up slowly overtime.

The best part is how realistic all of this is portrayed. You can put yourself in their shoes and their reactions and interactions are on point.

It feels like real people on a screen, as opposed to just anime characters trying to mirror realistic human behaviors.

It’s littered with self confidence lessons and points that can help anyone, especially teenagers who feel like they can’t share their problems with family.

Related: 16+ Anime With Suicide As A Plot Point Or The Main Theme 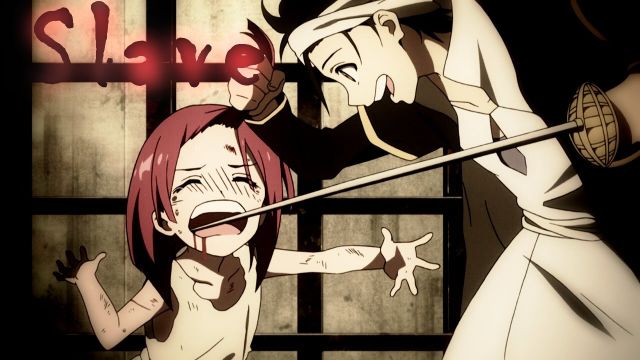 Morgiana from MAGI: Kingdom Of Magic is a great example, even if it’s an extreme example (it’s tragic after all).

She grows up a child slave because of her race. She’s from a race of warriors called the Fanalis. They’re physically strong.

And essentially has the concept of “freedom” beaten out of her brain. To the point where she doesn’t believe it’s a possibility anymore.

This is shown when Morgiana is freed the first time, but still believes she can’t be free despite having her chains broken, literally. 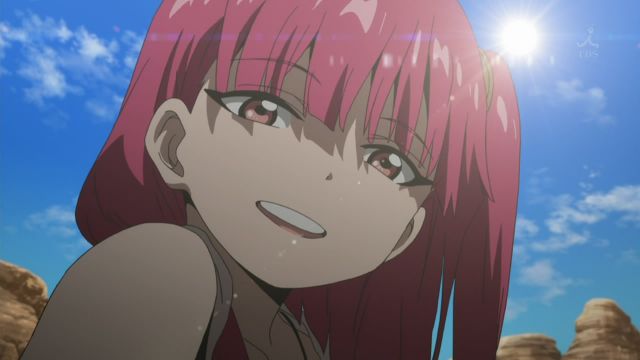 She eventually holds on to the thought of freedom and happiness, escapes her captives, and goes on to live a so called normal life.

Her self esteem is understandably bruised and battered, but step by step she recovers it. And slowly starts to accept herself instead of rejecting herself.

It’s a harsh lesson in pain, tragedy, and making something of yourself despite all the emotional trauma and baggage from an abusive childhood.

Even with all the racism she experiences, she still overcomes it (with help of course) and becomes stronger inside and out.

As you can see, there’s plenty of ways anime can help your self confidence. And more ways it can build your self esteem.

In the end it’s down to you. Only you can make the decision to take action and apply the lessons.

Anime is full of them.

The BEST Life Advice You Can Learn From 53 Anime Characters!

The 10 Most Educational Lessons You Can Learn By Watching Anime