They’re a studio known most for:

These are the common themes either across their catalogue, or when it comes to their most popular shows.

Here’s a list of worth talking about from Silver Link: 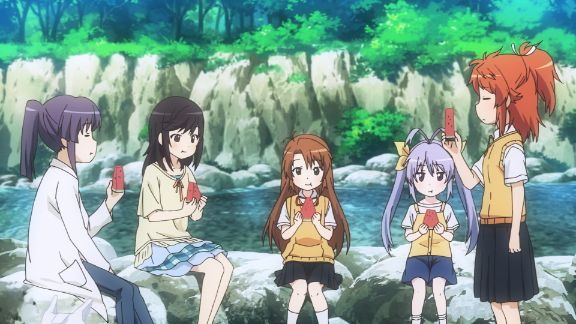 Non Non Biyori is a reflection of living life in the “sticks”. Far out from the city of Tokyo, or any major city regardless of the countryside you live in.

It’s obvious why an like this won’t show up in conversations too often:

But for anyone looking for a relaxing slice of life that doesn’t exaggerate themes, or rely on brainless fan service – it’s an made of gold.

You have 4 different main characters of all different ages. Each with their own blend of personality that keeps the comedy entertaining, and the laid back episodes mellow and chilled.

And the is special. It’s built to match the mellow, chill vibes of the countryside.

For fans of Asterisk War, or people who know of it – Rakudai Kishi no Cavalry came about first. And both have strong similarities (but with their own differences).

Rakudai Kishi no Cavalry is a romance fantasy series and it doesn’t try to hide it. You get to see it in the first few episodes.

Even though it has decent action and some violence, it’s gonna be an you’ll either love or hate. But it’s a well known show from Silver Link.

Mitsuboshi Colors reminds me of being a kid again. Where life seems so innocent, the world seems so big, and you get excited over every little thing that’s new to you.

That’s the type of Mitsuboshi Colors is.

The main characters – 3 little girls make it their duty to “protect peace in the city”.

What follows is some comedy, but mostly slice of life and silly episodes from the perspective of 3 happy girls and their adventures.

A simple that doesn’t try to be anything other than itself. 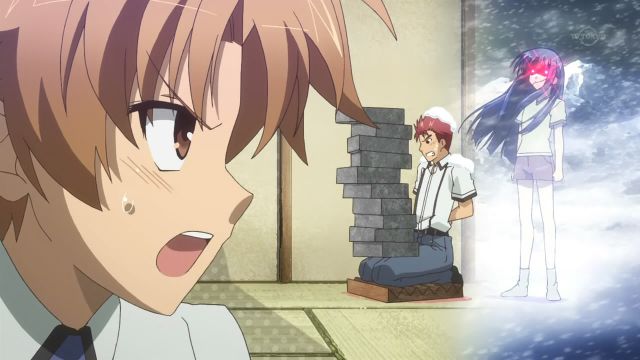 Baka To Test is an about climbing up the ranks, self improvement and succeeding. Dressed up in a school/superpower series with your typical romance and comedy.

It’s originally adapted from a series.

It’s own way it has similarities with:

And other shows you’ll recognize. But it stands out in its own way and gets respect from its niche followers in the community.

Related: ALL Of The Greatest Baka To Test Quotes Anime Fans Will Love! 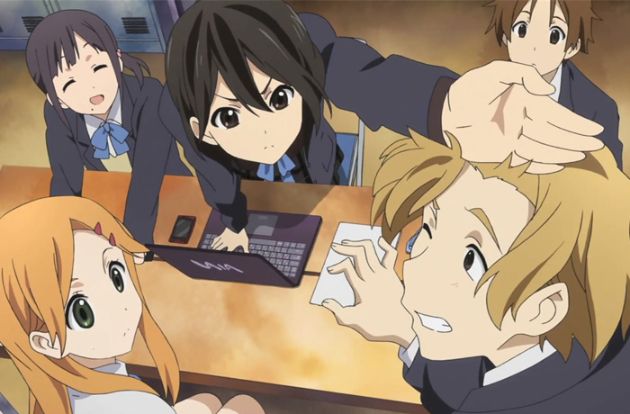 At first I didn’t know what to make of it. You get the daft rom com vibes from the first episode, with subtle fan service and the main characters messing around with each other.

But once you reach the end of the first episode, that’s where sh*t starts to get real. And the “dark” vibes start to settle into the ’s main theme and story. 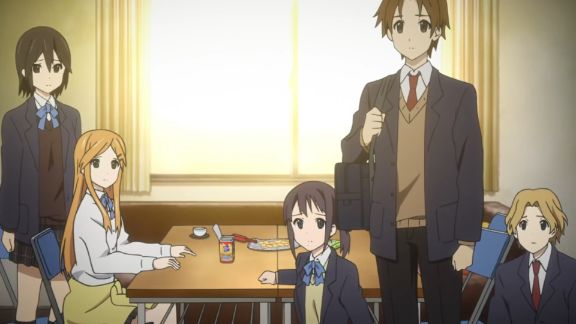 It’s like a rom com with mystery and some deep themes that make it so much more than an average rom com.

It’ll have you questioning certain aspects of life, and how you’d react if you were in the same situations as the characters like Iori Nagase.

It’s still one of my favorite ’s to this day.

The designs of the characters aren’t mind blowing, but the depth of the is.

Related: 22 Kokoro Connect Quotes About Pain And Sadness That Will Inspire You

6. Restaurant To Another World 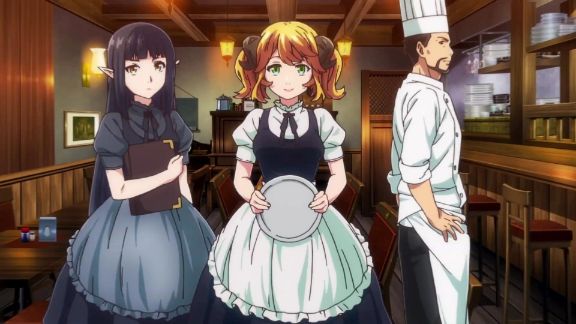 Restaurant To Another World is an alternative to a series like Food Wars.

It follows its own lead and walks a different path. I’d say that’s why it’s not that popular of a show.

The main theme is:

And all kinds of “talking” animals who visit a special Restaurant from another world and dine there when it’s open.

The restaurant is run by a human chef who serves creatures of all kinds, and that’s where the ’s story takes off.

The food aspect of this series is more subtle and less dramatic, but it has a calming vibe to it some fans will appreciate. 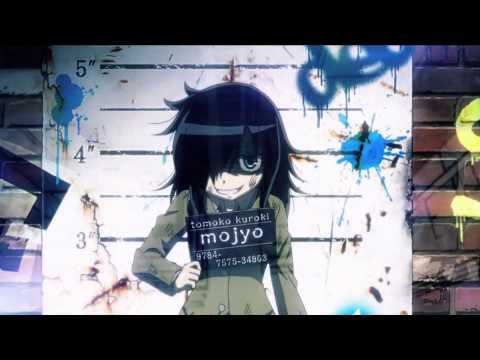 I’ll start off by saying this is one of the craziest slice of life shows in the industry.

The opening for this speaks for itself. High energy, crazy and fast paced.

The itself once it starts focuses on Tomoko Kuroki, a teenage girl with self esteem issues. The type of girl who feels ugly in her skin, and doesn’t get compliments too often because of how she looks.

Tomoko is tom-boy ish and has bags under her eyes. 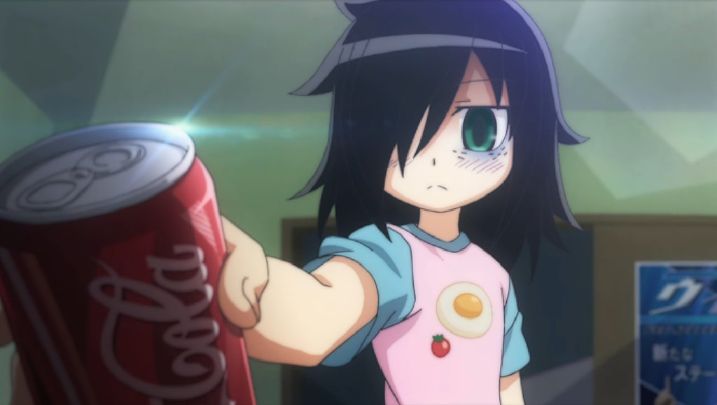 For a comedy you’d think this seems a little too dark and depressing to be called “comedy”. But there are elements to it that helps the humor blend well with what’s happening.

It’s the ONE slice of life show you’ll either find strange, or will love for how different it is.

Not to mention relatable.

Relevant: 11 Anime Characters You Can Relate To On An Emotional Level 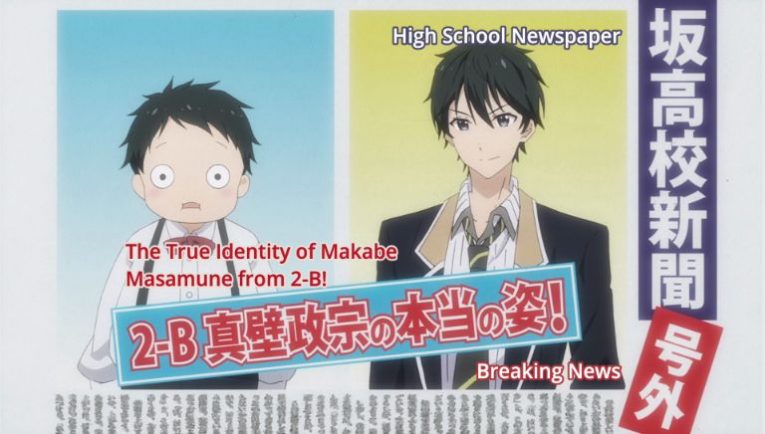 Masamune Kun No Revenge used to be one of my best comedy shows. Now it’s not because I’ve watched so many shows since then, but it’s still one of Silver Link’s best .

The main character: Masamune wants revenge against Adagaki, a girl who rejected him in his childhood when he was fat.

Masamune dedicates himself to working out and getting physically fit. And next on his list is to break Adagaki’s heart for the sake of vengeance. 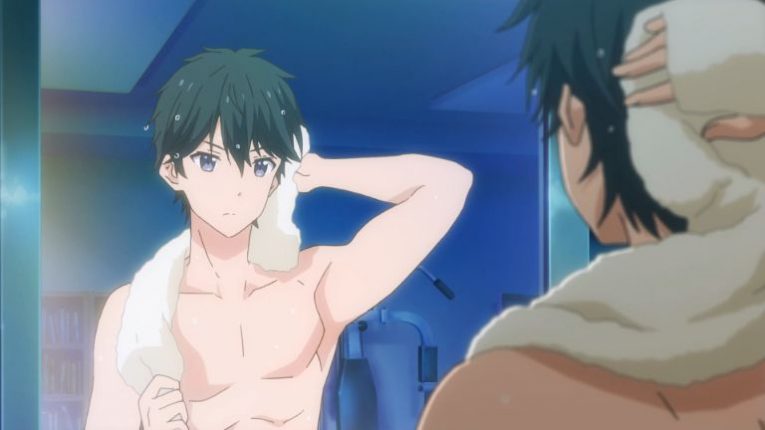 Not surprisingly – it doesn’t go as smoothly as he wants (typical of this type of ). But what happens in between is worth the laughs (and the nonsense) that comes with it. 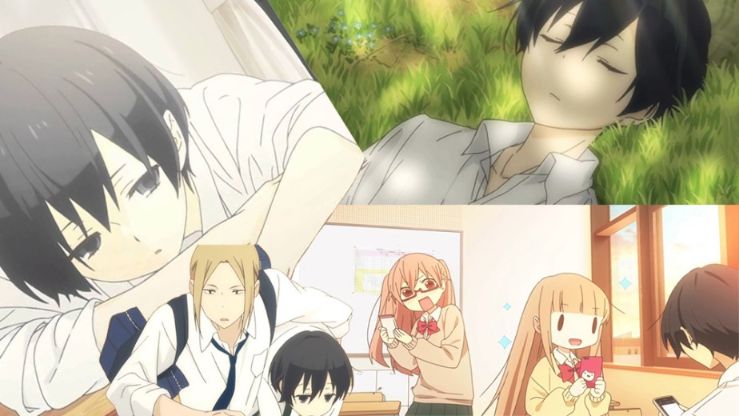 Tanaka Kun is a slice of life that’s so chilled you could fall asleep watching it.

Tanaka has no goals, and loves to sleep and hates using more energy than he needs to get sh*t done. But with the introduction of new characters – this starts to change a little.

For a show that feels like you’re high on weed or a little sleepy, the comedy is actually good and works better than you’d expect it to.

9 Of The Greatest Doga Kobo Anime

The BEST Life Advice You Can Learn From 53 Anime Characters!