Kyoto Animation deserves all the praise they get. Especially after overcoming the loss of dozens of people with the fire in 2019.

Not to mention coming out of that in one peace, and refusing to give up as a company.

That’s one reason why they’ve always been my #1 studio. The other is their innovative mindset and approach.

1. They create their own lane

If I had to choose only one studio forever, Kyoto Animation would still be #1. Though that would be extreme.

So why do I endorse them so much?

One thing Kyoto Animation does well is they carve out their own lane and stay in it.

They don’t believe in the daft notion of “if someone else does X, I must do the same”.

They don’t chase the tails of other studios, regardless of how successful they might be.

Competition and trying to “compete” by keeping up with the joneses is not in Kyoani’s DNA.

You can see this by how FEW they release on a yearly basis, despite those doing well or even reaching the point of being mainstream.

Violet Evergarden is a good example of this.

Released in 2018, it was one of a few released that same year. And look how fresh the is.

It doesn’t reek of “copy and paste”, and it doesn’t feel like it’s rehashing or mimicking some dumb cliche or trend.

It’s an original piece of work, regardless of whether you think it’s a masterpiece or average.

That’s part of what makes Kyoto Animation innovative. They create their own lane and don’t stray from it.

I myself look at the world that way.

I’m driven to do or create things that weren’t there before, and I DON’T follow the crowd or worry about what everyone else is doing.

That’s how Anime Motivation started in the first place.

Another example (a classic one) is Clannad. It started a trend of sorts.

I doubt they meant to do it, but they DID do it because they stayed in their unique lane.

It’s a classic slice of life series with romance and comedy.

First season is good, 2nd season is a masterpiece. The element of surprise is part of why, and the emotional journey that comes with it.

Only after Clannad did you see the trend of “, wholesome romance ” that later turn dark and tragic (Your Lie In April, etc).

Kyoani are innovators by their mindset.

Innovators are what creators should strive to be. It’s not creativity otherwise.

K-On is another series.

“Moe” and the trend of Moe can be traced back to like K-ON.

It wasn’t the first, but it did blow it up.

On the surface, K-On’s not unique at all.

The fact that it has no real plot in a slice of life format, and how it managed to make every episode (debatable) full of laughs and silly sh*t shows effort on their part.

It’s “good” freestyling with personalities that are different but good enough to mesh and have chemistry.

The art style sold it more than they realized I bet.

Yuru Yuri (released in 2011 by Doga Kobo) was influenced by K-On, and continued the Moe style made popular by Kyoani. 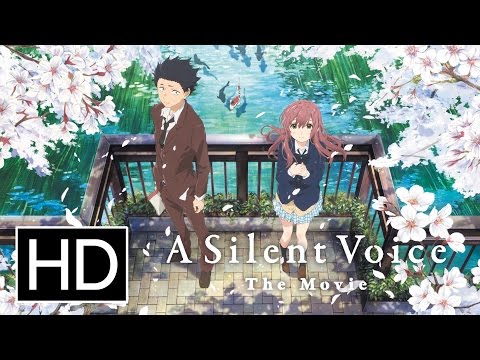 Fast forward and we had A Silent Voice in 2016.

It touched on the topic of suicide from the perspective of a disabled girl (deaf) being bullied for her differences.

This was a different angle for Kyoto Animation, and it worked well.

It was relatable to the millions of people who are bullied for their differences, especially when those differences are disabilities.

A new angle or approach is all it takes to carve out your own path or bring something creative. And Kyoto Animation are in the habit of doing this and behaving in this way.

They prove it over and over again almost every year.

2. They lead by example 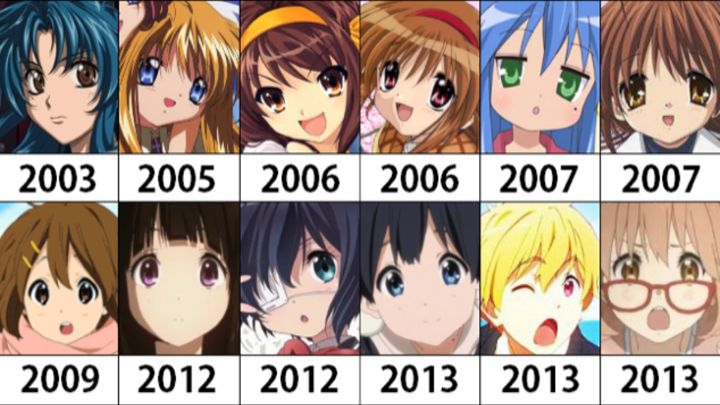 Like innovators and creators are supposed to do, Kyoto Animation leads by example. And have been doing since the beginning.

Well, not literally but you get the message.

Each year they release an that manages to touch people emotionally, and have fans rallying behind it.

Even if it’s not the to the biggest degree (like Air).

We can even take a step further:

None of this is by accident, but by design.

You just don’t make this many “good” , so consistently, without there being some sort of formula and mindset behind it.

That formula is leading by example and carving out your own path, instead of worrying about so called competition.

It’s worked well for Kyoto Animation, and it’s what makes them stand out as an anime studio.

Or even an company all together.

Are ALL of Kyoto Animation’s unique and innovative?

Of course not. There’s no such thing.

You can’t consistently create and expect it to be new every single time. Humans aren’t perfect like that.

One that comes to mind (in my mind) is this….

It’s made by Kyoani.

Generally their don’t drop below 7 for reviews, but this is one of them. Not that reviews are the holy grail.

I don’t claim to have watched it all (it’s one of the few of theirs I haven’t seen) but it’s one of their “least” creative or great series.

There are clear rehashes of cliches in this one. But it’s more than just that.

That being said, you’re not supposed to have a perfect swing with the bat no matter how experienced you are.

Progress, NOT perfection. That’s the key to standing out in the long run.

Overall, Kyoto Animation is definitely a master at following their own path and schedule. And not being distracted by flashing lights.

They might turn the dial up on MOE every now and then. And their might seem bright and cheerful (the drawings, animation, etc) but it doesn’t take away from what the studio represents.

They know their lane, their strengths, and stick to it.

Every now and then they go beyond and find a way to bring something different to freshen things up.

They give their just enough uniqueness that it passes the test, and that’s what makes them so different to any other studio.

Put some RESPEK on their name.

Why The Anime Industry Is Still In Its Startup Phase, And How It Got Here