Doga Kobo is an studio similar to Kyoto Animation. Mostly for its “” style of certain shows.

The studio’s known for its slice of life and quirky shows that aren’t too action packed or dramatic.

Let’s get into the best shows I feel this studio has to offer. Monthly Girls Nozaki Kun is one of the first 10-ish comedies I watched in the industry.

It’s not one of my favorites, but the comedy is fresh and I got a good laugh out of it.

It’s about Chiyo Sakura, a girl who falls for a artist called Nozaki. And of course – her failed attempts at making this numpty notice she’s into him.

Monthly Girls Nozaki Kun is only a short series, but it has enough Lol’s to keep you entertained. 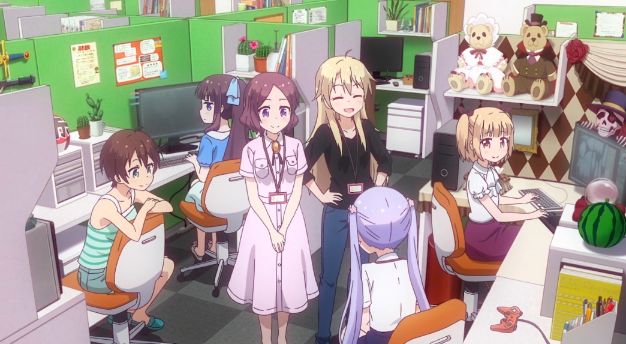 New Game! is my favorite on this list from Doga Kobo studio.

The refreshing character designs, colorful characters and -ish style of drawings… There’s something about it that makes it likeable.

It’s eye candy without being too “loli” like in a literal sense.

Then you’ll be able to appreciate New Game, since the story is about the MC getting into the gaming industry. Followed by game designers, programmers, and other women who work for the company: Eagle Jump. 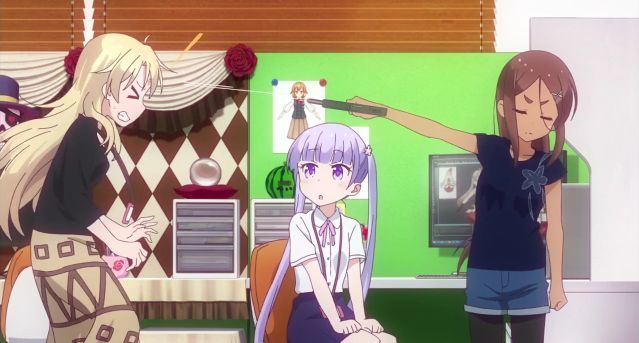 Not as extreme as Shirobako for how it portrays the industry and the difficulties that come with it, but it does a good job of it. 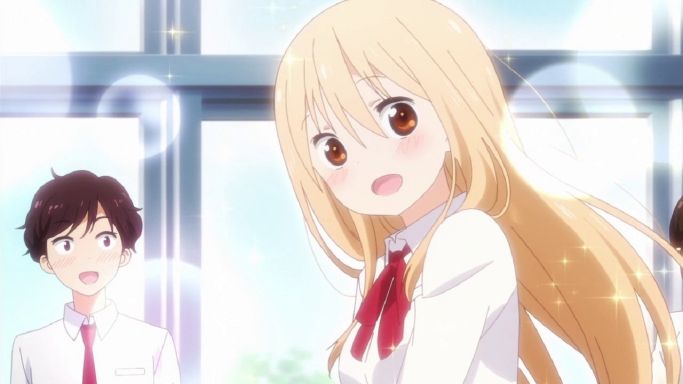 Himouto! Umaru Chan is another favorite from Doga Kobo, personally. It’s about the “two faced” lifestyle of Umaru Doma.

On one hand she’s the perfect girl in school. Top grades, good looks, presentable, always on time and all that other cliché sh*t.

And then there’s the REAL Umaru Doma who when she’s at home and in her personal space – she sits around bashing video , eating potato chips, drinking cola and being a lazy little sh*t. 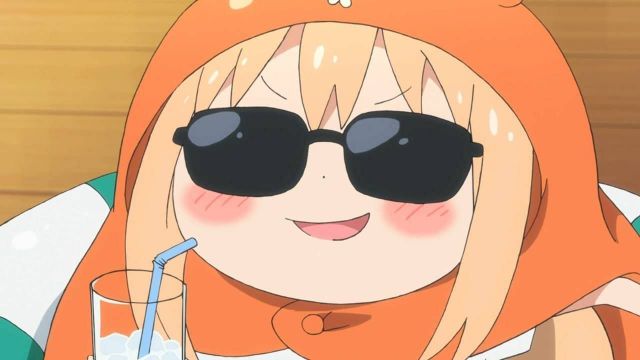 She tries bossing around her older brother: Taihei Doma because she’s too lazy to do anything herself at home. Plus she knows Taihei can be a bit of a pushover for his little sister.

This is a running theme in Umaru Chan showing the two sides to Umaru Doma’s coin.

And the comedy in between.

4. Laughing Under The Clouds 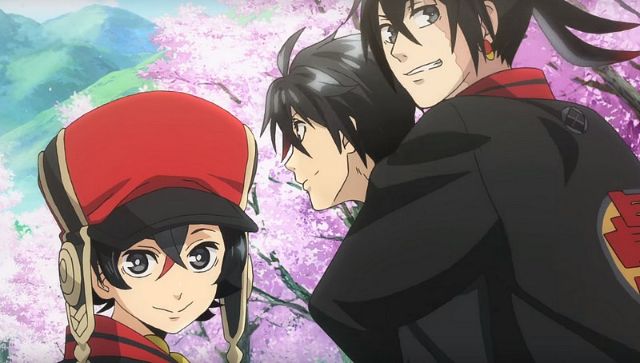 Laughing Under The Clouds is an about brotherly relationships (in a nutshell).

The older brother becomes the father figure for his two little brothers, because they have no parents. And as annoying as the older brother seems, he’s always laughing, smiling, and upbeat.

There’s a deeper meaning to the story and its name, but I won’t spoil it.

Even still – it’s an worth watching or giving a go.

5. How Heavy Are The Dumbbells You Lift? 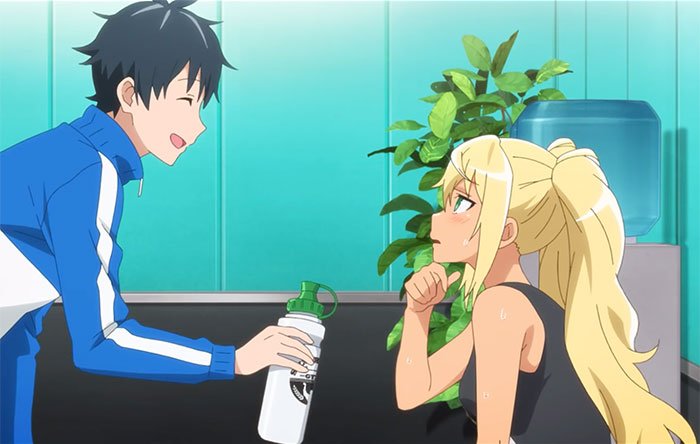 Now this is an that takes a different approach compared to MOST .

You could call it the gym/fitness version of Food Wars. Both shows are and have fan service for both genders.

How Heavy Are The Dumbbells You Lift? Focuses on the main character who starts going to the gym to lose some pounds.

The motivation being her friend claiming she’s “put on “weight.

It’s a realistic depiction of how other people’s words can potentially affect your decisions. Especially if you’re already feeling insecure. 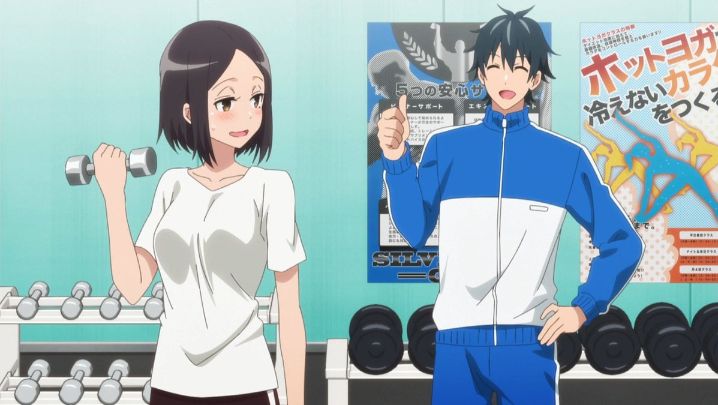 The big thing about this is:

And everything you can think of related to being healthy, staying fit, working out and what you eat.

Related: These 11 Educational Anime Shows Will Teach You Something Brand New 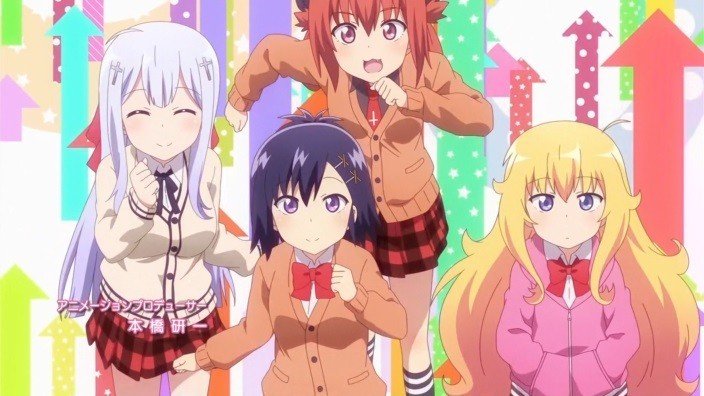 Gabriel Dropout is another series that shines in Doga Kobo’s catalogue.

It’s about Gabriel, an angel who “drops out” from being an angel and lives with the humans. Living by human principles.

Not long after she gets obsessed with gaming and gets lazier and lazier… To the point she’s not “really” angel-like and lacks the discipline she’s been taught in Heaven. 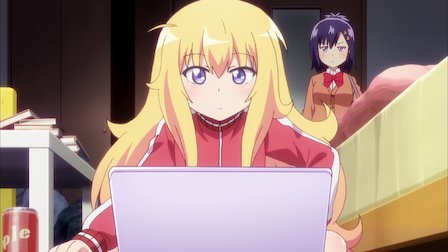 The comedy is centered around these concepts, themes and nuances of Gabriel and other characters who fall into place.

It’s not just angels either, there are devils. Some who are more angel like and vice versa. 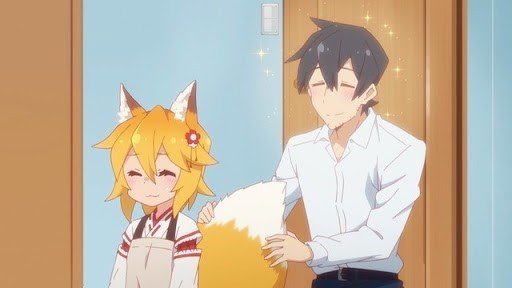 Helpful Fox Senko San is one of the more relaxing, chilled and laid back slice of life shows I’ve ever seen.

Not my favorite, but no doubt one of the most laid back.

Senko San (the fox) is sent to earth to relieve the stresses of one particular man who’s depressed from his job. And that’s where the plot takes off.

From the first episode Senko San does everything she can (nothing lewd just so you know) to help the MC feel more at peace with himself.

I’d compare the vibes of this show to chilling at the beach and having someone give you a massage.

Related: The #1 Anime You Should Watch At Least “Once” In Your Lifetime 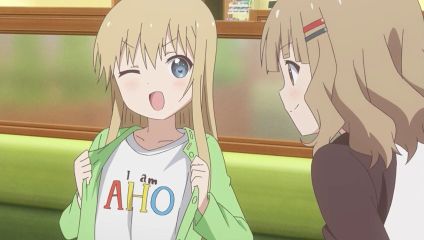 Yuru Yuri is Doga Kobo’s answer to K-On. Or at least it was when it was first produced.

It’s not as successful as K-On but it’s successful in its own right. And has carved out its own spot in the slice of life genre.

The plot as the name suggests is associated with lesbian characters (and straight characters), and the fan service that comes with it. 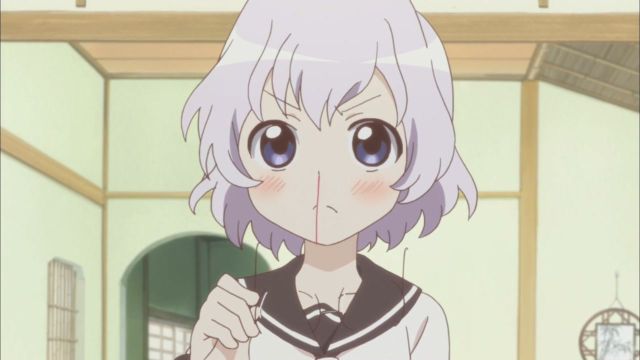 You do get some comedy in Yuru Yuri as well, but in general – it’s a LOT more lewd than K-On could ever hope to be.

But only in a way that’s tame compared to an . 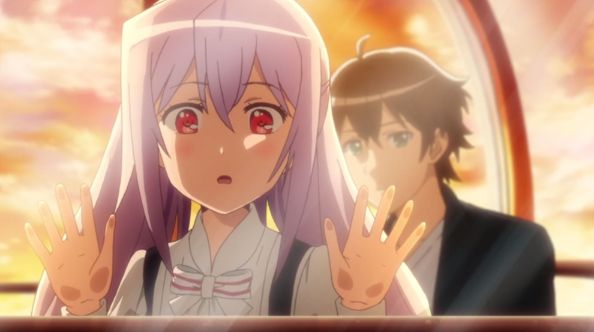 Plastic Memories is one of Doga Kobo’s most emotional, high rated shows they’ve ever produced. And it was only released in 2015.

Since then it’s become a relevant and recommended romance series that stands next to shows like Clannad and Your Lie In April.

The main difference is Plastic Memories has sci-fi vibes attached to it, making it a little different. 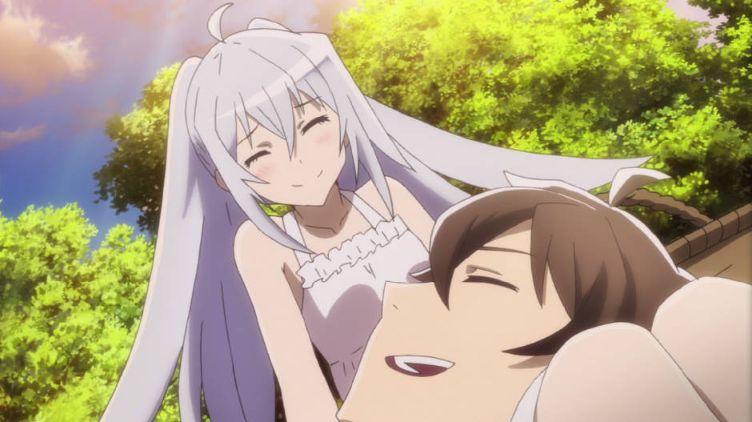 Without spoiling things too much, the deep story is connected to a time-span. And that’s what makes this so as it comes to an end later.

8 Of The Greatest Anime Studios