If there’s one thing when it comes to , it’s the fact that some shows are afraid of delivering endings that are as good as the show itself.

Sometimes the creators don’t wanna alienate anyone, or surprise people too much. Other times they’re too careful or keep things ambiguous.

And is of course – sad, emotional, depressing, or anything along those lines. 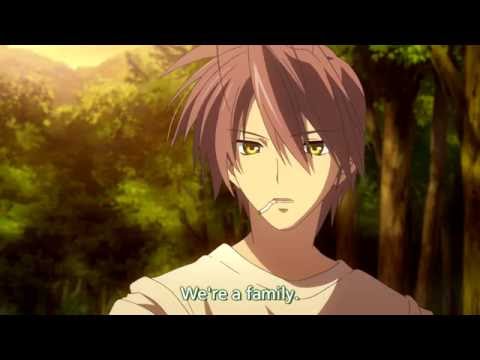 Clannad (the first season) is a regular slice of life series with romance, some comedy, and even its serious moments.

You get introduced to Tomoya Okazaki, Nagisa Furukawa, Kotomi Ichinose, the twin sisters, and other characters. Some of who are relevant in season 2.

Once season 2 (After Story) comes around though that’s where things change drastically. And the ending and even prior to the ending is one of history’s saddest moments.

Spoilers will ruin it so watch it all the way through from start to finish to get the full experience. 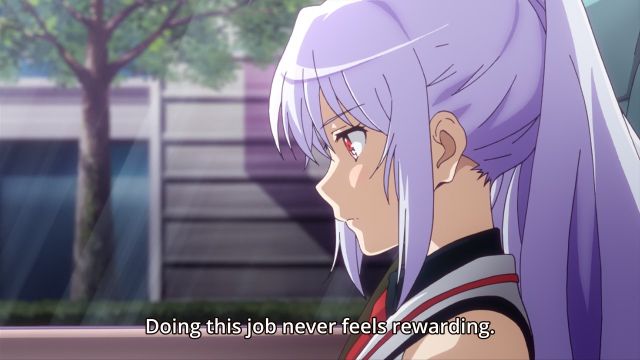 Plastic Memories is all in the name. It’s a romance written like no other. The romance and relationship between the main characters is uniquely done.

The female MC is called Isla. She’s a type of machine who could pass as human. Tsukasa is the male MC who’s her companion. They both go out in their first mission in ep 1.

You get some great comedy from the first episode and it ends with a taste of the emotionally charged episodes to come. One’s filled with sadness.

The goes through some changes to switch things up but once the last half plays out you come to understand how well  done the ending is.

Easily one of the most memorable shows in  the romance genre. A league of its own. 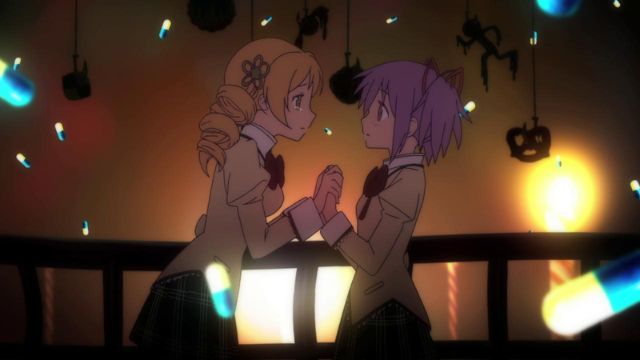 Madoka Magica is a sad series. It’s only 12 episodes long but enough is stacked into those episodes that it’s impactful.

Also, the has an impact through its psychological elements and highlighting the darker side of being a magical girl… In an unconventional style.

The movie; Rebellion is also sad. It’s a continuation of the series somewhat and the movie has a  depressing end involving one of the main characters.

Regardless of whether you decide to watch them both you’ll still be satisfied with the ending and the series as a whole. 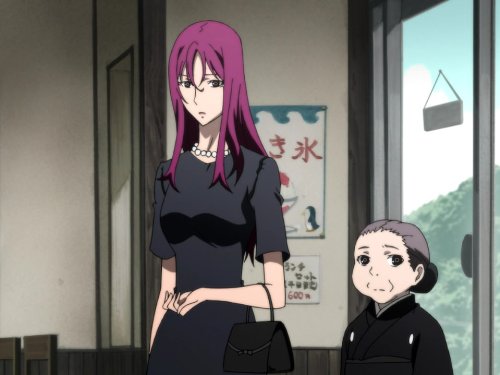 Shiki is a horror series similar to Higurashi: When They Cry. It’s set in a village that ends up having an epidemic. The disease is caused by “Shiki”.

After being bitten by Shiki, humans become vampire like creatures and before long this condition spreads like a forest fire. To the point where the local doctor Toshio becomes concerned.

Toshio becomes a major focus later in the and ends up being one of the more memorable characters of the show.

The conclusion, the ending, the middle, and the plot are all savage, brutal, and will have you questioning your own morals potentially. It’s disheartening.

Few endings are as horrific as Shiki. The highs are high and the lows are low. 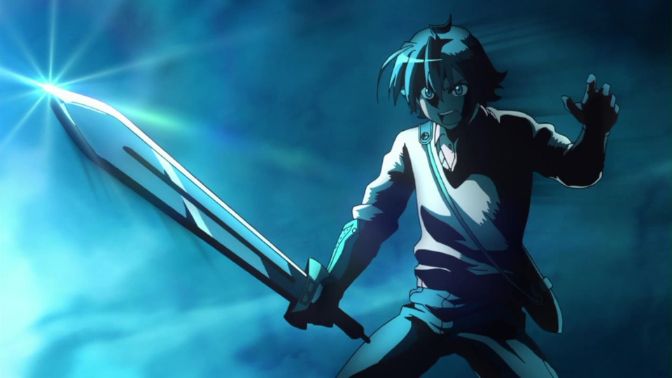 Tatsumi is a trained swordsman who heads over to the capital with the hopes of becoming a high ranking officer, making a ton of money, and helping the poor  village he grew up in.

He travels to the capital with friends but then is split up along the way because of bandits. He learns quickly by the end of episode 1 how corrupt the world really is.

After becoming part of the assassination group nightraid his understanding of government corruption gets deeper. And so does his anger and desire for change.

The ending of is just as ruthless as the start and the middle of this unconventional shounen. It may rub you the wrong way, or satisfy. 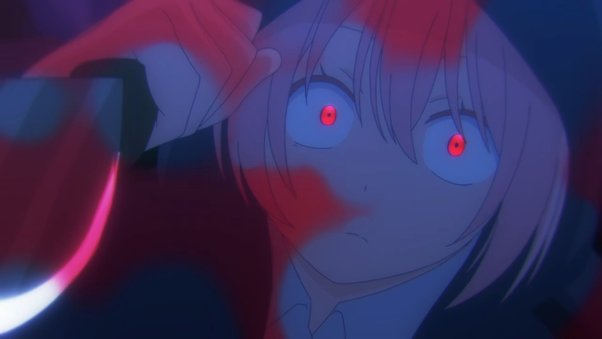 Of course I’m not about to spoil that shit because it’ll destroy the whole reason for watching from start to finish.

Still, Happy Sugar Life is one of those few that have a REAL conclusion, making the ending more satisfying and fulfilling even though emotional and sad.

It’s a horror with romance and psychological vibes. It explores Yanderes, the breakdown of characters who are traumatized, masochists, the abused, and more.

It shines a light on the more cruel side of life born out of unfair circumstances. 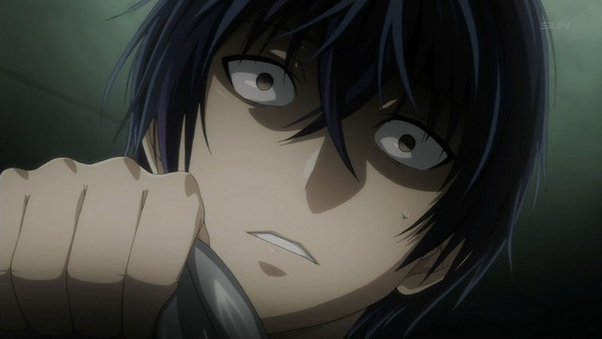 Black Bullet needs a 2nd season because the ending is a cliff-hanger. Even still, the ending itself is full of emotion and suspense. It makes you wanna see what’s next if you haven’t read the .

The is generally violent with the main theme being about a epidemic of monsters threatening Tokyo. Similar to Attack On Titan in this way.

Rentaro Satome and Enju Aihara are the main characters who drive the story forward, and things center around them (including deaths) or are connected to them in some way.

The villain Kaegtane Hiruko is a character who goes unnoticed but deserves a lot more credit and popularity than he gets. 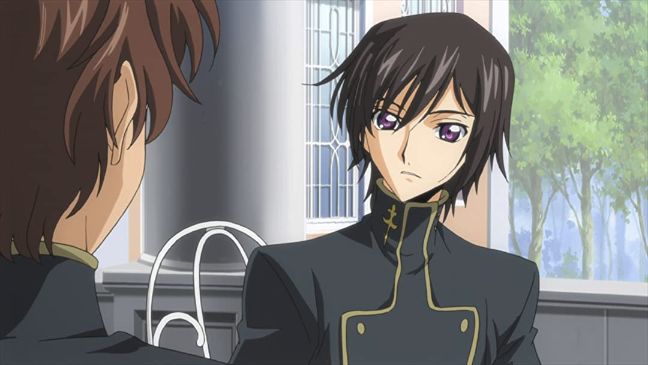 If you know you know, if you don’t, watch it. 2 seasons strong. This is a military series with enough strategy, tactics, smart fights, and curious characters to keep anyone interested.

It’s one of my top 5 of all time and that hasn’t changed over the years for good reason. The ending, similar to Happy Sugar Life for how it’s written can’t be spoiled because it’ll ruin the point of watching the entire series.

The ending of this can be left up to interpretation depending on how you look at it, but it’s sad either way.

9. Guardian Of The Sacred Spirit 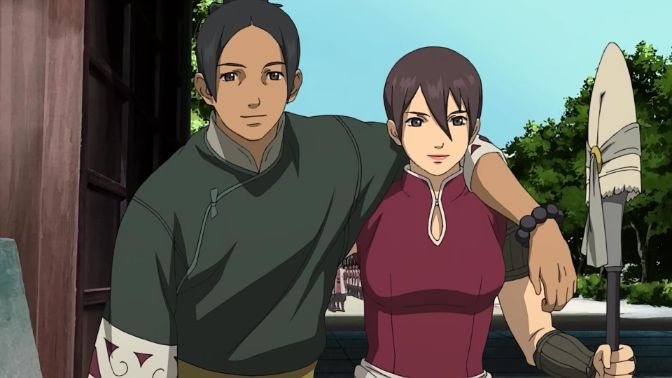 Criminally underrated series. The art style and designs are different and fresh. It starts out at a good pace and finishes even better, with a sad, emotional ending and last few episodes.

It’s about a female bodyguard protecting a child prince, but it becomes a mother-son relationship. The prince is being hunted because of a so called “curse” inside him.

Through his ordeal he grows, matures, and changes from being a helpless child into a bit of a man who has a better understanding of life far from the sheltered life he had as a prince.

Balsa (female MC\0 uses a staff as a weapon. 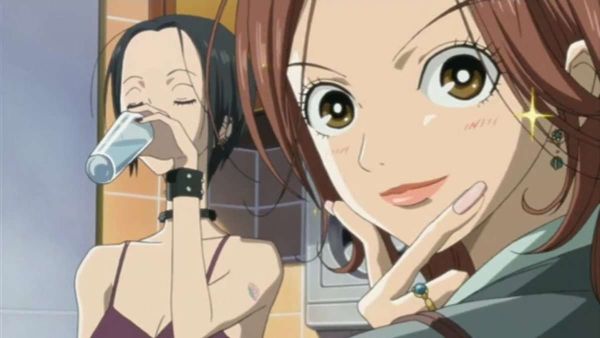 Nana is about 2 female characters who go by the same name. One is a musician pursuing her passion in Tokyo, the other is clumsy but always seems happy and is still figuring things out as a 20+ something year old.

The exploration of sexual relationships, emotions, romance, finding and pursuing your passion, heart break and more as a 20+ year old are some common, themes.

Not the most emotional ending but it deserves to be mentioned for how things turn out. 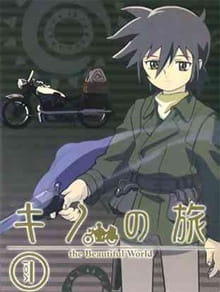 Anime about traveling the world, country to country, city to city, town to town. Learning and gaining experiences through other people’s stories on Kino’s journey.

Kino’s motorbike is a talking motorbike. It’s weird at first but you get used to it, and their conversations are intelligent and thought provoking.

No one episode is the same because of the traveling aspect, so there’s always something new as far as scenery, life lessons, and characters.

The ending is tragic. 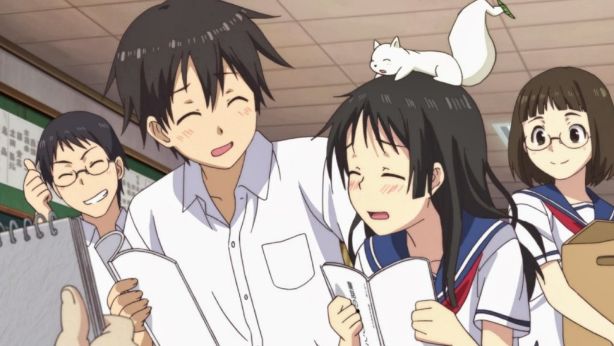 Seinen/romance . A rare combination. Approaches romance in a way but still has the comedy.

You have a shrine goddess who builds a relationship with the main character (she’s like an older sister) which is connected to the plot. And that plays into the emotional rollercoaster, especially at and towards the end.

Inari Fushimi (MC) also has an older brother who develops a relationship with the shrine goddess, and that adds its own element of wholesomeness to this Seinen .

Anyone who’s seen the agrees it needs a 2nd season at this point. 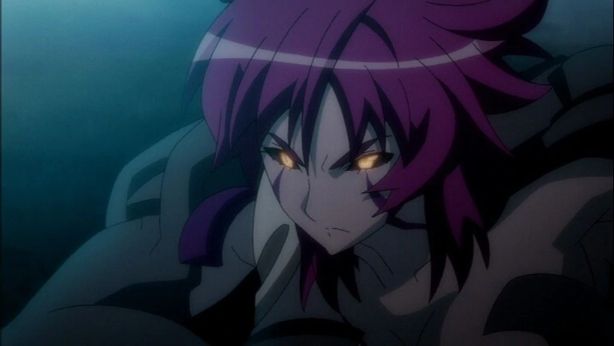 Witchblade is an I’ve watched over and over, multiple times. And the feeling it gives me is always the same as far as it’s emotional value and the SAD ending to the series.

Masane Amaha is a seemingly helpless 20+ something year old mother with a kid called Rihiko who’s smart for her age and responsible. But it all isn’t what it seems.

Amaha (the mother) has amnesia from an event called the great quake that destroyed a city, with Masane miraculously being the only one alive with her daughter… Memory wiped and all.

She’s the bearer of a scientific weapon called the Witchblade, and it’s responsible for saving her life and changing her life in many ways for the worst.

The can waiver a bit at times but it’s kept fun, consistent, and it has a strong focus on female characters and female leads. 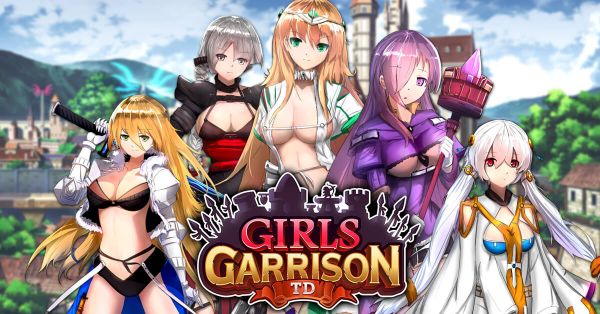 Stop the dread overlord by building an arsenal of soldiers to help you along the way.

Collect gifts, cast spells, and more throughout each battle.

Assassination Classroom starts out with the weirdo teacher called Koro Sensei. He’s a yellow alien with tentacles for arms and a seemingly permanent smile on his face like it’s plastered on.

It’s a cartoonish kind of look.

The class (class F) that he’s teaching have been given the task of training to kill Koro Sensei to stop him from blowing up the moon and supposedly destroying the world.

With a speed of Mach 23 Koro is no joke and definitely is a character. But the way he teaches his students, how patient he is and attentive, real life teachers could learn something.

Plenty of life lessons throughout this School/Shounen and Supernatural series and the ending is sad as it gets. 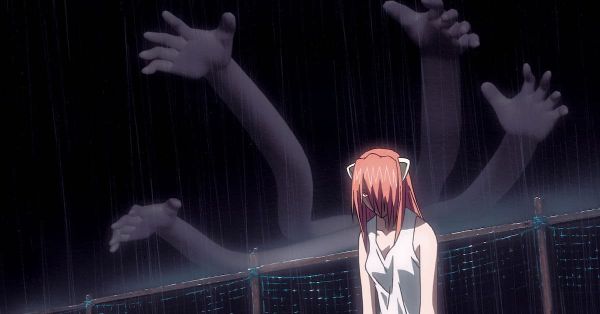 Elfen Lied is an old school horror from the 2000’s. It’s one of the most popular horror of all time and it was the most famous during the 2000’s.

Diclonius, a type of man made creature is let loose after it escapes a laboratory, killing tons of researchers and scientists while making its escape.

This Diclonius is called Lucy. She has a regressed state and her “true” state where she’s conscious and aware of everything going on. Diclonius have vectors used to kill.

Lucy has romantic feelings for Kouta and vice versa. The story itself is tragic, but the ending is absolutely savage and shows you the unfair, immoral dark side of human nature. 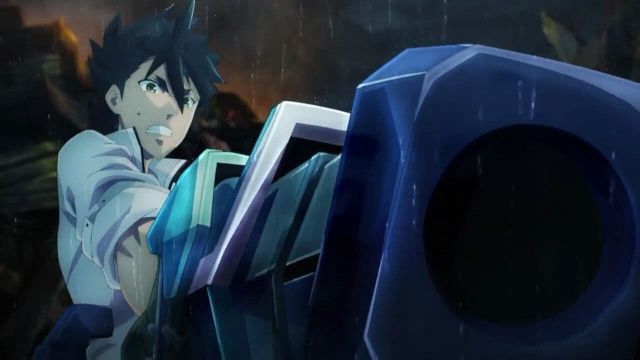 God Eater is another horror but one many don’t think about in the horror genre. It’s adapted from a video game.

Lenka Itsugi is the main character with the sole mission of getting revenge against the Aragami, creatures similar to Titans or Kabeni from Kabaneri Of The Iron Fortress.

This starts out as a cliché but as the makes progress the story and the writing starts to fall into its own, and the stands out.

The ending of God Eater and what leads up to it is definitely sad.