is a unique medium to tell different stories. From action to romance, there is a vast range of genres that are covered through this beautiful medium.

And of course, we fans don’t have any objections as to how works. We actually enjoy the content that provides us all the time.

While the majority of Rumiko Takahashi’s titles are romantic comedies, Ranma adds Kung Fu Fighting to the mix.

Ranma tells the story of how many of its cast characters use martial arts to overcome their issues. Ranma can turn everything into a martial art, just like Mr. Miyagi.

Though conventional combat arts like Karate, Kung Fu, and Kendo are prominent in Ranma, the series takes things a step further by incorporating rhythmic gymnastics as a martial art.

Given the required agility and coordination, it’s only logical to classify it as a martial art.

Motivated by their competition, Ranma and Ryoga labor tirelessly to find methods to improve themselves in order to overcome one another.

Related: 17+ Slice Of Life Manga That Will Keep You Interested 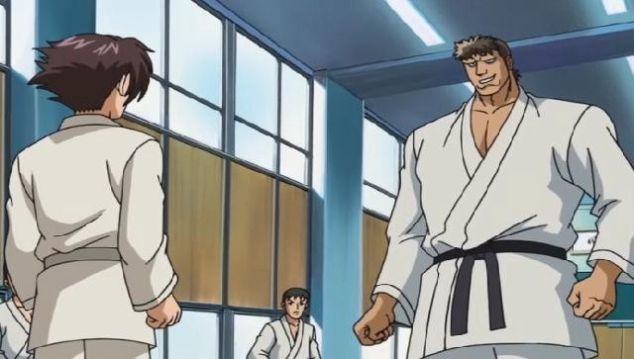 Kenichi: The Mightiest Disciple is an enjoyable shonen that ran 50 episodes in the 2000s. It combines martial arts with a lot of humor.

The series centers on Kenichi, a harassed high schooler who decides to attend a dojo operated by the grandpa of a fellow student.

The delves deep into the protagonist’s training while also showcasing a lot of over-the-top bouts.

Because the stopped before fully covering the book, Kenichi is still in his infancy as a martial artist.,

Regardless, the series does allow the hero to go up against a variety of formidable opponents. 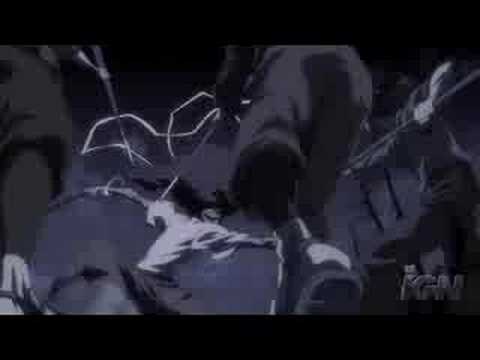 I understand. You’re undoubtedly asking why Afro Samurai is here, especially when the voice cast features none other than Samuel L. Jackson and Ron Perlman.

Afro Samurai is bloodthirsty, unapologetic, and full of style. This applies to both the series and the film Afro Samurai: Resurrection.

Did you picture an afro-haired warrior battling ninjas and another samurai sporting a teddy bear mask?

Still, this is a case of style above substance.

Tenjou Tenge, based on the that ran from 1997 to 2010, follows the narrative of newcomers Nagi and Bob as they spend their first day at Toudou Academy. It’s a martial arts school.

They pick fights with anybody who gets in their way, until Maya and Masataka, two members of the Juken martial arts club, calm them down.

They then induct them into the club with Maya’s younger sister, Aya, when they find themselves in the crosshairs of the Executive Council.

The tale begins lightheartedly, relatively speaking. And such moments recur from time to time. It rapidly takes a grim turn though as the series delves into the pasts of the club’s members.

Each “fighter” has their own fighting style.

Kengan Ashura is a Japanese series directed by Seiji Kishi which is currently available on Netflix.

The combat in the series is harsh and nasty. Although it contains some spectacular features, it is mostly a reality show.

Gladiator arenas have existed in various regions of Japan since the Edo era.

Gladiators are hired by business owners and traders for tenders and professions. This custom is still practiced today.

Because of his history, the character Ohma Tokita is on his path to becoming a successful fighter. Ohma is looking forward to Kengan Death Matches after the Kengan Tournaments.

Katanagatari, based on a arrangement, is another that ranks among the top.

Shichika Yasui, our hero, travels around Japan in search of 12 unique and swords at the request of Togame.

When compared to the other parts on this list, this military arts nearly seems to be gloating about its one-of-a-kind workmanship fashion.

It also contains a plot that is almost surprisingly profound.

While there is some action, it is largely driven by dialogue and relationships. It has the weight of a strong storyline that will transport you from beginning to end. 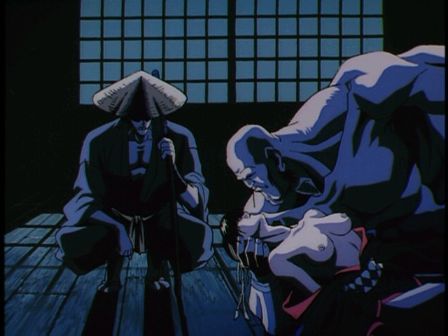 This Madhouse project, which debuted in 1993, is set in feudal Japan and features a swordsman named Jubei.

He has little time for political wrangling, and he also has to cope with a swarm of otherworldly ninjas.

It’s similar to Shigurui in that it’s not suitable for children, but it includes far less gore.

The battles with the Devils of Kimon are beautifully coordinated, and the flowing animation is timeless.

Give it a shot if you can get a copy or stream it online.

Basilisk is a combat series directed by Kisaki Fumitomo that debuted in 2005. Members of two clans compete in a deadly battle royale in this series.

It’s comparable to Kengan Ashura, but with more Asian-themed features.

The Kouga and Iga clans are two ninja clans that have been battling for 400 years and are doomed to battle for the rest of their lives.

The members in both clans have magical talents.

Gennosuke of the Kouga Clan and Oboro of the Iga Clan are in love, but they will have to battle.

Despite the fact that neither of them wants to prolong this useless battle, ten individuals from each tribe, including themselves, continue it. 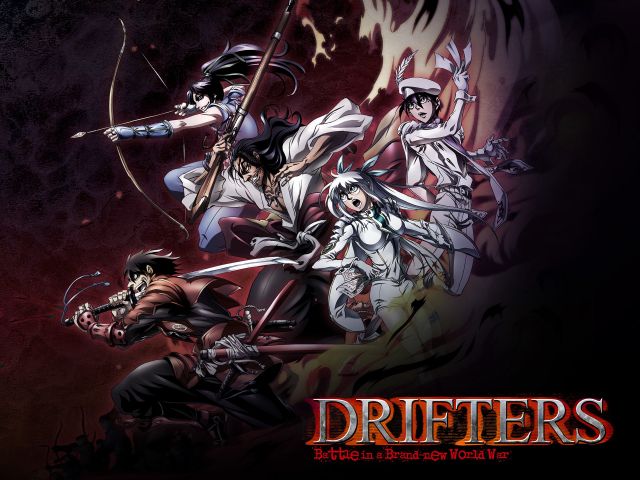 Drifters is a blood-soaked action series unlike any other, set in a bizarre and magical country where renowned historical people are conscripted to fight in a conflict between the Drifters against the Ends.

Toyohisa Shimazu goes on an unusual adventure after tasting death. This includes allying with Nobunaga Oda and facing off against a crazy Jeanne d’Arc, among other things.

Drifters, like Baki, is about characters trying to outdo each other in bouts to the death.

While the emphasis is on guns rather than hand-to-hand fighting, the action scenes in Drifters are as spectacular as those in Netflix’s .

Baki is the amalgam of bloodsport and enters the dragon which is way cooler than the other martial arts that tries to implement this.

Given that the original appeared several years before the UFC, Pancrase, or any other prominent MMA organization, its depiction of the sport is out of date yet nonetheless thrilling.

While there are many cast members in this that are wicked and skilled in martial arts, they are not driven by monetary gain or glory.

Baki’s father, Yujiro, is without a doubt the strongest man in this series, and he once broke into the White House by taking out the Secret Service by himself just to prove he could.

Regardless of how warped Yujiro is, his martial arts beliefs only lead him to seek out opponents, even if it includes his own son.

Baki brilliantly shows many kinds of martial arts and personalities based on genuine martial artists. That’s In addition to characters who do not use their abilities for such big aspirations since conventional teachings do not allow it.

This may remind you of your college days when hotel cuisine was out of your price range. That’s how things go for You Satou one day in the adaptation of the Ben-To.

He discovers that prefabricated lunch boxes known as “Bentos” are all absurdly priced in supermarkets.

On numerous occasions when they are lowered (due to their low cost), a full-fledged fight may break out over cheap food.

This is an all-around entertaining and engrossing one that takes place in a world where shops battle over discounted Bentos.

It’s a frequent event, having progressed into a type of cult.

Post: 37 Delicious Anime Food Photos That Will Make You Drool

Kendo has been a component of the glue that has held Japanese culture together for generations. It’s still practiced in many schools today.

Kendo is a sight to see at a high level, with its emphasis on self-discipline and mental agility,. Seeing it done in a more lighthearted manner attracts more people to tune in.

This is when the bamboo blade comes into play. It takes the harsh competitiveness of Kendo and softens it to enable people better grasp the concepts behind it.

Kurozuka was released a long time ago.

This is one of those usual with vampires and other things that go into this genre; Twilight is an example of a non- version of this show.

The interesting thing about this is that, unlike most of the shows on this list, Kurozuka is not based on . It’s a rewrite of a Baku Yumemakura book (see, Twilight?).

Battling sequences are not the core of this series. It has a strong plot that does not concentrate upon people fighting each other every 20 seconds.

Regardless, It does appear in the frame for the majority of the action moments.

Samurai Champloo has consistently appeared on numerous top ten lists online, and with good cause.

Samurai Champloo takes place in an adversity-filled world where samurai are not sought after and many of them become wanderers traveling the wide territories in search of a solution.

This voyage delivers a bizarre experience as we accompany Mugen and his pals as they seek their own destiny.

Fuu, Jin, and Mugen all want to work together to discover a mysterious samurai that Fuu wants to meet.

Elfen Lied and Higurashi’s When They Cry pale in comparison to the precise, even beautiful cruelty of this 2009 series.

The plot is straightforward.

The follows two gentlemen as they compete in a competition using actual swords rather than wooden swords.

One has only one arm, while the other is a blind samurai.

This is way different among its peers and it’s dope.

20+ Of The Greatest Comedy Anime Series Worth Getting Into

Konnichiwa! This is Harry. Hardcore DC Fan and love to read and write about comics and films. Cowboy Beebop Heeeehaaa and Linkin Park Forever.