I confess. To this day I haven’t watched an anime that’s made me bawl-out crying. I guess that’s just me.

Of course anime gives me “tears in the eyes” every now and then, but that’s more than enough.

So whether you’re the type to cry inside or on the outside, these 16 anime shows will blow you away with their emotional appeal. 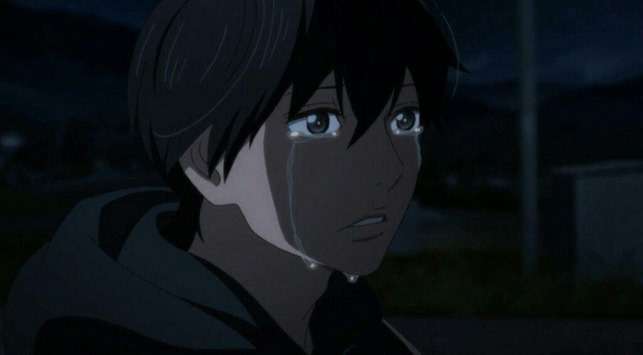 This anime isn’t popular by any standards in the community, but so what. That’s besides the point.

The story focuses on Kakeru Naruse, a teenager who’s carrying a heavy burden of regret on his shoulders. Because his mother dies in the first episode, and he can’t help but feel unappreciative and stupid for taking it all for granted.

Orange highlights depression and concepts of suicide. And it does it well enough to make you feel bad for the main character.

I mean: nobody wants to feel the pain of losing a parent. And witnessing Kakeru’s journey makes you empathize with his circumstances. As it’s heart-breaking to watch.

This list wouldn’t be complete without Clannad, and especially Clannad After Story.

Season 1 is sad, but it’s lightweight compared to what comes after. It’s the first push the anime gives you on an emotional level.

Then season 2 drags you by the collar, and punches you right in the gut with its emotional train wreck.

I won’t share too much about season 2 but trust me – it’ll hit you in the FEELS when it happens. 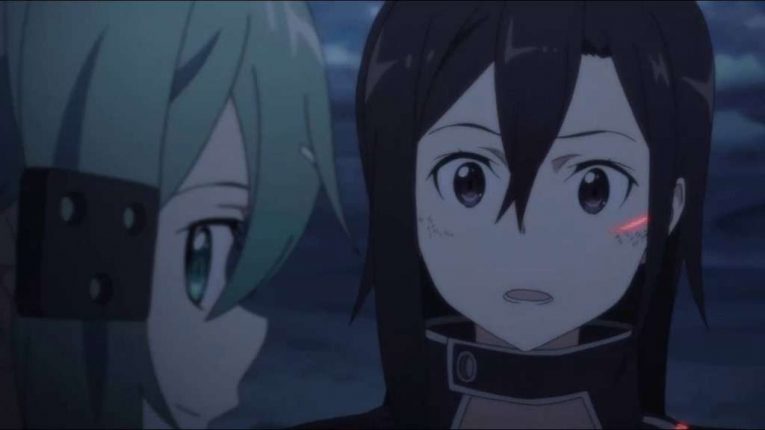 Sword Art Online’s first season is good. It has some emotional appeal towards the end of the series between Kirito and Asuna. And even some before that.

But where it gets interesting is when the 2nd season comes into play.

I thought the idea of highlighting the suffering of an Aids patient was powerful. It’s not something that’s done enough, whether in anime or western films.

The whole ordeal just paints a really ugly picture of how life can be for some human beings. And these same people (or Yuuki Konno in this case) are able to be so strong in spite of their challenges.

It’s inspiring and painful at the same time. 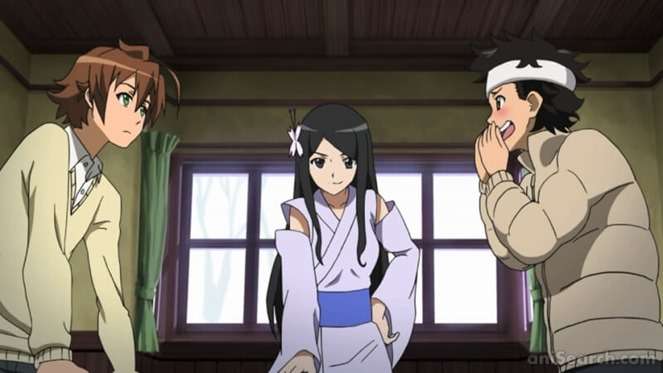 Akame Ga Kill is an all-out action series that’s become one of the most popular anime in recent years. Some people love it, others hate it.

Akame Ga Kill is unforgiving when it comes to deaths, murder, destruction, depressing scenes and crude violence. One minute your favorite character is all fine and dandy, the next minute they’re on their deathbed.

And even though it can be perceived as too dramatic at times, each death is meaningful and saddening. No main character dies just for the sake of bloodshed. 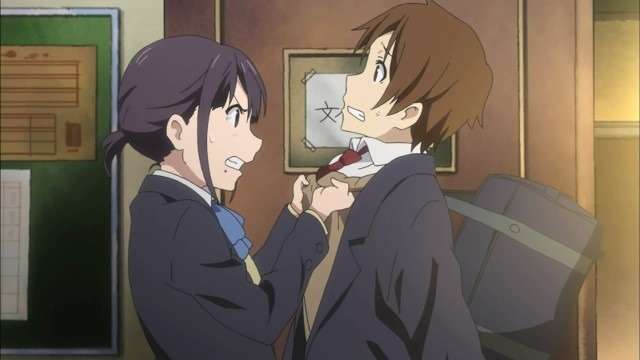 Kokoro Connect is a unique slice of life series few will mention. What makes this anime different is its approach to the traditional school/slice of life genre.

The main characters are put through a set of challenges that F’s with their mind, emotions, friendship and confidence.

These experiences don’t only make you think deep and question things in your own life. No, it’s also enough to make you sad, and even cry or shed a tear.

Personally Kokoro Connect has some of the best material I’ve seen, with an emotional appeal that’s refreshing.

Related: 9 Iori Nagase Quotes To Be Inspired By 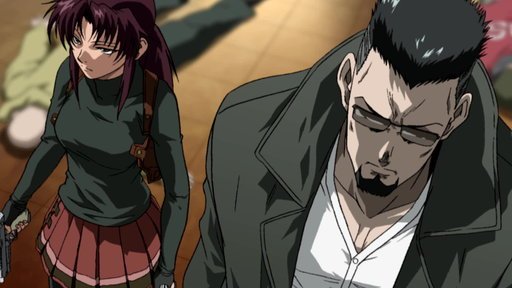 Black Lagoon by its nature is stone cold, heartless, disgusting and more gangster than anything you’ve ever seen.

Ghetto is probably the right word to describe it, because it’s so gritty.

It’s because of this reason that Black Lagoon has some of the saddest anime moments that are enough to make you cry.

The short episodes that include 2 twins is the perfect example. 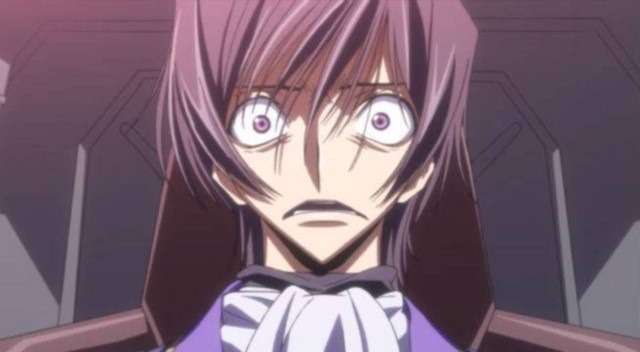 Code Geass is violent, manipulative, ruthless and full of injustice. Right from the beginning.

So many characters get slaughtered like animals and tossed aside like a 1 pence piece. Without even knowing they were being deceived all along.

It’s those 2 points (and more) that makes Code Geass one of the most emotional anime of all time. 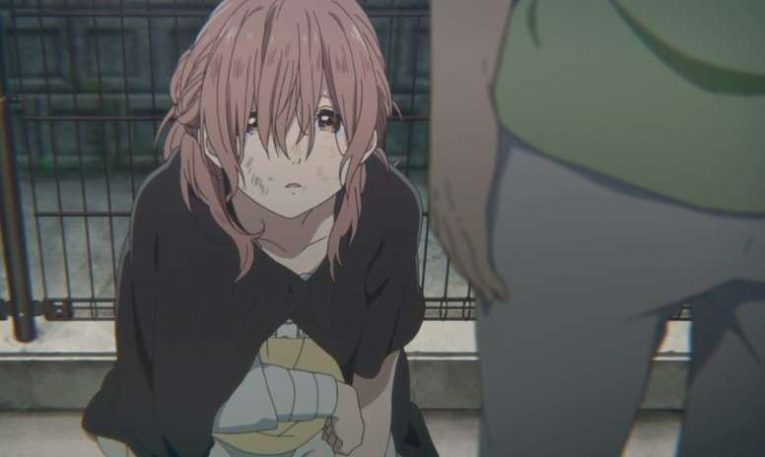 Bullying is always wrong. And to bully a student who is deaf, and make her life hell just because you’re too much of a coward to deal with your own problems…

Yep, it’s no wonder this is such an emotional series. Especially because I can’t stand bullying.

What transpires because of being bullied in this movie is horrid. As is always the case with bullying and the victims of it.

And by “what transpires” I’m talking about themes like Suicide, depression, and everything in between. From the perspective of a victim who’s done nothing wrong. 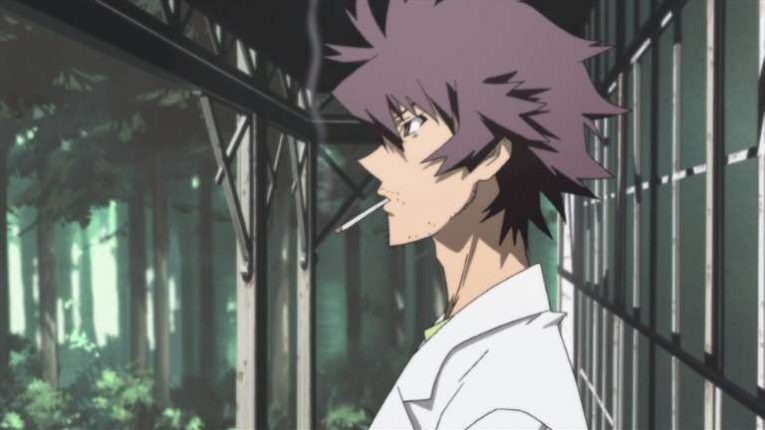 Shiki is a mixed bag of sweets. Some sweets are… sweet. And others are bitter, sour and horrible. These are the types of emotions and feelings you’ll feel while watching Shiki from start to finish.

Every couple of episodes digs deeper and deeper into the depths of immorality and sickening violence. Until finally you’re reminded of just how irrational, fearful and dangerous humans can be.

It’s a cold reminder of how we justify our violence with excuses to make ourselves feel better about our actions. 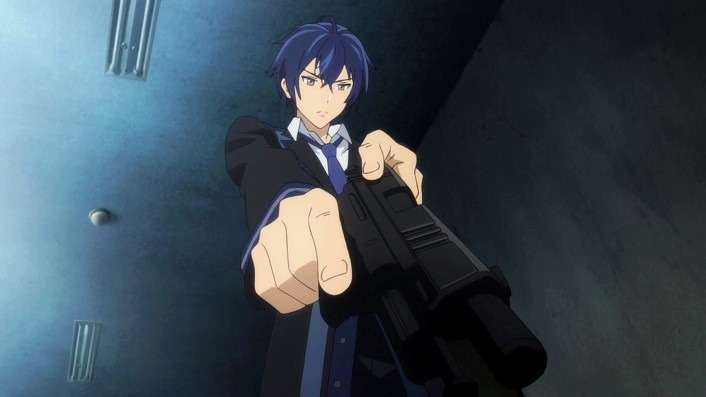 Black Bullet focuses on an apocalyptic story, similar to Attack on Titan or God Eater. So it’s not innovative or unique in terms of story.

I find the execution of the story, the close bonds of the characters and how it all plays out is done much better than the story suggests.

Especially when driven by a nasty emotion like hatred, fuelled by plain ignorance. 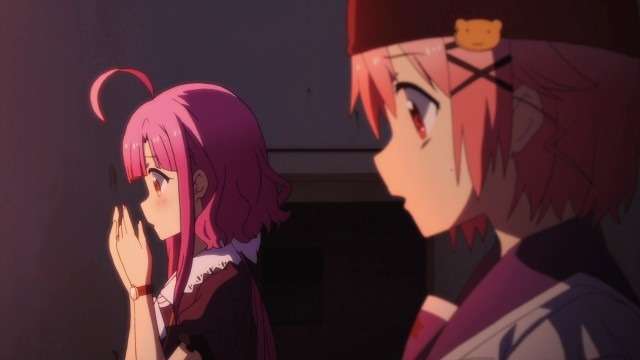 School live is deceptively cute with it’s animation, facial expressions and art style. I admit – I even thought it was a “music” anime when I first saw the name. Or some sort of fun slice of life series.

I couldn’t have been more wrong.

After the first episode:

If you get through the 12 episodes of School Live without at least having a “tear in your eye”, or a feeling of sadness, I’d be surprised.

Witchblade is based on an American film released back in the day. But only loosely based on it.

The main character: Masane Amaha is on the run from child services with her daughter as the anime begins.

In the first stage of this anime it feels chipper, happy, action packed and curious. But like many shows of its kind, those feelings change into something more like despair in the end.

Traveling the world on a motorbike. Staying in each city for at least 3 days. And listening to the stories told by the locals… This is basically the main theme of Kino’s Travels.

Kino’s Travels isn’t the saddest show I’ve seen. But towards the end of it – it drops a pile of emotions on you. And expects you to deal with it as if nothing ever happened.

It will crush your soul, and may even piss you off considering the context of it.

14. Guardian Of The Sacred Spirit 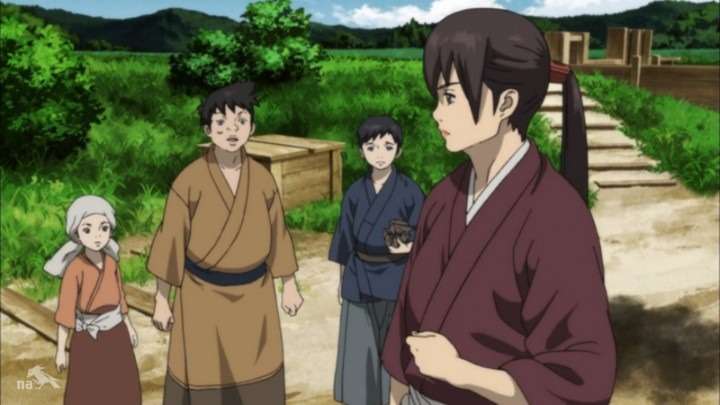 Guardian Of The Sacred Spirit is an anime about a female bodyguard and a run-away prince who’s life is in danger.

What makes this anime special is the bond formed between the 2 main characters. It’s almost like a mother and son relationship. Tender. Bitter. Difficult and sometimes too much to handle.

At some point during this 26 episode series, it’s bound to squeeze your heart-strings and push you to tears. Even if you don’t end up bawling out loud. 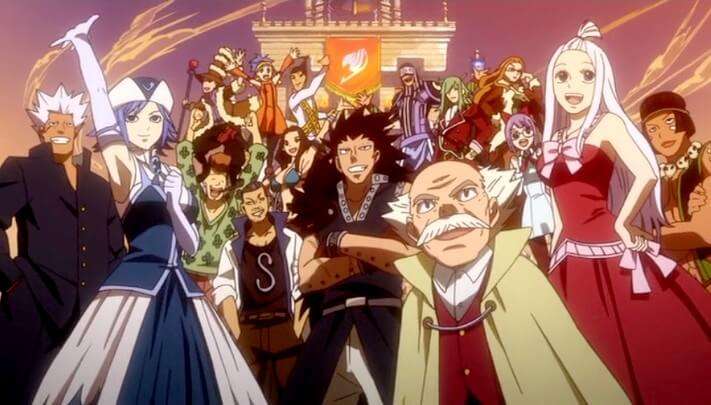 I don’t care what anybody says, Fairy Tail is one of the most emotional anime shows ever created.

It’s not because of the context of what happens that makes Fairy Tail emotional. No, it’s “how” each characters emotions are portrayed. Alongside the situations they’re put through.

It feels genuine, raw, relatable and overbearing. Even if “over the top” at times. And for this reason, Fairy Tail is bound to make you sad or shed a tear.

Emotional appeal is one of its strongest points. As well as its friendship elements that hit you in the feels.

Related: 21 Anime Friendship Quotes That Will Make You Feel Warm And Fuzzy 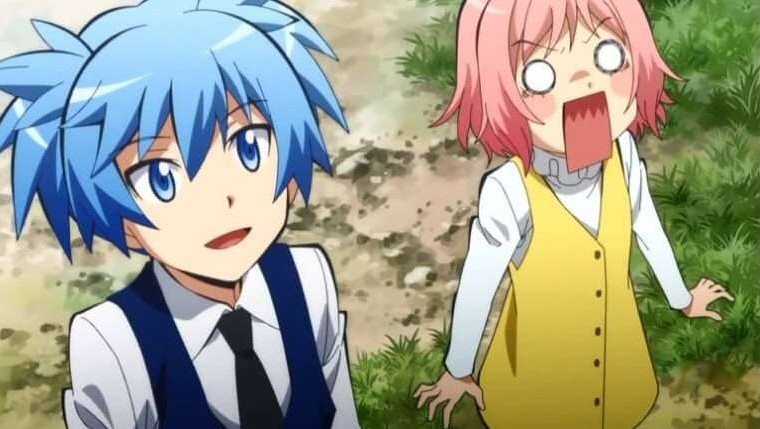 At first this anime hits you over the head with ridiculous comedy, an eccentric main character and plenty of action. From there you’re dealt a hand of life lessons and inspirational quotes.

But by time the second season comes around and you finally reach the end… You won’t be ready for the emotional bullet that triggers in the last few episodes.

It’ll kill your enthusiasm and leave you gobsmacked as to how cleverly it all falls into place. 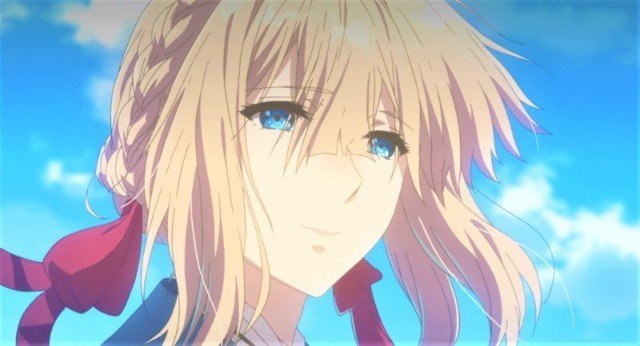 Violet Evergarden is so emotionally driven and powerful. I’ve never seen anything like it in all my years of anime.

Each episode tells a new story, as Violet Evergarden takes on her role as an “auto memories doll”. Which is slang for someone who writes love letters for other people, to help them express their feelings.

With each new client of Violet’s, you see a different side to Violet’s reaction. And of course – the lives of each character she impacts on an emotional level.

There’s no way you’ll get through all 12 episodes without relating to a few characters, and feeling sad because the pain, guilt and joy is expressed so well it’s almost too real.

Hinamatsuri is two anime shows at once.

One one hand you have the slice of life, comedy. This side is so hilarious and fresh you’ll struggle to not laugh at how ridiculous and silly it is.

On the other hand we have the emotionally driven story of a homeless main character, and support characters who she’s surround with. 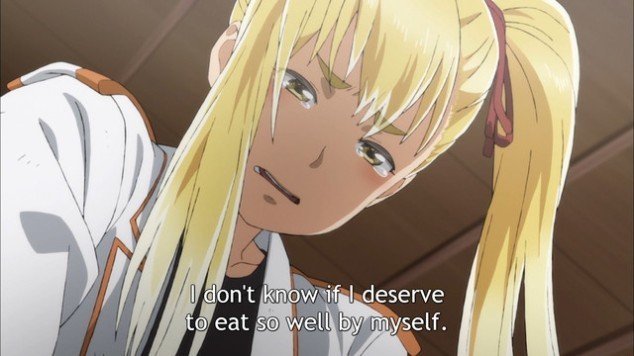 Anzu is the reason Hinamatsuri is a part-emotional series. She gives Hinamatsuri depth and purpose.

And there’s no way you won’t feel something for the characters. It’s portrayed so good and there’s nothing comparable to it.

Related: 7 Tough Life Lessons You Can Learn From Hinamatsuri

Ahem ahem. WHERE THE HECK DID YOUR LIE IN APRIL AND TOKYO GHOUL GO?

Where’s “your lie in April” series

I think you should watch Anohana & hotarubi no mori e too. And No doubt I agree with your list.. only 4 anime from your list I didn’t watch will watch it soon.