I’ve always seen top 5 lists as too small and petty for me to care. After all, how do you condense your entire catalog into just 5 shows?

It’s hard enough doing a top 10, but here we are anyway.

In this post I’ll break down my top 5 series of all time.

This could change in the future, but given I’ve watched 100’s of , it probably never will.

Regardless, let’s get into it.

Code Geass is an absolute masterpiece of an anime. And no one, or no has been able to convince me otherwise.

This is in spite of the fact Code Geass was one of my first 50 or so I watched.

So what makes Code Geass worthy of a top 5 list?

Really, there’s a lot to like about Code Geass. Lelouch is smart, cunning, and patient more than anything else.

These traits makes the stick like glue, and you can’t look the other way because of all the suspense and action.

Lelouch isn’t what you’d call ethical, but he’s honest and acknowledges his flaws despite the path he follows.

The heavy burden can be felt as a fan watching the , and it’s part of the ‘s emotional charm.

is an series I didn’t watch for years and years. I’ve known about it for the longest, but I got so sick and tired of hearing everyone praise it.

I caved in and decided to watch it back in maybe 2019 or so. And I can’t believe it lived up to the hype I was being pestered to the point of madness about.

The starts off with Light Yagami, a student who’s bored in school. And clearly wants something to spice up his life and make things dynamic.

He gets his wish. A f*cking of all things falls out the sky with a set of instructions on how to kill people. 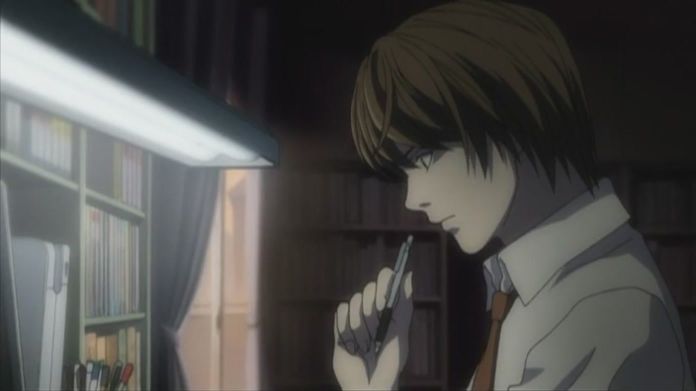 Once Light Yagami returns home and goes in his room, he’s thinking about the and how to go about using it.

This is where the insanity of , and the brilliance of the plot starts to shine and take a dark turn.

I don’t know why I was even surprised this would be good. It’s by one of my favorite studios Madhouse after all.

How the makes you question topics like morality, ethics, right vs wrong and more in relation to society and how it’s built…. Is something else.

You get to experience it all through Light Yagami, who changes his name to Kira and then starts to become arrogant and somewhat lose his way.

It’s an interesting story of how easy it is to self destruct, even with all the power in the world in the palm of your hands.

Relevant: A List Of 30 Psychological Anime You NEED to Consider

is an series I went in blind with. No one recommended it really, and I didn’t see it mentioned (I don’t follow recommendations anyway).

One thing I did know is some liked it, and others weren’t feeling it. So I got curious.

First off the starts out looking like a fantasy for the main character Tatsumi. His goal is to reach the capital, rise up the ranks, and get rich so he can help his poor village.

Before long, he realizes just how corrupt the government is, its people, and how he’s been living a dream that doesn’t come close to the savage reality.

This is the main theme and the driving force that makes so great. The drive for change, and the extremes people take to bring about a revolution by assassination high profile figures.

The struggle for freedom is real, and . It’s relatable and hits you deep.

The LACK of plot armor (which is typical for Shonen) makes stand out as well.

Realism is what makes it one of the best Shonen of all time, and one of my favorite ever made.

The ratings and more than anything else, the fanbase speaks for itself.

Jormungand, like , is made by White Fox Studios. It’s an underrated series that’s comparable to Black Lagoon.

After watching Black Lagoon I jumped in this, and came out liking Jormungand even more than Black Lagoon.

What makes Jormungand so good?

For such a gritty , you can learn some relevant life lessons here. And the realism is unbeatable within its genre.

There’s no other like it, and that goes for its characters, themes, and overall style AND original music especially.

Related: 25 Of The Greatest Anime OST’S That Will Make Your Heart Sing

5. The Disastrous Life Of Saiki K 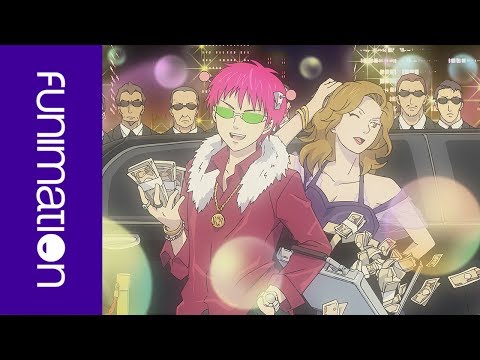 And last I’ll add The Disastrous Life Of Saiki K! It’s about a guy with psychic powers who’s introverted and wants to be left alone.

It’s surprisingly wholesome at times. Years back I would have said My Bride Is A Mermaid, but Saiki K surpasses it.

What makes Saiki K worth pointing out in a top 5 list?

You can think of this as a NEW Gintama without the extreme fanservice. Or One Punch Man in a slice of life setting.

The creators have managed to create a slice of life/comedy series without relying on fan service, cliches, and common tropes to make it funny.

That’s why it feels refreshing and original.

What are your top 5 of all time?