about mental illness are usually that:

And explore the mind, psychologically and emotionally, in ways that are either uplifting or just plain realistic.

Let’s talk about these types of in the realm of mental health. 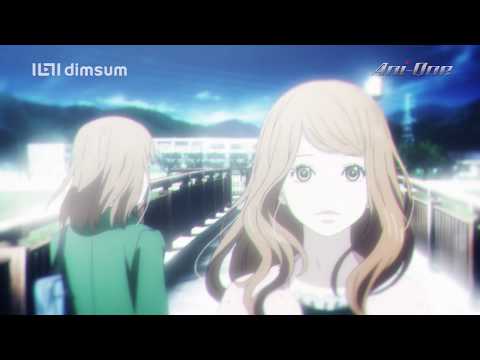 Orange is an series that should show up more in these types of conversations. It’s the perfect about mental health, and the seriousness of it.

Kakeru Naruse, one of the main characters, goes to school just like any other “normal” person his age.

He’s not disrespectful, but he doesn’t have the best attitude towards his mother. And sadly, she dies one day and he’s filled with deep regret.

That’s because of how he behaved a day before the tragedy. 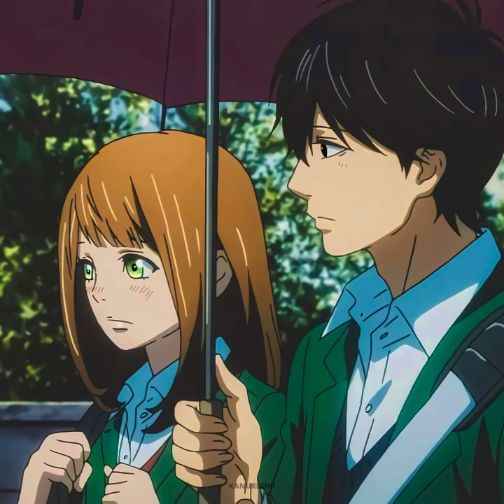 This leads to Kakeru going through depression on the highest level. The type where a person feels suicidal, has suicidal thoughts, feels alone in spite of having friends, and tries to commit suicide.

There’s a future element to this . Naho Takemiya and others get a letter from their future selves.

Basically there’s a way to save Kakeru to prevent a future event from happening that is supposed to happen.

I won’t say anymore, but there is romance and even wholesome episodes aside from the more dark and depressing episodes.

Few can compare and it does a solid job of it many will relate and empathize with. 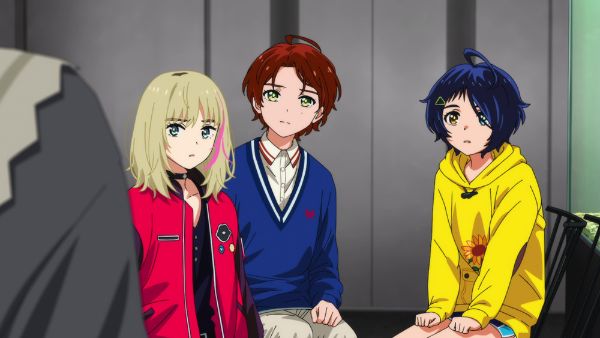 Wonder Egg Priority is an that hit many by surprise. The gorgeous animation and art style is one of the things that grabs your attention straight away.

Ai Ohto, one of the many main characters, loses a friend close to her. And she goes through depression. It’s expressed realistically.

It all feels real and is written well.

Other characters like Rika Kawai go through their own set of emotions, and every character experiences something that affects their mental state.

If you ask me the point of the is to explore depression and mental health for teenagers, and to show a preview of what teenagers can go through in real life.

For this reason it’s relatable and most can take something from it (the ending isn’t the best through). A Silent Voice is about Shouko Nishimiya, a girl who experiences bullying as a child in school.

It’s not no ordinary bullying either. Shouko is a deaf girl. She has a hearing disability. She’s targeted, picked on, bullied, and abused because of her differences.

The bullies have no mercy or forgiveness.

Later in life we see how this effects Shouko’s mental health. It almost breaks her. All the endured pain and self esteem issues become visible.

The damage becomes clear. But one bully, Ishida, turns a new leaf and seeks her out to apologize and find a way to redeem himself for his past actions. 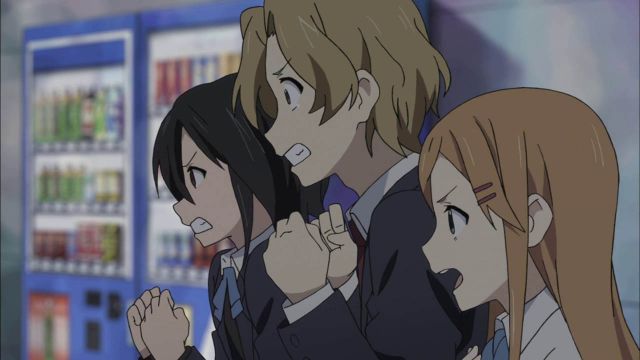 Kokoro Connect is one of those that makes little sense as far as the genre. It’s not even considered psychological, and yet that’s a massive part of the plot.

5 Main characters are one day forced into sick, twisted games by their teacher who turns out to be some sort of mysterious Alien in human skin.

He forces each character to go through trials and tribulations against their will. Like making it so one person can hear another person’s thoughts clearly, causing conflict.

Or making it so one character switches bodies with another at random, and things even worse at times.

Mental health, perseverance, pain, guilt, and emotional baggage are all part of this . And that’s aside from the comedic/slice of life aspects that fit in nicely.

Psycho Pass is an action/police series with psychological elements, based in a futuristic society.

In this society, everything is run by technology.

In a way, it’s a dark  insight into how real life could look in the far future.

Akane Tsunemori is a NEW police officer. The police force use guns called Dominators which measure a person’s mental health.

If it judges a person’s mental health to be too high as far as numbers, they’re murdered on the spot or jailed.

If it’s a low number, they escape any sort of punishment. And this is all judged by A.I and essentially a robotic gun with a mind of its own.

You can see just by watching the series how mental health, and even mental illness (psychopaths, etc) is a running theme. Along with morals, ethics, and how that’s managed in a tech society. 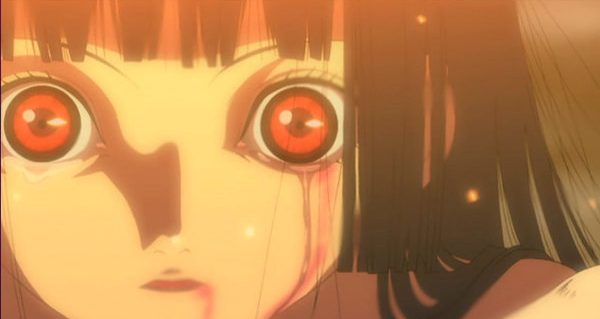 Hell Girl is about Ai Enma. She’s someone who’s summoned if a person meets the right conditions at 12AM.

If so, they use Hell Girl to send whoever they want to HELL. Usually for vengeance.

There’s a victim in almost every episode of this series, viewed from the perspectives of humans living their lives.

A doctor who abuses and kills dogs for example. This leads to a person taking revenge against that doctor.

Or in other cases, bullies, hateful people spreading false rumors to destroy a person’s reputation, etc. Mental health and psychology runs deep in this horror series. 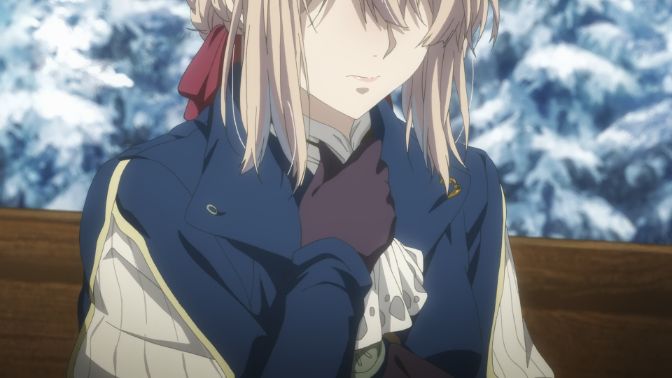 Violet Evergarden is a an ex-war soldier, who was forced into war and used as a weapon.

Years later after the war, this Orphan is now battling with her emotions. She feels regret for her actions, even if it was against her will (grooming).

She sets out to seek answers for her grief and questions, and helps a lot of people deal with their mental health along the way. And their inner trauma and emotional baggage.

By doing so, she helps herself and becomes a happier, more stable person. And ironically, becomes more human in the process. 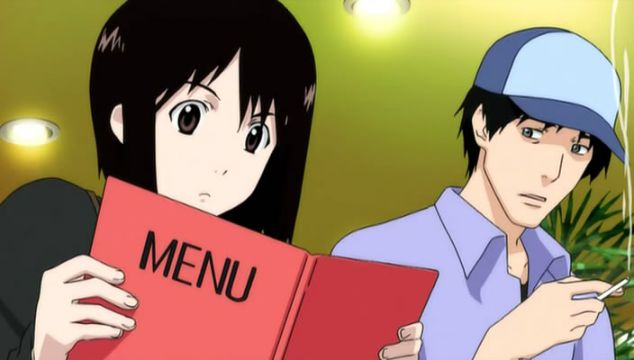 This is about a NEET. A shut-in who closes themselves off from the world. Or as they say in Japan – a Hikikomori.

You can see where this is going already. Many of these people are depressed, have strong anxiety, feel lonely, and have self esteem issues.

Welcome to NHK explores these thoughts, mindsets, and ways of being and feeling.

It goes further than just this obviously, but this is an important part of what makes the distinct. Especially as a slice of life! 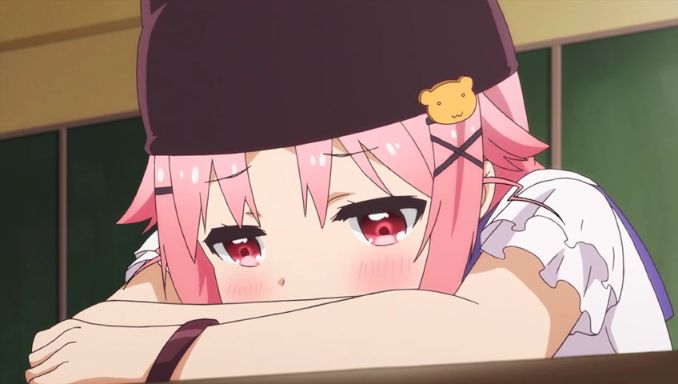 Gakkou Gurashi is about Yuki Takeya, an optimistic, care free girl who makes an effort to live life to the fullest.

She’s the type of person who brings everyone’s spirits up, and encourages others through hard times.

Even though simple, she’s inspiring.

After a tragic event in her school and the current pandemic, Yuki Takeya develops Psychosis as a result of PTSD.

Psychosis is a mental illness that causes you to we’ll say, SEE things that aren’t really there. A dead person for example could appear to be walking down the street, and even living in your house as if they’re still alive and well.

The is more than this with it being a horror/slice of life series, but mental health is a strong aspect that makes everything connect. 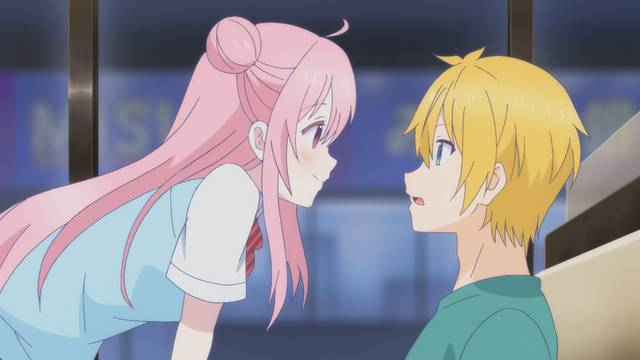 Happy Sugar Life is about Satou Matsuzaka, a pink haired protagonist who’s , charming, and appears to be a normal, hard working girl.

She also likes messing about with guys, and is a typical teenager in that way at some point.

This all changes when she finds a kid abandoned by their parents, and left for dead. She then “adopts” this kid called Shio Kobe and they start living together.

What appears to be a platonic relationship between the two is actually more along the lines of pedophilia in some aspects. 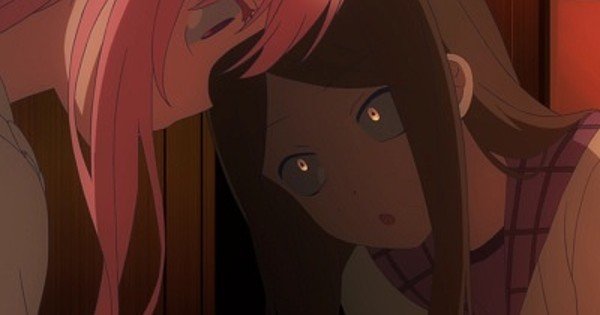 Satou has never had a normal childhood and doesn’t understand what “love” is supposed to be. This plays into her self proclaimed “love” towards Shio. Who’s no older than 7.

Mental health is a big part of this sick, twisted horror series that explores the nasty side of human beings, as a result of the twisted things we can be put through as children or teens.

The is both disturbed with a sense of wholesome, more pleasant feelings mixed into the madness. 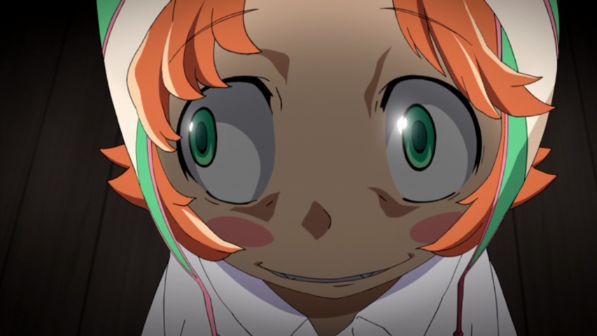 Future Diary is madness all around. Everything about it is crack cocaine taken to another level.

Yuno Gasai is the famous yandere who’s known across the industry. Her messed up childhood turns her a bit psychotic and disturbingly needy.

Her Stockholm syndrome partner, Amano, has issues of his own. Mostly related to Yuno Gasai.

The bigger picture of the is about a death match created by “God” for his own entertainment. Diary users with their own abilities, are forced to fight it out to win. 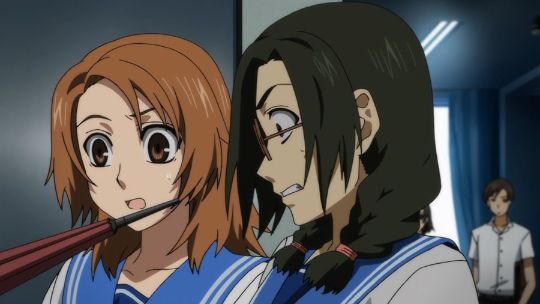 Electromagnetic Girlfriend isn’t an you’ll hear about too often. It’s a short series but one with depth and meaning.

Ame, one of the main characters, comes across as a weird girl who’s introverted and follows around the other MC called Juuzawa.

They both end up together in situations close to death, tragedy, murder, and savage crimes.

Being a short series (2 long episodes) there’s not as much crammed into this as far as mental health goes. But it’s relevant.

13. Higurashi: When They Cry 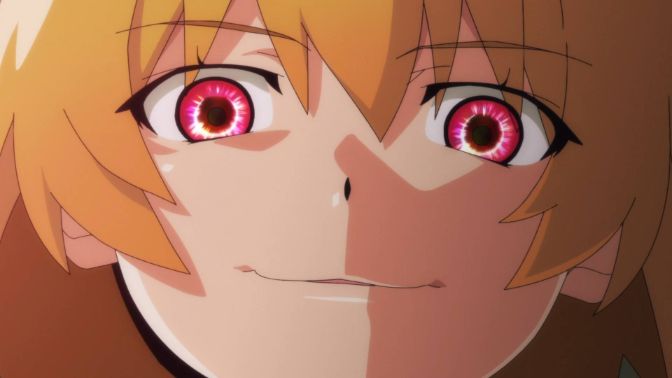 Higurashi: When They Cry is an that dissects and picks apart the darkness that lies within all of us. It shows the nasty side to human beings in high pressure situations.

It goes further than that.

In Hinamizawa, a village with a demon curse called Oyashiro, everyone seems to be driven crazy for prying too much into things they shouldn’t.

Beating someone to death because of your own paranoia for example (irrational fear of committing a crime you never did). Or putting needles in someone’s food because they won’t do as you say.

Each mini arc focuses on each character, and shows you how easy it is to push a person over the edge, and the mindsets and experiences that push them to it.

Related: 9+ Anime Shows Like Redo Of Healer With Gore, Horror, And Fantasy 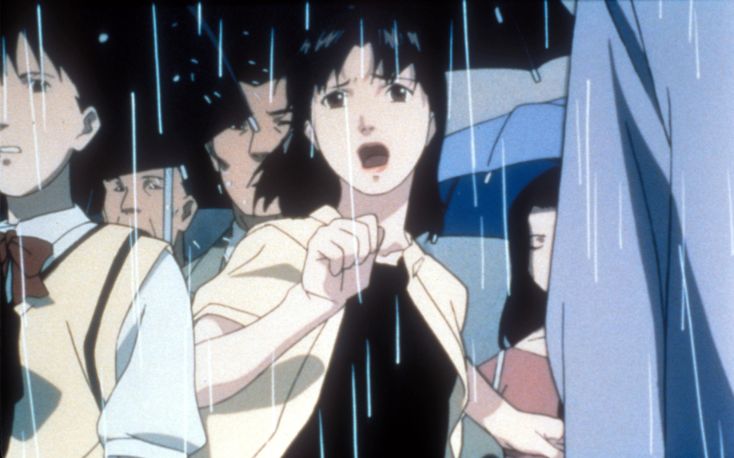 Perfect Blue is about a celebrity who’s being stalked, plain and simple. That leads to an obvious mental breakdown for the main character who’s an ex-idol.

Once she quits the Idol life because it’s getting too on top, one of her crazy fans takes that decision as disrespect. And decides to take things to the next level.

This fear is what pushes Mima Kirigoe into thinking and seeing things that may not even be happening. The stress eats away at her mind and soul, bit by bit, and you see the whole process of it. 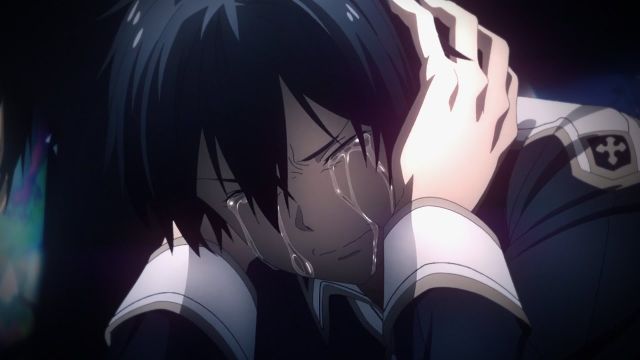 is an about gaming. It’s also the that pushed the genre to the mainstream, and made it as popular as it is today.

In this VR Gaming series, the main characters are locked into the VR world, forced to fight to the death. Ironically, dying in this world means dying in real life.

in itself isn’t an about mental health, but there are parts of this series, depending on the arc or season, that highlights mental health.

Kirito is one aspect of it, and the emotions he goes through in season 1 after so much trauma.

Mental health isn’t the focus of this series, but more of a side effect in the earlier stages of the franchise. 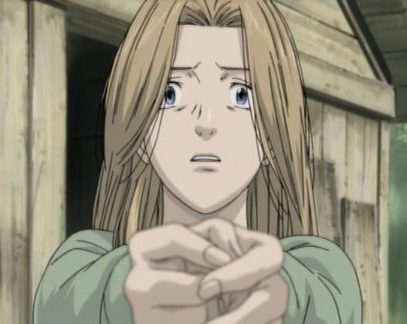 Monster is the ultimate psychological . A masterpiece that shows you it isn’t necessary to throw in fantasy or supernatural elements to make a series shine.

Kenzo Tenma is on the hunt for a serial killer named Johan Liebert. The reason is when Kenzo was a surgeon, he saved this serial killers life when he was 10 years younger (still a kid).

10 years later that same kid becomes a serial killer, and Kenzo Tenma regrets it and holds himself responsible for his actions.

That’s how he feels anyway.

70+ episodes is how long the is. It has one of the best written anime villains, and aspects of mind, mental health, and psychology ever made.

11 Anime Characters You Can Relate To On An Emotional Level