streaming services are struggling with it.

Piracy’s been happening since the 2000’s in a meaningful way. To the point where anime companies took notice, and sites like ANN complained about it.

This was especially true in ‘s early days of starting out as a pirate. Which may have “inspired”  a few sites like KissAnime to come into the world some years later (2012). 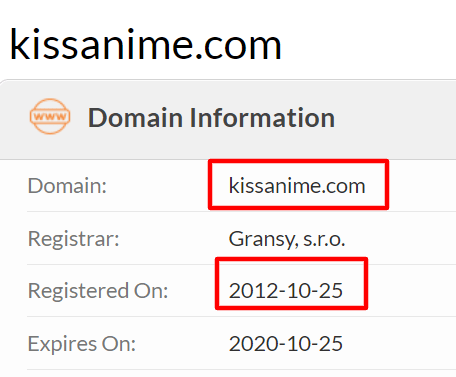 Technology has gotten more sophisticated, intelligent, and more accessible to people who are less technical since then.

You could say that’s why anybody can literally start an anime pirate site these days, and dominate in a short space of time.

The demand is there, and after a little “learning” of how to use certain technologies, you can mask your identity and get away with murder. Even if blood is on your hands.

streaming services are losing the fight

And I don’t mean that literally.

(an Anime Motivation partner) is the biggest streaming service in the world.

They’ve even started dubbing anime shows like Tower Of God. And have other things in the pipeline.

But because of the state of piracy, it makes you wonder how much (and others) are missing out on.

And how much the industry is losing out on as a whole. Hence “losing the fight”.

Kiss Anime in the month of April 2020 had almost 110 MILLION visitors.

That’s more than double , and in the average month is more than , , and other legal sites combined.

The sheer amount of that’s bled through this ONE site must be insane, as far as the implications to the anime industry.

It doesn’t stop there

They haven’t been around as long but they’ve got more traffic than most legal anime sites (streaming or otherwise).

Not even has that much traffic.

And Gogoanime takes it even further. They had almost 80M+ visitors in the month of April 2020.

When you combine these 3 pirate sites out of 1000’s on the internet, you get over 200M+ fans who chose pirate sites over legal sites in the month of April.

Think about how insane that is.

That’s only 100M+ less than Twitter’s monthly visitors, a site no one on the planet hasn’t heard of.

And beyond that – 200M+ anime fans are basically saying “streaming services are so bad, we’d rather pirate it”.

That’s not a number to take as a joke, and it tells an important story about why anime services are losing to piracy. And why they can’t stop it.

I’ll get into the reasons why that is. 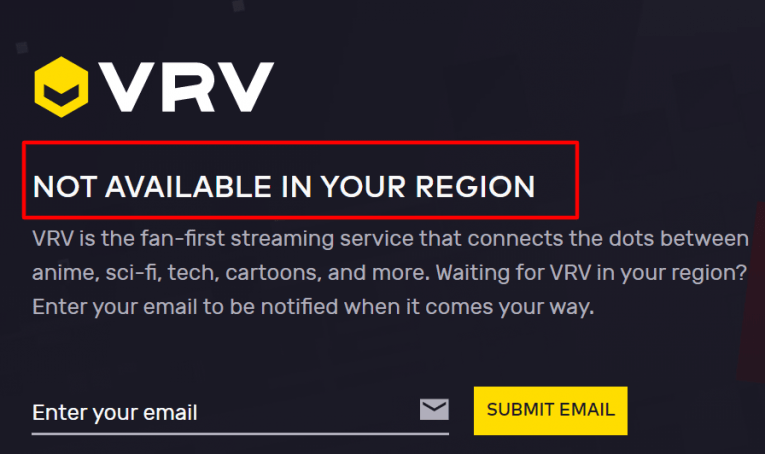 I just checked VRV, a service under the same umbrella as , and look what it says.

“Not available in your region”.

There are even MEMES about it because it so common outside Japan and the US. 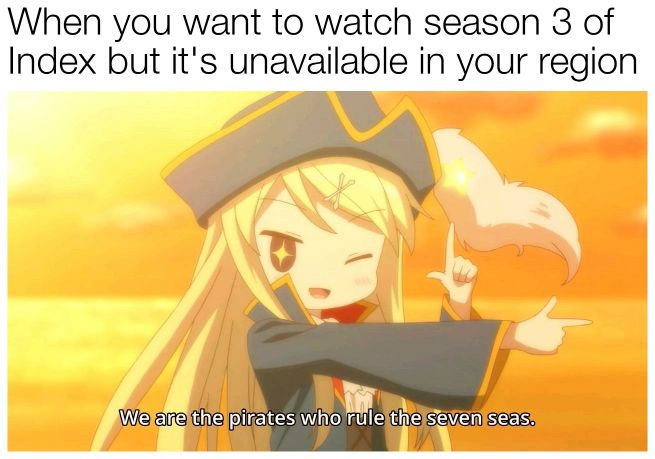 This is one of the reasons anime piracy.

The beauty of the internet is we can all access the same information, websites and more no matter where we are in the world. Ignoring countries like China, obviously.

But what good is that beauty if you, a dedicated anime fan can’t watch your favorite shows… For reasons you CAN’T control?

The cost of that problem is piracy.

One person on MyAnimeList admits to using a VPN to access . And finds it ridiculous to have to even go to those lengths.

Another person on MAL says they do pirate anime and want to support the industry. But they pirate anime because they run out of patience (like having to use VPN, etc).

That’s the state of region blocking, and how it affects anime fans all over the world (even in the UK).

Because of the way licensing and region blocking works (thanks to the license owners), they’re unwilling to change, innovate or make the restrictions looser to compensate.

No one has bothered to think about how licensing and region blocking can be redone for decades. And once the internet came around, it pointed out the weaknesses of this model.

That’s why anime piracy is so necessary. Even paying customers will pirate anime since they can’t watch everything otherwise.

2. Having to jump through unnecessary hoops 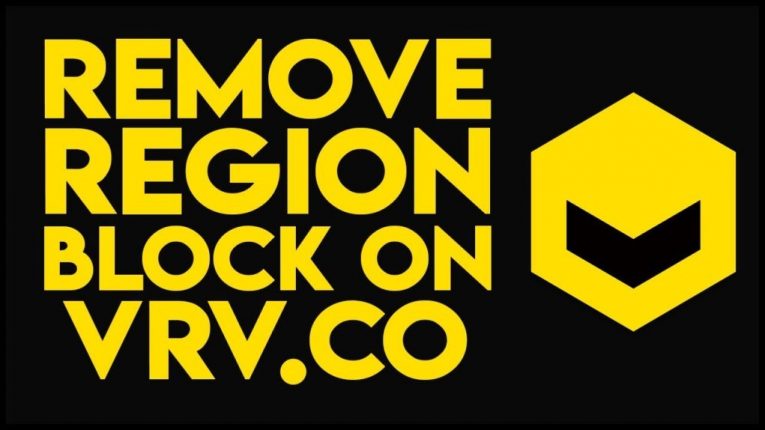 There are even videos on how to remove region blocks for anime sites like VRV.

Of course the usual method is using a VPN, but that comes with its own problems.

When you use an average VPN (a free version) it can slow down your connection…. a LOT.

Sometimes the connection might drop all of a sudden, or you might be in a country where VPN’S aren’t fast.

Only premium VPN’S (paid) are worthwhile for something like this. But that creates another problem: paying for another service JUST to watch a region blocked anime. 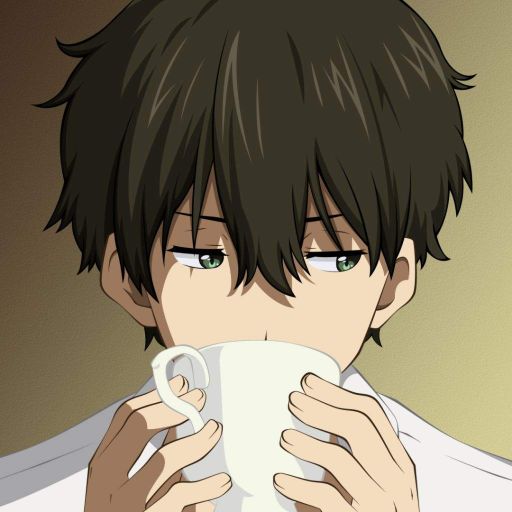 That’s a lot of unnecessary hoops to jump through to watch anime and support it.

Some fans aren’t willing to go that far, seeing as the issue has nothing to do with them at all.

It’s an issue of the anime industry, how it works, licenses, and the complications of where anime can and can’t be viewed. Depending on the country, laws, and other things.

The logical thing to do in this case is to pirate anime.

Even a subscriber was willing to cancel their subscription because of a region block in Sweden.

That’s how severe it is, and how much of a pain in the you know what piracy has become.

And so that’s why you have so many MORE people using pirate sites compared to legal services like or .

Convenience always wins in the face of headaches and problems.

Relevant: The Paradox Of Piracy In The Anime Industry

One image is KissAnime, the other is .

It’s clear to see ‘s site is better designed. Everything about it is solid.

In reality though there aren’t over 1000 anime titles available on outside the USA.

And other parts of the world, anime shows in their catalog.

I’m not picking on either (Anime Lab are in the same boat).

Now compare that to anime pirates 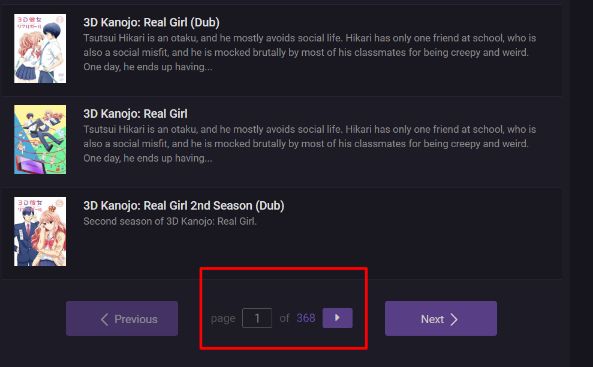 Each page has about 30 anime shows, some with variations (dub and sub).

When you do the math they have over 11,000+ anime titles on their website.

KissAnime doesn’t list their number of pages but I can only imagine how much higher it is (they’re the biggest after all).

And the difference between a pirate like KissAnime and legal sites is everybody, in EVERY country can watch these anime without a VPN or region blocking.

It’s available 24/7, 365 days of the year. With no inconveniences that sit in between to prevent you from watching any anime that comes to your mind.

This is true even if it’s an old series like , or You’re Under Arrest.

The only issue is dealing with malicious ads and viruses. And fans are willing to at all costs.

So what’s the solution?

Japan is the solution. They control anime, and everything falls back to them.

We can do something about it on the outside, but how much we can do is minimal. “Influence” is about as far as it gets.

Or maybe Japan isn’t fussed about fixing the issue, depending on how much they’re willing to lose over piracy.

It’s not like the anime industry isn’t thriving anyway. Even if that’s only true if we ignore certain things like working conditions with animators and artists.

What happens next, especially after the #coronavirus pandemic is anyone’s guess.

This Is Why Japanese Animators Are Underpaid (And Overworked)