The best girl in  isn’t always the main character. In fact, it’s the side character. Or a secondary female character.

It’s so bad when it comes to the best girl losing, you could call it best girl syndrome.

It’s like they’re almost destined to lose to the main heroine, or get written out of the story in place of the lesser character.

This even happens with MAIN characters from time to time.

1. They lack the self confidence

Kosaki Onodera in the image is a good example. She’s from the series: Nisekoi.

The word “Nisekoi” translates to fake love, making the outcome of this series even more ironic.

Onodera likes the main character called Raku. In fact they were childhood friends. She’s known him for a long time.

This is the source of Onodera’s feelings for Raku. That said, it never turns out in favor of Onodera.

Why? Because she lacks self confidence.

She might be attractive, sweet as anything, feminine and gorgeous, but that doesn’t matter.

She may even be “the best girl” and the right match. Especially in the early stages of Nisekoi.

But ultimately, she doesn’t have the confidence or courage to speak her mind and say what she wants.

She’s not brave enough to convey and share her feelings with Raku.

He might be a bit of a dense muppet who needs the truth spelling out for him, but it doesn’t matter in the end.

If you don’t have the confidence to go after what you want, someone else will TAKE it.

This is especially true in the context of relationships and the game of romance. 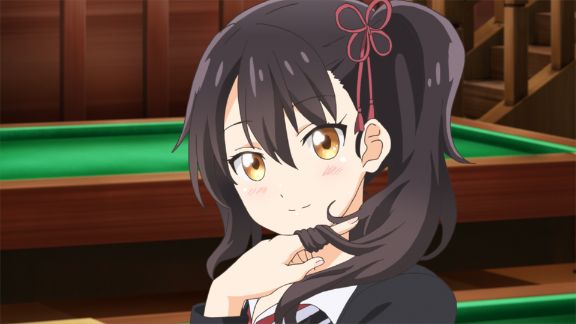 She’s definitely “best girl” without a doubt. And the perfect match up for Inuzuka, the main character.

Hasuki, just like Onodera in Nisekoi, is a childhood friend of the main character in Boarding School Juliet.

She knows him better than anyone. There are even people who are jealous of how “close” she is to Inuzuka.

That’s the kind of bond they share and it’s easy for everyone else to notice.

But again – confidence and courage is lacking, which is surprising in Hasuki’s case. 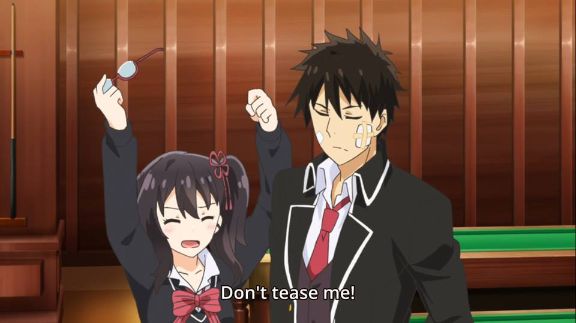 And has a strong will and has standards she won’t compromise on.

But in the end, it doesn’t matter because she doesn’t have what it takes to speak her truth early on.

She’s afraid of rejection, like many people, especially women. And those insecurities and mental gymnastics is what causes this “best girl” to fail in the game of romance.

Even if she handles it well and doesn’t get in the way of their relationship, it doesn’t change the fact of self confidence being one reason why best girls tend to lose in .

Related: 18+ Anime Shows With Lots Of Kissing Scenes And Romance

2. They’re written out of the romance and replaced 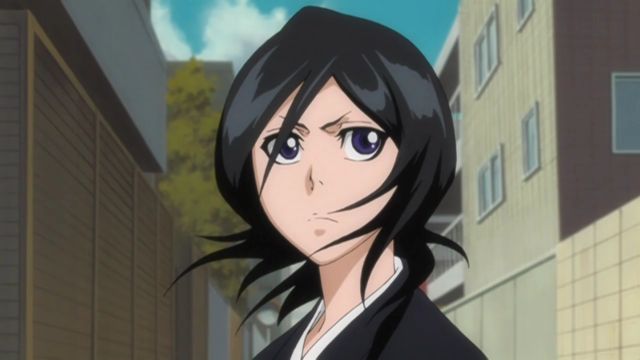 In this case we have a MAIN character who happens to be best girl.

Her name is the one and only Rukia Kuchiki from BLEACH.

Bleach is a long enough series. 370+ episodes all together. Rukia is the first soul reaper Ichigo runs into.

That’s how the starts off pretty much when they come into contact with each other.

From there, the bond and relationship between Ichigo and Rukia starts to build.

They become so close and familiar with each other, that Orihime Inoue (side-ish character) becomes a little jealous. 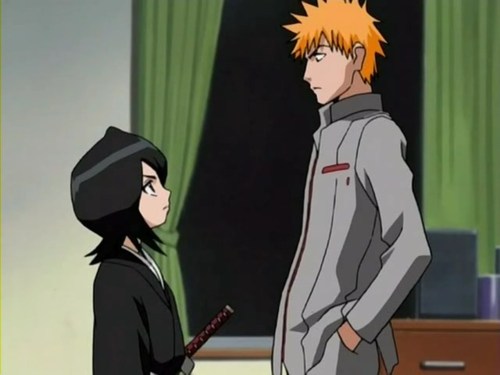 They end up fighting alongside each other, and some of the best moments in Bleach involve both Rukia and Ichigo.

There’s no debating that, but that’s another story.

The long and short of this “tragedy” is Rukia is replaced with Orihime as Ichigo’s girlfriend.

And in spite of the fact the fanbase knew it made the most sense to pair them up together.

Orihime just doesn’t compare because of how poorly written she was in a lot of aspects. But that aside, Rukia was done dirty like many “best girls” over the years.

We see similar things play out in the MUCH shorter : . A romance/slice of life series.

Minori Kushieda is the character in the GIF and one of the ‘s “best girls”. Especially early on in the series before things get dramatic and emotional.

This is shown very early in the series.

Minori is confident, jolly, easy to get along with, and a good laugh.

None of this matters though because despite her confidence or personality, she pushes Ryuuki away.

Even though she has feelings for him. 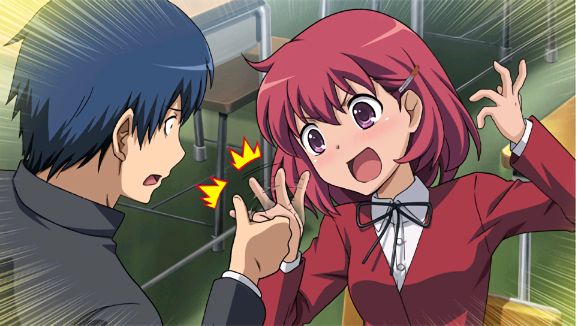 The real reason is not because she believes Ryuuji would be better off with Taiga Aisaka, but because she’s deliberately written out of the romance and replaced with Taiga.

It’s the same way Rukia was replaced in Bleach, even though it would have made complete sense.

This is even more true when you realize how much of a b*tch Taiga was initially (before character development and all that jazz).

This can all be subjective, but it’s still an objective reason why “best girls” tend to lose.

3. They were never supposed to win

Yuigahama is an important character in Oregairu. She’s one of the “trios” you consistently see.

On the surface Yuigahama is:

And likes to keep company. She’s not the lone wolf type and has tons of energy to spare.

She’s the girl everyone likes or gets along with and appreciates.

Below the surface there’s more to Yuigahama than it first appears. But what ultimately matters is she was never meant to win!

I noticed this around the “nice girl speech” part of Oregairu. 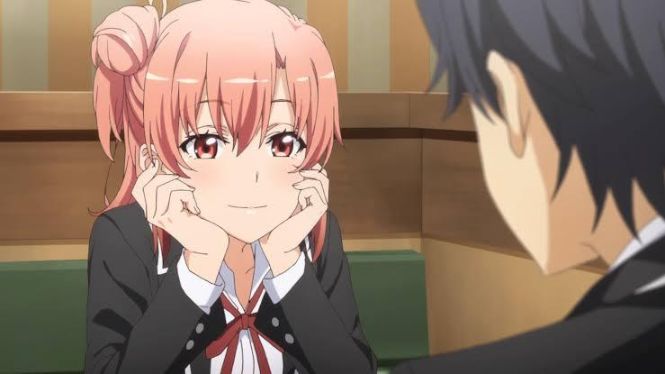 Hachiman see’s Yuigahama as one of those nice girls who are nice to you or everyone, but that’s where it ends.

They make everything seem more wonderful than it really is.

That’s besides the point though.

Hachiman’s mindset, plus Yui’s position in relation to Yukino (who eventually wins) is where her chances start to fall apart.

I appreciate how subtle the is about it, but it was written in a way where you could see she was never gonna win.

We see the same thing in the SAME with Iroha Isshiki.

She’s more of a side character compared to Yuigahama, but she’s one of those where she’s memorable enough to compete.

The fanbase enjoys Isshiki in general, and would agree she’s one of the best girls of the show.

While Isshiki hasn’t made any blatantly obvious moves on Hachiman to prove her interest, it is hinted in the series.

Like when she takes Hachiman out on a date.

But just like Yuigahama, she was never meant to win and the writers wouldn’t allow it. 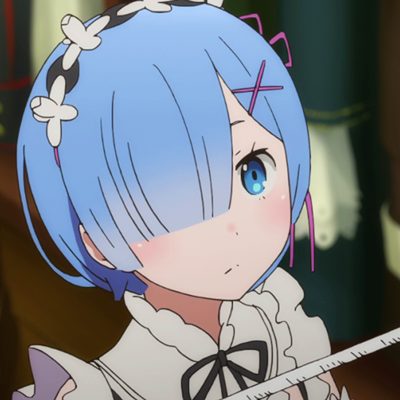 Not that I ever agreed with Rem being best girl, but you could say it’s the same thing with her.

In Re:Zero, Subaru Natsuki chose Emilia in the first episode of the series. She’s the first person he meets in another world.

He bases his goals in life around Emilia, so the pairing is set in stone.

When Rem comes into the picture, well, she basically kills him twice. Not a good start at all.

Then later because Subaru had no choice, he’s on his best behavior to get along with Rem to prevent her killing him.

Later beyond that they build a strong bond together, and Subaru ultimately turns down Rem’s confession.

She was NEVER meant to win from the start. And that becomes clear by how she’s “used” in the story.

Those are the main reasons best girl loses

And other types of shows from different genres.

In the end though it’s all the same. Meaning it’s either they lack confidence, they’re written out of the romance, or they never stood a chance.

Even if they had all the qualities needed to come out on top!