Ef: A Fairy Tale Of Two quotes taken from characters:

Ef: A A Fairy Tale Of Two is a Manga romance that was adapted into 2 anime shows Ef A Tale Of Memories  a Tale of melodies.

It’s similar to Clannad and Kanon by Kyoto Animation.

This Manga (and anime) has quotes  relating to life, romance, and happiness. All things you can take something from.

Here’s the best quotes worth sharing. 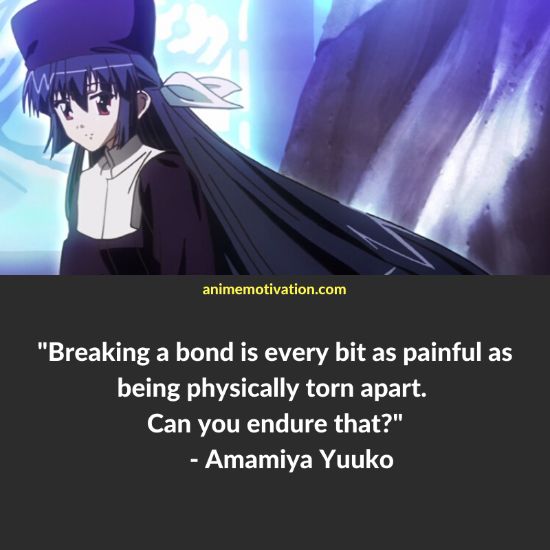 “Breaking a bond is every bit as painful as being physically torn apart. Can you endure that?” – Amamiya Yuuko 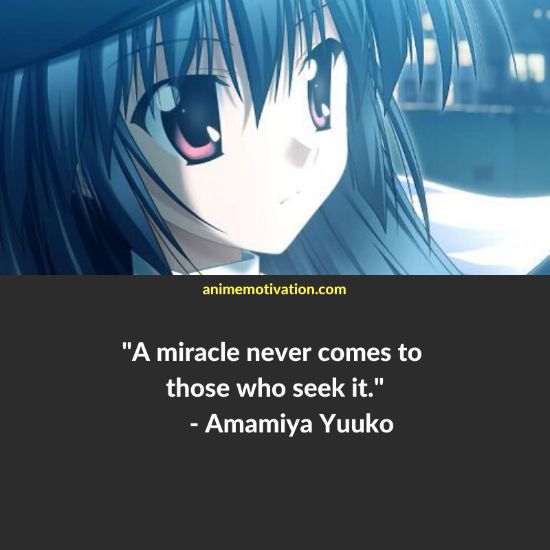 “A miracle never comes to those who seek it.” – Amamiya Yuuko 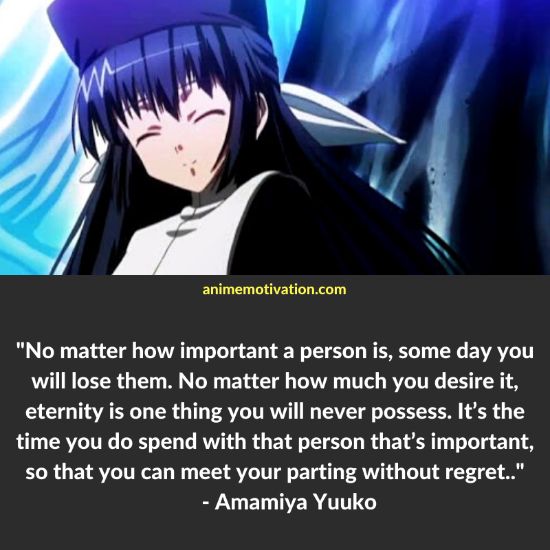 “No matter how important a person is, some day you will lose them. No matter how much you desire it, eternity is one thing you will never possess. It’s the time you do spend with that person that’s important, so that you can meet your parting without regret.” – Amamiya Yuuko 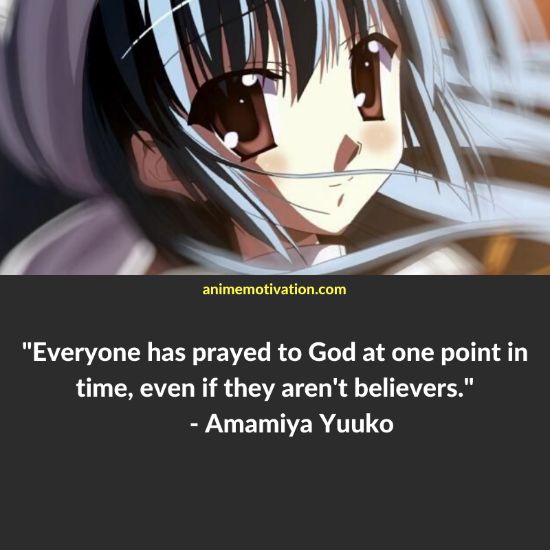 “Everyone has prayed to God at one point in time, even if they aren’t believers.” – Amamiya Yuuko 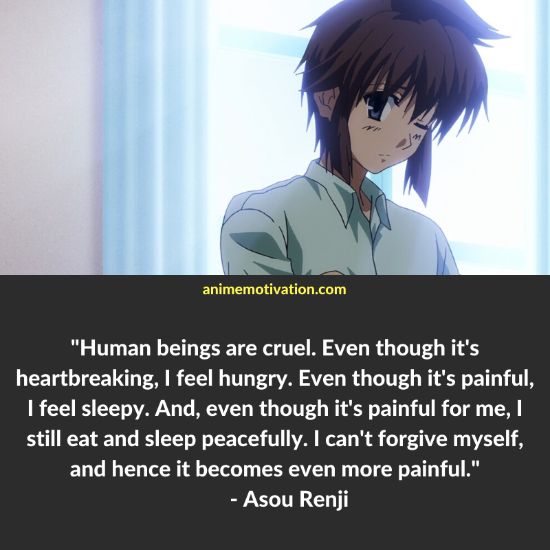 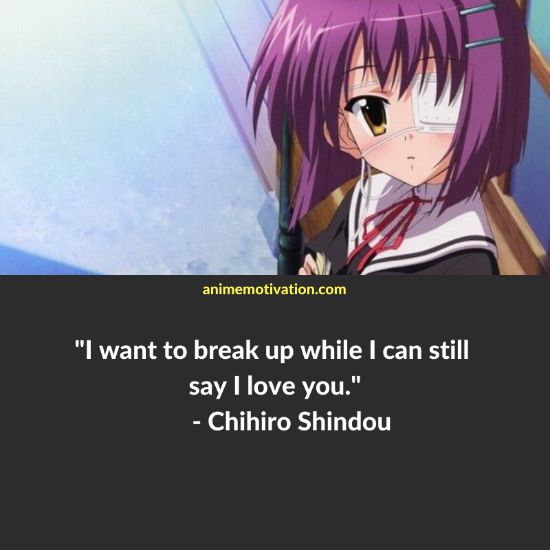 “I want to break up while I can still say I love you.”  Chihiro Shindou 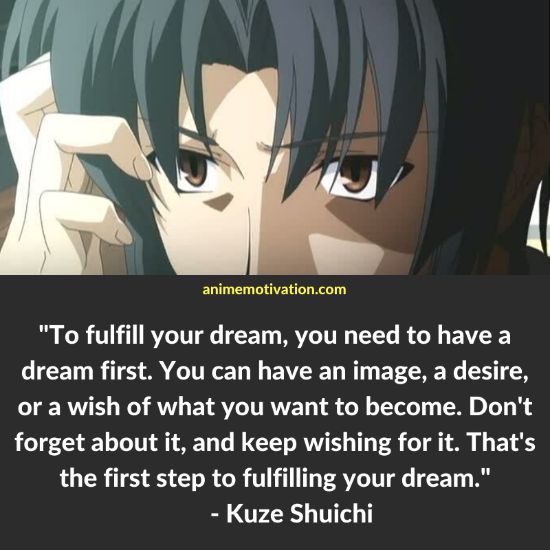 “To fulfill your dream, you need to have a dream first. You can have an image, a desire, or a wish of what you want to become. Don’t forget about it, and keep wishing for it. That’s the first step to fulfilling your dream.” – Kuze Shuichi 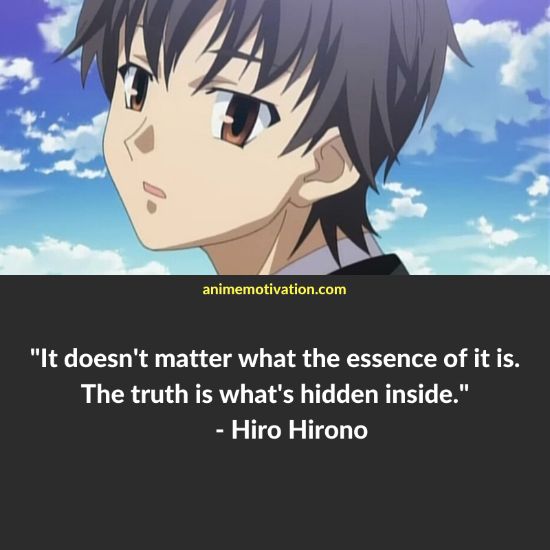 “It doesn’t matter what the essence of it is. The truth is what’s hidden inside.” – Hiro Hirono 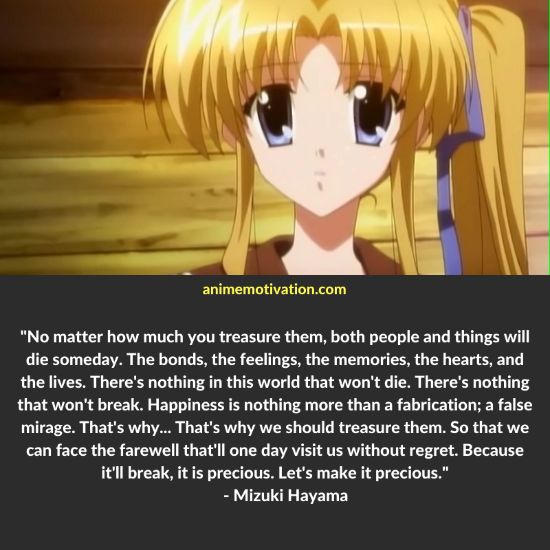 “No matter how much you treasure them, both people and things will die someday. The bonds, the feelings, the memories, the hearts, and the lives. There’s nothing in this world that won’t die. There’s nothing that won’t break. Happiness is nothing more than a fabrication; a false mirage. That’s why… That’s why we should treasure them. So that we can face the farewell that’ll one day visit us without regret. Because it’ll break, it is precious. Let’s make it precious.” – Mizuki Hayama 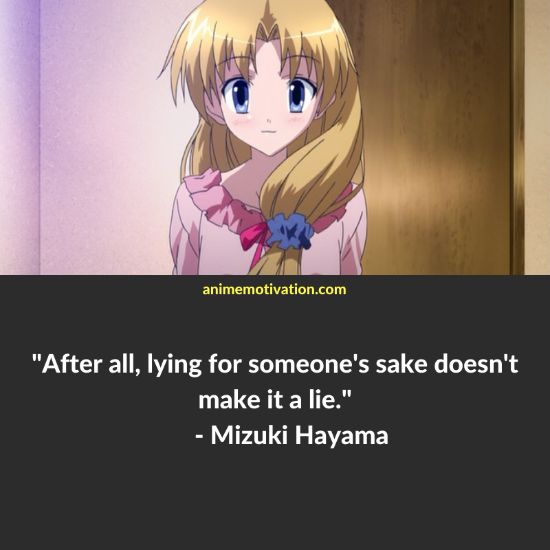 “After all, lying for someone’s sake doesn’t make it a lie.” – Mizuki Hayama 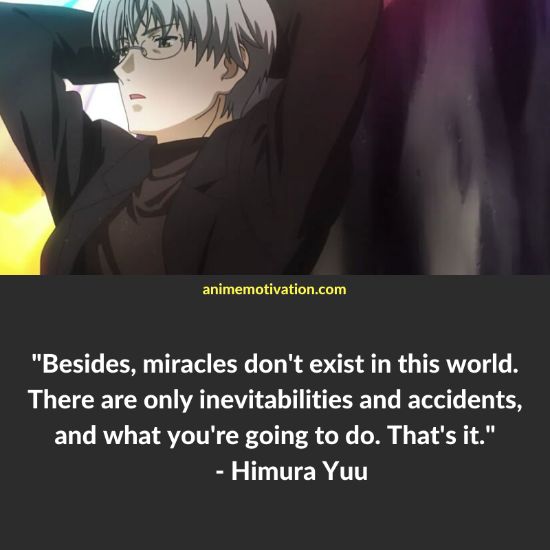 “Besides, miracles don’t exist in this world. There are only inevitabilities and accidents, and what you’re going to do. That’s it.” – Himura Yuu 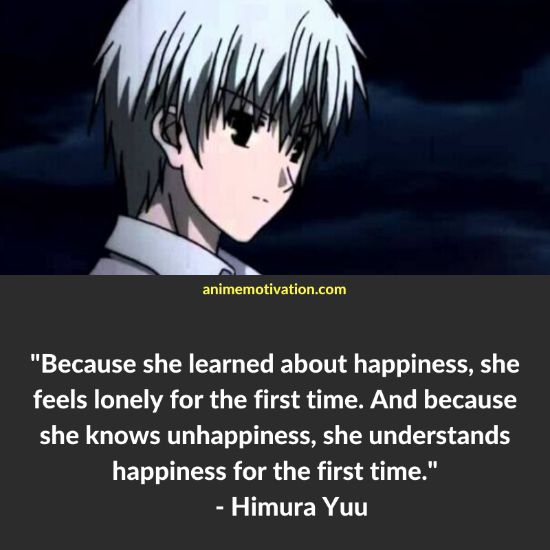 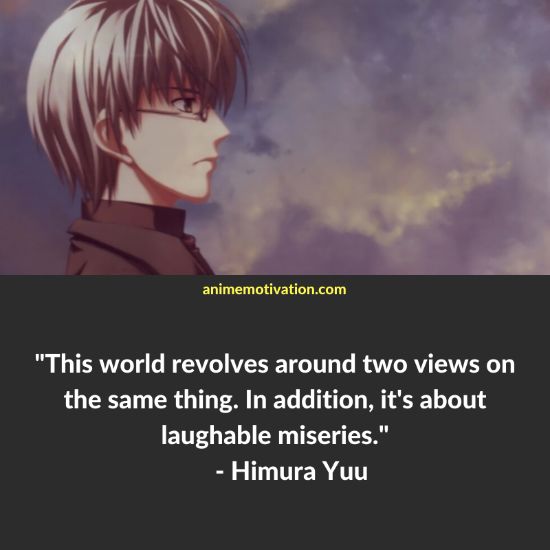 “This world revolves around two views on the same thing. In addition, it’s about laughable miseries.” – Himura Yuu

21 Of The Best Quotes From Kanon

42+ Of The Greatest Hayao Miyazaki Quotes About Life