Edens Zero is an and by the same author as . But it’s a spin-off series.

While it’s not a direct sequel to , it does take design-inspiration from .

In this world, space, the cosmos, bigger adventures, and lots of world building takes place. Not to mention magic, comedy, and all the good stuff the author is known for.

Let’s talk about comparable along those lines. 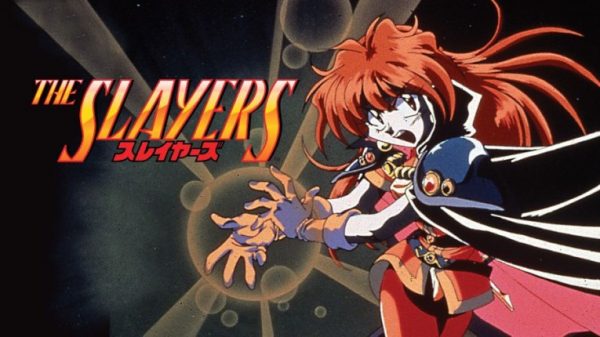 is an old school anime series at this point. Studio is J.C Staff. It first released in the early 1990’s.

That all said, there’s a lot similar to Edens Zero.

Lina is officially one of the most powerful characters around. And the adventure aspect of this is a good transition for Edens Zero fans. 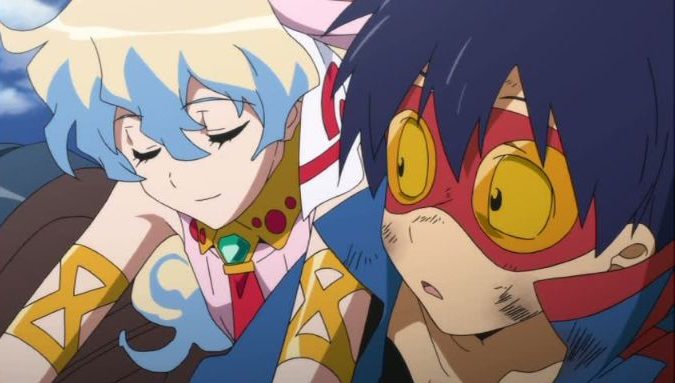 Gurren Lagann starts out with the main characters underground. They’ve lived this way for all their life.

With an undying ambition and determination, they break out and reach the surface. And later there’s a “space” aspect to this .

This is where I draw some of the comparisons to Edens Zero.

There aren’t many adventure series as good as Gurren Lagann, or as enjoyable and wacky. With some powerful life lessons and inspirational messages.

Relevant: 27+ Inspiring Anime Characters You Can Learn Something From 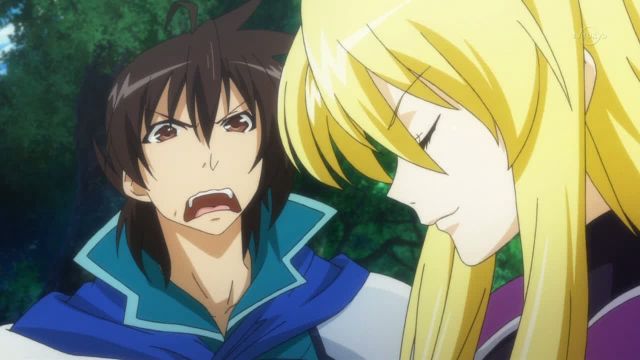 The Legend Of The Legendary Heroes is also an that focuses on magic and adventures.

The setting is more old school compared to Edens Zero. And the , as shown from episode 1, is much more violent and savage.

The violence is comparable to . And it’s continuous, but not overbearing.

It’s still a good to start watching if you want something similar and right up the alley. 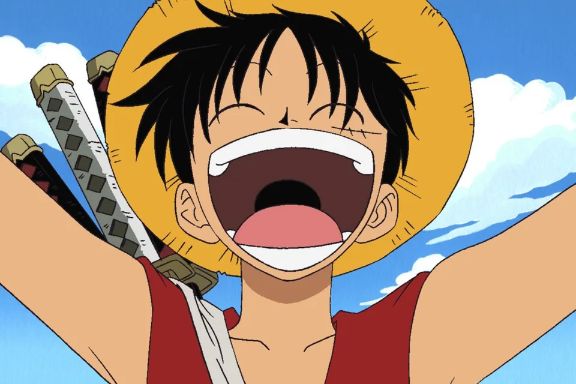 needs no introduction. It’s recognized as one of the greatest adventure series of all time.

It also has good world building aspects just like Edens Zero (or even ).

Monkey D. Luffy is your typical hype, energetic protagonist. But he’s not like other shonen MC’s.

He doesn’t jump in to save someone to be heroic. In fact his motivations are unique and that’s why he stands out.

Related: 49 Of The Most Noteworthy One Piece Quotes Of All Time 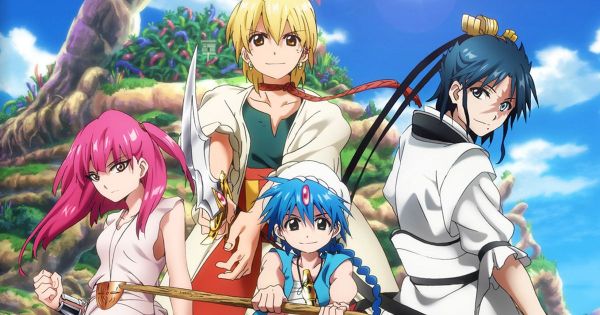 Magi: Kingdom Of Magic & Labyrinth Of Magic is a good to start watching from Edens Zero.

It’s about Aladdin, a prodigy kid, and his friends like Morgiana and Alibaba.

Morgiana in particular has a backstory comparable to Erza Scarlet.

There’s a satisfying amount of action, fight scenes, magic, and adventures with the usual comedy to uplift it.

The isn’t mentioned much these days but it’s not bad at all.

is an obvious choice and had to be mentioned sooner or later. It’s the direct inspiration behind Edens Zero.

The designs are the most obvious aspect of that connects it to Edens Zero.

Even though FT has made a name for itself and staked its claim, it’s an you either love or hate.

Either way, it has some of the best, memorable characters. And everything that shonen brings to the table.

You HAVE to watch it if you started with Edens Zero first. 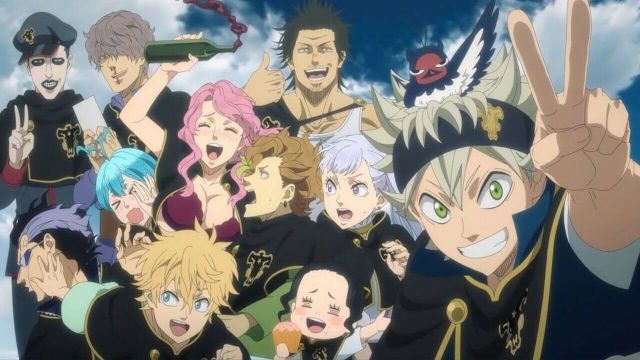 Black Clover gets a lot of hate, but also gets a LOT of love and appreciation. In this way it’s just like , but obviously different.

It’s about Asta, the typical chipper protagonist in a shonen setting. One who shouts a lot.

The ‘s had a consistent story that’s been running since 2018.

Since it’s a good recommendation for its similarities to , the same is true for Edens Zero as well.

It’s good to transition into. 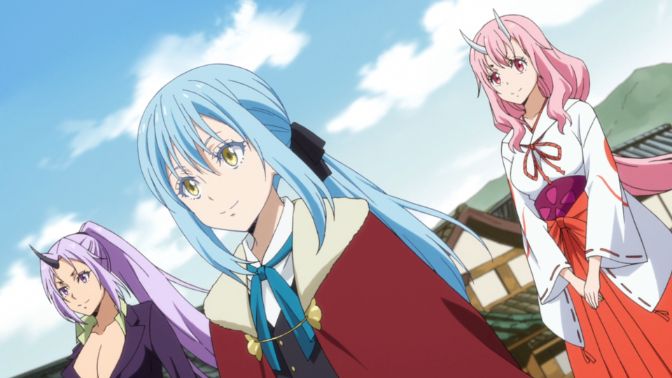 is 2 seasons in now. With the main character starting out as a slime and evolving to the point of being able to change shape.

Rimuru Tempest becomes a leader, the kind who strives for peace, but will fight if he has to.

That’s what draws people to him, and the builds heavily on this point.

There’s the fantasy element and adventures that makes it a good recommendation for Edens Zero fans. 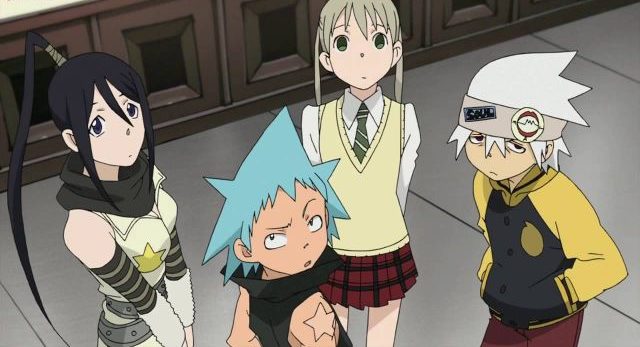 There’s also Black Star, who in some ways can be compared to Shiki from Edens Zero.

In this world it’s about meisters who wield weapons, and slay demons to collect their eggs.

On the surface it’s more like a Bleach type of vibe, but it does have lightweight relevance. Making it worth mentioning on this list. 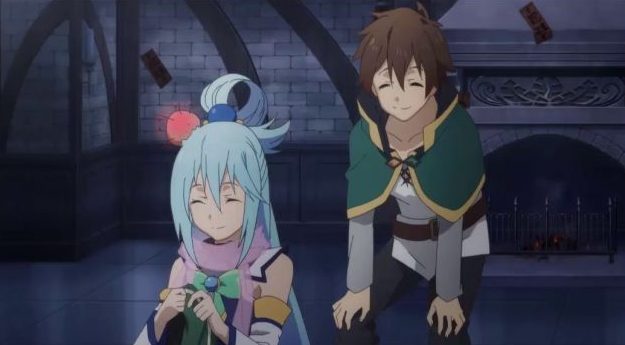 Kono Subarashii is a comedy/parody series. For the comedy and ridiculousness, it’s directly comparable to both and Edens Zero.

You’ll get a good laugh out of it and there’s a direct comparison with its fantasy, adventure, and magic elements.

Just like Edens Zero, the characters MAKE the . And how they interact with each other plays an important role in shaping the enjoyment.

The 9+ Greatest Anime Like Non Non Biyori Fans Will Appreciate