Is Rent A Girlfriend worth watching?

That is the question.

One thing I can say about the anime is there aren’t many rom com’s that have stirred up attention the way this series has.

Especially not in the way it did, with the kind of criticism, and even hate it was getting on platforms like Twitter or MAL.

When the smoke cleared though, the anime still stands and has a 2nd season on the way.

The fanbase is solidified and won’t be going anywhere.

Here’s what I think of the anime, from start to finish.

And what I think about the process.

Let’s start from the beginning. And get into how it improves overtime.

The anime starts off with Kazuya Kinoshita, the MC.

He’s literally moping and crying because he was dumped by the girl he assumed everything was going alright with.

The reason why he takes it so hard is because it’s his FIRST relationship.

Not just that, but Kazuya is the kind of guy who was never popular with girls. Or was able to attract girls, naturally.

Looks aside, that comes mostly down to his self confidence and how he appears to others.

This plays into the girl who dumps him (Mami) who basically has Kazuya wrapped around her little finger.

That becomes obvious from the way he takes it. And what happens later. 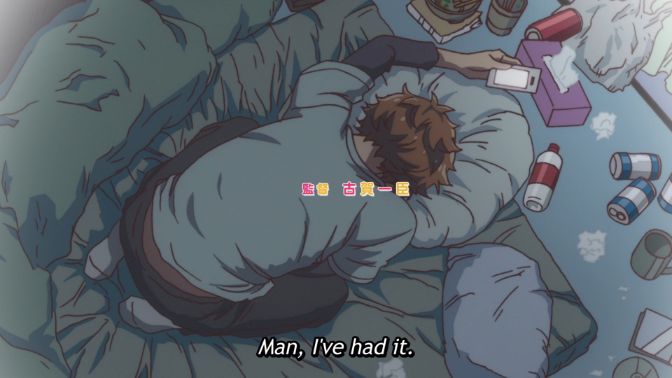 Heartbreak is hard especially the younger you are. And especially when you have naive ideas of what love is, or you have skewed ideas of your partner that doesn’t reflect reality.

Like how Kazuya thought Mami was an angel, which is really just his own optimism as opposed to the reality itself.

He’s relatable in that way.

But at first, this anime made me cringe.

It was awful. It was bad. And the MC having no backbone, kissing up to girls (and how it was expressed) only made it harder on the quality. 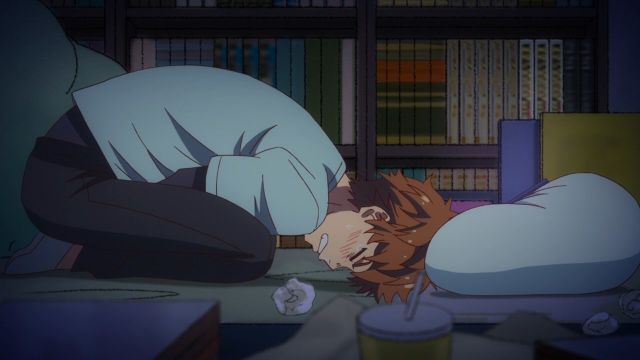 Kazuya’s relentless SIMPING only makes it more unbearable to watch as well. Because he means well, but is having the piss taken out of him.

It’s like he refuses to accept it and holds on tight with desperate hope of things “repairing” themselves.

It’s things like this that makes the first few episodes tough to watch. More so the first episode.

But thatâ€™s ironically what made me curious. I wanted to see how this mess turns out.

It wasn’t an anime I would have recommended in the same way Iad recommend Wonder Egg Priority from the first 5 minutes of watching.

Or how I got hooked on Saiki K within the same time frame (5 mins).

Mami Chan, or Mami Nanami is an absolute b*tch. That’s no secret to anyone watching the series.

She knows what she wants and she knows how to get it, even if it means manipulating people weaker than her (mentally), or taking advantage of situations and playing it off as if it’s cool.

It’s a realistic representation of many toxic girls who mirror this way of thinking and behaving towards Men with low self esteem. 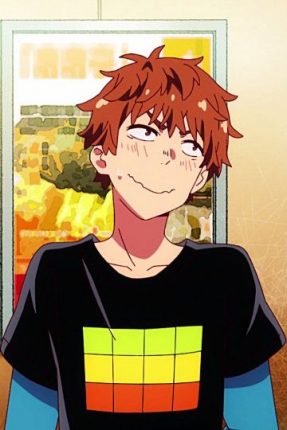 Kazuya is also a realistic representation of MANY guys in the real world. I’m surprised some people believe it’s not realistic when this kinda sh*t happens everyday.

Many men (no pun intended) suffer from low self esteem. Some just hide it better than others.

For those who wear their hearts on their sleeve, they’re the ones who tend to pander to women the mostâ€¦. At their own expense.

Even if girls (or their girlfriends talk down to them, they’ll overlook it because of how they feel about a girl in particular.

It’s the kind of realism that makes this anime come alive. Even if it’s an aspect that makes you wanna jump on a knife standing up, balls first.

The cliches come hard in the first episode as well. The anime doesn’t hold back and things get cringey.

It’s the typical set up where a character ends up in an “awkward” position with the girl he likes, and ends up getting b*tch slapped because of it.

If you get through this stage of the anime, there’s a lot of gold to come.

Relevant:Â 11 Anime Shows That Start Off BAD But Get Amazing Afterwards

There’s hope down the line 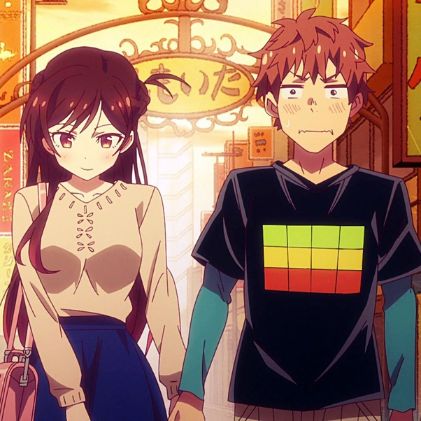 The awkward situations with Kazuyaâ€™s Grandma, his friends, etc. I didn’t know what to think.

A few episodes later (maybe episode 3-5), this “bad” anime became one of the best rom com anime I’ve ever seen.

It just takes time to hit the right notes.

The comedy starts to hit and the charm starts to show itself from episode 3-5 onwards. There are cliches, but the anime more than makes up for it.

There’s a good reason why this anime, despite the lower than expected MAL ratings is such a good anime.

Not to mention why it’s a GOOD anime and worth the patience.

Chizuru is the anime’s saving grace 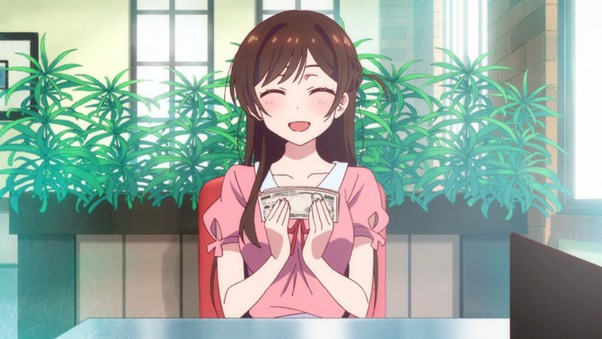 The anime is solid thanks to characters like Mizuhara.

She’s the main rental girlfriend, and for me she makes the entire series. She’s written so well that the anime would fall apart without her involvement.

It’s the way she handles her job like a pro. Never mixing business with pleasure, or at least never intending to.

She does the â€œmatureâ€ thing and pushes feelings to the side, even if it means short term inconveniences for the moment.

It’s the type of job where you’re literally giving insecure guys hope by being their pretend girlfriend.

So getting attached is a VERY bad thing when yo’re as popular and recommended like Chizuru.

The way this is articulated and how it drives the direction of this rom com is an art in itself. 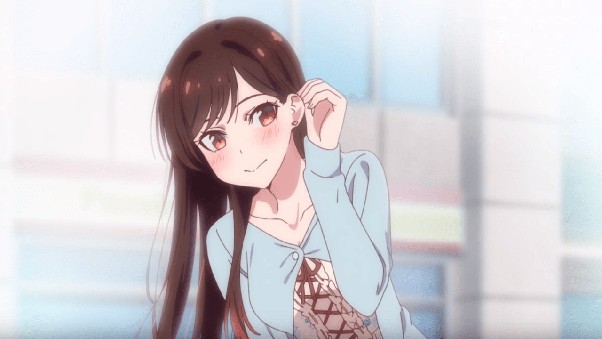 The anime does a sick job of bringing you into that world, giving you context, and letting you see the not so pretty side ofâ€¦. being pretty.

Plus doing something most assume is easy money or cool.

I’m not sure whether people notice this part of the anime or not, but it’s an important part that makes the anime shine

Chizuru is a solid character who carries the anime forward.

Related:Â The Best Female Anime Protagonists Who Are Strong, Smart And Capable 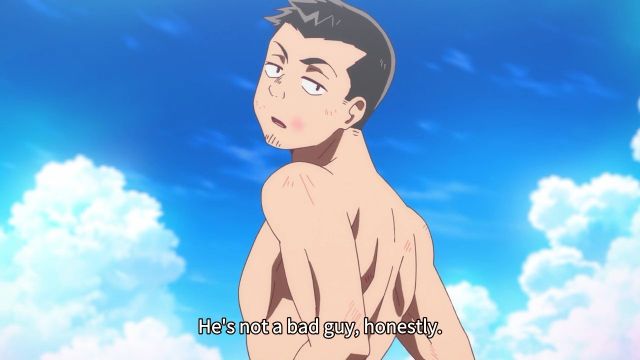 Kazuya’s friend KIBE is one of the stars of this show. And he doesn’t even get the most screen time either.

Not that he needs it really. He serves his purpose so well as it is.

He stands up for Kazuya when Kazuya is too weak to do it himself. And even punches some sense into him during one scene.

It makes you as a viewer feel like Kazuya is lucky to have him as a friend. And Kazuya himself realizes it.

The context of his role will grab you. It’s a quality moment that makes the series shine.

Ruka SarashinaÂ starts off as another support role, and another rental girlfriend.

She shakes up the anime’s plot and twists the direction a bit. Especially when it’s needed.

Though irritating at first, she’s the most direct, honest, and straightforward of all the girls of the series.

She stands out in her own way. 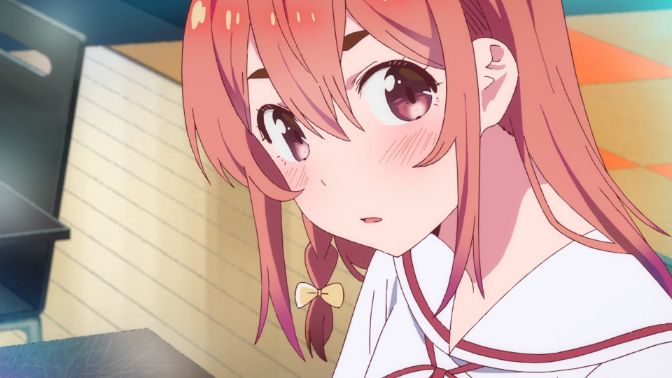 Sumi ChanÂ brings a relatable introvert element to the mix.

She’s a beginner rental girlfriend, is quite as F, but tries her best to make her first day the best it can be.

Of all the girls she’s the purest and most innocent. But as far as what she brings to the anime, it’s growth to both herself and Kazuya especially.

It all happens in the span of 1 episode, but what’s captured is important to the series.

A rom com worth its salt

Chizuru is like Zero Two in how strong her role is in the anime, except the anime itself is well played out to the end.

But that’s just my view.

Kazuya, his friend, and others (like Grandma) make the anime good as well. He gets his moments later-ish.

But Chizuru’s role in making the anime can’t be underestimated.

I can’t recommend the anime enough.

Does Rent A Girlfriend Deserve All The HYPE & Popularity? (Review)

26+ Of The Best Rent A Girlfriend Quotes For Anime Fans