Kpop started in 1992, believe it or not, and was inspired by Hip Hop in the USA.

That’s where the term comes from.

Its evolved a lot since then.

Anime on the other hand started decades before Kpop, with some of its influence coming from Disney and Hollywood.

Both are extremely popular worldwide, but side by side, there’s a clear difference in which is more famous.

A minority believe Korea is overtaking and Japanese media with Korean media and , but the stats don’t lie.

Kpop vs : which is more popular? 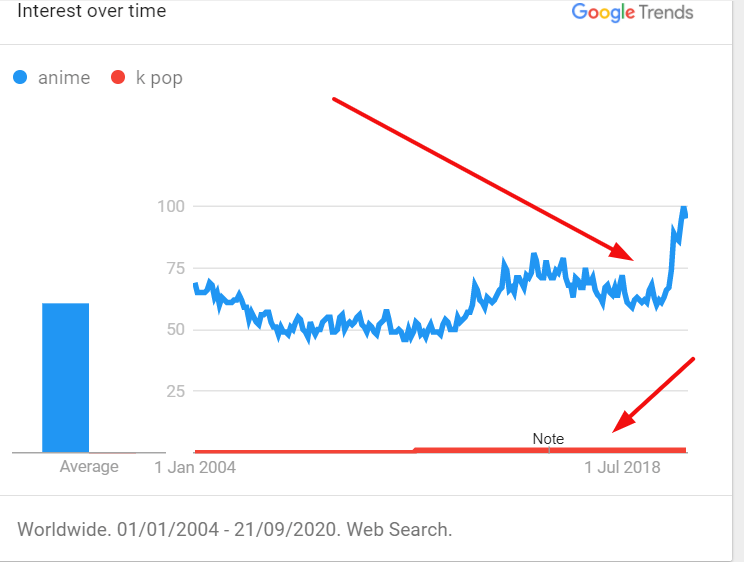 Taken straight from Google Trends, Kpop doesn’t even register when compared to .

Kpop’s so small in comparison as far as popularity online, that you can barely see the red line on the graph.

This data comes from people searching for vs kpop through Google’s massive search engine. And everything related to both topics. 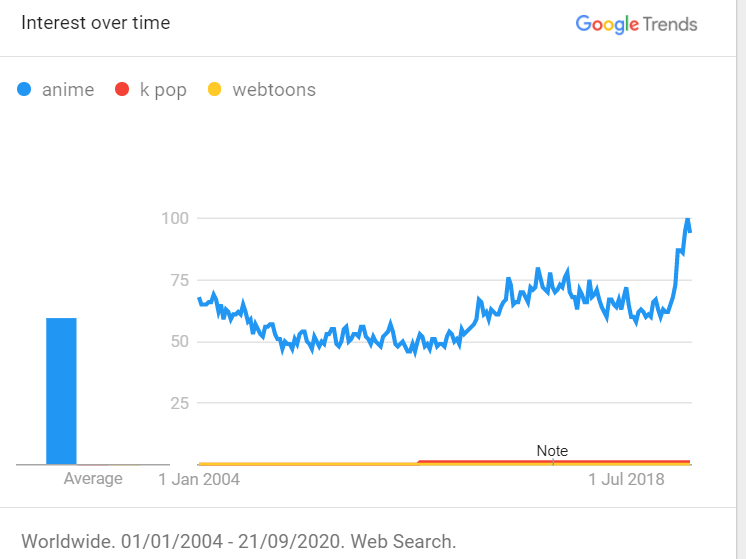 Even if we add webtoons to the list, a format a few people claim “will threaten ” is less relevant than kpop, when compared.

It’s safe to say Kpop has a long way off before that ever happens. But if you ask me It won’t.

The influence of Kpop vs is a different story 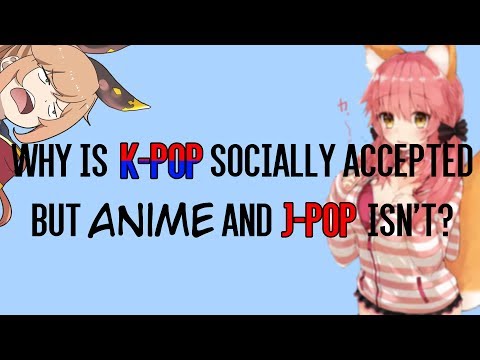 Let’s focus on the title of this video, which is why is K-POP socially accepted but isn’t?

Think about the graph I just shown you, and how the popularity between Kpop and is incomparable.

Even with that, anime still struggles to be “accepted” in mainstream society… At least compared to Kpop. 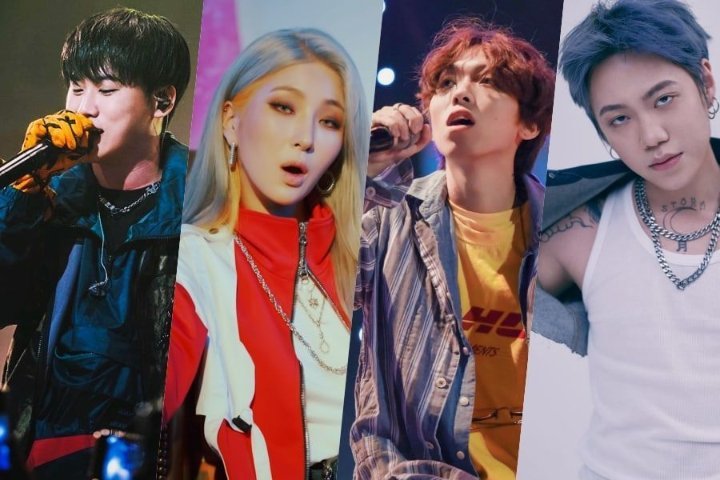 Now that I think about it (I think while I write), Kpop is REAL human beings.

That’s obvious, but it’s relevant to the reasoning of why Kpop is more socially acceptable.

With Kpop they’re musicians, humans, and celebrities people relate to and like for different reasons. But the human element is probably the most here.

My own niece is into Kpop. The influence is undeniable. 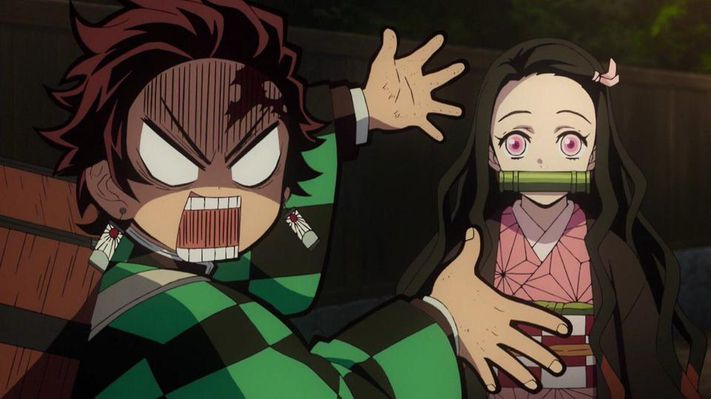 Anime on the other hand is fiction. Nothing about it is “realistic” if we’re being literal.

“really” blew up in the 2000’s, when the internet took over and promoted like never before.

Even with a head start on Kpop, to this day, there are people who judge and belittle you for liking anime.

Some will even shame you for it.

I’d say the reason for that even if it’s not justified, is because anime is based on fictional characters and drawings.

Haters use that as leverage, as an excuse to make all kinds of accusations relating to ‘s social standing. And why it shouldn’t be socially accepted.

Subconsciously that’s likely the reason why “Kpop” is more accepted, despite being nowhere near as popular as anime. 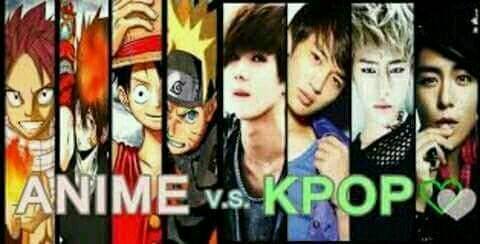 Why Anime Fans Hide Their Interests From Other People