Motivation may receive a commission from “Rightstuff ” for any merch you .

Many fans across the world believe is .

And in some cases believe they’re overpaying for what they’re buying.

These screen-shots of questions related to merch are proof of that….

But the real question is:

Google’s definition is obvious to anyone:

costing a lot of .

But this is subjective for many reasons.

First, the average everyday person (at least in western society) owns either an Apple MacBook, an IPhone, an Android smartphone or Windows computer. 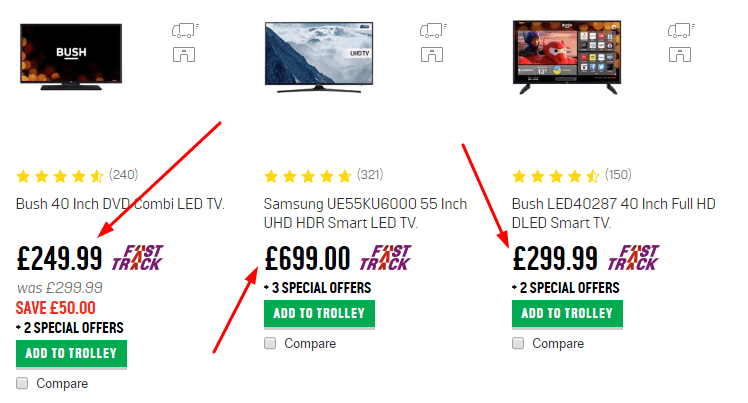 Compare that to the average cost of

The average product (like the device you’re reading this from) costs more than the average merch.

Even if we compared TV’s by themselves, the average price is still much higher than merch or .

And yet almost every one of us owns a TV, phone, computer, or even a gaming console.

Of course, there are rare exceptions when costs £500-£1000. But that’s not typical or the “average” cost either.

Now we’ve cleared that up, here are 6 possible reasons why is .

Whether that’s in Japan, USA, UK, or anywhere else in the world.

The industry seems a lot like the business. The creator is paid the least out of anybody. Even though they’re the creators of the product (in this case, an show).

So when you from retailers online or offline, keep this in mind.

Not because it has anything to do with retailers directly.

No. But because if these salaries were any higher, would make no for the industry itself. As it stands anyway.

Or put another way: The industry as a whole doesn’t make enough yet.

It’s a complicated topic but also a possible reason.

If you prefer video, you can watch this video done on the same topic. 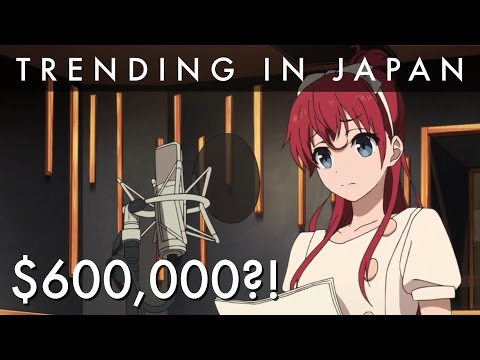 They say the average episode costs $100,000 to produce. According to a 2015 post shared by Crunchyroll.

If you take an with 12 episodes, that costs the studio $1.2 million (before taxes).

If you take an like , a wild guess would put it anywhere near $30-$50 million to produce ALL those episodes.

Of course, is successful and makes tons of .

Not many shows can say that.

And that’s why is used to make back (and even more) from the shows studios lost out on. Because of a lack of sales.

a sentimental longing or wistful affection for the past, typically for a period or place with happy personal associations.

Think about the best series you’ve ever watched.

Can you feel that? That feeling brings back good memories and makes you feel warm inside.

And this is the reason collectors . To recreate that feeling, or to support the they’re so inspired by or passionate about.

has this kind of effect. And so, is priced for those who will it regardless. Because they’re willing to support their favorite shows no matter what.

We all do this.

Or preorder a new version of an upcoming video game. Or why we a brand new IPhone when it’s not much better than the last model.

Nostalgia sells. And for the reasons above – it always will. Nostalgia creates its own demand.

is one of a kind.

Unlike smartphones, pencils, food or clothes, you can’t walk into any store and expect to merch.

Only specific retailers sell , , plush or ‘s across the world.

And that’s what makes merch such a novelty product.

The more unusual, original, or hard-to-find a product is, the more it costs. Because it’s far from a commodity which can be bought anywhere and everywhere so easily.

Just as Goboiano stated in their post, some ‘s don’t make enough at all.

So what do you do when the thing you shove into doesn’t turn a profit?

You create and release , and depending on how well it sells, it’ll make back those lost profits.

And when fans like you this , that proves how valuable it is. And so the industry creates (or re-releases) more high quality .

Then the industry benefits and has more to fund shows. And the cycle continues….

Everyone knows and CD sales have declined for years.

Look at the industry. They’ve seen sales decrease since 2000.

And the industry is no different.

Why? Because the internet has taken over. And the industry has been slow to adapt and innovate.

Regardless of whatever your opinions are on Piracy, it happens because:

The fact is – all these reasons (and more) make it too inconvenient for fans to pay for or support . And so, the industry suffers with a predictable decline in sales.

That’s where comes into the picture.

supplements the industries sales, and because each item is novelty, it’s not . (Unless you fake counterfeit )

Imagine if a company like Gucci or Versace suddenly made their items .

How long do you think they’d last? Their would no longer be luxurious or high quality.

The higher the quality, the more it will cost.

Why do figures cost so much?

It’s not just in general. Fans also have questions about why figures are so .

Or why nendoroids cost what they do… (Even though ‘s are compared to others).

With that said, here are some answers:

If you’ve ever bought your own figure, or you know a friend who collects figures, then you know each figurine feels premium.

Looks premium. And has the type of quality that will blow the minds of the average collector.

That’s because manufacturers put a lot of effort into creating high quality materials for each figure. 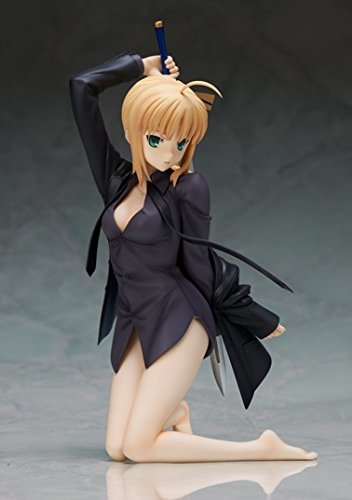 Aniplex Limited Fate / Zero Saber 1/6 Scale PVC figure Shop with Amazon
We earn a commission from Amazon & other affiliates if you make a purchase at no additional cost to you.

See this Saber Statue above? It’s one of the latest released in 2018, courtesy of Fate Stay Night.

It’s made in-house and manufactured with high quality PVC materials (and other parts).

It’s the reason the attention to detail is so precise. Almost as if it’s straight out of Fate Stay Night itself! Seriously, it’s a masterpiece.

So if an figure “costs a lot” you can bet the quality of that figure is priceless.

And aesthetically pleasing to look at.

2. Supply and demand plays a big role in figure prices

The supply of figures is scarce. By definition they’re rare collectibles that usually don’t resell once they’re out of stock (unlike a commodity like a Vegetable or a mug for example).

This is true with all collectibles. Hence why fans collect these items in the first place.

No sense in collecting IPhones when everybody can get their hands on them, right?

It’s the same reason the latest IPhone X cost Â£1000 when the average Android phone is less than half that price.

Or why an Apple Macbook costs Â£1000 or more, and your average Windows computer costs half that. Or less.

The harder it is to attain something, the more it costs because demand goes up, and supply goes down.

Often customers have no clue what’s going on behind the scenes of business.

Sure, things “could” be cheaper. But we can say that about almost any product that’s not considered ““.

The reasons in this post aren’t concrete. But they do have supporting evidence that makes it legit.