Don’t Toy With Me, Miss Nagatoro is a rom com anime series in a slice of life setting.

It started out as a , and has a BIG fanbase.

It first caused a minor controversy when announced in early 2021, but most of it is unfounded and attention seeking drivel.

The main character: Nagatoro, teases her senpai at every opportunity. And is secretly interesting in him.

The line between bullying and teasing is for you to decide though.

Here’s some anime comparable in style and characters.

1. Uzaki Chan Wants To Hang Out 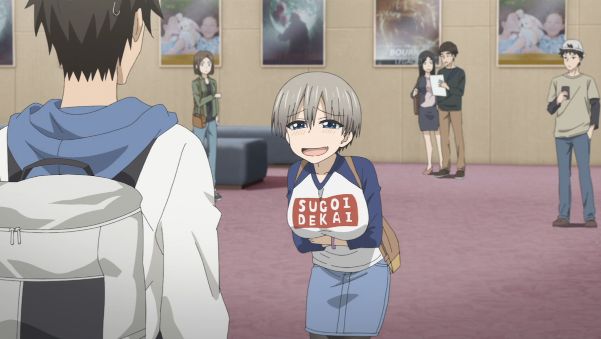 Uzaki Chan Wants To Hang Out isn’t a surprising choice for this list, but it’s a necessary one.

In this Ecchi series that stirred controversy before and after releasing, Hana Uzaki pesters her senpai.

A guy she’s into.

As an extrovert it’s clear to see how much she annoys her Senpai, who’s introverted but has a backbone.

Fan service is a common element in this series, but the art is more basic despite the similarities.

Relevant: 14+ Of The Best Ecchi Anime That Are Worth Considering 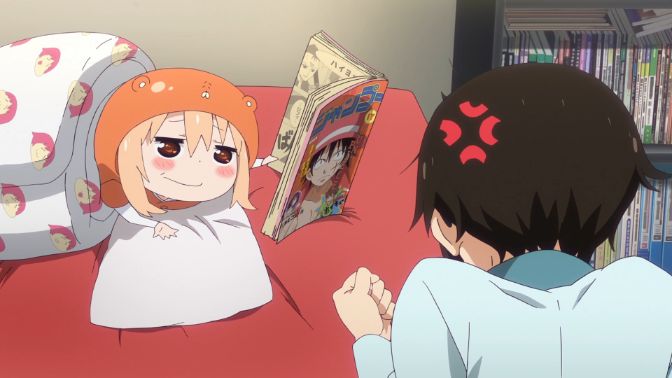 Umaru Chan is about the main character: Umaru Doma. The younger sister of Taihei Doma.

He’s the reason Umaru has a place to stay, is fed, and the flat is kept clean and tidy.

At school she’s the perfect girl, but at home she’s a couch potato who’s lazy as F and annoys the sh*t out of her brother.

When she doesn’t get her way, she takes advantage of a situation to be petty.

There are some wholesome sibling moments.

The similarities between this and Nagatoro are clear.

Relevant: 19 Of The Most Short Tempered Anime Characters 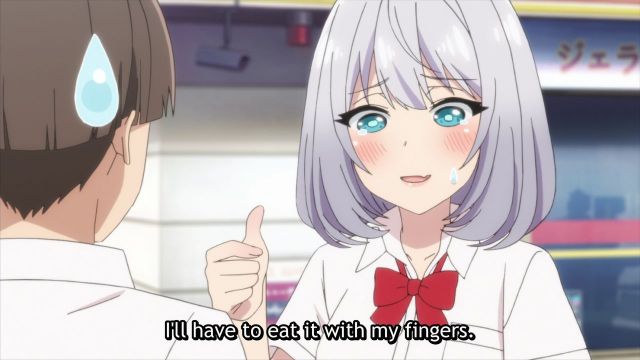 Magical Sempai is about an eccentric female character who has no name other than Senpai.

She’s troll-ish, weird, odd, and is the main highlight of the nonsense comedy of this anime.

Magical Sempai is Ecchi so you can expect different things when it comes to fan service and comedy. 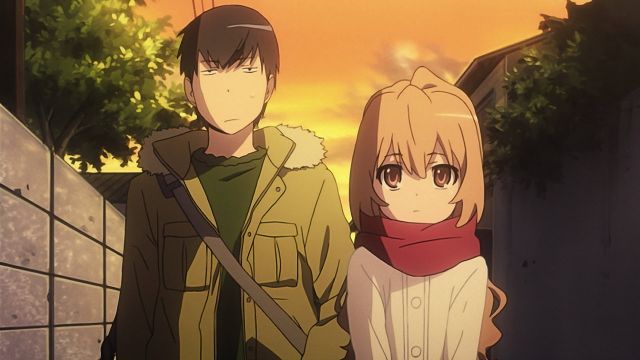 is a classic slice of life, rom com series by J.C Staff. I’s about Taiga Aisaka, a Tsundere.

For the first couple of episodes we see Taiga abusing, punching, kicking Ryuuji Takasu at every opportunity.

The anime does get better later and their romance starts to pick up. And the anime’s drama starts to unpack.

Like Nagatoro San, it takes time for things to improve. 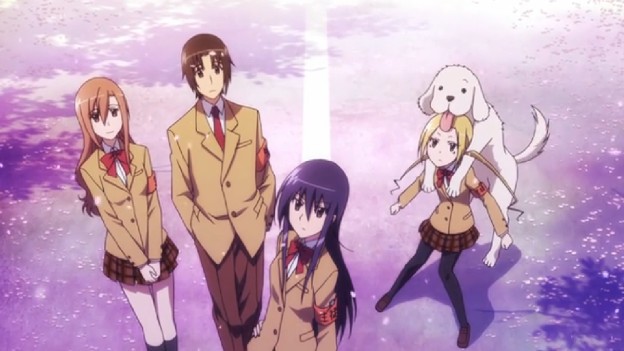 Seitokai Yakuindomo is an anime about lewd jokes and inappropriate comments in conversation.

The typical characters to do this are Shino and Aria. Hagimura and Tsuda are the normal characters of the show.

What makes the anime somewhat similar to Nagatoro is the troll nature of the female characters. And the sarcasm that comes with it.

They’re both slice of life as well, and it should be a good anime to transition to from watching Nagatoro. 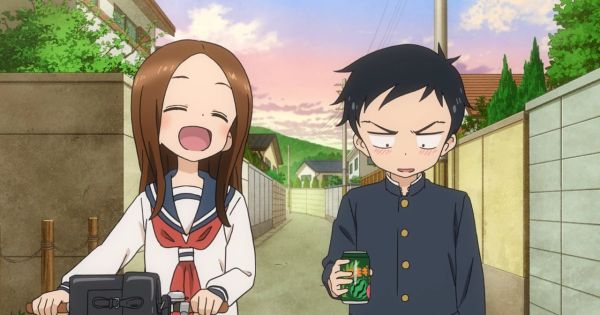 Skilled Teaser Takagi is an anime specifically about teasing. Making it a level lower than Nagatoro, and more “acceptable”.

The teasing, the sarcasm, and the rom com here is more cute, innocent, and playful than anything else.

You’ll either enjoy it because of that, or you’ll see it as another generic anime. But it has staked its claim in the community. 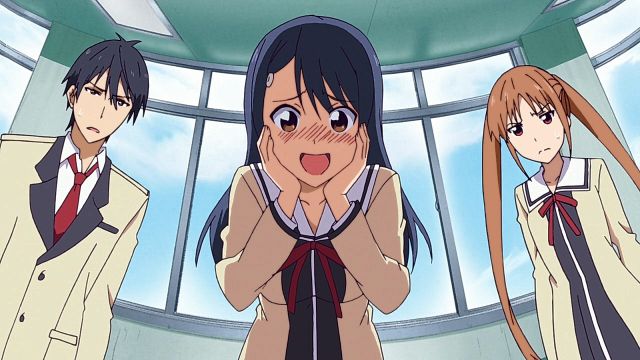 Aho Girl is about Yoshiko, a dumb girl with a banana stand. And one who LOVES eating Bananas.

The premise is stupid but that’s the whole point. The comedy is extreme.

Because of the extremes the anime goes to, you’ll either love it or hate it to death.

There’s no in between. 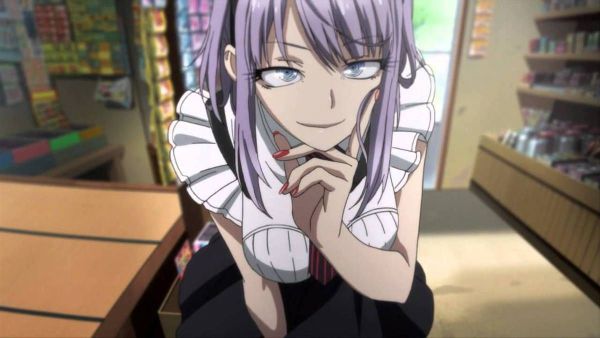 Dagashi Kashi is an anime about cheap Japanese sweets. And a girl who’s the daughter of a Dagashi company’s owner.

She visits Kokonotsuâ€™s shop (which sells sweets) and they have eating contests in a lewd, innuendo fashion.

Fan service and all that good stuff.

I’s not on the same street as Nagatoro, but more like just around the corner for its similarities. 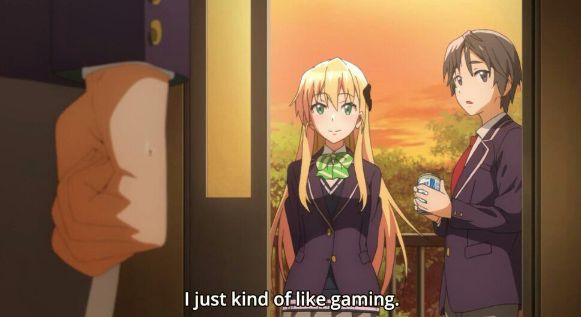 Gamers is more like “In the neighborhood” of Nagatoro San for similarities, rather than next door.

It’s about gamer girls, guys, Otaku’s, and their romantic misunderstandings in school.

The comedy has an extreme side to it like Aho Girl, but is focused on game jokes and inside jokes.

The relationships between the characters, on some level, does share a resemblance. And is worth trying out. 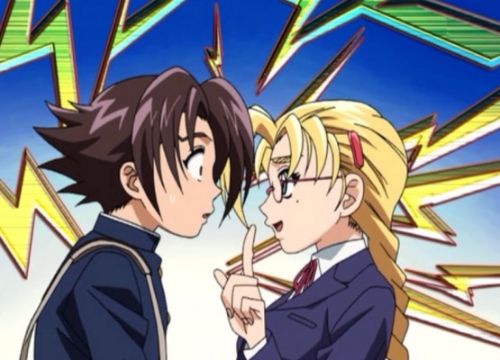 Kenichi The Mightiest Disciple is not a rom com series, but it does have hints at romance.

The main character starts out weak, just like Naoto, but becomes stronger through martial arts and learns to defend himself. And even stands up for others.

It’s an anime to consider if you’re a fan of Nagatoro, for its vague similarities.

What other anime are worth mentioning?

11 Of The Most Interesting Dark/Light Skinned Characters In Anime

Anime Controversies In 2021 That Will Break The Internet