Over the past few days Nagatoro has been part of a MASSIVE controversy again. But this time not for minor reasons.

fans on Twitter have come out swinging with their racist remarks, rhetoric, slander, and abuse.

It all started over nothing.

A case of “living rent free” inside the minds of racists who create problems that never existed.

It started from ‘s dubbed VA announcement for Nagatoro

was on their rounds, announcing their many voice actresses (and actors) on Twitter.

They shared plenty, including white voice actors and whoever else for various characters in the .

But the moment a black face sown up, these so called fans who follow shown their true colors.

They did it callously and without hesitation as well. 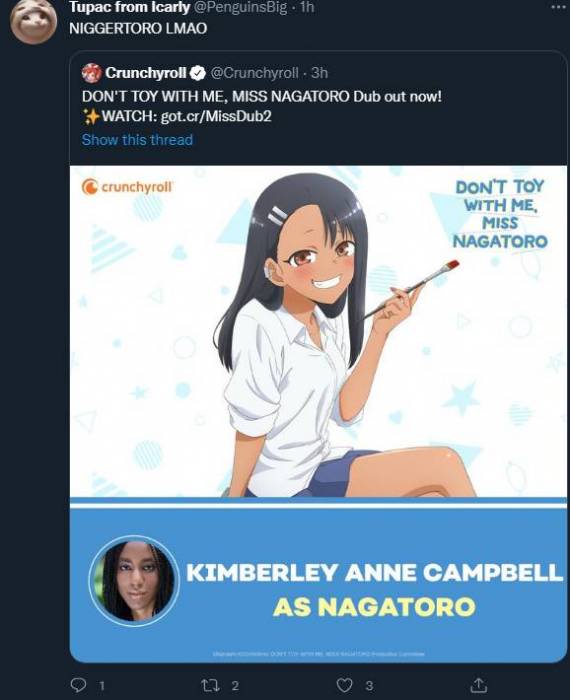 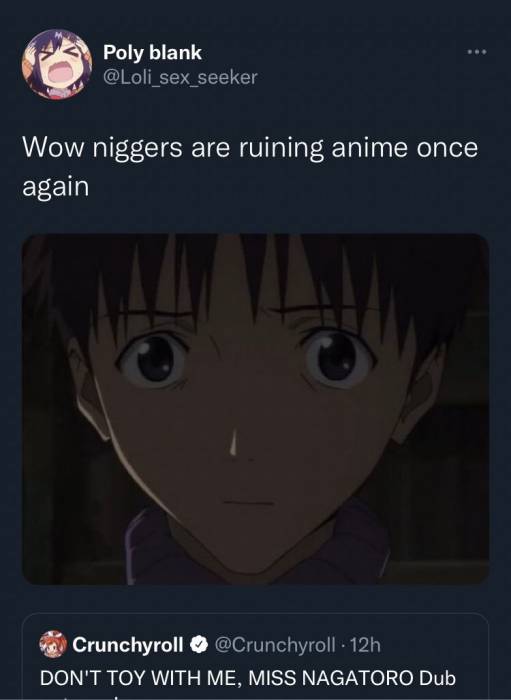 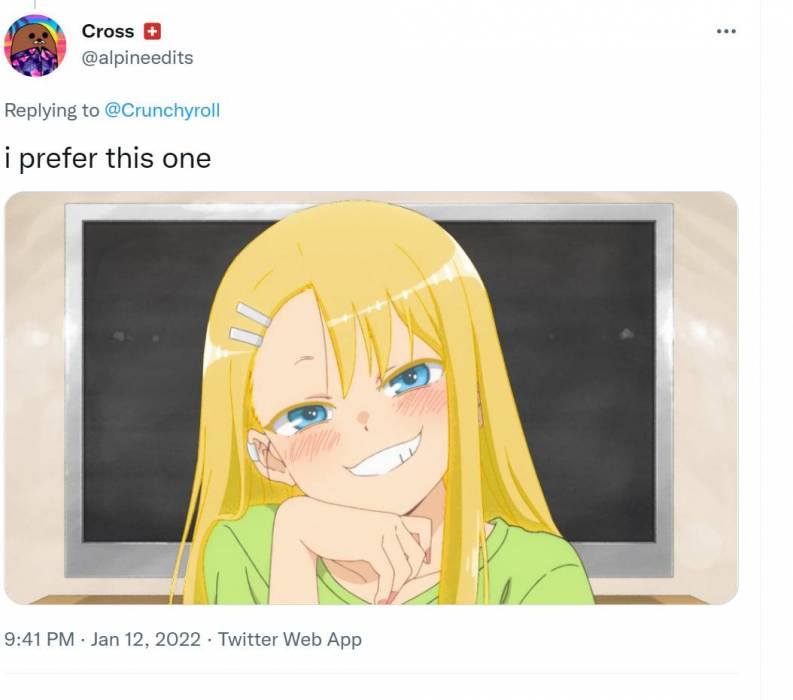 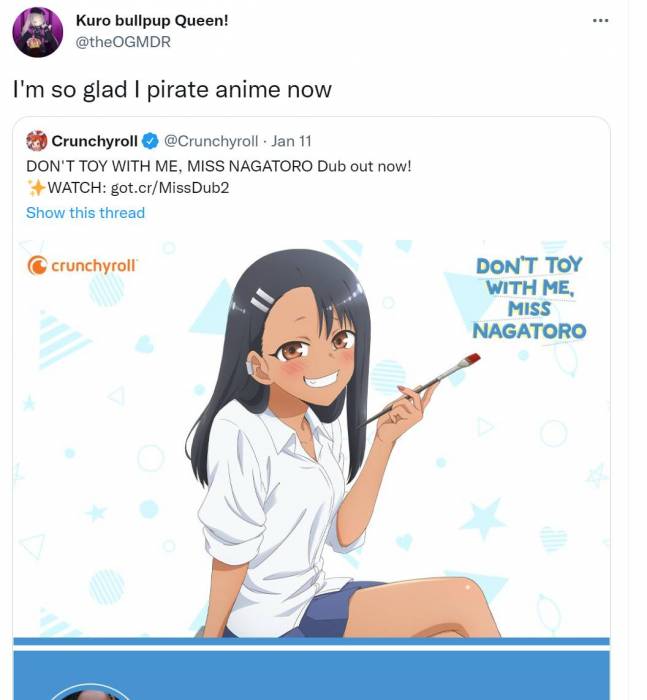 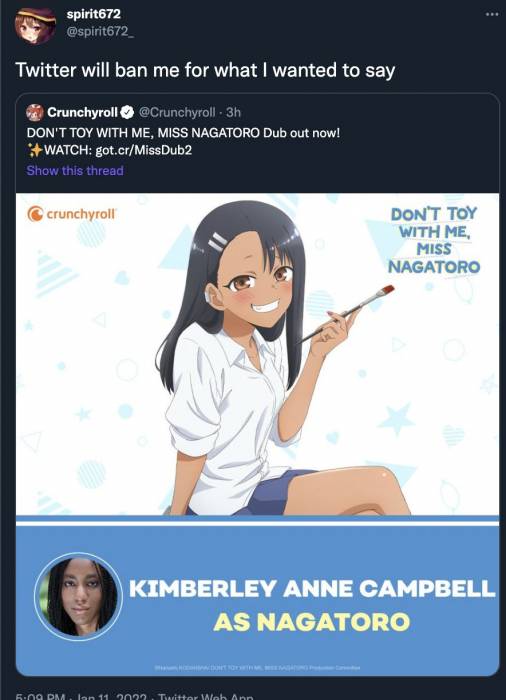 There’s so many racist quote retweets you wouldn’t believe it.

Imagine how many kids were exposed to it.

Anituber Forneverworld called it out

So there’s no beef with a white guy playing senpai (a Japanese character) but dudes is up in arms slinging racial slurs about a black woman playing Nagatoro? The racism be clear asf in the community. Shits NASTY. https://t.co/EjnAaeVrpC pic.twitter.com/nODwqS7jfH

A VERY LARGE majority of dub actors are white playing Japanese characters but u never hear a whisper of it until a p.o.c grabs a role then OMG THE CHARACTER IS JAPANESE. GTFOH

“A VERY LARGE majority of dub actors are white playing Japanese characters but u never hear a whisper of it until a p.o.c grabs a role then OMG THE CHARACTER IS JAPANESE. GTFOH.” – Forneverworld

This part of his message is on point. It’s nothing but facts.

Many people, especially creators, writers, journalists and youtubers don’t wanna acknowledge this fact, and will instead stay silent.

They’re complicit in the double standards and are more interested in dumb shit like someone arguing about Uzaki Chan’s tiddies or some other minor thing that gets blown out of proportion.

Fuck the lot of em.

In case you’ve been living under a rock lately, Nagatoro is an that sparked controversy because SJW’S in the west got mad over nothing.

The controversy and outrage soon died out, but not before inflating the ‘s popularity.

The plot is about Nagatoro bullying Senpai, which them progresses to teasing, flirting, and then into a romance between the two characters.

After Kimberley Anne Campbell got the roll recently to voice Nagatoro in DUB, many of ‘s followers lost their minds and shown their true colors.

This nonsense will only stop when people call it ot collectively and refuse to allow it to happen.

I’m pointing the finger at you , , youtubers and whoever else who’s ALWAYS silent on these issues. 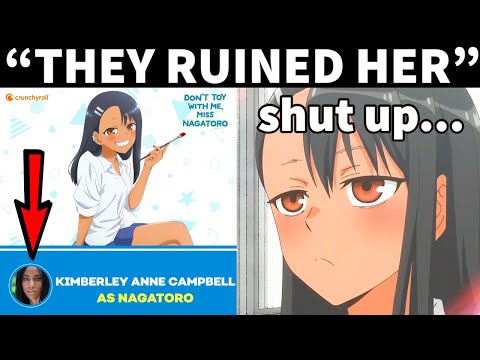 15+ Of The Greatest Anime About Discrimination And Racism!